5
Posted 2nd May
WHAT AN AMAZING LIFT! pulled it with ease, i really do feel he can do the 520kg says.


Hafthor ‘The Mountain’ Bjornsson has made history by becoming the first man in history to deadlift 501 kg / 1104.5 lbs on a conventional barbell – edging past Eddie Hall’s four-year old record. 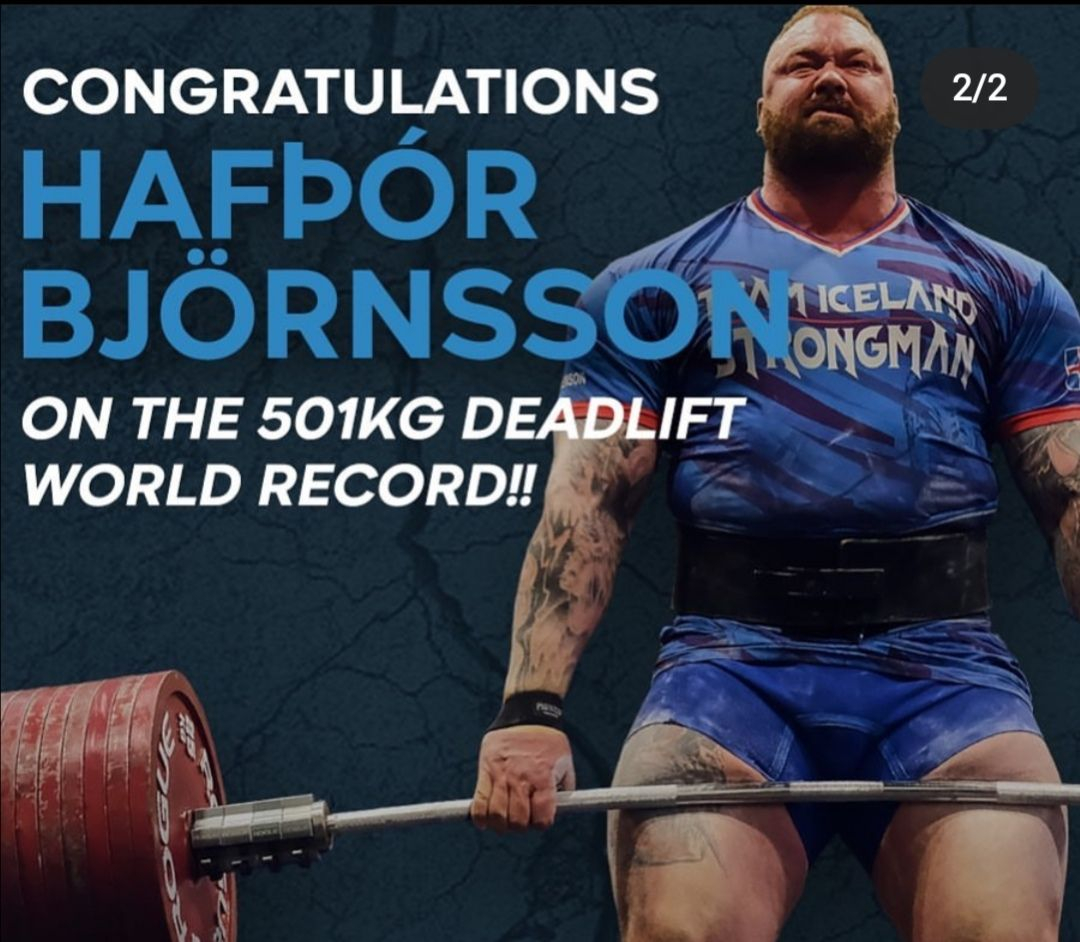 On the press conference after the record was set
Thor then called Hall out for a boxing match as he called on his Strongman rival to put his money where his mouth is and sign a contract to fight him.

"Core Sports just offered me a seven figure contract, which is the biggest contract of my life. I've signed it already.

"Eddie Hall has been running his mouth for two weeks now and I now that he got the same deal.

"So Eddie, I just knocked out your record, and now I’m ready to knock you out in the ring.

"Time to put your fists where your big mouth is and sign the Core Sports contract.

"I’m ready. Are you ready, Eddie?"
PostTweetShare Share with WhatsApp Share with Messenger
Community Updates
Misc
New Comment SubscribeSave for later
5 Comments
3rd May
All respect to The Mountain. However it is four years since the bar was set by Eddie. That’s an awful long time to get just 1kg more. Agree he made it look easier but 4 years since 500kg was psychologically possible plus Hafthor is naturally such a bigger man. Eddie will never lift more than 500kg but he did set the record. There’s more to come from Thor
3rd May
The rest is just money making PR & a little tragic just like KSI & whoever.
3rd May
On an equally sideshow note; Tyson (the OG, not the so called Gypsy King) is dusting off his gloves. He is still FAF ‌ ‌
3rd May
Eddie Hall must be dehydrated from all the salty tears he shed at his record being broken
3rd May

I think he'll be okay when he presses 250