EDITOR 8
Posted 10th Feb
Aldi appears to be putting a flavoursome twist on an easter tradition, by offering new flavours of the always popular hot cross buns. Releasing in stores from 27th February, the additions are to include; 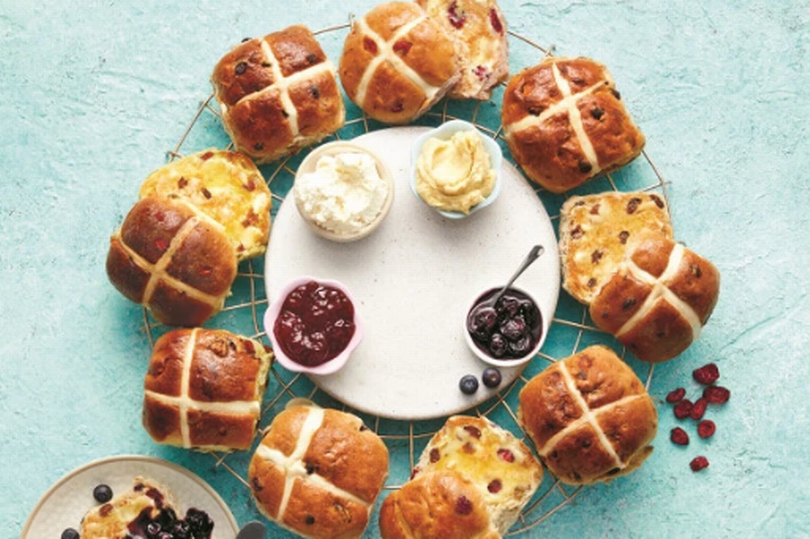 
"Filled with candied dried rhubarb and white chocolate chips, they’re sure to have you hopping into store this Easter. Available from 27 February."


"The heavenly buns are full of rich Belgian dark chocolate and chunks of salted caramel and toffee fudge pieces – cue the mouth-watering. Available in store from 30 January."


"Inspired by the dessert classic, the indulgent Sticky Toffee Pudding buns are made with dates and toffee pieces, and will be available to purchase in store ready for Easter from 27 February."


"The hot cross buns are packed with flavour, made with cranberries, lingonberries, blueberries and sultanas. Available at Aldi’s everyday amazing prices from 27 February."


"If the chocolate buns feel too indulgent, Aldi’s a-peel-ing Specially Selected Kentish Bramley Apple Hot Cross Buns are sure to hit the spot thanks to the sultana and Bramley British apple filling. Available in store from 30 January.


"The luxury hot cross buns have a rich buttery taste and are packed full of juicy sultanas and raisins. Available in store now."

Thoughts? Any particular flavours getting your attention?
ALDI Deals
PostTweetShare Share with WhatsApp Share with Messenger
Community Updates
Retailer Offers and Issues
New Comment Subscribe Save for later
8 Comments
10th Feb
Hmm all sound good, I’ve always liked Aldi’s buns. Lots of fruit in then. Not like some other shops
10th Feb

My local greengrocers has a lot of fruit in it.
10th Feb
Some are in stores now.
10th Feb
Argh!!! I had a problem with hot cross buns as it was. Now they made a raspberry and chocolate flavour! Dammit! Think I’ll be stocking up on 28th! Thanks op my waistline appreciates your post
10th Feb

My thoughts exactly! I now need to try all 7 just to be sure which I prefer.
10th Feb
Sounds delicious especially with some lurpak
10th Feb
Ohhh, me likey. I'm going into Aldi more and more these days so will try a few of these
10th Feb

My local greengrocers has a lot of fruit in it.

Mine doesn't, its a vape shop now