deleted244274615
Posted 1st Jun
So my daughter bought a food mixer from Amazon, she was very happy with it and my wife decided she would like one too. By this time they were out of stock but available to pre-order. I assumed they wouldn't take the payment until it was stocked and ready to be despatched but they took the money straight away. Fair enough I thought, maybe the stock is imminent.

3 weeks later it's still not in stock and they have no expected date and this got me to thinking. We know Amazon sell many, many items. Let's say for round figures there's a thousand items out of stock and on pre-order with an average cost of £20 and 500 customers order and pay upfront. Even on this conservative estimate that's £10m of customers money that Amazon are sitting on. Even if the items never come into stock and they eventually refund every customer and allowing for transaction costs they stand to make an awful lot of money from not selling you something.

Also a loan isn't wealth, you have to pay it back. Otherwise it wouldn't be a loan. Jeff is wealthy because he's one of a handful of people in the world with the skill, intelligence and drive to build a company from nothing in to one of the worlds largest in less than 30 years
15 Comments
1st Jun
Changed to this a little while back, you have a choice of not pre ordering and keeping your money or bite the bullet.
1st Jun
They dont get the money to earn any interest on. Its ring fenced from your bank and not show as available balance until they ship the product. Much like some hotels do with a pre-authorisation for charges to a room or breakage deposits and such. Not defending the practice but just saying they dont earn interest on it or get to "use" the money.
Edited by: "cecilmcroberts" 1st Jun
1st Jun

Correct they have taken my money in the past as well.
1st Jun
Amazon make the bulk of their money through AWS not through the shop
1st Jun

What is AWS?
1st Jun

Internet hosting and online services. Amazon Web Services, its a licence to print money.
1st Jun
they do take the money but not on all orders, reality is though they arent making a fortune out of you though due to the low interest rates, just look at the monthly libor rates 0.093 on Friday, at £100 its pennies over a month, which will either go to profits or keeping the prices down. Do a webchat with them if its taken a while and they have taken the money, bet they will give some credit or extend prime for it.
1st Jun
I don't think Jeff really needs a loan TBH

Also a loan isn't wealth, you have to pay it back. Otherwise it wouldn't be a loan. Jeff is wealthy because he's one of a handful of people in the world with the skill, intelligence and drive to build a company from nothing in to one of the worlds largest in less than 30 years

That's what I initially assumed they would do but as others have confirmed they have actually taken the money.

One thing the pandemic has highlighted for me is the financial fragility of even the biggest businesses, after the first couple of weeks huge global concerns were asking for bailouts in order to survive. The world runs on debt.

Amazon is clearly at the other end of this spectrum and thriving in the current conditions and I wasn't suggesting that they needed to borrow or that Jeff isn't a exceptional businessman. But more cash flow is better for any business and if anything I'm highlighting just what a clever and crafty operator he is.
1st Jun

I honestly thought it still worked the same as it was just a change to how banks displayed it. Same as not being able to show available balance as including any arranged overdraft. I had one a few weeks ago, on my banking app (Ulster Bank) it displayed under pending transactions, was taken off my available balance, the day I got the shipping email from Amazon it moved into normal transactions part.
Edited by: "cecilmcroberts" 1st Jun
1st Jun
Yet another fake catastrophe after the one about "thieving Amazon drivers". Everything is written out in the sale terms, just read them once in a while if you are bored.
1st Jun
If your smart like me , you pre order with a bank acount with no money in , order sits there waiting for payment every week just re select the card that has no money and repeat until instock 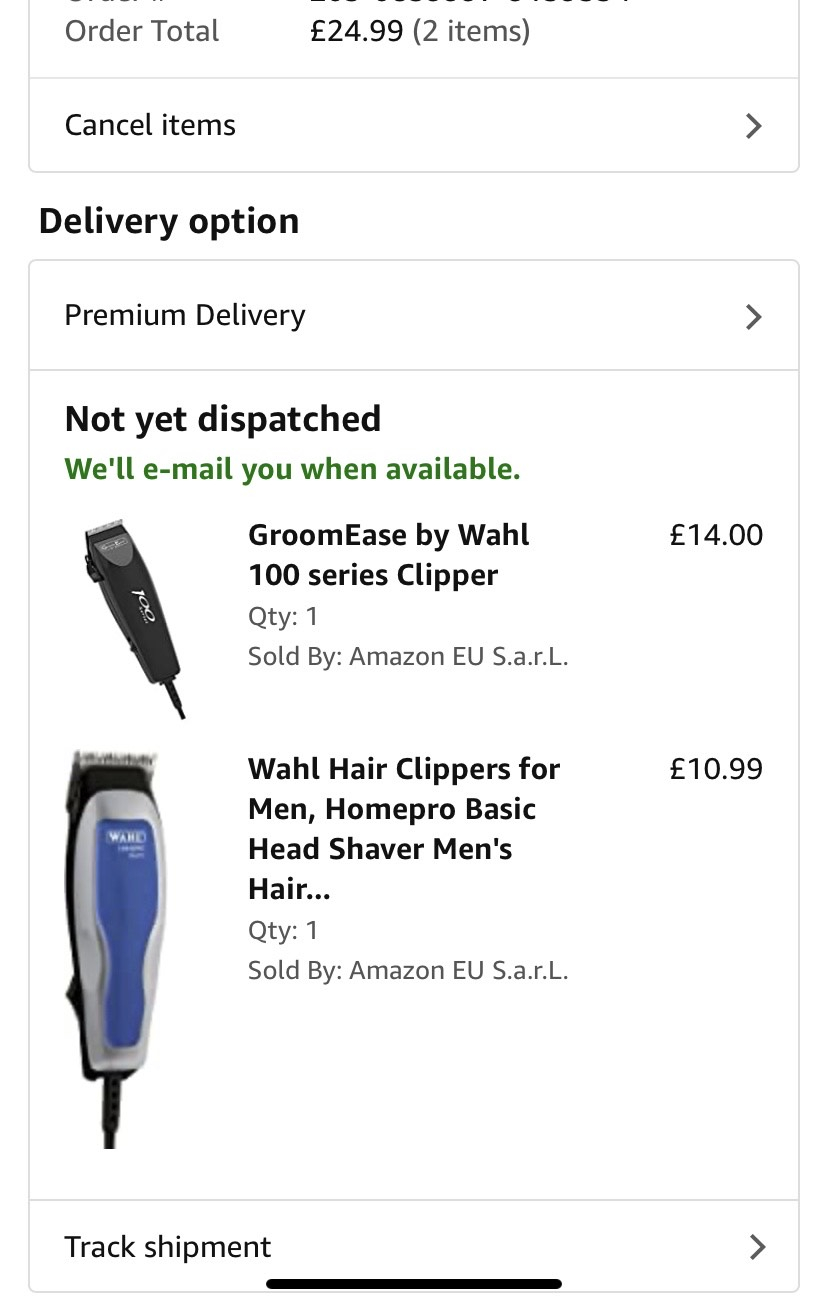 It's interesting that you and a few others seem to think I'm in some way complaining about this, I'm merely making an observation that I found thought provoking. As long as I eventually get what I ordered I'll be quite happy.