Any stone, rock or metal experts that know what this might be?

19
Posted 4th Jan 2021
Last week I was on a local beach in East Yorkshire and found a number of oddly shaped rocks or similar, all within a metre square area that sits half way between the cliff and the sea edge. It was low tide so must have been deposited or revealed a short while before I found it.
I picked it up because of the unusual gold colouring.
I've tried to work out what it may be and suspect it's Pyrite. It's not magnetic, even when using a really strong magnet. A chap tested it with his metal detector today but got no reading from it
despite it having a rusty appearance in places. I ground off a small area to see what was underneath the surface and it came up looking like bright, yellowish metal.
Whatever it is, it's hard and heavier than you would expect. A child's small bucket full weighs in excess of 5kg because that's as far as my scales would go.
Any ideas what is could be or where I could go to get a better idea?
Thanks in advance, Mark 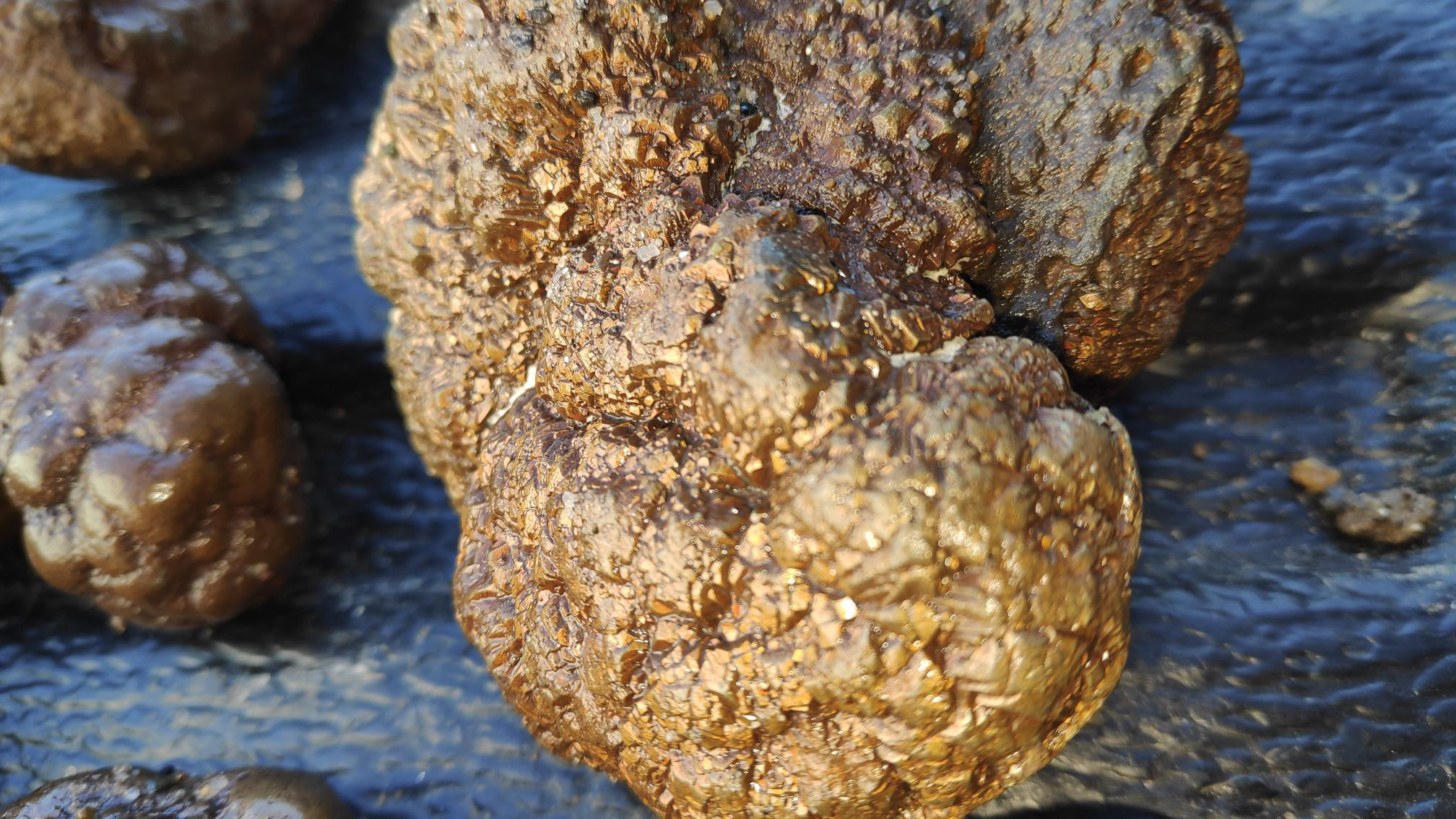 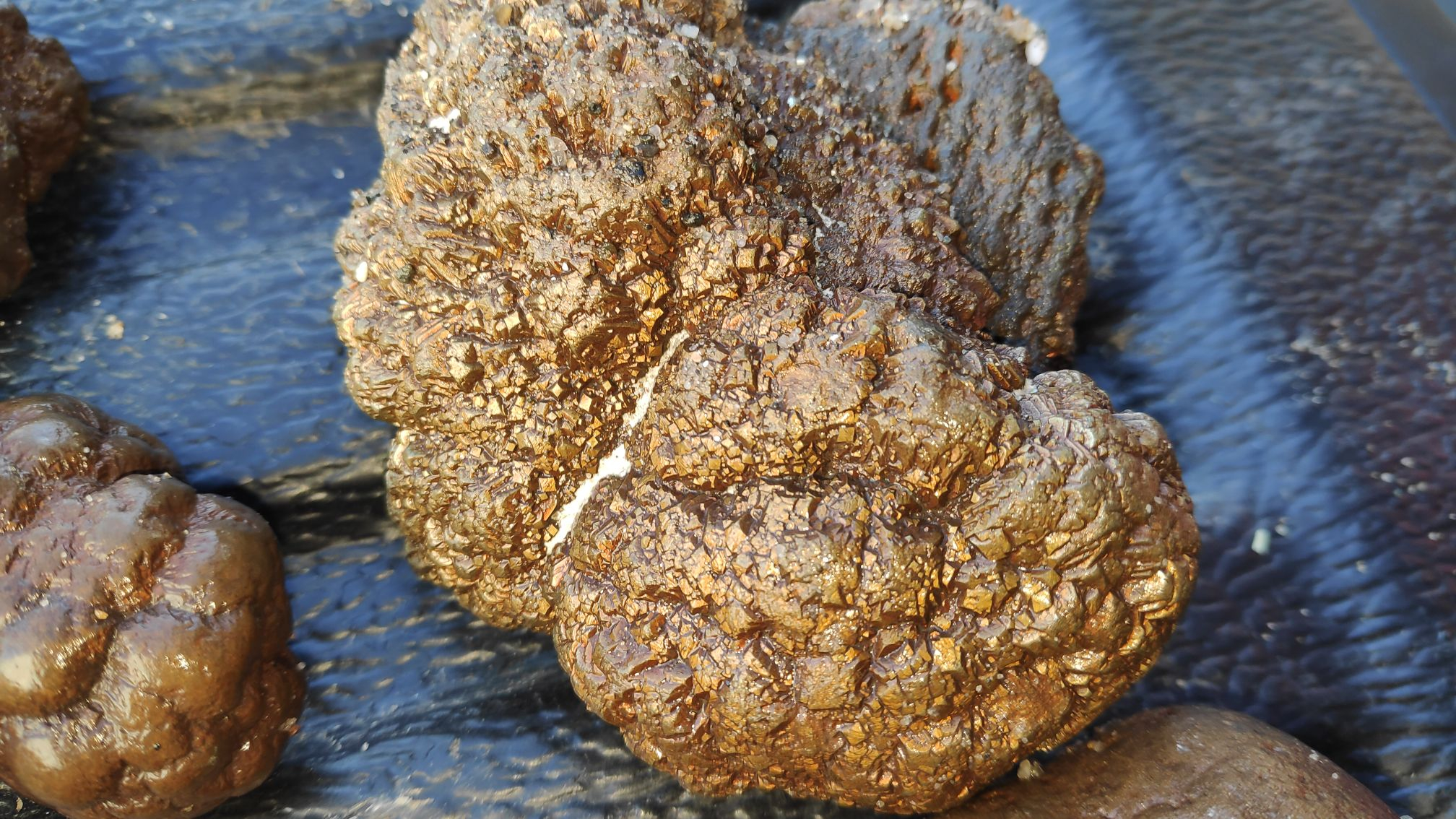 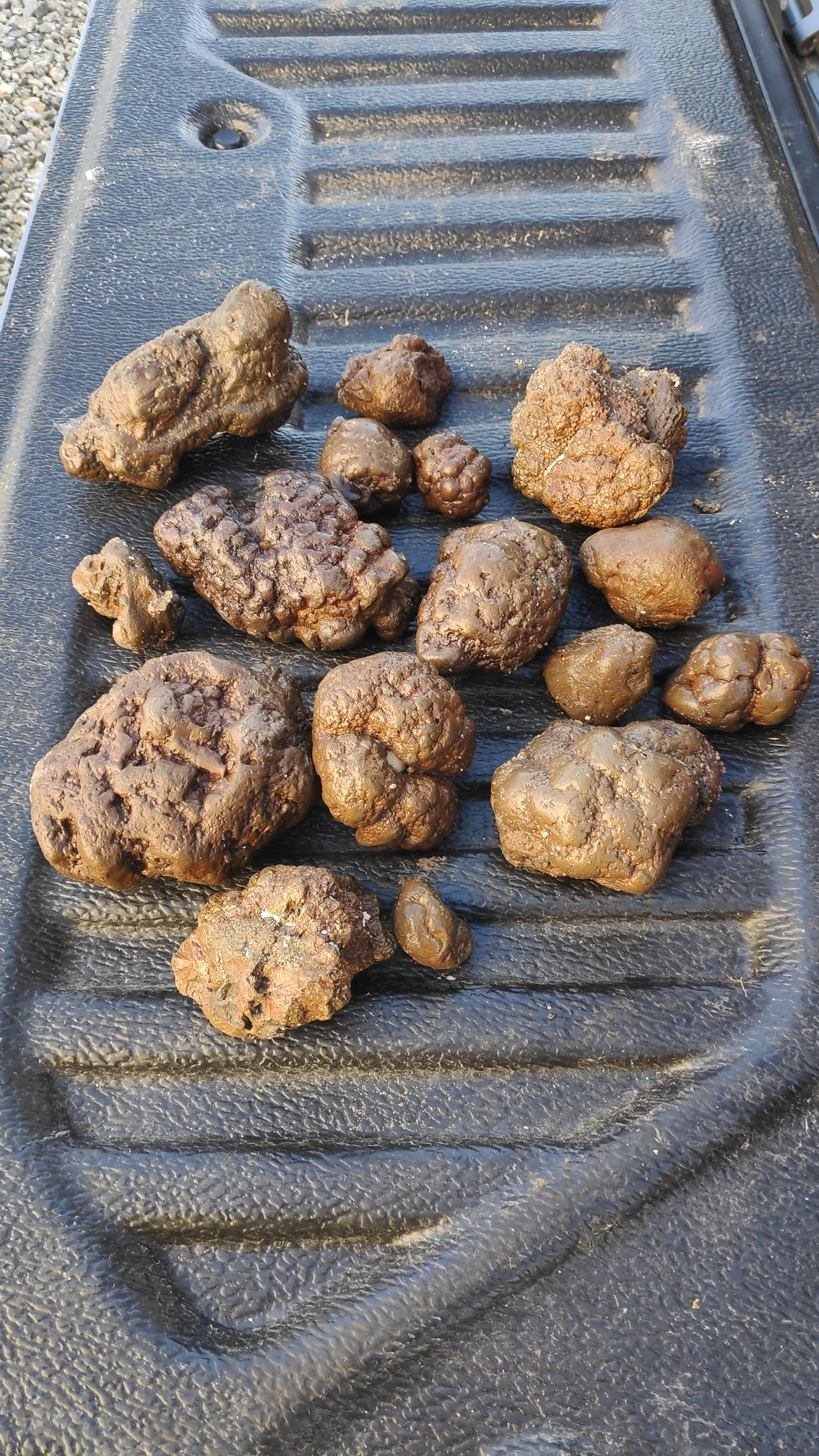