abathingape123 19
Posted 16th May 2022
I'm in Turkey right now and have a query regarding ATM fees when withdrawing cash. I did my research before i went out and ensured that i should withdraw cash at the ATM in local currency and also reject the DCC option for the ATM to convert. I also use Starling who dont charge a fee.

Question i have is - everytime i attempt to withdraw and reject DCC- I still get hit with an approx 5-7% charge for using the ATM. Ive tried multiple ATMs ans they are all pretty much the same. 2000 TL costs me around 130-150 TL to withdraw.

See attached pics of one of the ATMs.

Ive seen posts who have claimed they don't get charged anything. Am i doing something wrong? 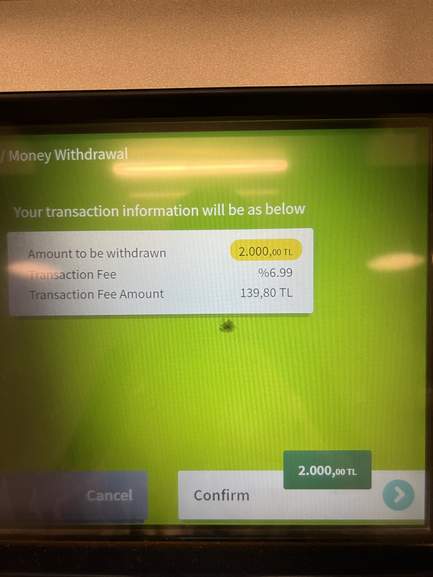