EDITOR 15
Posted 20th Jan
Beales has been around for a very long time at nearly 140 years, but sadly it's been announced that they've gone into administration. As you'd expect this means jobs are at risk. There are 22 stores which employ around 1,300 people at the moment.

Christmas trading was reportedly disappointing and rising costs / rates have made things rather difficult for businesses, especially physical stores with extra overherads. This has been a growing concern for quite some time out on the high street.

Their website is no longer active, which happened before they announced this news

Despite this It seams Beales are remaining optimistic at the moment. Fingers crossed there's a positive outcome for all of this.

To be fair, they don't have all that many stores compared to others and they are fairly spread out.
We do have them posted on site, although not all that often hotukdeals.com/dea….uk 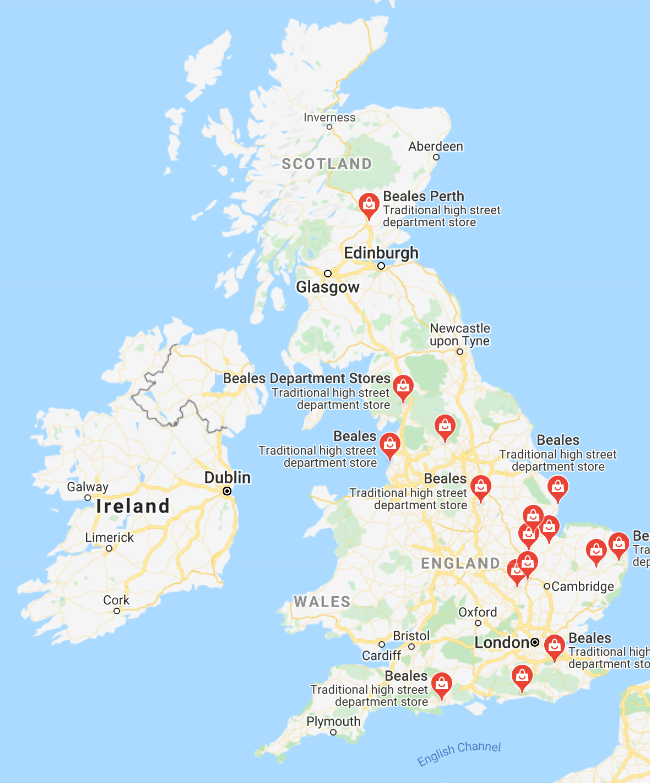 20th Jan
Hmmm. Fair enough. But a sad and true reality of physical shops.
20th Jan
Reality,
The high street is dead for the better.
Who wants to go to a physical shop when it’s cold, raining, parking or transport charges, full of people, changing room queues, part time staff that don’t care, the fact you have to speak to people..homeless begging at the door,

There is nothing appealing about it in comparison to the internet..
Times have changed, we need to move on with them. For the people losing their jobs it’s just bad luck, but I’m sure those people have contributed by purchasing online..
20th Jan

I've never heard of them either (what do they sell )
20th Jan
I’m surprised. I thought he only owned the Chippy, Cafe and Restaurant. Had no idea Ian Beale’s empire stretched so far!
20th Jan
Being around for 140 years and no ones heard of them cant have helped. I know I havent.
20th Jan
They are a big department store, will have a big presense in some towns or city. We have a Fenwick around our way, only 9 stores in the country but if that closed it would be massive blow not only to the city in terms of shops but also a shock as its been around for the same amount of time and one of those companies everyone in the area knows about.
20th Jan
Sad, another trad department store sinks.
20th Jan
was quite literally reading this thread and looked up to see it being mentioned on BBC "Look North"
20th Jan

I've never heard of them either (what do they sell )

Ooh, now I've heard of them but not heard of Beales!
Edited by: "Dyslexic_Dog" 20th Jan
20th Jan

One advantage for the rest of us. You won't be there
20th Jan

One advantage for the rest of us. You won't be there

You got that right!
22nd Jan
This is what their website shows now: beales.co.uk/

The stores at risk of closing are as followed: