EDITOR 10
Posted 15th Jan
These days post-Apple iPods, earphones need to be truly wireless and that means not just without a 3.5mm audio jack. This means no wires, at all. They even come in boxes that can charge them, wirelessly — admittedly, these 'charging cases' need a wire to recharge but technically the earphones are never ‘plugged in’.

You’d expect this technology to be really expensive, but it’s strangely not. You will get some bigger brands charging more than £250 for their True wireless (TWS) earbuds*. On the other side of the scale, Chinese merchants are selling earbuds for less than a tenner — just don’t expect them to work that well, if at all...

That said, you’ll find some decent budget options that won’t turn music into noise or cut out every time you get on a bus or train. Here are my top five below £50, at time of writing.


* True wireless earbuds (TWS) have no wires at all. No connecting wires and no 3.5mm jack — the only wire plugs into the charging case, but that doesn’t count. 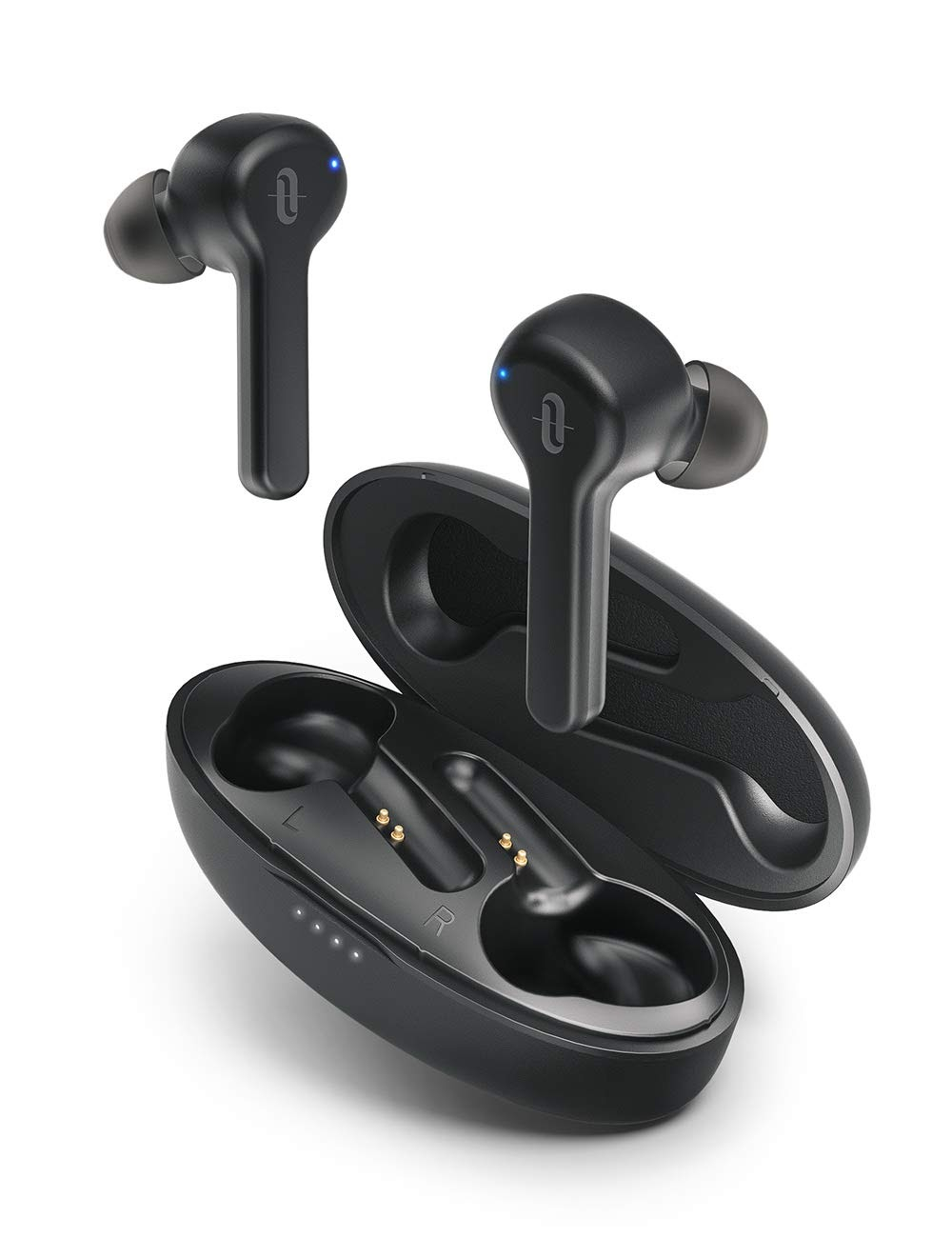 Let’s start with a personal favourite, the TaoTronics SoundLiberty 53 are some of the best TWS earbuds on a budget. Reviewers compare them with the Apple Airpods, but at a fraction of the cost. For £28.99 you’ll get five hours of music playback, or 40 in total when utilising the charging case, which is superb when considering Airpods only give you 25 hours in total.

They are water resistant to IPX7, which will allow some splashes and a bit of sweat, but I wouldn’t try swimming with them. Good for the gym, but not the pool. Bluetooth 5.0 is much better than previous versions, so expect fewer dropped signals.

The best bit about these earbuds is the sound quality. Great bass, including a big sub-bass which is good for hip-hop fans, nice rounded middle range edging to the trebly side on vocals, and a crisp overall sound put these on par with much more expensive earphones. 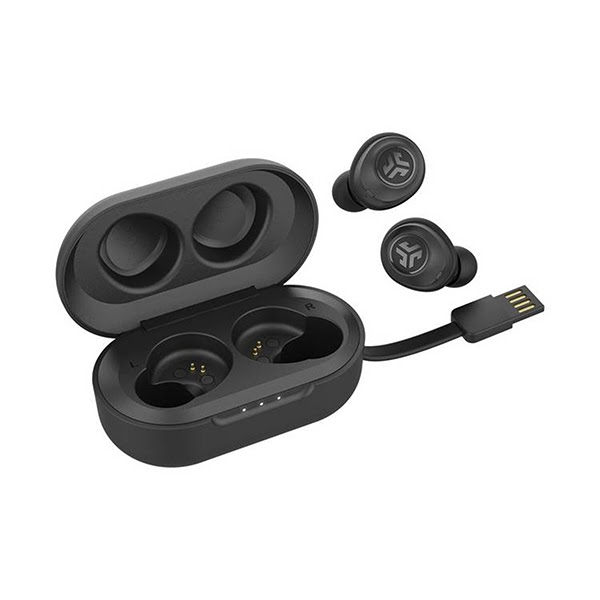 Jbuds Air from JLab are a few years old now, coming out in late 2018, but because they are on sale at £35 they needed to be on this list. With a subtle design, they are made for those who don’t want to stand out. Comfortable in-ear buds, with an additional rubber ‘wing’ to keep the piece in your ear make these look a bit like Samsung Galaxy Buds for less. The really cool thing is the charger case’s integrated USB charging cable.

The downside to these earbuds is the battery life, with only four hours for the buds themselves, and only 10 hours for the case, they are not even close to the TaoTronics above. And because of their ‘age’ the Bluetooth 4.2 does drop out now and again, but it isn’t too much of an issue**.

Sound-wise, you’ll be pleased with the Jbuds Air, where overall sound quality focuses on the lower middles, with bass winning out over treble, which means vocals are often quieter than with other headphones. However, heavy bass errs on the grumbly side unfortunately. 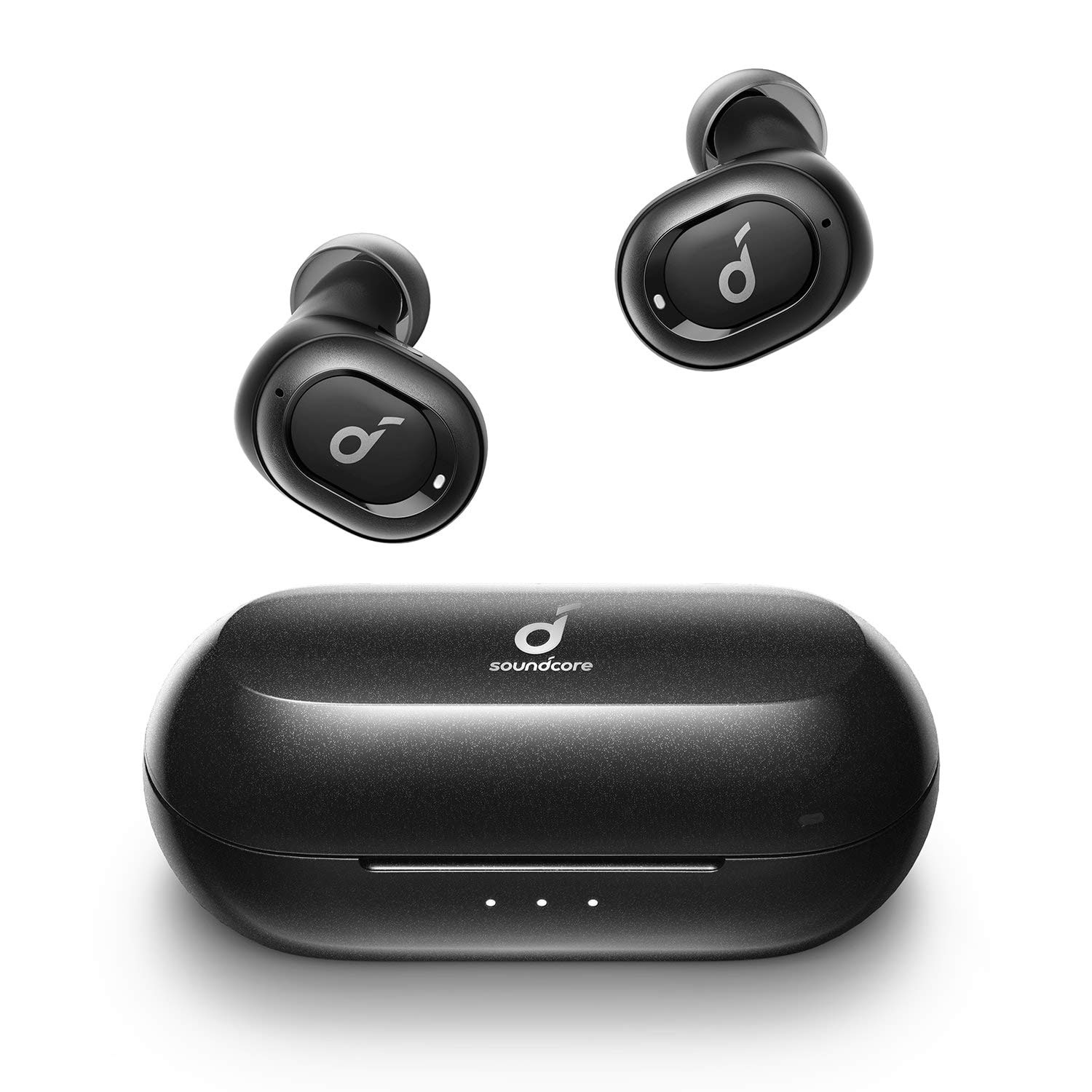 Anker has come a long way in the reputation stakes, and is now considered a decent Chinese electronics brand. So much so, that it has various levels of wireless headphones. The Liberty Neo earbuds are on the lower end of the spectrum, hence the lower price, and of course certain things are sacrificed in the process.

However, the quality of the sound is a nice surprise with highs, mids and lows working together to create a fluid sound. However, it could be said that the bass is lacking, but other than that a nice set for casual listening on the commute or at the gym.

The battery life is quite short, at hours and the plastic-looking charging case (be better if it was matte rather than shiny) adds another three charges — around 10 hours. Bluetooth 5.0 means they will stay connected, and only drop out in significantly busy areas, but that is the case with most earbuds. 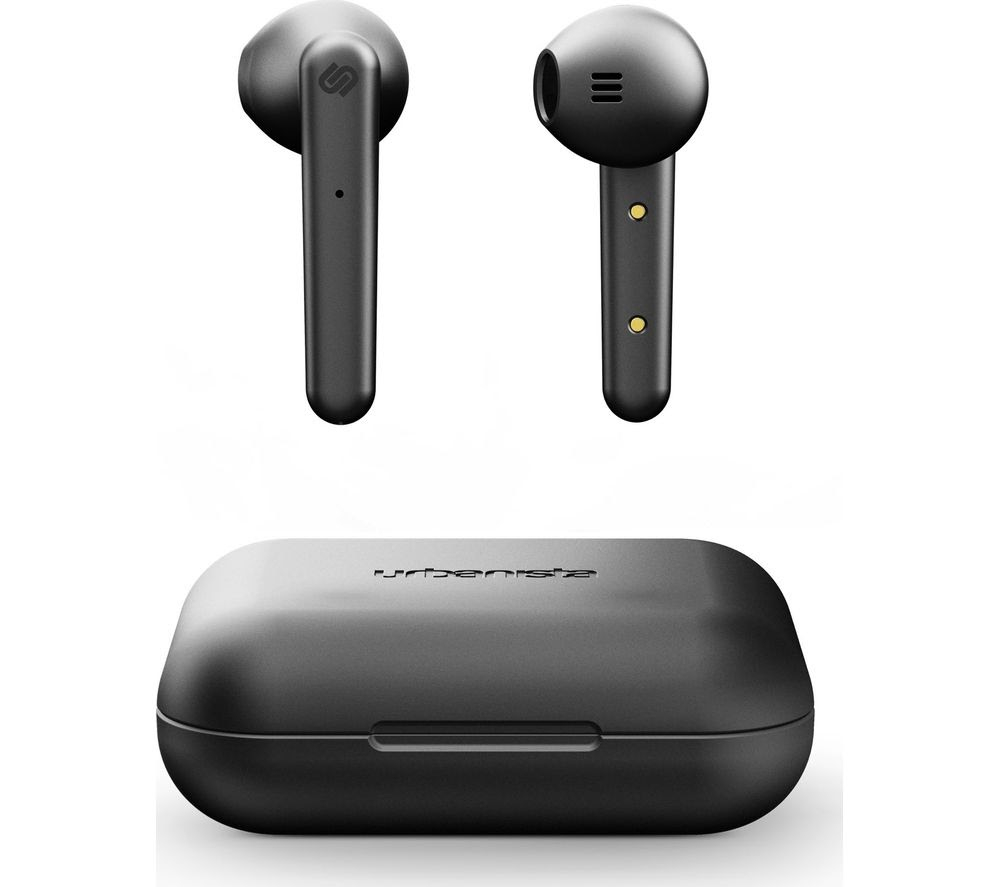 The Urbanista Stockholm earphones are normally in a bracket above price-wise, on sale for around £80-£90. However, Currys have a deal on right now for a pair of Stockholm in titanium for only £44. Well made, from a legitimate Swedish audio company, and at a really fair price. These should be snapped up post haste!

14 hours battery life in total, with up to 3.5 hours per charge on the headphones themselves. This is again on the lower end of the battery range, but this may be hindered by the micro-USB port of the case.

Audio is decent, which is to be expected from a headphone company with booming bass from a small driver, and good high notes without being overbearing. What I really like about Urbanista though, is the ongoing support for the Tim Bergling Foundation, which was founded after Tim also known as DJ, Avicii, died in 2018 — “The foundation is devoted to recognize suicide as a global health emergency and removing the stigma attached to the discussion of mental health issues.”


Xiaomi Redmi AirDots Wireless Bluetooth 5.0 Earphone for £13.17 at the Yilizomana Store on AliExpress 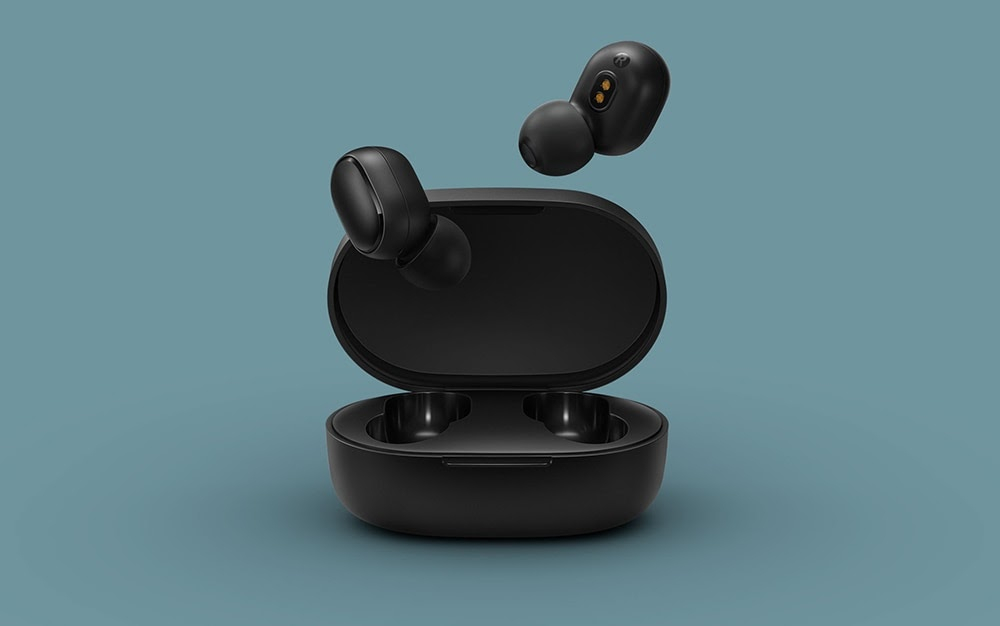 And finally, a really cheap set of earbuds direct from China. The Xiaomi Redmi Airdots have saturated the market for wireless earbuds, so much so that there have been problems finding genuine products. Personally, I think that for this price, that some counterfeiting is to be expected.

Xiaomi has proven that you don’t need to spend lots of money to get a good pair of true wireless earbuds. The Airdots are easily as good as the others on this list, and better than some of the much more expensive versions out there. Simplicity is key for Xiaomi — and design, controls and even pairing are all simplistic and easy to operate.

Audio is decent enough, with a deep bass as you expect from in-ear headphones, but also with a refreshingly light sound on other frequencies. I think the main attraction is price, with battery life coming in a close second — you can get 4.5 hours out of a single charge and the pill-shaped case can support three full charges. You can’t moan at that!

To read about headphones for less than £50, check out this discussion: hotukdeals.com/dis…063
PostTweetShare Share with WhatsApp Share with Messenger
Community Updates
Megathread
New Comment Subscribe Save for later
10 Comments
15th Jan
This one I'm about to mention is definitely not under $50 when bought new but your post just reminded me that last night I had a dream all about Google Pixel Buds 🙈
15th Jan

They haven't been released yet have they? The TWS version.
15th Jan

They haven't been released yet have they? The TWS version.

They look pretty tasty, but I think they might be a bit more than £50. Sadly.
15th Jan

I bought my original ones used from CeX for £75 if I remember some time ago (refurbished and thoroughly cleaned though),... is that bad?
Edited by: "andrewworrall1" 15th Jan
15th Jan
@deeky

"Can't we have a 'Consumer guide' section for these information threads? There seems to be more and more of them appearing of late."
15th Jan

Why not, seems like a good idea. I'll pass your message on. Consumer guides are there to help people get better products or provide better knowledge, and these fit the bill.
Edited by: "Akira_Cat" 15th Jan
15th Jan

Why not, seems like a good idea. I'll pass your message on.

Thank you. I do have my moments
15th Jan

Thank you. I do have my (senior) moments