Big embarrassment for LEGO with the Technic 42113 Bell Boeing V-22 Osprey, were they right to cancel it?

minifig29087
Posted 26th Jul 2020Edited by:"minifig290"26th Jul 2020
For the first time in years LEGO has pulled a set from release after out cry from some people over the connection to a LEGO product and a real life war vehicle.

The 42113 LEGO Technic Bell-Boeing V-22 Osprey was announced back in June for a August 1st release and it was received with open arms initially by most LEGO fans but just 13 days before its scheduled August 1st release a new campaign was released by the German Peace Society called LOVE BRICKS, HATE WAR!.

After 3 protest held outside German LEGO Brand stores, TLG finally announced 10 days before the sets scheduled release that it was going to cancel any more production of the set and scrap all units that had already been made. Lego also said that any retailer that had already been shipped stock could sell these sets but once stocks where gone they wouldn't be replenishing them.

Here's where the controversy is for many LEGO fans is that LEGO have made war released sets previously and wonder why now this set is being targeted by these protesters. In 2012 TLG released the 10226 Sopwith Camel based on a plane used in real life war, they also released a similar set in 2001 and 2002.

A petition has been launched to urge TLG to reverse their decision and release the set, maybe with a limited market making it a LEGO Store exclusive.

Thanks for reading and please take the couple mins to sign the petition for LEGO to reverse their decision. It need 5000 signatures at least.

What are your thoughts on LEGO's decision, are they right to cancel it and do they go against LEGO's brand values against war? Please keep comments respectful

For those wondering this set had a small availability this morning at Argos, listed at £124.99 but eBay prices are going for around £1000 on average which is insane and one reason many want their decision reversed to cut the resale price massively. 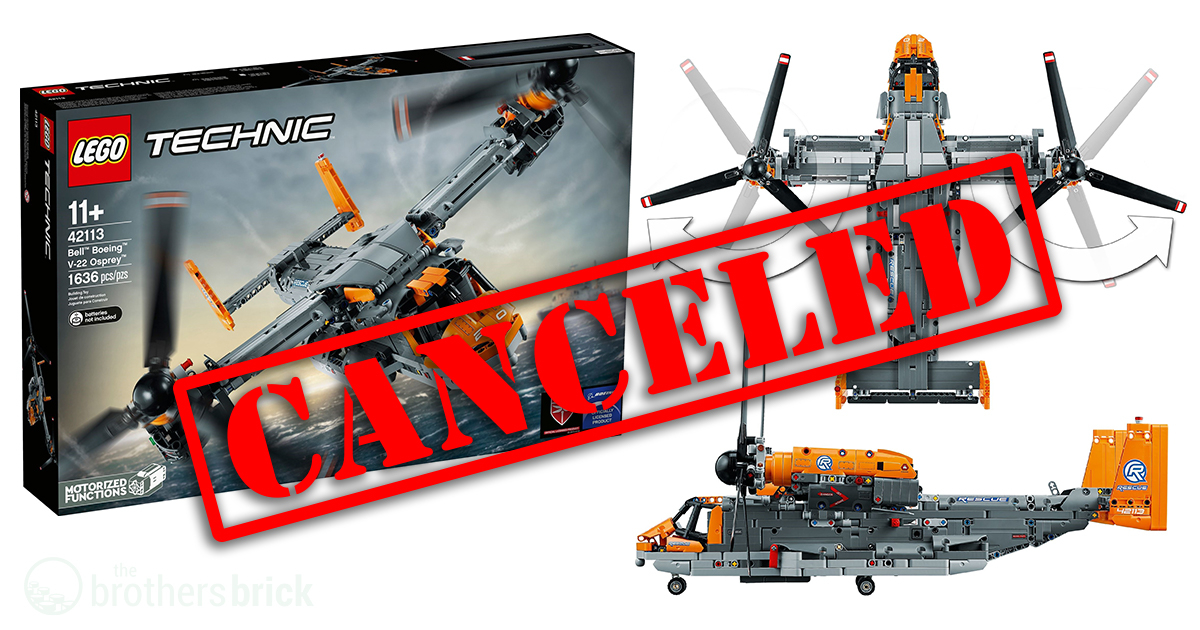