4
Posted 13th Jan
I have always been a huge board game fan... but my partner is not. He didn't grow up in a board game playing house like I did.

He enjoys Settlers of Catan, but it's usually just the two of us so we can't play it.

Is there any other games like that out there for 2 players?

Havent tried him on Carcassonne yet but have a friend loaning me it to give it a go with him. after all, these types of board games aren't cheap these days! I still love the original version of the Game of Life from back in the day.

I have Ticket To Ride on my tablet. I completed it in next to no time and found it very boring and crazy easy. so it's not really enamoured me to the real board game. anyone played both versions? is the board game any more interesting?

I have him playing draughts now and then with me (well it's a start!). He will also have a game of Uno with me and family now. Tried him on backgammon but that's also early days. 😄 So I guess we are open to more options here, than just Catan like games but that's what's floated his boat most so far.

He does now do a Monopoly game. but again it's no use for just us two!

He isn't an unwilling participant in the game trying, I realise it kinda reads like that

any suggestions welcome
PostTweetShare Share with WhatsApp Share with Messenger
Community Updates
Misc
New Comment Subscribe Save for later
4 Comments
13th Jan
You can play a decent game of Dead of Winter with 2 players. The basic version is collaborative rather than competitive which i think helps when playing with your partner. You can also play as 3 or 4 'players' and play 2 each or 1 and a joint player.

Its a really great game with loads of replay-ability. Also i would add in something like Pandemic under the same rules of 2 players controlling 3 or 4 roles. However once you have Pandemic nailed it doesnt offer much variety in the base game.
13th Jan
Risk.
13th Jan
Ticket to Ride is much better to play with real humans, the AI players on the app aren't great.
14th Jan
Othello is good for 2 (A version of Go), if you like something a bit competitive. Very easy to start, and a lifetime to master! 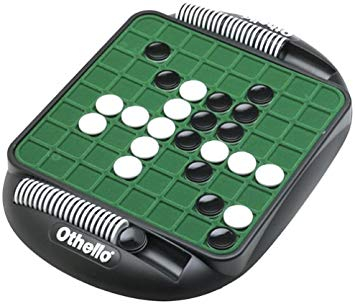