Game over for Chinese 5G? 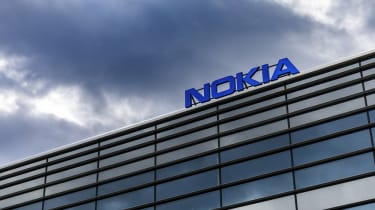 Nokia engineers have set a new record for the world’s fastest 5G speeds at 4.7GBps, marginally beating the record set by Ericsson researchers a few months ago.

The feat was achieved in Dallas, Texas using 800 MHz of commercial millimetre-wave 5G spectrum and dual connectivity functionality, with tests performed on base station equipment deployed in major US operator’s networks.

Ericsson engineers had only smashed the record in February this year, achieving speeds of 4.3Gbps on a technical specification comprising eight component carriers aggregating 800MHz of commercial millimetre-wave spectrum. This beat the prior record of 2.92Gbps achieved by networking giant Huawei in November 2019.


Nokia’s tests were performed on the same setup, combining eight 100 MHz channels of the millimetre-wave spectrum on the 28Ghz and 39Ghz bands.

“This is an important and significant milestone in the development of 5G services in the US, particularly at a time when connectivity and capacity is so crucial,” said Nokia’s president of mobile networks Tommi Uitto.

“It demonstrates the confidence operators have in our global end-to-end portfolio and the progress we have made to deliver the best possible 5G experiences to customers. We already supply our mmWave radios to all of the major US carriers and we look forward to continuing to work closely with them moving forward.”
PostTweetShare Share with WhatsApp Share with Messenger
Community Updates
Misc
New Comment SubscribeSave for later
19 Comments
20th May
What Chinese threat?

Ok.
Huawei heavily involved with the 10 testbed cities in the UK, eager to be the provider for the backbone of the network using their relays/transmitters, in talks with the MOD yet not disclosing some of the issues surrounding their equipment, that doesn't count then?

Huawei's increasing prominence and propping up by the Chinese state, their need to go on the record to provide assurances that there are no backdoors?

I think there are many issues running concurrently, with the pandemic taking centrestage.
The petrodollar, 5G and the West's want to keep the East at a safe distance, an aging population the government can't or won't pay for, health service backdoor privatisation, the possibility of lowering food standards, lack of affordable housing/declining living standards, >90% of world manufacturing being served by China.
Edited by: "TopTrump" 20th May
20th May

You don't have to be quite so adamant on your point of view, because that's all it is. A point of view.
Unless you're personally involved and know more than you're letting on.

"Why would this ideology of being propped up by the state any different there from here?"
Have you witnessed what life is like living within a communist ruled country? Perhaps you are of Chinese descent, or a Huawei employee and the comment enraged you somehow (which wasn't my intent btw) and pride is altering your sense of balance in opinion.

Perhaps learn to be amicable if you want a conversation to develop? All you've done is shut one down and as a result neither of us will have the opportunity to discuss and hear an alternative perspective.
Edited by: "TopTrump" 20th May
20th May

Also, you said >90% of the world’s manufacturing being served by China. How’s that even possible in mathematical terms in population and the amount of money in trade! What’s the other 6 billion people in the world going to make and sell to China in exchange for the >90% goods that they are going to export? Your statements are ridiculous, this is because trade means import and export, use this simple logic, money in and money out, using your >90% is bonkers.
Edited by: "splender" 20th May
20th May

Over 90% volume of the world's manufactured goods is produced by China. There! Does that make you less inflamed?
And before you ask, these aren't numbers I've just plucked from the air, but condensed from the opinions of industry plaudits discussing world events.

Ridiculous, bonkers, or conkers, your bashing oblique commentary doesn't add to the convo, all you're doing is just throwing in a stink bomb hoping that your smell lingers.

If you truly have something to add, please be my guest, share.
UK has already got one James O'Brien, and he's enough.
Edited by: "TopTrump" 20th May
20th May

You know my style, is there a link for your statement about,you said : “Over 90% volume of the world's manufactured goods is produced by China. There!“

World trade means , I sell you £2m, you sell me £2m, sounds like 50:50 to me in ball park as a commoner and to keep economic science simple stupid.


It is not my style to plug stuff of of thin air. If everyone does this, this web site would be destroyed by people making up deals plugged out of the thin air. BTW, I am a fan of O’Brien and Ferrari, Mair, Abbott...and great work to LBC as nearly all their presenters use evidence based points rather than stuff plugged out of the thin air.
Edited by: "splender" 20th May
20th May

You better watch for American backdoors with your stupid name

It's meant to be a stupid name, HUKD profile caption kind of hints towards that. Or would you rather I use a play on a magic 8 ball?

McCain's factory closed, so you taken all of their pre-chopped potatoes on your shoulders?

Infantile response noted, thanks for your contribution.
Edited by: "TopTrump" 20th May
20th May

Explains a lot about the way you communicate.

I suspect you're also fan of Varoufakis who is infatuated by the sound of his own voice as he attempts to outdo the other participants in the room using an obscure lexicon in the hope it buys him some kudos.

You're not publishing a book by any chance?
Edited by: "TopTrump" 20th May
20th May

Have you made any money from publishing it or are you waiting to export copies of it across the globe?

Going back to the original thread. You did notice that the transmission speed tests breaking the previous Huawei held record, were performed in the USA?
Edited by: "TopTrump" 20th May
25th May
Fresh UK review into Huawei role in 5G networks

The catalyst for a potential rethink is the US's move to restrict the firm's ability to buy chips, which was justified on "national security grounds".

There ya go splender. Tell me there's not a distinct smell of fish around Westminster!
Edited by: "TopTrump" 26th May
25th May
That speed is bonkers, 5G is amazing - the fact that you can drive a car remotely says it all really:

Just what we need, internet enabled backseat drivers.
You put your kid in the driving seat and drive them to the shops from your sofa. Tell them to grab whatever you need from the shops, then when they get back into the car, drive them back.
25th May

Lol, would that also work for getting pizza? Asking for a friend
25th May

Lol, would that also work for getting pizza? Asking for a friend

Could do. Sack all the drivers and drive one car remotely with all your deliveries. Once at destination, beep the horn, customer comes out, you remote release the boot, customer enters the code you've given them, the right Amazon locker style compartment opens up.
Boot remotely closes down once customer has taken their order.
Plus no Covid19 cross contamination.

Lol could be, speaking of which did you see this one?

Start by training owners to use their indicators.