BuzzDurabandMarketing21
Posted 12th Jul 2021
First of all - What. Are. Those? You just wouldn't, would you? 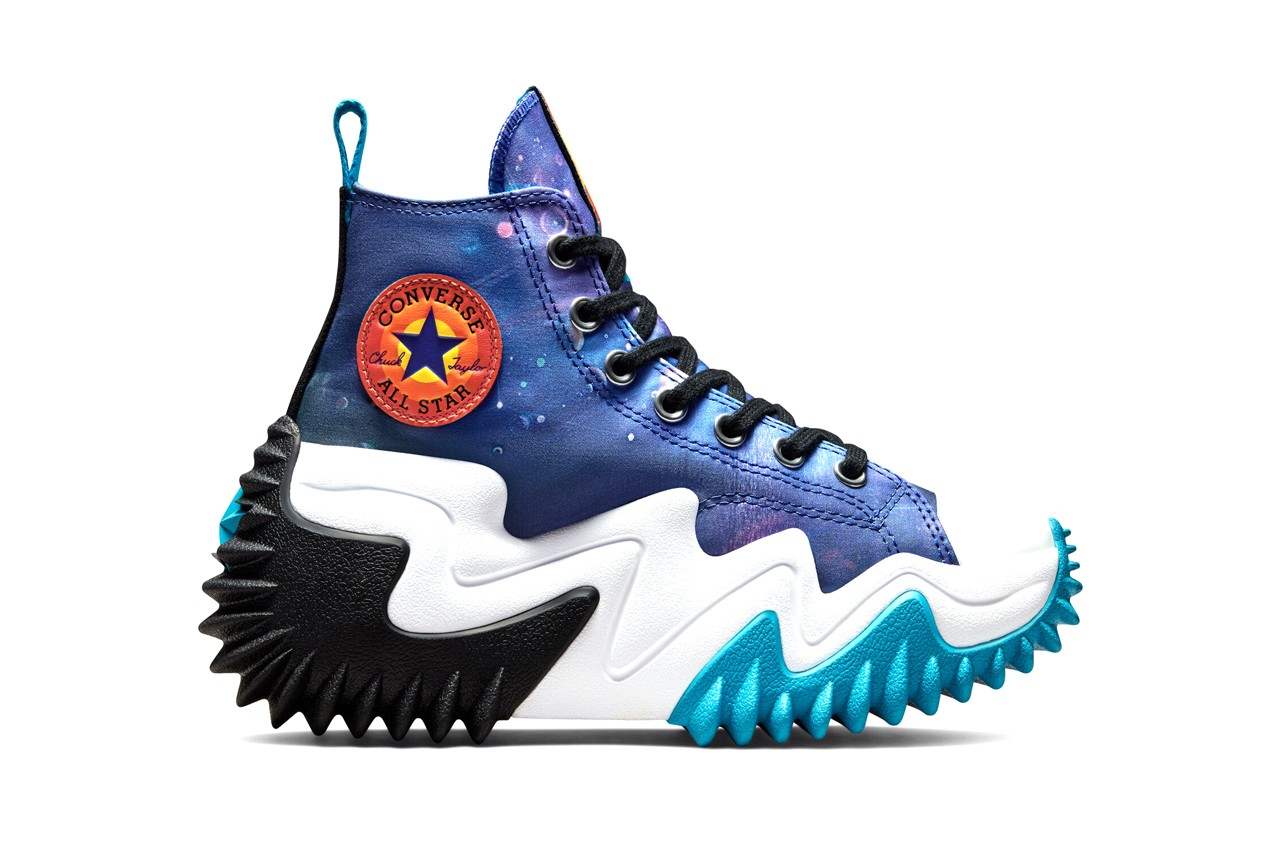 As reported by Hypebeast, There's an upcoming collaboration between Converse and Space Jam: A New Legacy recently-debuted Run Star Motion and the classic Pro Leather low.

Kicking things off with the Run Star Motion, we find the updated Run Star silhouette covered in a palette informed by the “Server-verse” theme. As a result, the upper is covered in a cosmic colorway of purples, blues, and pinks, while orange touches appear on the Converse roundel making it look like the planet that appears on the film franchise’s title.

A — seriously — large CX foam midsole unit is served up in white, while the exaggerated heel and toe areas are finished in black and teal respectively. More Space Jam touches grace the tongue tab, rounding out the pair in its entirety.

As for the Pro Leather, Converse and Space Jam take a much more subtle approach. This pair continues on from Chuck 70s that paid homage to the Tune Squad, notably paying homage to Lola Bunny. An all-over perforated white leather upper is decorated with a furry chevron and star on the mid-panel, Lola Bunny branding on the heel tab and embroidery of the character on the lateral rear-quarter, “Tune Squad” stamping on the lateral side, and a pink and blue lining for the shoe’s interior.

In other, Space Jam: A New Legacy related news, McDonalds are also teaming up with Diamond Supply Co. to release a new Tune Squad-Inspired Collection of clothing. 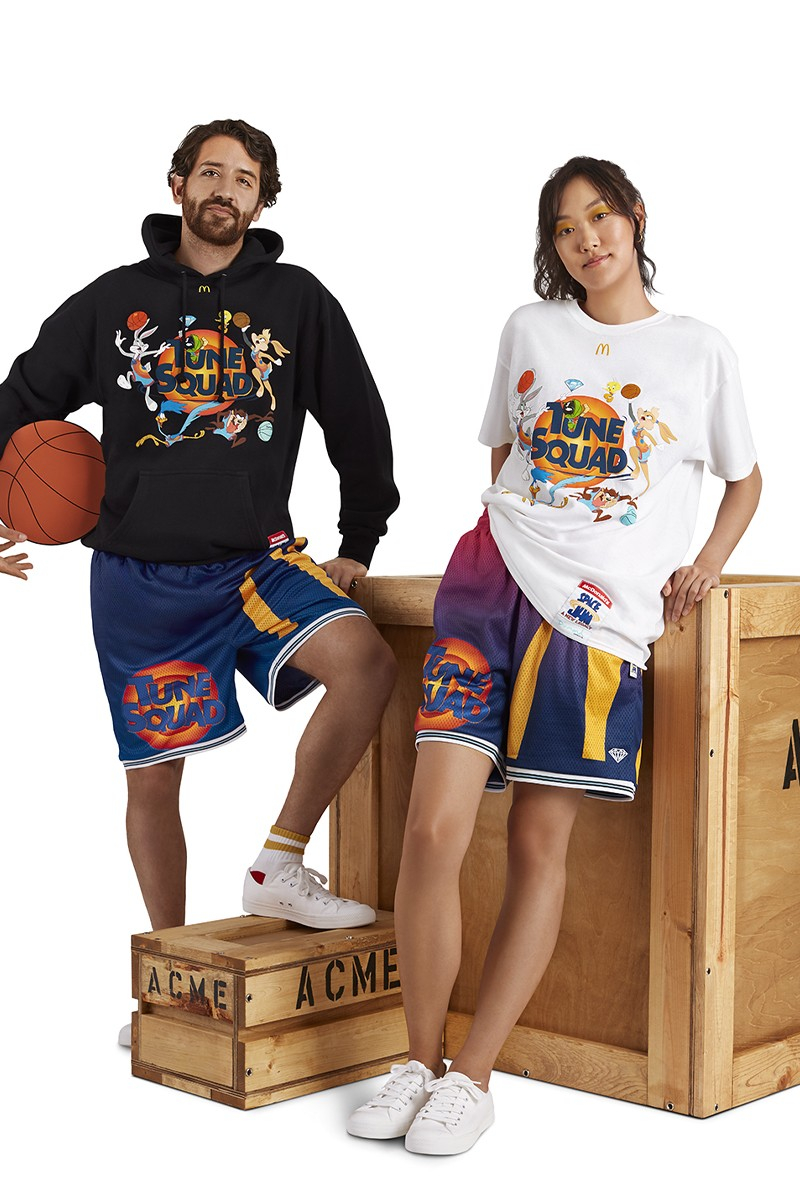 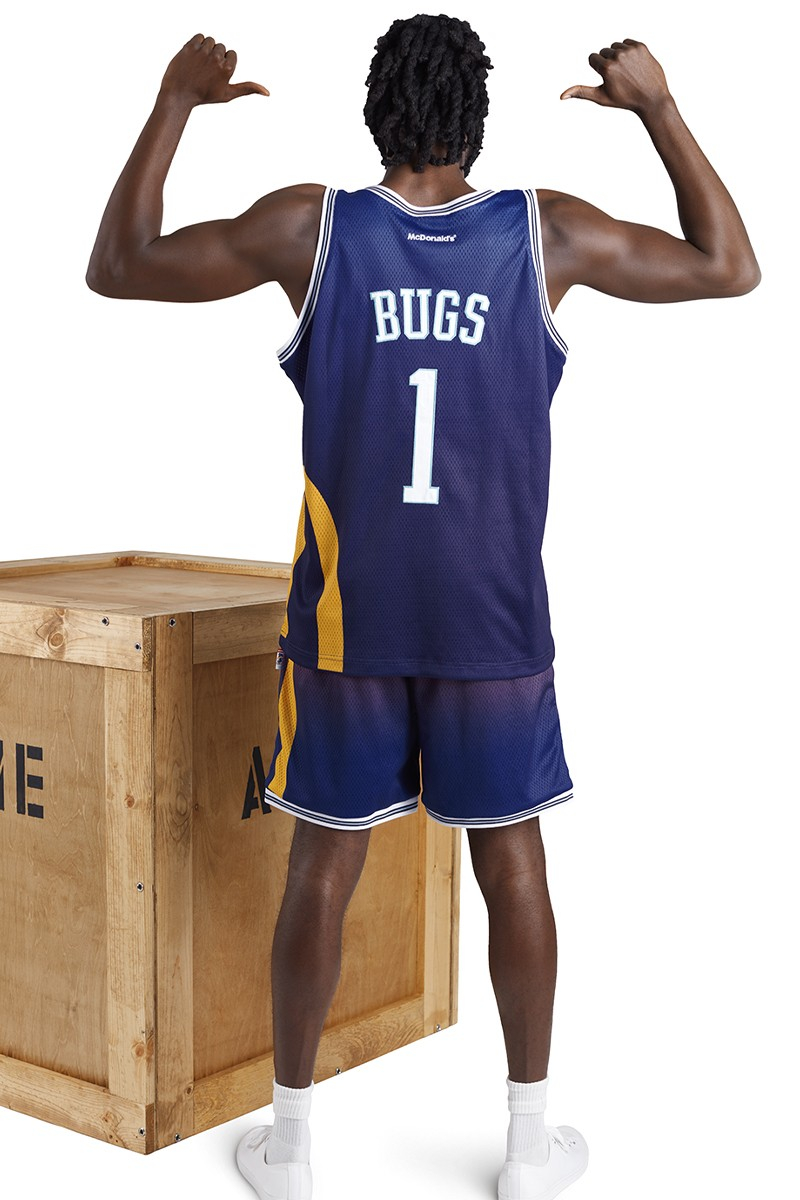