Does anybody use a fire stick with an Ethernet adapter

31
Posted 4th Jan 2019
I’m looking at getting a fire stick but due to my already slow broadband I would want to use Ethernet rather than WiFi in order to get the highest speed possible. Has anyone had any experience with the fire stick Ethernet adapter? It has mixed reviews with some saying it worked great and some saying they actually lost speed when using one and WiFi was faster.
thanks
PostTweetShare Share with WhatsApp Share with Messenger
Community Updates
Ask
New Comment SubscribeSave for later
31 Comments
4th Jan 2019
What is yiour current wifi speed?
4th Jan 2019
Should be OK from FS2 or later to obtain more reliable connection using even a generic USB ethernet adapter. Generic option would also need OTG cable with power, random example £1.68 dlvd ex-UK ebay.co.uk/itm…635
Pic shows use with a USB hub for additional connectivity. 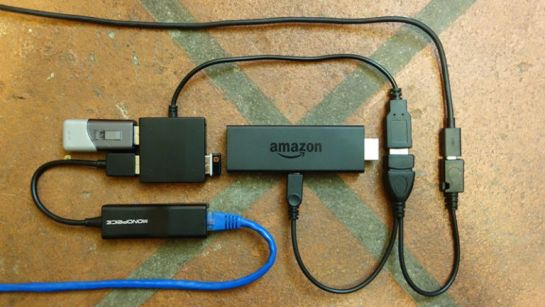 What is yiour current wifi speed?

My broadband speed is 30mb but it would be reduced to around 15ish over WiFi where the firestick is located. I’ve already got Ethernet running there so makes sense to use it
4th Jan 2019
More than enough for firestick.
4th Jan 2019

More than enough for firestick.

Do whats best for you, only you know what apps you require.

That was the whole point of this post I know what I want to watch and what speeds I need hence the reason for needing the adapter. The question was does anybody have any experience with these adapters. If they are unreliable then a fire stick won’t work for me and id be looking at getting something with an Ethernet port built in
4th Jan 2019
Sorry for trying to help.
Thats me out.
4th Jan 2019
I use a couple of them and they are very reliable to be honest... needs second gen to work. 100mb speed, not gigabit.
4th Jan 2019

‌ Which brand have you got? The amazon own or a different one?
4th Jan 2019

Not sure I'd throw £15 at the official product. I'd be more inclined to run with a combined ethernet adapter + USB hub plus the prev mentioned OTG with power pass-through cable, combined total under £5 ex-UK with benefit of 3 x full-size USB sockets being available for other devices (keyboards, mouse, controllers, etc), or under £6 ex-UK if you want the same-image adapter+hub product description to specifically mention Android support:
ebay.co.uk/itm…960
ebay.co.uk/itm…307
4th Jan 2019
Run a ethernet cable to TV for 4k. Maybe a real pain in the butt to do it but will give you trouble free streaming. Hacking adaptors can work but not the best option.
Edited by: "wayners" 4th Jan 2019
4th Jan 2019

‌ Which brand have you got? The amazon own or a different one?

My adapter is a generic Chinese item, cost 99p off the bay few years ago. RT chipset. Don't use the FS now cos performance is pants and connectivity too restricted.
4th Jan 2019
I bet money you would get better throughput my using a proper AC access point with that spare ethernet port. The speed of the micro usb port will bottleneck before the AC Wifi does. I would say also you could get away with 100mbps for 4k.
4th Jan 2019

No experience precisely of what you are attempting but you conveyed part my thoughts here as besides the mess why not get a device with ethernet built in - then went to check the full amazon tv 4k rather than stick and found not available which would personally lead me down the cheap S905 4K based boxes out there but again depends which apps you require.
4th Jan 2019

Ye that would be easier but the problem is I’ve had cheap Chinese boxes in the past and the GUI on them is terrible. The GUI on the firestick is much better. I already own a Nvidia Shield and the firestick is probably closest i’d get without paying £150+ for another shield. (Apart from the mi boxes which also don’t have Ethernet) I’m thinking second hand fire tv box might be the solution.
Edited by: "howarth3" 4th Jan 2019
4th Jan 2019

Agreed they are albeit they give the most generic basic stuff they can but nothing tying you to that supplied software.

I only have 30mb anyway so wouldn’t make a difference would it?

Depends if you stream local network content thats raw, why buy not a single cable solution? Or a cheap ap to plug the ethenet into. 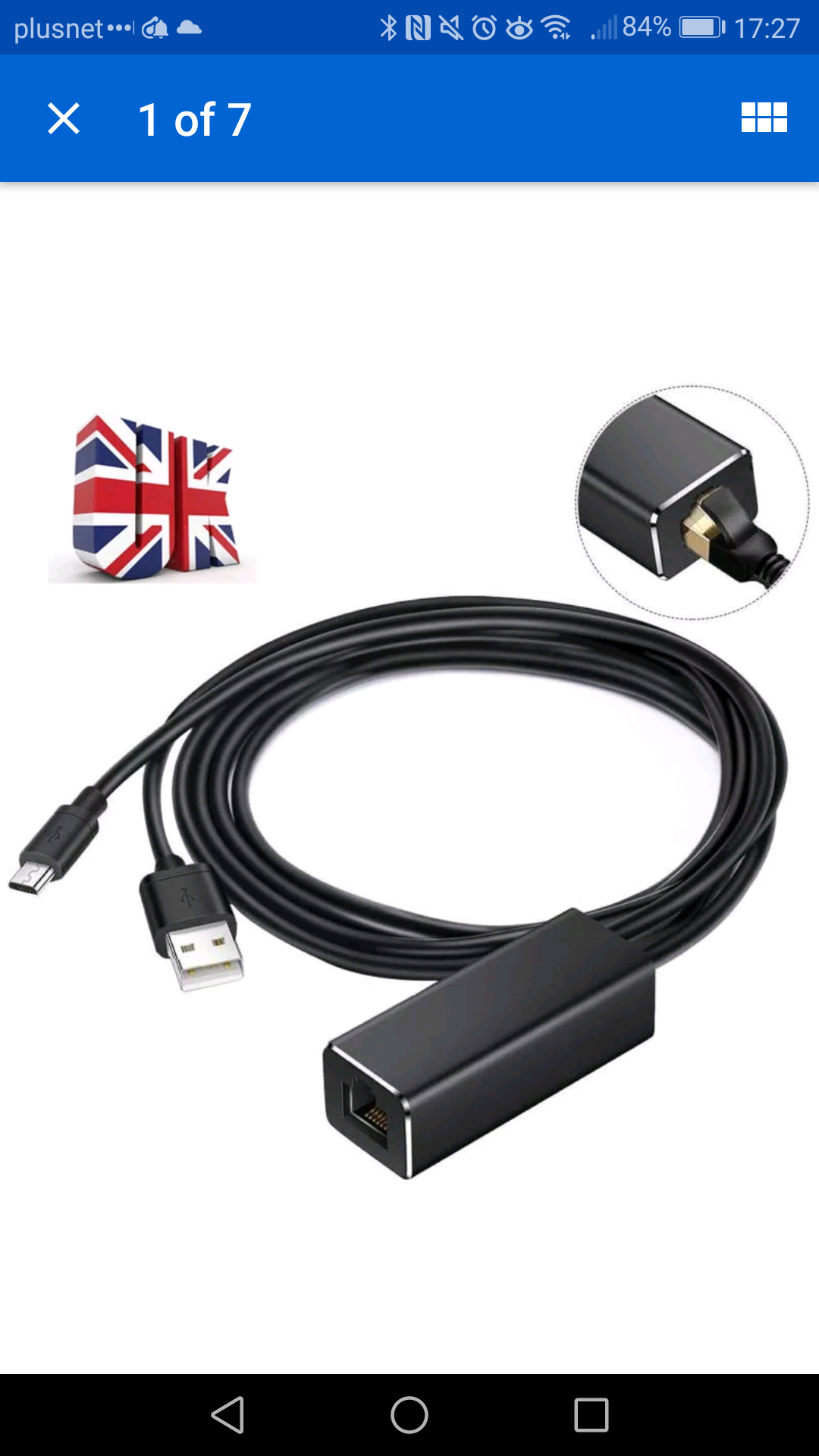 That cable is the best solution, OP just needs to remember that the WiFi will be faster if the signal is there because its only USB 2.0.
Edited by: "mogsog" 4th Jan 2019
6th Jan 2019
For anyone that’s interested I ordered the ‘ugreen’ ethernet adapters and so far so good. Getting my full broadband speed on the fire stick
15th May 2019
Most WiFi above 20mbs should be fine, however, if you use plex and have hi res rips with 10 bit colour, your likely gonna need the ethernet adapter as those larger files with have higher bit rates. Streaming services compress and optimise their 4K content to provide a good experience for a larger audience and to reduce their upstream.

If you just stream from Netflix, etc, WiFi is more than fine.
If you plan on having a media server like me with 4K Blu-ray rips, you need LAN.
5th Aug 2019
waste of money these do not even support gigabit only 10/100 connection.

better of extending your wifi connection
6th Jan
I bought this, only connected today but has made an improvement to steaming.
ebay.co.uk/itm…649
6th Jan

I only have 30mb anyway so wouldn’t make a difference would it?

So you could have 200Mbps wi-fi to the router with a 30Mbps internet connection, rather than 15Mbps.

Obviously anything going to and from the internet is still limited by the internet connection but there's no reason it should be further limited to 15Mbps once it's passed your modem.
6th Jan

I'll give this a go.
Currently takes about 5sec to load TV show/movie when using apks.
2nd Mar

‌ Which brand have you got? The amazon own or a different one?

Amazon's genuine ones. I am sure they were about £11 each