Deal editor1
Posted 20th Apr
Facebook Gaming has been around for a fair old while now. I think StoneMountain64 was the first gaming streamer to hit Facebook Gaming properly (or one of them) It's always been an odd feeling platform in my opinion.

Laggy streams or quality issues, not very intuitive and just a little... meh. It was good enough to support and watch streamers though, it just never WOWED me personally. Fingers crossed this improves the whole thing.

Now Facebook have launched the "Facebook Gaming" app, which aims to up the experience and allow easier sharing, better viewing experiences and games. It was only a matter of time before we saw this and it seems like a good idea on the face of it all.

I'm not sure if they plan to stop the live streams from appearing on your feeds though. Well... in the same way as they do right now. Will they change it to a button to open the app? It might feel like you've been forced into having the app that way. I guess we'll see! 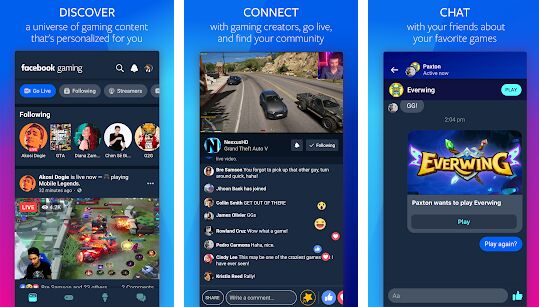