6
Posted 18th Nov 2020
Back in September, Sports Interactive announced that Football Manager would be returning to Xbox consoles after more than a decade away from the platform with Football Manager 2021: Xbox Edition. Now, the developer has revealed that the popular management game is coming to Xbox One, Xbox Series X|S, and Windows 10 on December 1st. 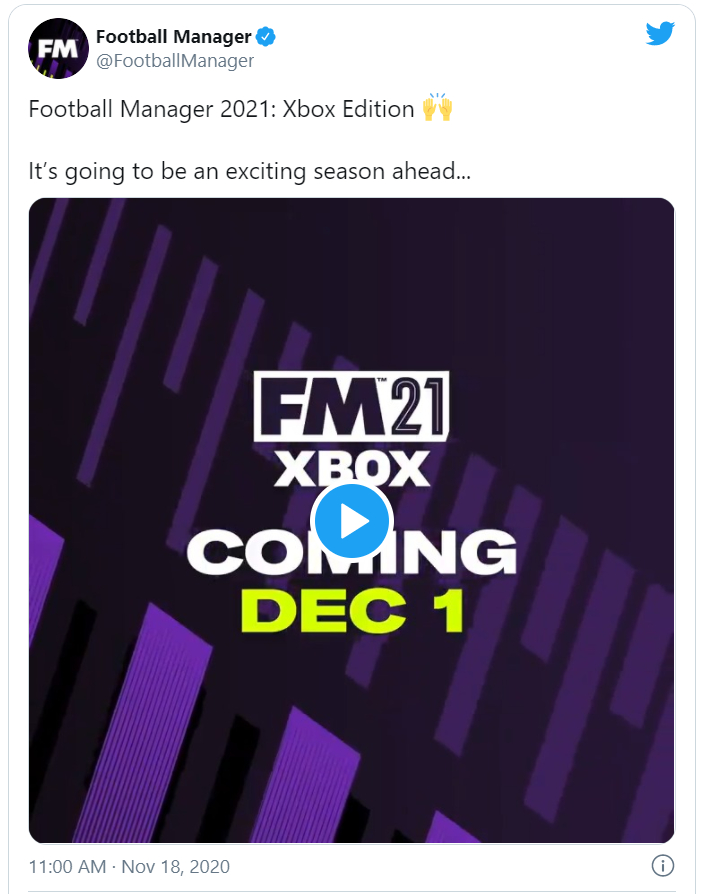 Football Manager 2021: Xbox Edition is modelled on the Football Manager Touch version of the game and has been specially optimised for Xbox consoles. Sports Interactive says the new game features an "intuitive UI" that's been optimised for use with Xbox controllers making navigation through the game "a breeze." FM21: Xbox Edition also includes updated visuals, and allows you to communicate with players during matches using Shouts, while "receiving targeted information from your Assistant." 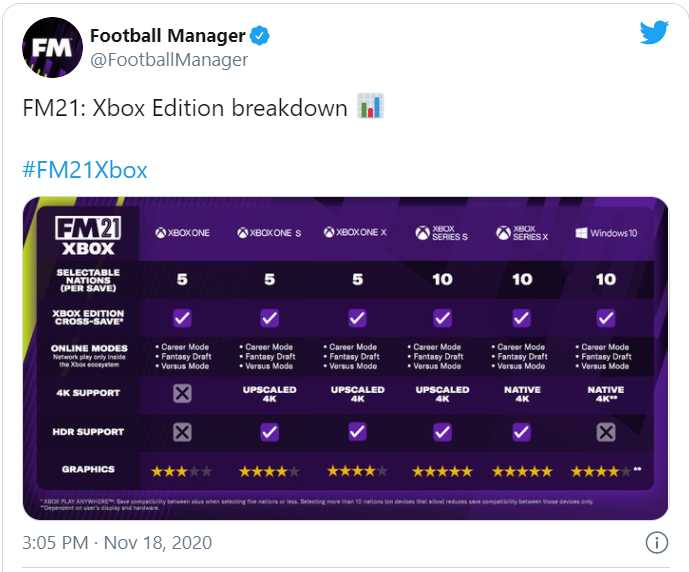 Football Manager 21: Xbox Edition will be playable in native 4K on the Xbox Series X and upscaled 4K on the Series S, Xbox One X and Xbox One S. The game leverages Smart Delivery across all Xbox consoles, and is also an Xbox Play Anywhere title, meaning you can transfer your progress between your Xbox and Windows 10 versions of the game.