2
Posted 18th Jun 2020
I went to Bluewater yesterday and asked if they had any X Box One X consoles. They had two at 259.99. both with Fallout 76.
Today I tried Lakeside Thurrock and asked. They had a couple of consoles and said one had a fold on the corner of the box. It was still sealed but as it was not a pristine box I could have it for 20per cent less. The assistant opened the box and it was all sealed inside. So a bargain for 207.99.
The moral of the story and hopefully not a wild goose chase ..... Game have probably got old stock in at the 259.99 price. But of it's old them there's a chance it may be sold with a discount like mine. No harm in asking. 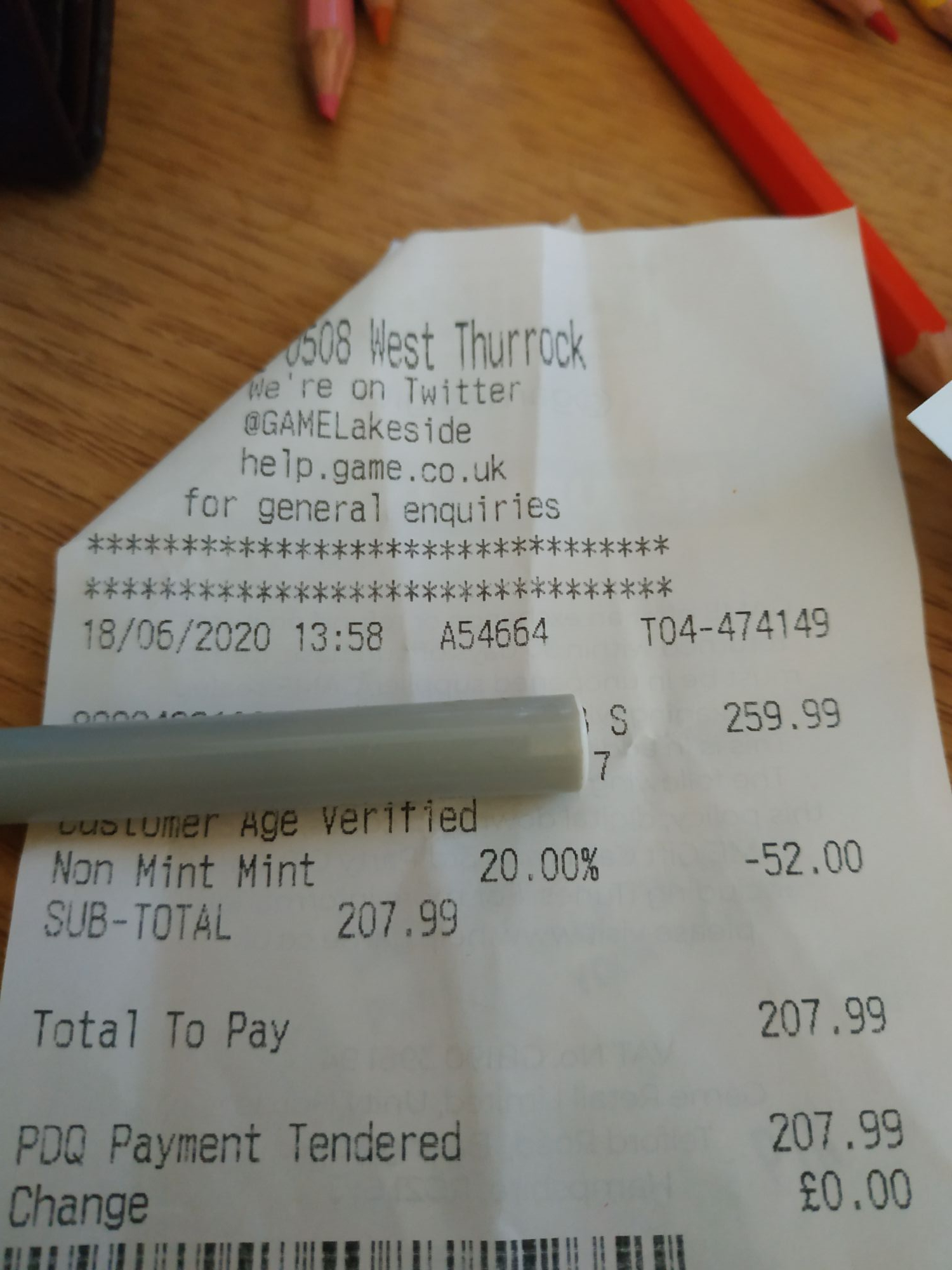 PostTweetShare Share with WhatsApp Share with Messenger
Community Updates
Retailer Offers and Issues
New Comment SubscribeSave for later
2 Comments
18th Jun
Receipt shows the item as being non mint mint, only certain game stores are classed as non mint mint and not all stores receive this type of stock. 20% off a console is not the normal and I think you were rather lucky, and someone will be getting in trouble!
19th Jun
The assistant showed me the box. There was a fold on the corner, nothing much. She spoke with the manager. He authorised the 20per cent. Never seen anything like it before so I had them open box. Yes they may have had console nearly 2 years but it's new. So if they have any stock just examine and try your luck