Empty Amazon boxes left over after christmas, use them to donate for free!

9
Posted 30th Dec 2019
To get started, print the free shipping label for your box and feel free to fill it up with your donatable items!

Now Give Back Box only donates through shipping.

Once your donation has been processed, you'll be notified by email and you can use your tracking number to itemize your donation online from your account to get a tax deduction receipt.

Give Back Box® was founded in USA in 2012 by Monika Wiela, who at the time was running an online shoe store. The idea was inspired by a homeless man she encountered in Chicago, who was holding up a sign saying he needed a pair of shoes. Wiela returned later that day with shoes for him, but he was gone. She spent that night thinking about what she could do with all the empty boxes in her warehouse and also help people like that man, and a new social enterprise was born. As Wiela researched further, she learned that, an estimated 11 million tons of clothing, footwear, towels, bedding, drapery, and other textiles end up in U.S. landfills every year. In addition, online shopping is now the preferred method for much of the buying public. Corrugated boxes are the dominant packaging method for e-commerce. With this knowledge, Wiela’s mission crystalized. If online retailers would use Give Back Box, shipping boxes and other items could be used a second time prior to being recycled. The impact would be remarkable.

Wiela’s first step to bring her dream to reality was to find a nonprofit with a national footprint that could accept donations on a grand scale. The organization would have to be able to not only accept used clothing but other items that people wanted to donate. The nonprofit enterprise also needed to have a program to recycle the boxes that it would receive, further limiting landfill waste.

The first major retailer to join Give Back Box was Newegg.com. The retailer placed Give Back Box fliers in all the boxes shipped to its customers. The flier recommended that customers re-use the boxes their purchases came in and fill them with clothes, accessories and household items, then ship them to local charities using pre-paid shipping labels. The local charities developed a system to track the packages, so when they received the boxes and scanned them in, tax receipts were generated for appropriate donors.

Give Back Box® has also teamed up with some of the biggest retailers in the U.S., including Overstock, Amazon, Loft, REI, Levi’s, Asics, Ann Taylor, Uncommongoods, Nordstrom, Viva Terra, Ecru, Bonobos, Scrubs & Beyond, eBags, Lou & Grey and many others.

The Give Back Box platform is open for any retailer who joins as a partner. It is open for donors as well, with the option to chose charity. The charities stocks their shelves with the donations, and the revenues help fund its mission of helping people in need reach their full potential through learning and the power of work. The charities also recycle every box that arrives at their facilities.

Give Back Box has truly created a new method of waste diversion for retailers because, in addition to creating a secondary use for the shipping box and guaranteeing that it will be recycled, it helps clear closets, create jobs and offer more companies and their customers an opportunity to recycle.
30th Dec 2019
If I’ve read it correctly - any boxes can be used to return unwanted items for free.
A bit like those bags we all get every week and then bin.
Keep the box add in anything unneeded and return for free - not sure if Xmas wrapping paper, booze bottles etc qualifies but why not it’s worth the effort
30th Dec 2019
Or fill the box with your stuff and take to your local charity shop.
30th Dec 2019

Or fill the box with your stuff and take to your local charity shop. 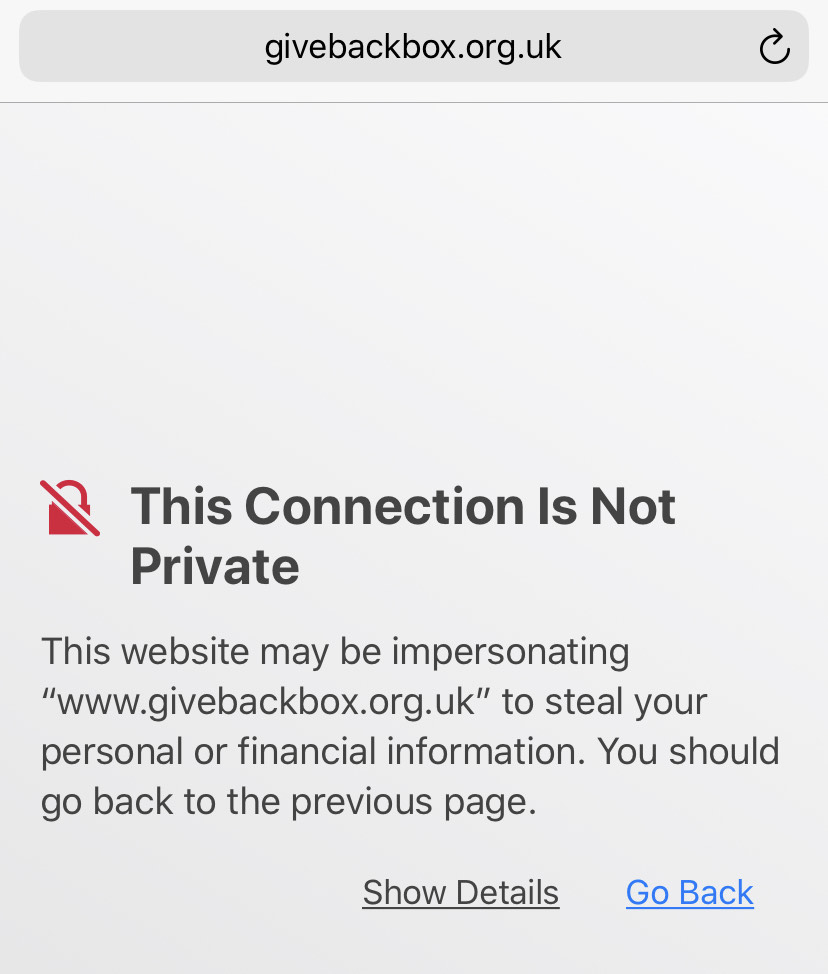