Loads of people here have posted amazing deals out the goodness of their hearts purely to benefit the community so I thought today I’d go out my way also :).

This deal has been posted before but it’s been moved to a discussion thread without it really being over.

As it happens I only managed to get the deal because the original poster uploaded proof of purchase so I’m going to do the same for you guys.

Earlier I went to a Currys in Leeds and showed them the proof from here:

The price match was against London Tech shop, here’s the link:

After a little persuading and showing them it was in stock and what appeared to be a UK business they took one look and agreed without too much fuss.

I swear I saw Santa Claus walking past me when they agreed, but due to other stores agreeing it set the precedent and now we have one online case and an in store from me with evidence, also in the thread above are more cases too.

So hopefully you can take these images, links and the other thread and be enough for them to agree.

If just one more person gets to get these cans for this amazing price then I’ll be very happy!

They are also selling on amazon for £239 and hashtechguy for £202 which has helped others get approved. 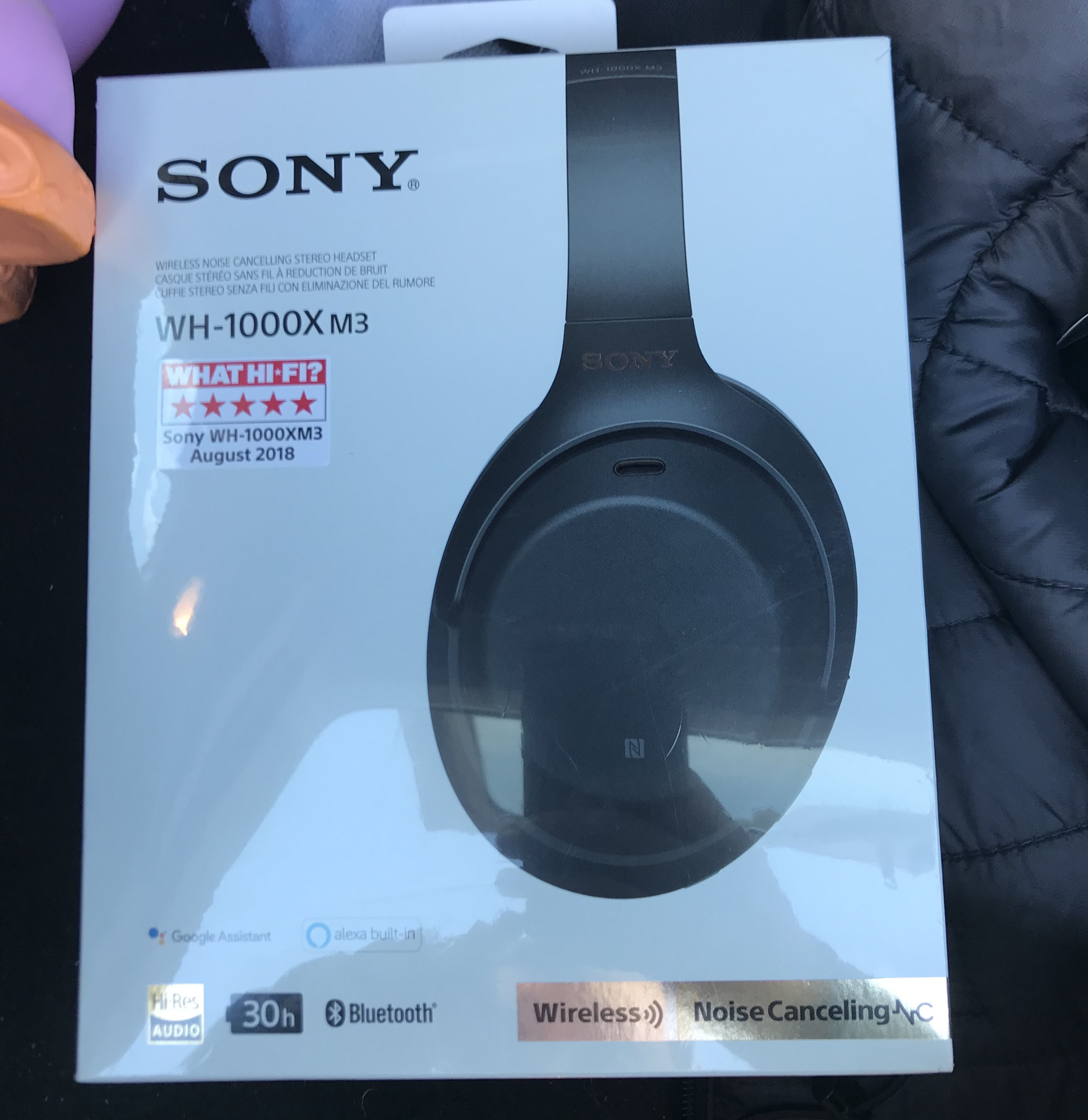 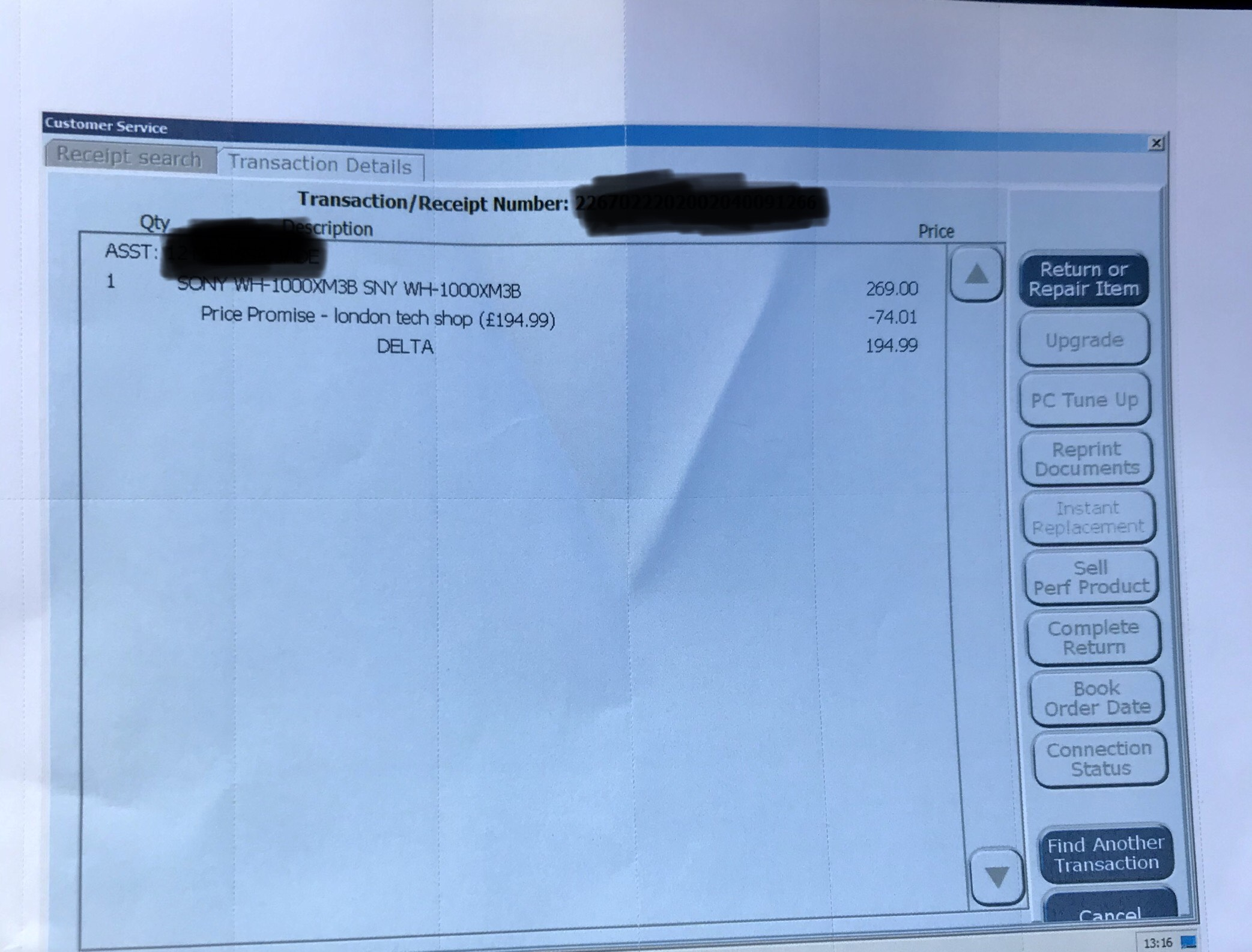 Somehow I lost the receipt but got this print out instead, they say I can go get a new one when the system updates tomorrow but this is as good as

The End.
4th Feb
Tried to do this at currys/dixon in heathrow and they said they don't deal with third party websites. I showed him proof as well but no luck. They sell them for £229
4th Feb

Did you show the evidence that clearly that isn’t the case given other stores have allowed?
5th Feb
I tried to do this at Loughborough Currys yesterday but they refused. The seller said they only do price match with the website registered in UK with .co.uk not .com.
5th Feb
I just tried online over live chat on the off chance, they have refused

Laura: Good afternoon, how can I help you?
You: Hi, are you able to price match some headphones please? They are listed here: londontechshop.com/son…tml
Laura: I am very sorry we do not match this retailer
You: It looks like there are several people that have had it price matched by yourselves
You: It is a UK store, can I ask why?
You: hotukdeals.com/dea…978
Laura: we do not match them as the delivery times given are only estimates and not confirmed
5th Feb
its like taking horses to water..... no disrespect guys but you only have a chance if you take the original posters screenshots with mine since I did it yesterday and show them that 2 stores have done the deal already, so they should contiunue to do so, its not like they will lose money the markup on tech is crazy at times

You can try online but there onto it already, although I think someone did manage to get it didnt they.....luck of the draw perhaps, maybe I should try again online
Edited by: "wipe0wt2097" 5th Feb
10th Feb
I know it’s a week old but anybody had any more joy with these, looking at getting some tomorrow from Birmingham hopefully! :-))
11th Feb
One lad sad he was refused but not sure where he was from, down to the manager apparantly so worth trying multiple stores, I’ve had them on and there amazing have to say, you can even get 5hrs playback for 10 mins charge
11th Feb

Cheers mate, it’s the first time I’ve made a step up to proper quality headphones.. I had a listen to a pair the other day and they seemed to blow Bose 35 out the water! As you’ve got a pair, any criticisms of them or they worth the money?! Thanks again mate
11th Feb

At first the standard setting was disappointing as I’m more a treble guy but it’s set daily basey but then when you get the app it suddenly opens up! So many variations and it even takes photos of your ears to it can optimise the sound for you 😃
13th Feb 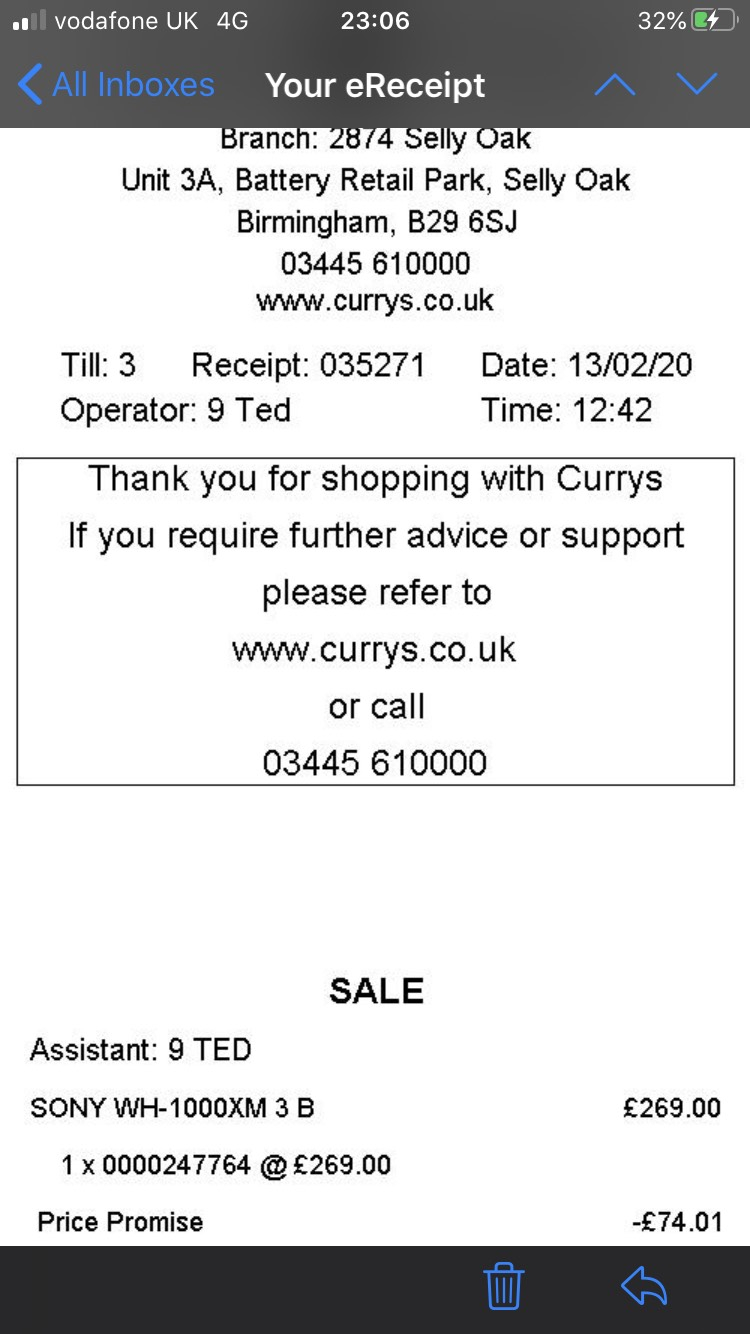 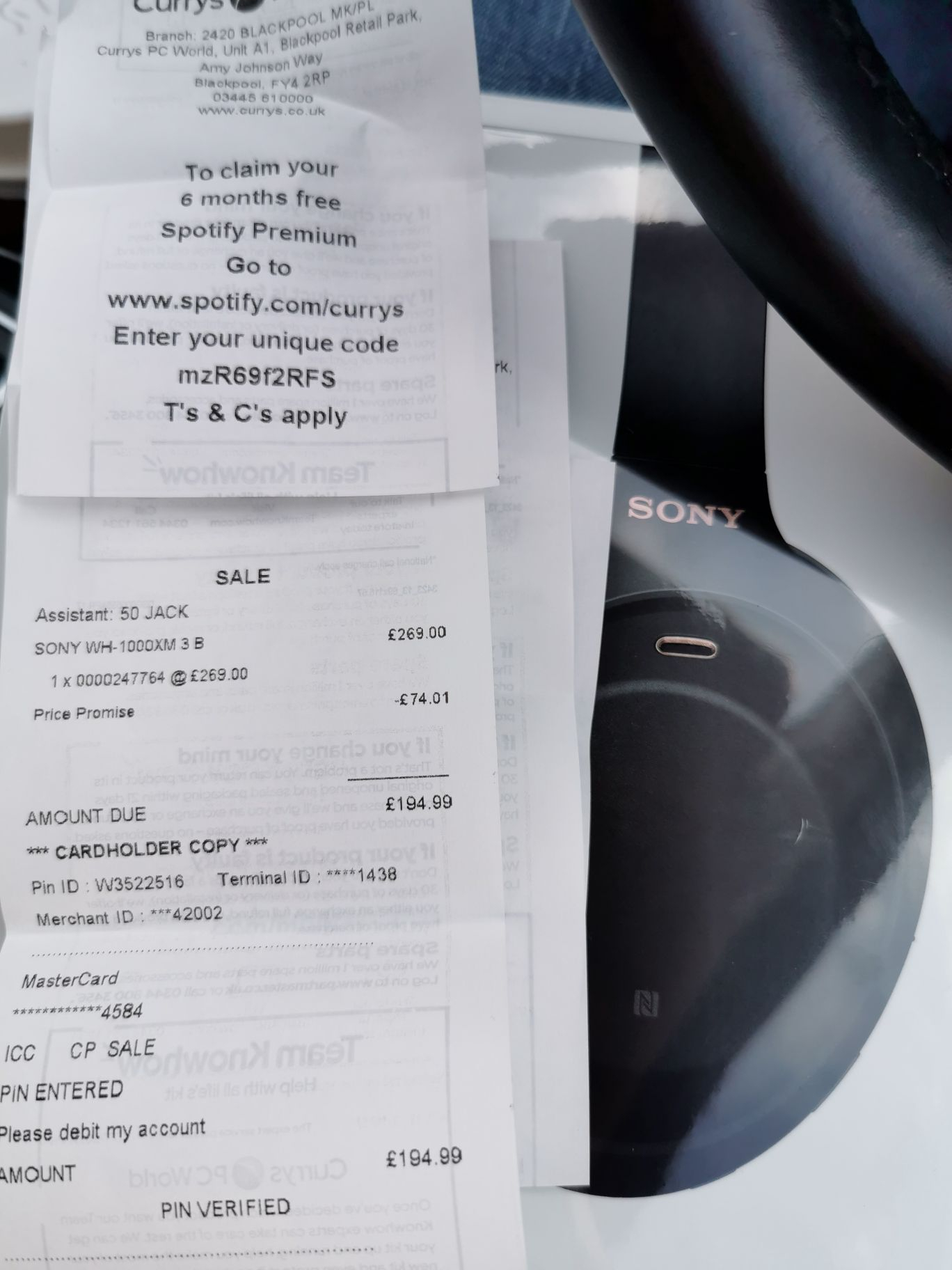 Might want to blur out that Spotify code
16th Feb

What did you use as evidence for the price-match......this thread and screenshots?
16th Feb

Enjoy I've tried premium before so can't use it
16th Feb

Yes use the Web page and then the thread
17th Feb

Yes use the Web page and then the thread

How did you use the website when it is out of stock? Don't they only price match in stock items?
17th Feb