Intu properties in administration, what does this mean for retail

28
Posted 10th Jun 2020Edited by:"minifig290"26th Jun
Retail property owner Intu Properties has collapsed into administration today, Friday 26th, with KPMG administers taking hold of the business. As a result 17 centres are at risk with over 100,000 jobs also on the line.

Intu properties own some of the largest shopping centres in the UK:

Intu also have some ownership of these centres:

In recent days its has been announce Debenhams one of Intu's largest tenants is to close 3 stores in Intu owned centres. Debenhams in Metrocentre, Milton Keynes and Watford are now permanently closed, alongside 17 other Debenhams stores.

Prior to the Covid-19 lockdown Intu properties had £4.6bn in debt but with many retailers not paying rent they are ever more struggling now. They are asking lenders for "breathing space" and have a grace period up until December 2021. Also two centres, Intu Merry Hill and Intu Broadmarsh, are both undergoing some works which has probably only made their debts worse.

During lockdown Intu centres have remain partly open as most centres offer essential retail services for the communities they serve.

Intu Broadmarsh in Nottingham has had to close from Friday 12th as it is deemed unsafe to open the centre, this means all essential stores like Wilko are now temporarily closed until further notice.

When and even if the centre will reopen remains to be seen at the moment, but scaffolding ha been removed from the centre as works are put on hold and there are some plans by the council to redevelop the site ,where Broadmarsh was going to expand to, into public space.

Intu has got until midnight Friday to get a new deal with lenders but on Friday morning we've learnt these negotiations have failed with lenders to financial restructuring of the company.

As of now 132,000 jobs are in the balance as the chain is expected to collapse, earlier this week Intu said they might have to close entire centres, though should Intu collapse all of the 17 centres owned by Intu are expected to continue trading until further notice

Intu have collapsed into administration here is what this means and what will happen: 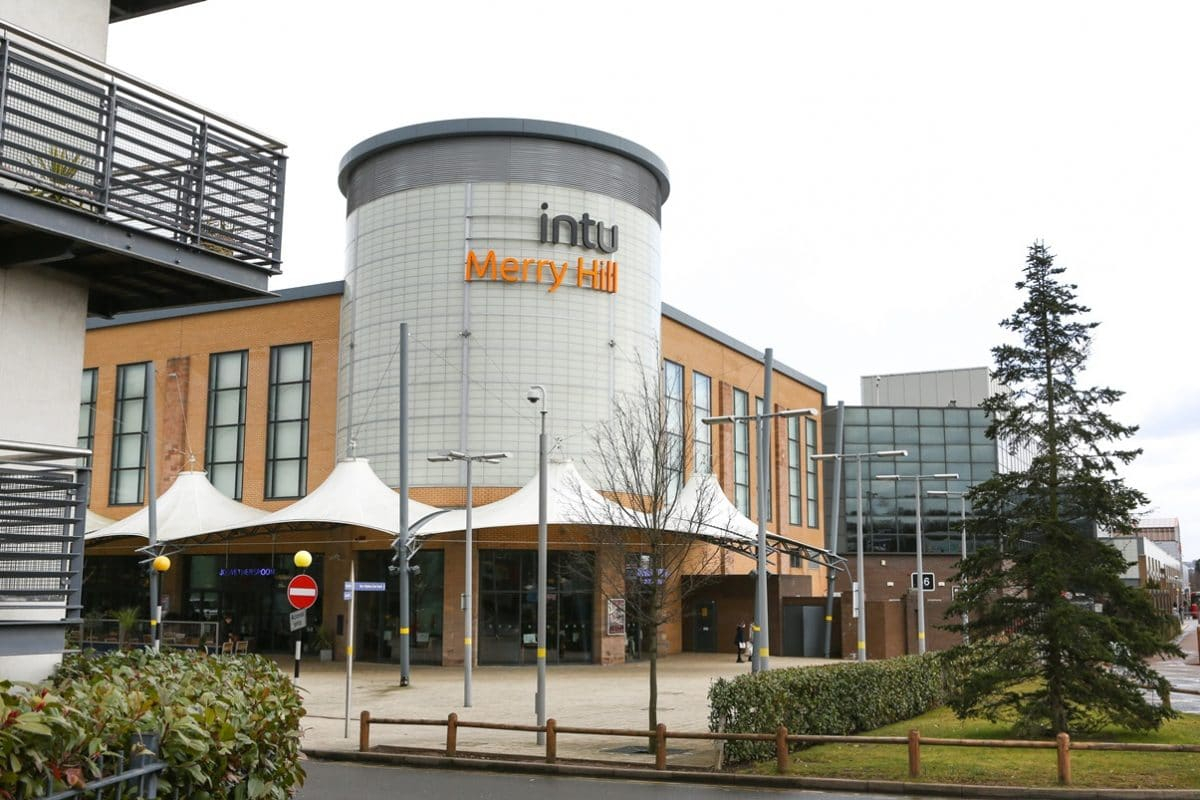 PostTweetShare Share with WhatsApp Share with Messenger
Community Updates
Misc
New Comment SubscribeSave for later
Top comments
11th Jun
I think they're doomed. Retail is going to be utterly decimated and scores of established chains are going to go under in the next 6 months. Lots of shopping centres were looking grim even before Corona.

The future of town centres is turning them more into entertainment centres but that won't help huge shopping centres like Lakeside. I think we're going to experience the plague of ghost malls that America has.
10th Jun
There was someone on here two months ago thinking of buying shares in them. Wonder if he did

hotukdeals.com/dis…852
28 Comments
10th Jun
Ok
10th Jun
There was someone on here two months ago thinking of buying shares in them. Wonder if he did

hotukdeals.com/dis…852
11th Jun
I think they're doomed. Retail is going to be utterly decimated and scores of established chains are going to go under in the next 6 months. Lots of shopping centres were looking grim even before Corona.

The future of town centres is turning them more into entertainment centres but that won't help huge shopping centres like Lakeside. I think we're going to experience the plague of ghost malls that America has.
11th Jun

To be fair, if they did buy any at 4p they would be sitting on a nice little profit - 7p as of now. Best to get out while the shares are still trading.
11th Jun

Indeed, if they'd bought then and held on they could have sold them at almost 10p last Wednesday.
11th Jun
I'm not surprised as they were in too deep in the retail sector.
14th Jun
In what has been a tough week for the company, Intu Broadmarsh in Nottingham has had to close from Friday 12th as it is deemed unsafe to open the centre, this means all essential stores like Wilko are now temporarily closed until further notice.

When and even if the centre will reopen remains to be seen at the moment.
14th Jun

remains to be seen at the moment.

Pun intended?
14th Jun
Someone will take them over with reduced rents. Unless the administrators accept reduced rents then they will remain empty.
14th Jun
Where is Mike Ashley when you need him?
14th Jun

Opening all of his shops right now.
20th Jun

24th Jun
Looks like Intu has until Friday to get new finacial footing or else they could collapse resulting is the closures of some of their centres as a result there are worries some chains which operate in Intu properties could also collapse and this administration will have a chain reaction.
Edited by: "minifig290" 24th Jun
24th Jun
Do they do their own gift cards? If they do anyone with any better get them spent.
24th Jun

Ah that's a good point, Intu Gift Cards are still available at the moment I would advise anyone who has one to spend it before Friday, beware not all stores in Intu properties accept Intu Gift Cards to see which ones do and don't visit the Intu page for your closest Intu location and go into Stores and on the left hand side there is a button that has the options to show which stores accept their Gift Cards.

I have put a link to each Intu property in the OP, apart from the 3 properties they have partail ownership in as they do not accept Gift Cards.
26th Jun
The deal with lenders has failed and now retail experts are 90% confident the company will collapse.

I will keep this thread up to date on the latest news on Intu's potential administration.
26th Jun

So what does this mean well:

- All 17 Intu properties will continue trading until further notice under KPMG
- Three Spanish Malls are also at risk
- Intu's stocks on the London & Johannesburg stock exchange has been suspended
- Intu gift cards are expected to be invalid
- KPMG will now try to find a buyer for the company or will liquidate its assets if a buyer is not found
26th Jun
I don't know what they were thinking when they started renovations on several of their shopping centres as they have been in trouble for a while.
26th Jun
Further update on jobs:

2800 jobs are directly affected and over 100,000 further jobs will be affected in shops in Intu properties.
26th Jun
Nothing will change another firm will just take over the running of the centres...
26th Jun
true, only the poor souls who purchased shares are shaftted

26th Jun
The Future of shopping is a combination of online, small out of town retail parks and retail destinations like the Trafford Centre. Town/City centre shopping is doomed, Intu have a lot of town centre shopping centres and that was the problem.
28th Jun

Mike Ashley has a long history of trying to move his shops out of Intu shopping centres. At the Intu Metrocentre in Gateshead he pulled out the Sports Direct store a few years ago to move it to separate building over the road and then following that he threatened to close the 15 other stores he owned at the Metrocentre and the nearby Intu Eldon Square at Newcastle in a row over rent prices. He's one of the ones that have contributed to Intu's problems, apparently he was demanding to pay "little to no rent" to Intu on his House Of Fraser stores at Lakeside, Nottingham, Norwich, and Metrocentre.
chroniclelive.co.uk/bus…622
Edited by: "Haircut_100" 28th Jun
21st Jul
Trafford Centre personal experience

Made a visit around December 2019, they were building further extension to the existing building via bridge link.
New building had 2 shops open that i could see (Disney Shop and Sea Life).
Remainder of the building was a worksite with water dripping from the roof, floors had no tiles.
Was disgusted at the sight and decided it would be my last visit.
22nd Jul
After collapsing, the first job losses have been announced.

61 jobs will be cut, 46 head rolls at its London HQ and 15 jobs at the Intu Broadmarsh shopping centre in Nottingham which has been closed since 13th June. Its reported that Intu Broadmarsh is likely to close permanently as a result of this administration, Nottingham City Council now owns the site.
25th Oct
3 months after falling into administration, this is what's happened to Intu.

Unfortunately a few others are yet to have been taken
Some changes to other centres include.

- Intu Chapelfield in Norwich was rebranded to Chantry Place despite now new owner.
- Intu Broadmarsh's future seems dark, it has been closed since July and now is under ownership of Nottingham City Council who plan to demolish the site for future redevelopment.
- Intu Merry Hill's £10m revamp is well under way and set to be done by spring 2021.
- Soar, a leisure complex next to Intu Braehead, was taken over by a new owner after going into administration, they where owned by Intu.