10
Posted 29th Jul 2018
Hi all. I noticed this last night and I've already marked the date in my diary. So for those of you who wished this would be released in HD, set your watch for...

I fear that had I put this in discussions, it probably would be missed by most - and if a mod sees this, all I ask is that it's up for at least 24 hours? To allow everyone to see it in time. One of the best TV series released last decade without a shadow of doubt.

I was still sitting on the fence about whether to buy the DVD box set and as it's been on offer a few times. Thankfully now, I can wait.

It's been remastered and Shawn Ryan has been very hands on I've been told. 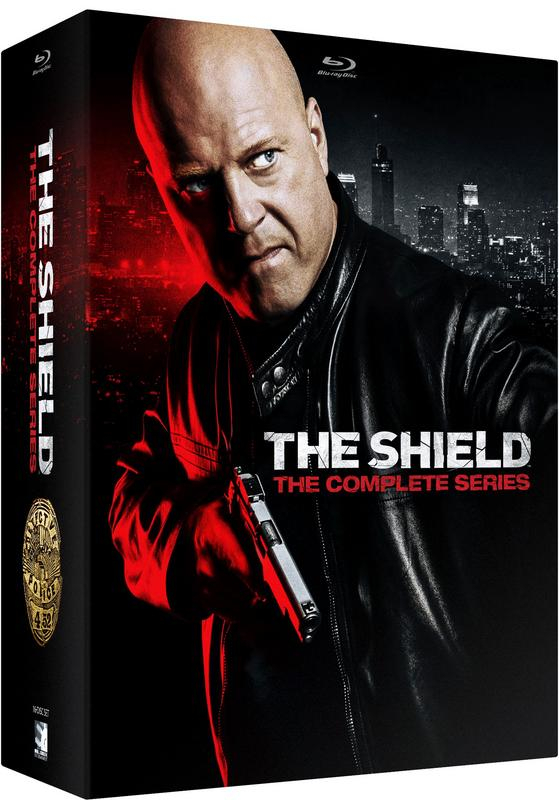 29th Jul 2018
It’s released in America (so possible will be region locked) in November according to the press release and for $230 too. Think it’s going to need a few hefty price cuts before it’s worth buying.
29th Jul 2018
That's their SRP, similar to our RRP. It will never be released at that price. That's just retail suicide. I could probably see this going for £60-80 on release, but don't forget, Black Friday will be just around the corner

Mill Creek Entertainment has officially announced that it will release on Blu-ray The Shield: The Complete Series. The 18-disc box set will be available for purchase on November 6.

Studio description: All 88 episodes from seven groundbreaking seasons of the Emmy-winning series available for the first time ever in stunning widescreen High Definition!

This definitive collector's edition set features 4K RESTORATIONS OF EACH EPISODE, along with dozens of hours of special features including deleted scenes, commentaries from the cast and crew, featurettes and so much more!

Creator Shawn Ryan hails this Collector's Edition Blu-ray set "as the exclamation point to the legacy of The Shield." Ryan recalls, "A high-definition restoration was not possible until now." Thanks to a new patented process, the entire series has undergone a 4k transfer and restoration from the 16mm film elements preserving the intentional grit and raw texture that's unique to this series.

"We are thrilled to be able to present The Shield in its entirety, available for the first time on Blu-ray having been masterfully restored in widescreen, high definition," says Barrett Evans, VP of Marketing and Product Development for Mill Creek Entertainment. "The series had a monumental impact on television when it debuted,and its themes and subject matter are still poignant and relevant today."

In celebration of this release, Mill Creek Entertainment is orchestrating a reunion with the principal cast and crew, including Shawn Ryan, Michael Chiklis, Catherine Dent, Walton Goggins, Jay Karnes, Benito Martinez, CCH Pounder, Cathy Cahlin Ryan, Kenny Johnson, David Rees Snell, Paula Garcés, and David Marciano. Also included on this special Blu-ray release will be a writers panel from the ATX Festival featuring Ryan, Kurt Sutter, and Glen Mazzara plus interviews with the executives and critics who framed and followed the show as it changed the television landscape.

"The Shield redefined cable television and paved the way for a new level of hard-hitting shows that followed," says J.W. Starrett, Director of Product Development for Mill Creek Entertainment. "Getting the cast and crew back together 10 years after the final episode aired gives some really interesting insight and fascinating stories about their experience working on the show." Additional special features will be included from previous DVD releases, as well as new features currently in development. A complete listing will be announced in the coming weeks.

The Shield originally aired on FX from 2002-2008. Created by Shawn Ryan, the series won 2 Golden Globe awards, including Best Television Series - Drama, a Primetime Emmy award and 2 AFI Awards for "TV Program of the Year." The series is also included on numerous "Top TV Shows Of All Time" from publications including TV Guide, Time and Rolling Stone.

SPECIAL FEATURES - BLU-RAY EXCLUSIVE:
*Beautifully packaged in a high-value DigiBook with hundreds of production stills and behind-the-scenes photos. Also features all-new liner notes written by creator Shawn Ryan giving an intimate perspective of this series.
29th Jul 2018
For anyone who hasn't seen this it's a great series with a satisfying conclusion. Would really recommend to anyone on the lookout for a decent crime drama.
29th Jul 2018
Very Underrated
The show is a bit too long IMO
31st Jul 2018
Noice! Vic Mackey for the win. Very underrated show in the U.K.
21st Sep 2018

Where did you read that? I saw a post from a few weeks ago where someone contacted mill creek, they said they only had rights to sell in the US and Canada
22nd Sep 2018
People above stating it’s getting a UK release are incorrect. I’ve been contacted by Mill Creek and it’s been confirmed The Shield will NOT get a blu ray release in UK which is rubbish
26th Sep 2018

Can you post a screenshot? They've been very vague online with them not answering UK customers.