The magic words - "Eurogamer sources have indicated that Mario Galaxy is indeed one of the games being readied for a remaster, alongside a couple of other 3D Mario favourites"

Honestly, who's up for this little gem to be remastered, because I know I am!

Eurogamer are also reporting in the same article that can be viewed [HERE] that a new Paper Mario is in the works alongside a Deluxe version of Super Mario 3D World for Nintendo Switch. 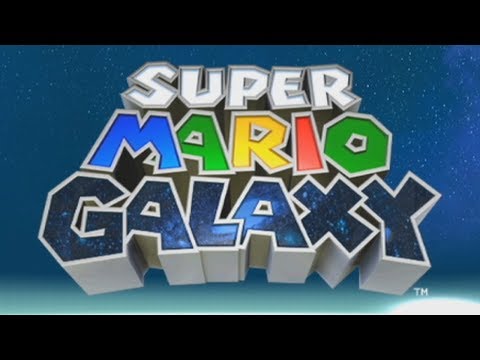 Nintendo Switch's first-party line-up for the rest of 2020 will be dominated by Mario games old and new, to coincide with the original Super Mario Bros.' 35th anniversary.

That's according to Eurogamer sources with knowledge of Nintendo's upcoming plans, who have corroborated a report posted by VGC.
First, the report states Nintendo will release "most of Super Mario's 35-year back catalogue this year, remastered for Nintendo Switch".

There's no detail on which games this includes, but the article includes a banner image of Mario Galaxy, perhaps intended to suggest the Wii classic as one of these games.

Eurogamer sources have indicated that Mario Galaxy is indeed one of the games being readied for a remaster, alongside a couple of other 3D Mario favourites.
Many earlier Mario games are already available on Switch via the console's Switch Online NES and SNES apps.

Second, the report states "several other Mario titles" will release in 2020, including a new Paper Mario.

Eurogamer sources have confirmed a new Paper Mario is in the works, along with a Deluxe version of Super Mario 3D World, which will include an array of new levels. This long-rumoured Wii U port is one of a couple of first-party games from Nintendo's previous console currently due for a new lease of life in 2020.

When contacted for this story, Nintendo gave Eurogamer its traditional response that it did not comment on rumour or speculation.
PostTweetShare Share with WhatsApp Share with Messenger
Community Updates
Misc
New Comment Subscribe Save for later
10 Comments
30th Mar
30th Mar
That would be amazing! I hope they remaster both. They should also rerelease the Zelda remasters that are currently sitting on the Wii U gathering dust. I'm surprised they didn't do it before with the explosion of Zelda's popularity due to Breath of the Wild.
30th Mar
Found my Wii versions the other day and wondered this! Such a good game, exciting!
30th Mar
Would be a welcome remaster, but come on Nintendo... METROID PRIME TRILOGY REMASTER PLEASE.
30th Mar
Definitely sign me up for this, I'll be buying it
30th Mar
They could release every old Mario game on Switch and I'd buy them all, even though I own all of them in one format or another.
30th Mar
Yes please as never really played them on wii
30th Mar

I found the game incredible. Preferred it much more to Odyssey.
30th Mar
I'm not big on Paper Mario games, nothing wrong with them, just think they are for a select audience. Galaxy 1-2 is of interest though.

Might be a bit controversial, but what about a 8-bit SMB3 updated and remastered for Switch, with multiplayer online support?

That would sell Switch consoles on its own.
31st Mar
For free cuz of Corona?