Oled LG ,I should of stuck with Panasonic

23
Posted 1st Jun 2020
Oh dear I took the plunge and went for a nice LG oled after buying Panasonic for the last ten years .

My panni plasma is still on my wall now going strong never a single issue .

My oled has been on the wall since March and it’s broke .wow Im shocked !

I hit the power I get three flashes then a clunk then nothing , screen is total black .

Anyone has the issue what can it be ?
PostTweetShare Share with WhatsApp Share with Messenger
Community Updates
Ask
New Comment SubscribeSave for later
23 Comments
1st Jun
It will be under warranty so just ring the supplier and get a relacement.
1st Jun
I had the same problem with mine, you will need a new one. Contact where you bought it and they should sort it, only waited for 3 days for a replacement and haven’t had an issue with it since. I had the same clicking issue and when I had the tv back it was brand new. Fingers crossed you get it sorted, quickly!
1st Jun

Did they send a new one ?

I’ve just spoke to currys team and they are collecting the tv on Wednesday said they are sending it to LG and will have it back by Monday .

Just wondered what has caused it , I have it plugged into a socket behind the tv . The socket has a plug in the end that’s goes into a extension lead with is fitted with surge protection?

But it’s been fine for three months , I watched it last night also
1st Jun
Like any electric goods this can happen. LG are a good brand but it happens
1st Jun
Next time buy a Sony.

My cheap Panny bedroom TV is a rebadged Vestrel....

Never again.
1st Jun
@ashmac they did after 2 days, mine was also with Curry’s so you should have any problems. They told me it’s was a fault with the power connector but the guy who brought the new one said it was a panel issue, so who knows.
1st Jun
Just noticed this when power up , a bit of light in the corner ? 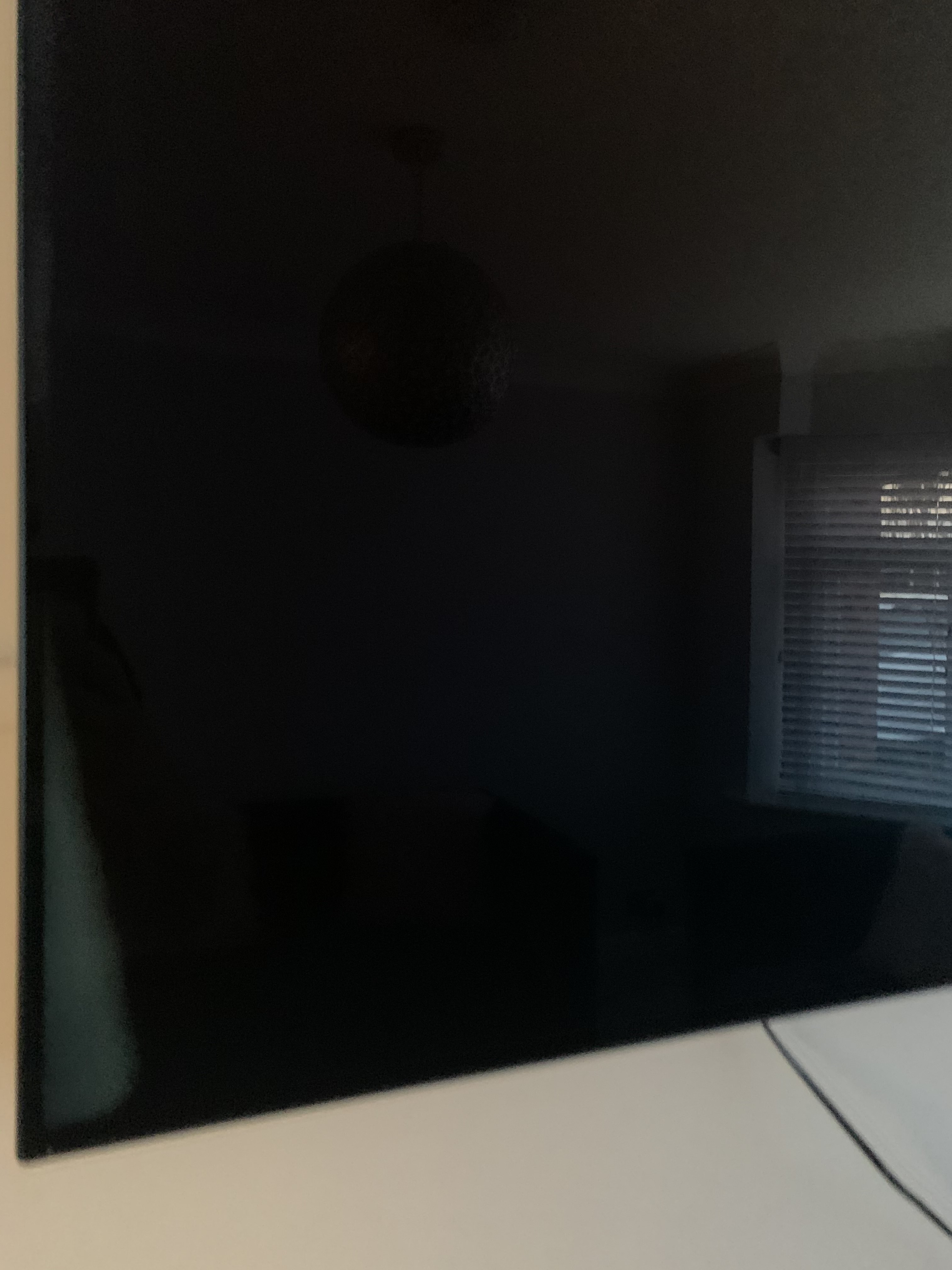 1st Jun
Get it replaced.
2nd Jun
Have had my 65 inch panny plasma on the wall for the last 8 years,bought at a police auction for £220 , was brand new , believe it was stolen from a shopping centre ,still working fine with a Apple tv box
2nd Jun
My Panasonic plasma is long gone. After 14 months got a 3cm wide black line just off centre. Luckily bought from John Lewis so got a full credit against a new TV. Just one of those things. Replaced with a Sony 49" HD LCD , then another Panny 4K LCD 55" and last year an LG 65" 4K. All these good TVs in their time and all still working. Also have a 42" LG HD ready TV in the conservatory that's around 10 years old and still going strong.
2nd Jun

Could Heat, Condensation or Direct Sunlight exposure be the cause of the panel displays discolouration? Without sufficient cooling many panels can suffer internal damage.
2nd Jun
aren't most tv panels manufactured by LG and they bought out by other brands?
then it's just a matter of assembly by a different brand, same as cars tbh.
2nd Jun
If you've ever opened up the back of a modern flat screen you will know that they all have a number of control boards, similar to the motherboard in your computer. Whilst the panel on an OLED is all made by LG, the control boards are all unique.

LG have a reputation for using cheap components in their control boards which result in power failures amongst other symptoms. On my old LG plasma, I had the power board replaced under warranty and had to replace it again twice outside of contract myself. It was a known problem with use of a poor quality resistor on the control board but LG denied all responsibility. It sounds like they may not have learnt this lesson and so the poster is also having this problem.
2nd Jun

I got it from currys and they said it will be sent to LG but if they can’t fix it what happens then ?

Currys don’t sell the tv anymore and I only paid £750 ,and you can’t buy a oled tv for that
Edited by: "ashmac" 2nd Jun
2nd Jun
This is why you buy from a place with a 5/6 year warranty.

All electronics can suffer random faults, My old Samsung QLED developed faults after a couple of years as did my Samsung S7 - Oddly enough both were similar display issues likely caused by a bad connection (dead rows of pixels).
2nd Jun

A bit like a broken component on a computer, they will identify the faulty board, in this case the power board and simply fit a new one. I don't think there is any danger of it not being repairable. The only component to break which would write-off the set is the screen itself. However, you should google the model of your set and see if anyone is having a similar problem. If it is like my old Plasma, the power board may break every 2/3 years and require replacement.
3rd Jun
Panasonic has worse Cs, best getting full cover
4th Jun
Update

Let’s see what the outcome is
4th Jun

Hope they don't smash it and try and blame you like they initially did me! They then agreed it was their fault and replaced screen, returned back with the original fault not repaired!. The next time they sent it back they damaged all the bezel, All scratched etc.. They eventually repaired that. A year later, The same fault returned. Basically the HDMI ports on the back went faulty. I decided to just use the side HDMI port.
4th Jun

Took 10 pictures of screen , back and serial number and did a video of the full tv just in case they try any of that .

I fear the worse tbh with this repair
4th Jun

I've taken a quick google on LG and OLED TV Power issues. They do seem to have a bit of a problem and so when you get the set back, try to get a full description of the work they have done. That way, if it happens again outside warranty, you may be able to fix it yourself.
4th Jun

It looks like your panel has delaminated......Factory error.
I just got mine back a short while back.( From Currys)

It has lasted 3 years, but SKY NEWS has burned a strip at the bottom 3 inch from their rolling titles bar.

To be fair to Curry's they picked it up and replaced the full panel, no niggles or issues, in 5 days even in lockdown. Which i can say was excellent. This is one time in about 8 that they were due praise.

OLED is the dogs danglies, though.
Forget that Samsung con of QLED, its just not on the same level as OLED.
Edited by: "BlitRider" 4th Jun
6th Jun
Just had the engineer report back , they replaced the main board and fitted a new screen .

It’s being delivered Monday is there anything I need to be looking out for when I get the tv back ?