21
Posted 12th Feb
Just flagging this and wondering if anyone else has had a similar experience.

Placed an order on Amazon this morning. About an hour later a call was received from an ROI number. They just asked two questions. They asked if I placed an order recently and then identified the product ordered (without prompting) and asked to confirm this was the item.

It seemed odd but no address details or bank details were requested. I sought to verify this with Amazon's support chat and they advised they were unaware of such calls. They did, however, seem unsure but said if no personal details were given then it is probably fine (some comfort!)

A search online gives a myriad of responses. Some believe it is legitimate others say it is not.

The fact they had the order details is obviously a concern and it was an order for an electronic item so it was an unusual order for my account in that sense.

Amazon Chat said best to decline calls and contact them directly for security should this happen to anyone else.
PostTweetShare Share with WhatsApp Share with Messenger
Community Updates
Ask
New Comment Subscribe Save for later
21 Comments
12th Feb
SBA, FBA or marketplace order? Thanks.
12th Feb
Did they definitely say they were from Amazon? This sounds more like a bank checking that your details haven't been stolen. I believe they would be aware of what was ordered.
12th Feb

SBA, FBA or marketplace order? Thanks.

They definitely said Amazon.
12th Feb
If you're using a PC or Android device perhaps consider running a thorough malware scan e.g. with MalwareBytes. Then check that you have two factor authentication on both your Amazon and email accounts - if not then enable it and change the password. Also make sure that Amazon is showing up as a verified secure site with the padlock icon in the browser.

If you've done all that then I don't think you should worry too much, just keep an eye on your bank statements and your Amazon orders. If it is a scam then I don't see why they would call you in the first place just to confirm information they already have, I suspect Amazon messed up at one or their logistics centres or something.
Edited by: "James2505" 12th Feb
12th Feb

Thanks James. Malware Bytes scan has come back clear. Password changes were done immediately just in case. Just odd that no one can confirm either way!
Edited by: "blackbox2342" 12th Feb
12th Feb
I have rang Amazon customer services on a few occasions and when you request a ring back it has always been a ROI number.
12th Feb
Amazon called me back when I had a problem and it was an 0800 number.
12th Feb

How do you know if they will never call you back?
12th Feb

They have called me back a few times when I requested a call back. The call back was usually instant
12th Feb
If ANY COMPANY calls you asking for any information (if call is unexpected), it doesn't matter if it's from the official company phone number or they say they are from Amazon, your bank, or a company you have never heard of - DO NOT GIVE ANY INFORMATION.

It doesn't matter if they seem to have your details on file. Ask for reference numbers/details. Hang up the call and then call from another line using the official number of the company (which you can find on their website - make sure website is legit not a fake one).

Numbers can be spoofed (faked to look like another number) very easily. Personal details can be bought from hacked databases. If the call is important enough then you will be able to call back and get everything resolved.

If order details were provided, someone could have access to the Amazon account or the email linked to it where the confirmation email was sent.
Edited by: "jamie15" 12th Feb
12th Feb

Where are the stupid comments?
12th Feb
This happened only once with me. It was legit.
12th Feb 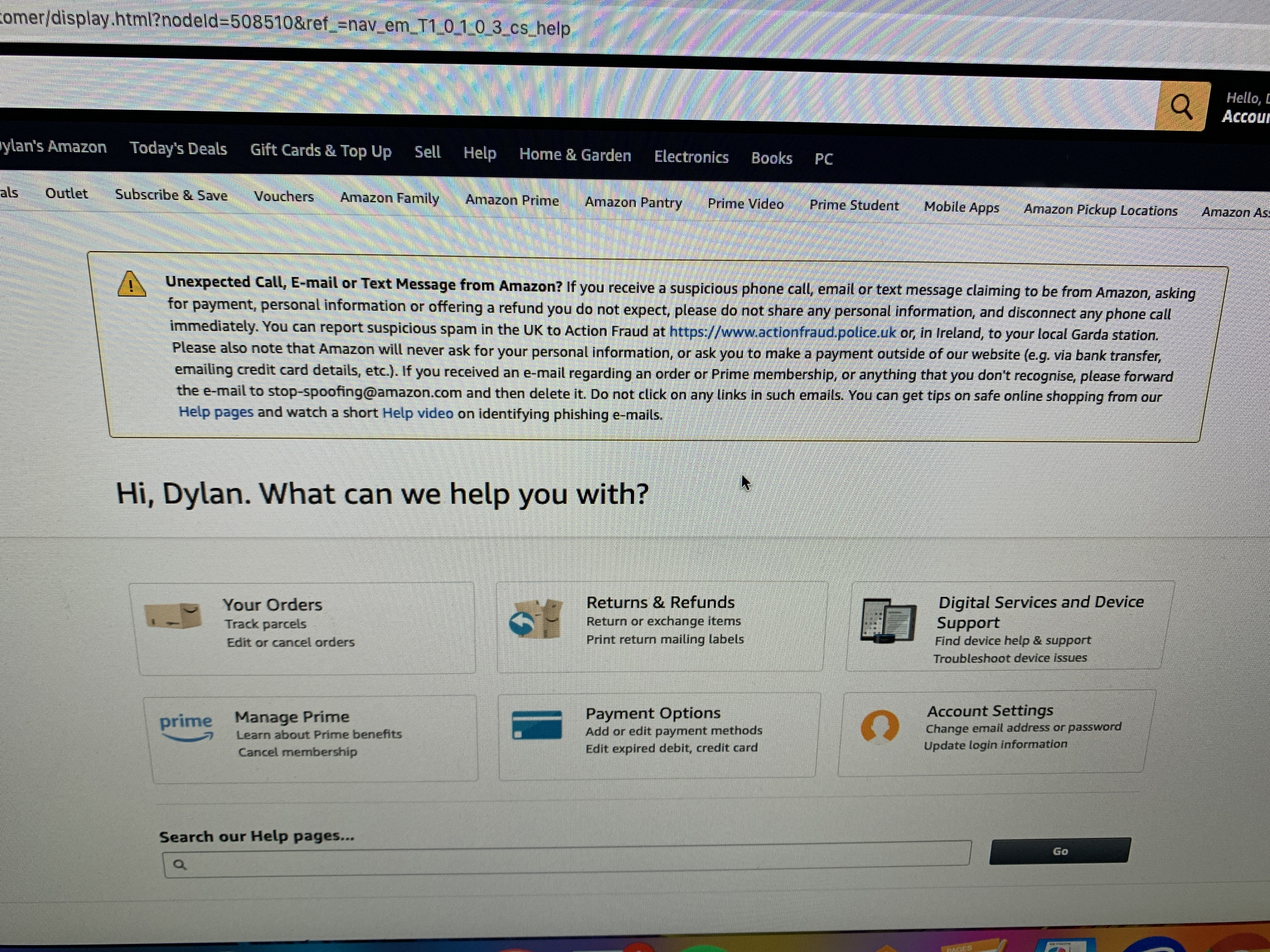 The OP stated that they asked if he ordered X and didn't ask for any personal details......pretty poor performance if he was a scammer
13th Feb
When did you give them your number? I have never given Amazon my number - not sure where you would enter it.
13th Feb

They have the number for two step verification and also text delivery updates so they most certainly have it.
13th Feb

I get e-mailed about deliveries, never texted.
13th Feb

I get e-mailed about deliveries, never texted.

I get an email and a text.