I recenlt bought another Yeelight strip for my Mum and it came with the larger PSU on the right. The writing on that says "ASSA79W-240100 24V 1A"

The problem is the PSU on the right blew the 1A fuses in three different shaver adapters before I realised this was happening! Those fuses are rated for 1A at 240V, so there's no way a 24V 1A PSU should be blowing them. I've bought an unfused shaver adapter (I think it has a 13A internal fuse) and the Yeelight PSU works OK with that but I'm a bit concerned that the PSU is dodgy if it's blowing 1A 240V fuses!

It's obviously somewhat more precarious hanging off a shaver adapter than the smaller one too, because the pins are that much further from the body of the adapter, so I don't know why they changed it.

Should I just dump it and buy another adapter with a UK plug? Is there anything reasonably cheap but safe that has the right connector for the Yeelight strip? 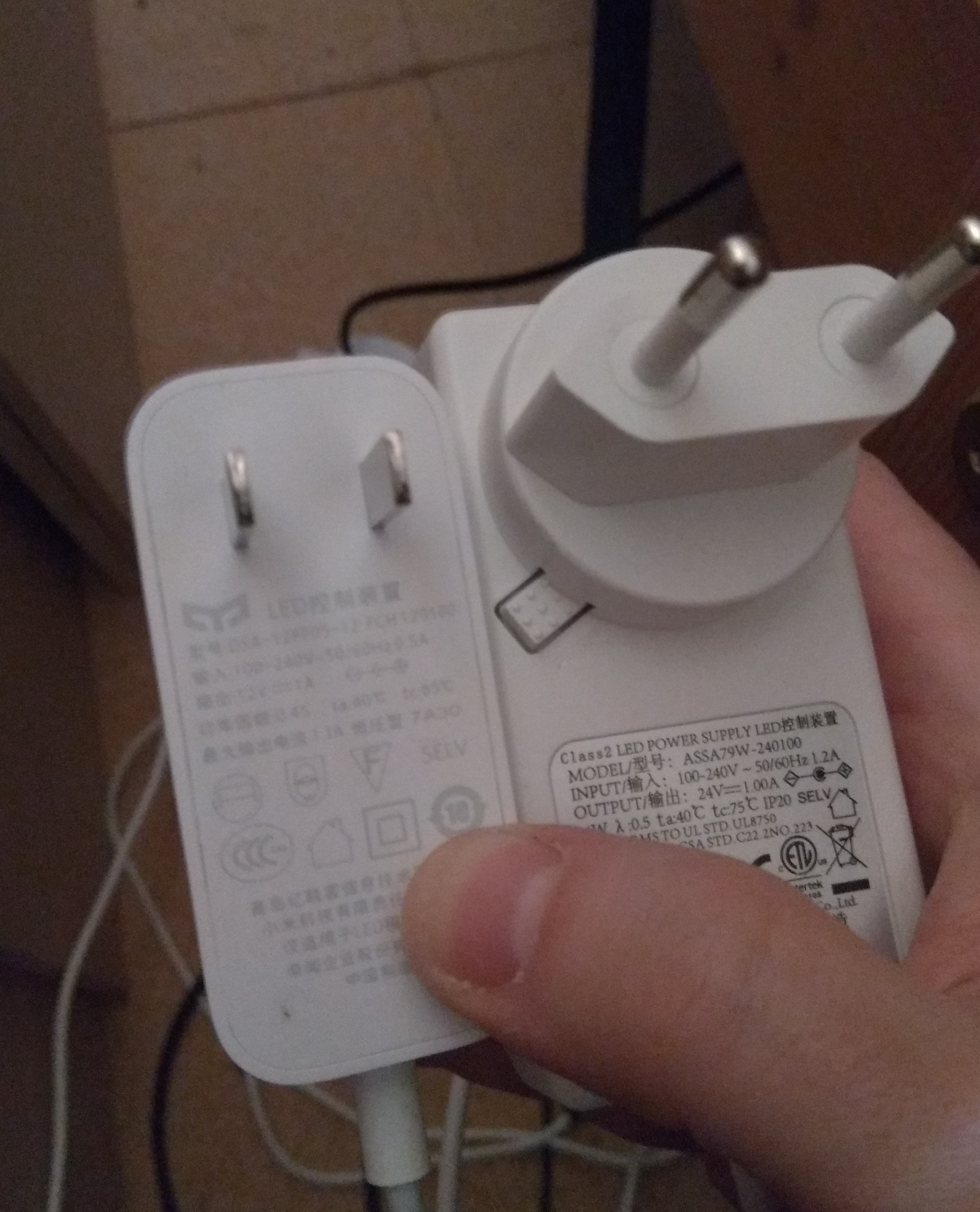 Put a 3amp fuse in the shaved adapter, all will be well.

You can't get them. They're mini fuses and they only seem to be available in 1A. Why would it be drawing more than 1A at 240V anyway?
4th Mar
The label on it says it draws 1.2A on the input. So it may not be faulty.
5th Mar

Because as Mas99 says. Input voltage is drawing 1.2amps.

Use one of these instead of a shaver adapter
Aieve UK Travel Converter, 2 Pin EU to UK Plug Adapter,Euro Converter Plug (3 Packs,Black) amazon.co.uk/dp/…Q4C
Edited by: "MadSkilzYo" 5th Mar
5th Mar

Ah damn, I didn't see that. Now I see the smaller one only draws 0.5A. I know you can buy extensions for these strips so I would have thought it would draw a lot less than the max rating without any extensions but you're probably right that it's not faulty so I'll stop worrying it's going to burn the house down!
5th Mar

Thanks. I hadn't seen those and they work out a lot cheaper than the unfused shaver adapter I bought for £4.30. I'm not sure they'd work for this PSU though as it would leave it projecting out from the adapter horizontally, parallel to the floor, and the weight might cause it to pop out of the adapter. I guess it might work if I use a power strip on the floor as then the PSU would be vertical above the adapter.