PS4 gifted to my 6 year old

22
Posted 24th Feb
Guys
My friend has bought my 6 year old boy a PS4 for his birthday but we’re not sure about keeping it or selling it and banking the money for the PS5 later this year! My wife thinks he’s a bit young for his own games console and doesn’t approve. We already have a PS3 and a Wii which I resurrected a couple of years ago which both kids play occasionally and happily but my boy gets very obsessive and angry when asked to stop playing (hour max). Just wanted to know what you guys think and or do with your kids? Thanks
PostTweetShare Share with WhatsApp Share with Messenger
Community Updates
Ask
New Comment Subscribe Save for later
Top comments
24th Feb
Selling something you have been given as a gift would be incredibly rude
24th Feb
So bank the money from your sons gift to buy yourself a PS5? You absolute savage
Edited by: "_Whatever_" 24th Feb
24th Feb
Realistically at his age he isn’t going to have many kids giving him abuse for not owning a PS5 at release... Owning a PS4 at the age of 6 is enough to be in the cool kids club
24th Feb

“Legend”
22 Comments
24th Feb
Selling something you have been given as a gift would be incredibly rude
24th Feb
So bank the money from your sons gift to buy yourself a PS5? You absolute savage
Edited by: "_Whatever_" 24th Feb
24th Feb

^^^^ this. And it is not even your gift. Image what your son would think in 10 years time about what you did
Edited by: "Willy_Wonka" 24th Feb
24th Feb
We found with my nephews that we give them time to know they are coming off. You need to come off in 10mins, then tell them at 5, then say it’s time to come off. It completely stopped all the agro when it came to coming off for whatever reason.

Also as it’s been gifted to your son I don’t think it’s right to sell it. How would you feel if you gave someone a gift and their parents got rid... put it away for him when you both agree he’s ready is fair enough but not selling it to get yourself a ps5.
Edited by: "choccie32" 24th Feb
24th Feb
Let him use it as a Blu-ray player if need be, at least until you’re happy for him to use as a games console. Definitely don’t sell it unless the person who gifted it is happy for you to do so (even then I’d still not sell it).
24th Feb
Guys I’ve checked with my mate prior and he said it’s fine to sell. I just did want him to have it and then suddenly everybody starts
banging on about the PS5 .....
24th Feb
Love the cheeky comments but I’m not a gamer and not fussed about any consoles really
24th Feb

keep it or get the newer ps5 when it comes out after all it is theirs.
Edited by: "myusernamehasgone234" 24th Feb
24th Feb
Realistically at his age he isn’t going to have many kids giving him abuse for not owning a PS5 at release... Owning a PS4 at the age of 6 is enough to be in the cool kids club
24th Feb 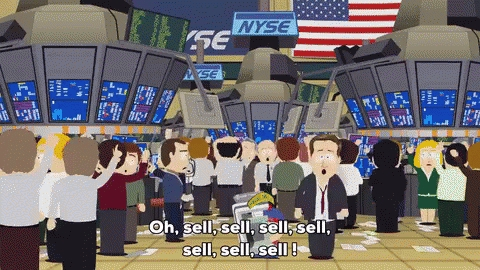 ...although, be prepared for the wrath of your friend
24th Feb

If you sell it you'll be lucky to get 150 and your friend probably paid 250 just a few days back, i wouldn't be happy if it was me.
Also the ps5 is probably going to be £400-500 so if you wont be willing to add £250-350 to it then forget the ps5.
As for your child moaning about turning it off, just be glad he's missed the last 2.5 year fortnite addiction that seams to be fazing out now, many children have had serious issues with that game, make sure you stick to limiting his time because it will take over his life and be his only thought processes day and night thats what ive seen with many children playing fortnite and when they're not on it they're trying to watch others play online
24th Feb
If you allow him to play games on phone it's the same game time as playing on console, makes no difference. I think it's good you restrict him, hour is quite short to be fair but yes I agree if you count down before he needs to stop playing it works. As for PS4 you won't get much even if it's bought for quite expensive so it's your call if you feel you could still do without it or not.
24th Feb
We have 2 boys (11 & 6), both have a PS4 pro and XBox one S and also share a switch. They usually play for a couple of hours after school and a bit longer on weekends / holidays. I'm nearly 50 and i played a lot on my ZX Spectrum at nights and weekends, didn't do me or my friends any harm. No i wouldn't buy a PS5 for my boys yet as the PS4 has plenty of games to keep them entertained, i will get one for myself though
25th Feb
This isn’t about age, it’s a gift if I was your friend I would be rather annoyed you sold a present for your child...if you are set on selling it ask your friend first...

also so will you bank the money or spend it?

if you bank the money, what you get for the PS4 will be at least a couple of hundred short for the ps5 are you prepared to take that hit stright away...
25th Feb

I picked one up at tesco a couple of weeks ago, band new (no games) for £145. Maybe he saw one of those and jumped on it?
25th Feb
The PS4 as it stands has a great catalogue of games with many of them being very cheap at this point. I think you should keep it as at best you will get £150 for it and a PS5 which isn't out for almost another year will be £400+.

Also the big difference with the PS5 is 4k/120 which wont matter for many people at this point.
25th Feb

Agree and how many have a true 120 tv panel, but I doubt it will do 4K @120 the 2080ti struggles to hit 60 on every game maxed out. I know consoles are more optimised and the settings will be lower..
25th Feb

Yeah some will manage it at Ultra but others will need more graphics optimisation to hit it. I always think Ultra is a bit of an odd setting as it has massive resource costs for very small visual increases.

Interestingly the RDNA 2 GPUs used in new consoles should be very close to 2080 Ti performance. The Xbox Series X has a 12 TFLOP GPU which is a good increase over the 5700 XTs 9.75 TFLOPS, and that combined with improved architecture of RDNA 2 should make for some very nice performance. And all that is before we take console optimisation into it.
25th Feb
Natural for kids that age to get upset when their gaming time is up. I follow these rules:

No more than 1 hour at a time, only at weekends (max 2 hours a week, enough TV and tablet time anyway IMO).
Only game between hours of 9-5. Any earlier or later leads to a bad day / bad night #gremlins.
The consoles are mine, which the kids 'borrow' - no arguments then.

All the best. Remember gaming should be fun and believe it or not an experience which should be shared with the whole family, not just on their own. When it stops being fun, time to give it a break.
Edited by: "hotfinder" 25th Feb