EDITOR 10
Posted 28th Jan
I'm not even going to jump into this discussion with a massive spiel about Rainway finally heading to Xbox One in beta, and how excited about it I am - because to be frank, I'd never heard of it until about 5 minutes ago when I spotted a discussion about it on Reddit and decided to have a little gander.

Still, uneducated honesty aside, Rainway, Inc. are saying that "Rainway brings all your PC games to your Xbox One. Grab your controller and start playing your game library in just a few seconds." - That all sounds pretty straight forward and self-explanatory, doesn't it?

Apparently (although confirmed above), Rainway is an application for Xbox One that allows the user to stream their PC games directly to their Xbox One console and play games wherever they want (obviously not buses or boats. I'm referring more to comforts such as your sofa or on a bed).

To find out a little more info regarding Rainway and to check it out yourself, head to the developers website which can be accessed here. The application you're going to be needing for your Xbox One console can be downloaded from the Microsoft Store. 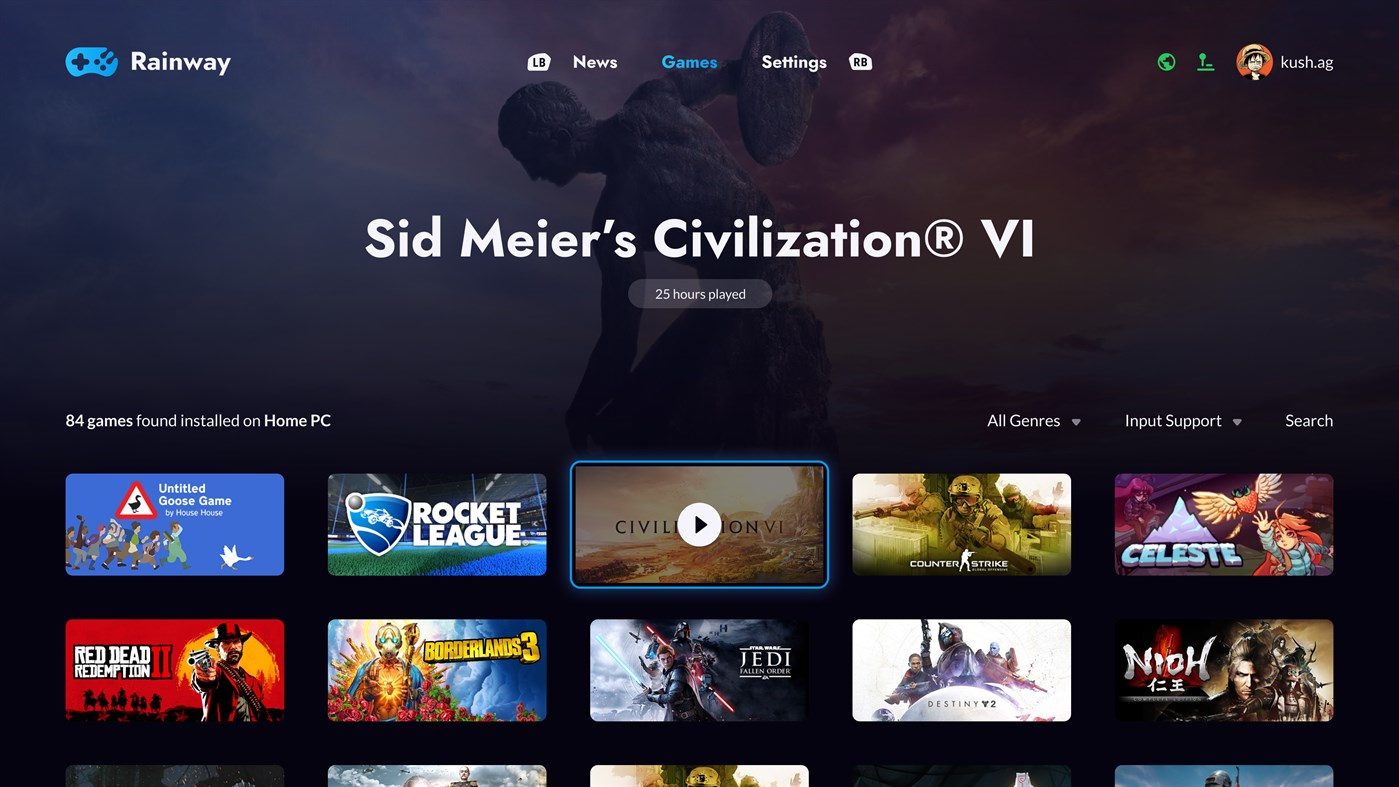 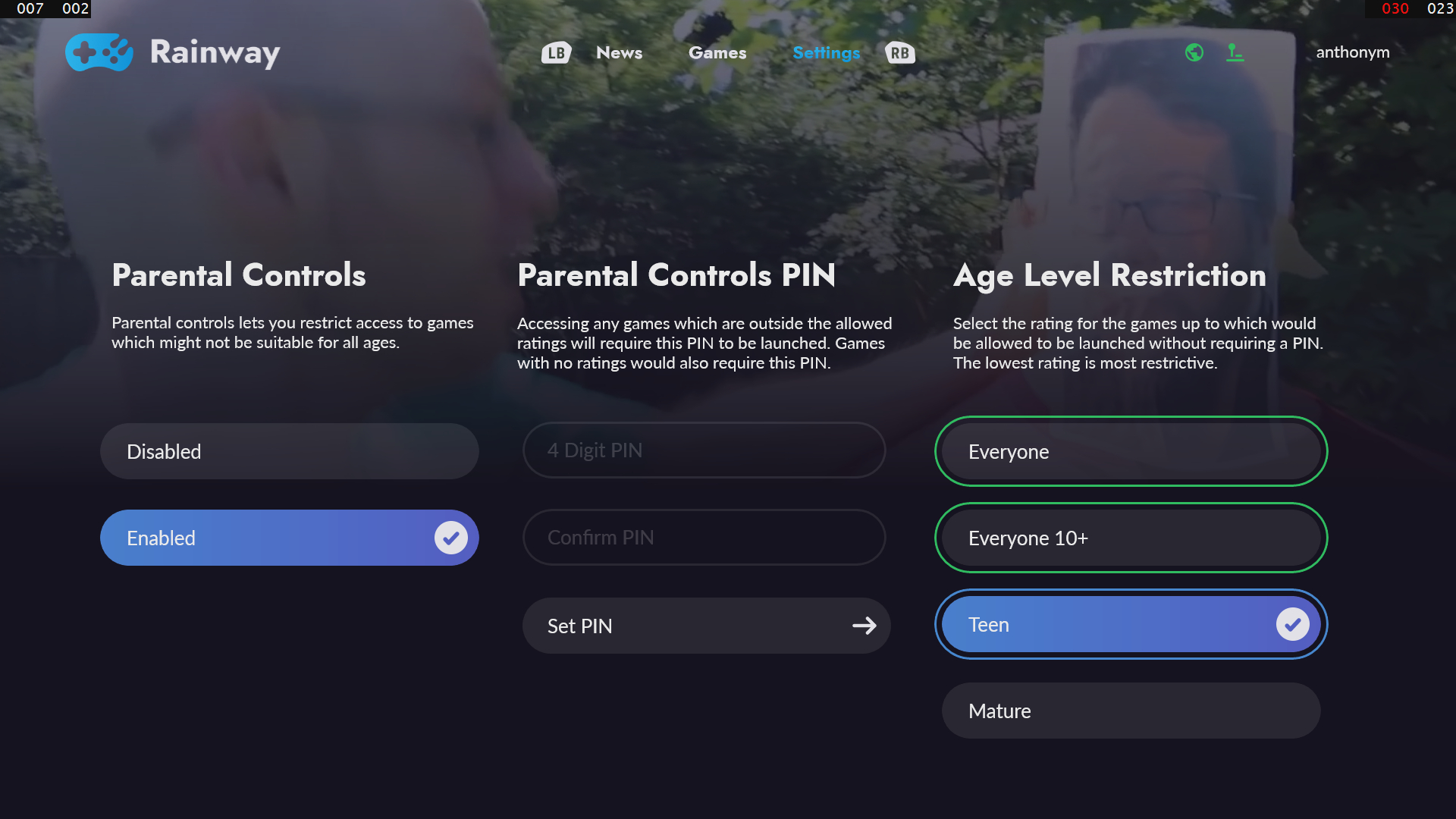 Seattle, Washington—January 28, 2020 — Rainway announced today after much anticipation that it has launched its open beta for Xbox One. It is now available free of charge for Xbox One, Xbox One S, and Xbox One X, and can be downloaded from the Microsoft Store.

With the release of the Rainway for Xbox Beta, users can now enjoy games such as Nioh, Journey, Beyond Two Souls, Shenmue 3, Detroit: Become Human, and other PC exclusive titles on their Xbox One.

“Rainway for Xbox gives players the freedom to enjoy the high-quality graphics of PC, but from the comfort of their couch on the big screen. Our games-first UI offers users their own personal ‘Netflix for games’ right in their living room.”

During the Rainway for Xbox Beta, users can expect features such as 4k streaming, local multiplayer/co-op, voice chat, and much more to make an appearance. Rainway for Xbox is also the first app offered by Rainway, Inc., to provide Parental Controls.

Note: the Rainway Dashboard requires Windows 10.
PostTweetShare Share with WhatsApp Share with Messenger
Community Updates
Misc
New Comment Subscribe Save for later
10 Comments
28th Jan
When I saw this I thought it meant streaming like X Cloud.. like straight to the Xbox One, rather than needing a PC 🙈
28th Jan
Must admit i thought the same
28th Jan
Good idea been able to do it the other way for ages, but only copies the shield where you can stream pc to for years..
28th Jan
This is a pretty neat idea! Anything similar for PS4?
28th Jan
So can you play games that are pc only games? Or do they have to be compatible with the Xbox one?
28th Jan
Bit silly this one tucked away in discussions as it’s a limited time beta not free forever. I just posted it in deals and it had more responses than this has had in over 4 hours.
Edited by: "ThePointyEnd" 28th Jan
29th Jan
So is this only available if you have your PC turned on? I no longer have my pc but I have a steam account with plenty games on it... is it useless for me?
29th Jan

It’s useless to you. You need the Rainway app running on your PC.
30th Jan
People seem to be getting a little confused as to what this is. Yes you need a PC that is powerful enough to run the games, the PC is still running the game. This just then takes the game that is running on the PC and streams it over your network to this app running on your Xbox. It's pretty much the same idea as steams steam link boxes, just on the xbox one instead of a separate box.
Edited by: "Spectral" 30th Jan
2nd Feb
Microsoft has now removed this from the store.