8
Posted 3rd Mar 2019
Just bought a new movie what comes with a UV code haven’t bought a new movie for a long time. I’ve followed the instructions and it’s asking me to redeem it on Google Play. I don’t want to redeem it on Google Play I don’t even have it for starters all my other UV codes I’ve redeemed have been on Flixster so I have 161 movies on the Flixster app so why do I now have to redeem it on Google Play that means I’ll have two accounts what are separate for redeeming and watching and I don’t want that. Or is that how it is now?
PostTweetShare Share with WhatsApp Share with Messenger
Community Updates
Ask
New Comment SubscribeSave for later
8 Comments
3rd Mar 2019
myuv.com/faq

To add to that, Flixster shut down in the US (which makes you ponder how long will it stay in UK) and no longer allows redemption of UV codes.

Google play movies can also be viewed and watched in Youtube.

Edited by: "cecilmcroberts" 3rd Mar 2019
3rd Mar 2019
Yea. It depends on the studio I think.
I had a digital code for Wonder Woman and it could only be redeemed on Flixster which I'd never used before.
If Google Play is the only option then that's that.
Perhaps these accounts can somehow be linked ?
3rd Mar 2019
Tho whole process seems pointless now I can’t find anyway to link Google Play and my UV account. Why would I want my movies scattered across two accounts is beyond me.
3rd Mar 2019

Google Play and Ultraviolet are different, wholly separate services - what you have is probably not an Ultraviolet code, which is why you can't redeem it to your Ultraviolet library.
Edited by: "Illusionary" 3rd Mar 2019
3rd Mar 2019

The cards look exactly like UV codes do. They don’t have make it complicated.
3rd Mar 2019

I wouldn't say that it's particularly complicated, to be honest. It should say somewhere what service you're able to redeem the codes to - I'd suggest reading the detail on the card and/or the back of the box.
3rd Mar 2019

It doesn’t say anything about what service on the box or the card. Oh well I’ve just had to redeem it on Google.
3rd Mar 2019 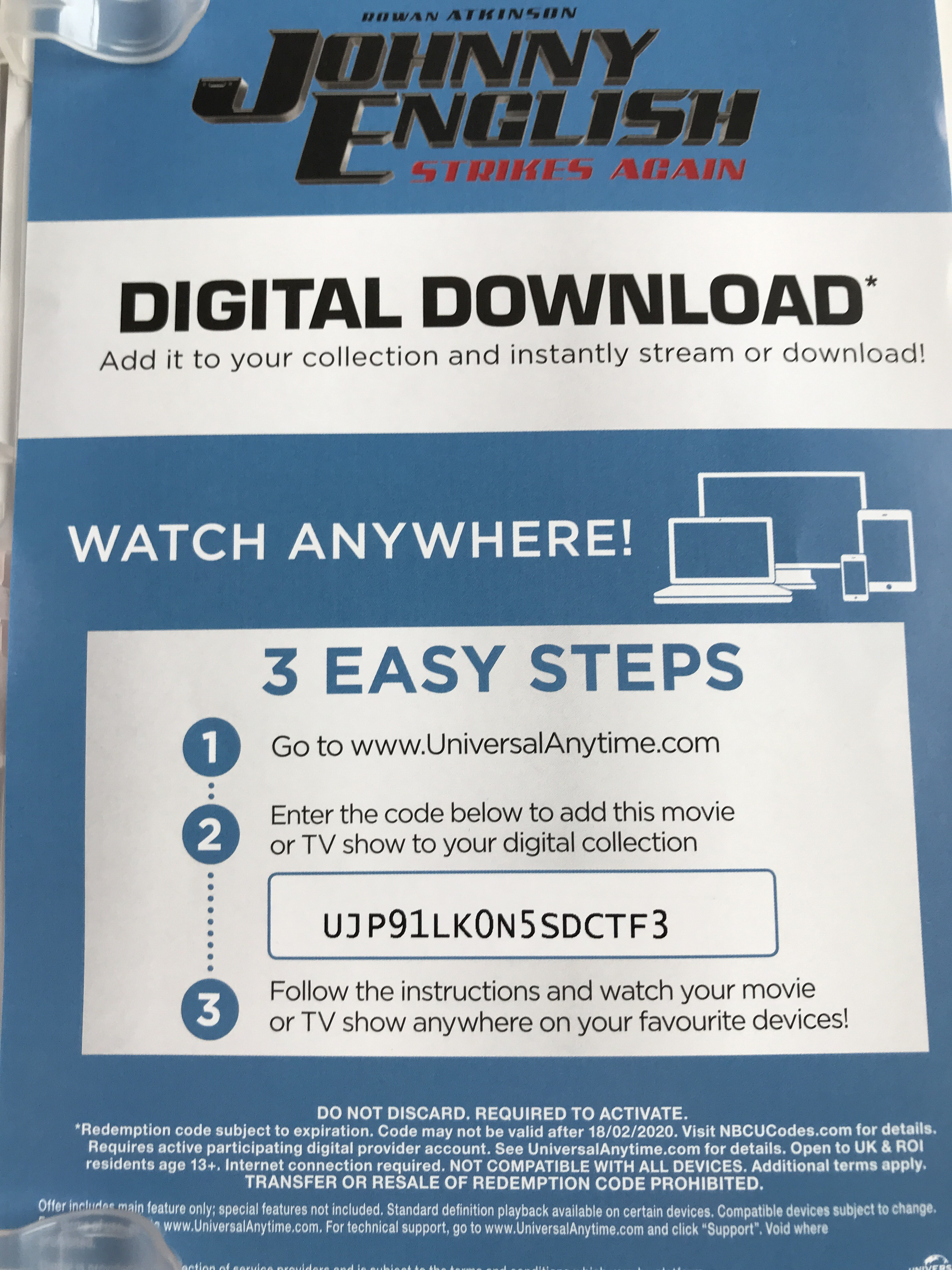 They look the same as UV codes. They should be more clear that they aren’t that.