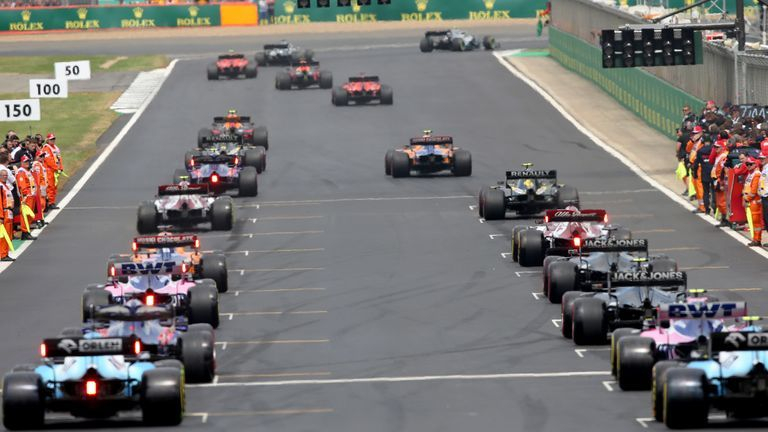 Terms between F1 and the home of the British GP agreed for grands prix on July 26 and August 2; F1 planning to start season with Austria double-header in July

F1 is also within close discussion with the UK government about its logistical and safety plans. The government has said this week that elite sporting events behind-closed-doors could take place from June.

The sport plans to start the season with a similar double header at the Red Bull Ring in Austria on July 5 and July 12.

It will be the first time in history that venues have staged two grands prix in the same season.

Formula 1 is putting in place extensive and rigorous measures to allow the behind-closed-doors events and racing to be resumed safely, with F1's motorsports chief Ross Brawn recently telling Sky Sports that it would in effect create a "bubble of isolation" around the sport and travelling personnel.

The season would then break for a week before heading to Silverstone for the first of two events.
PostTweetShare Share with WhatsApp Share with Messenger
Community Updates
Misc
New Comment SubscribeSave for later
3 Comments
15th May
Hopefully if this goes ahead, the great British weather can give us differing races.
Especially as it’s not possible to run the race in the opposite direction
15th May
This is great news for Silverstone and F1 fans. The thing that is in question is getting back to the uk from Austria as the government requires 2 weeks quarantine. Travelling from France is ok though.
15th May

Travelling from France is now included in the quarantine requirements and no longer excluded.