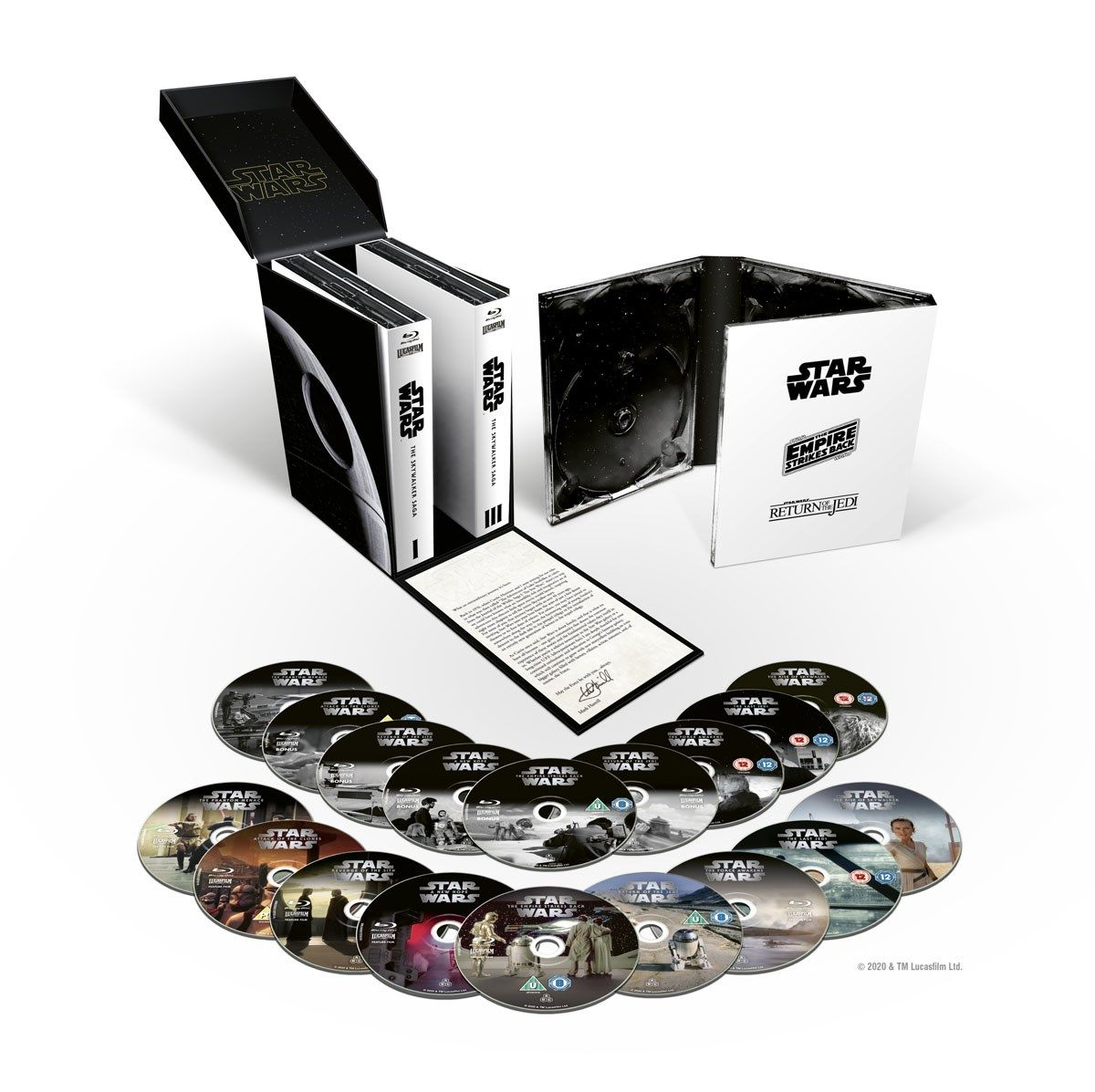 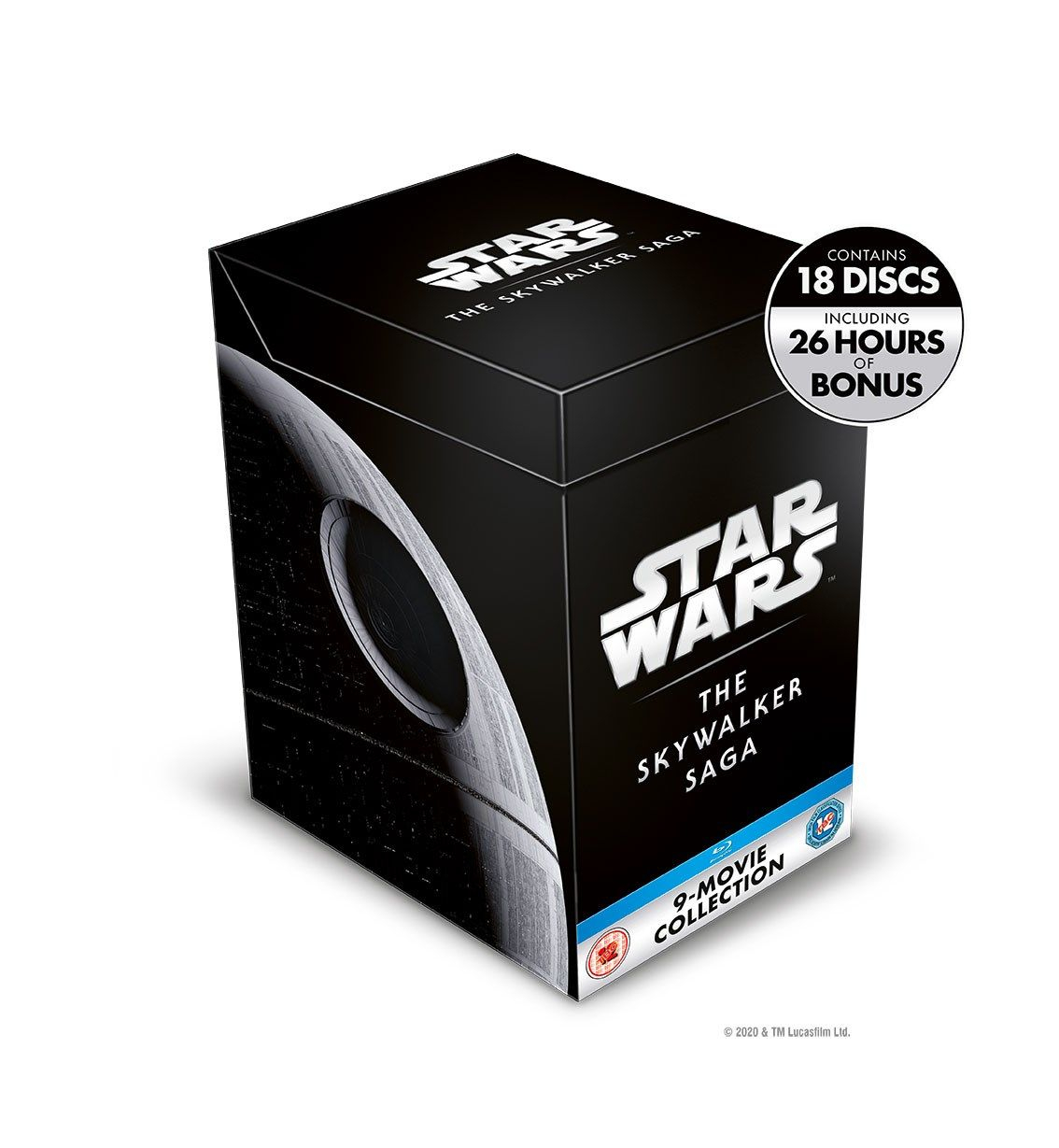 Episode II: Attack Of The Clones
This is the second installment of the prequels set in a time period prior to that of the original three star war films.

Episode III: Revenge Of The Sith
In this dark and final instalment of the prequel trilogy, the galaxy, two years into the Clone Wars, is divided between Count Dooku's Confederacy of Independent Systems and the Republic, which is led by Chancellor Palpatine. In the political unrest, Palpatine schemes to end the Jedi order, dissolve the Republic and declare himself Emperor of the Galactic Empire, using his clone army and Sith Warriors to do so. Lured by the power offered to him by Palpatine, Anakin draws closer to the Dark Side. To complicate matters, he and Padme are parents to twins - Luke and Leia. Fearful of Anakin's turn to the Dark Side, Obi-Wan confronts his former student and tries to dissuade him from joining ranks with the Sith. However, Obi-Wan and Anakin face each other in a duel - leaving Anakin wounded and presumed dead. Palpatine seizes the opportunity and takes the injured Jedi under his wing. Using technology to help heal Anakin, Palpatine creates a new and very powerful Sith warrior - Darth Vader. With Vader at his side, Palpatine lays waste to the Jedis and Dooku's army and succeeds in creating the new Empire. Now, Obi-Wan and the last remaining Jedis must rally to save the twins, who have been separated to be raised unaware of each other’s existence, and Princess Padme in hopes that someday the next generation will lead a revolution to unseat Darth Vader and the newly crowned Emperor Palpatine.

Episode IV: A New Hope
A farmboy, a princess and a swahbuckling renegade band together to lead a motley group of rebels and robots against the evil galactic empire in George Lucas's space fantasy.

Episode VI: Return Of The Jedi
Luke Skywalker is reunited with his comrades for a final battle with Darth Vader and the evil galactic empire in this third instalment in George Lucas' "Star wars" saga.

Episode VII: The Force Awakens
Visionary director J.J. Abrams brings to life the motion picture event of a generation. As Kylo Ren and the sinister First Order rise from the ashes of the Empire, Luke Skywalker is missing when the galaxy needs him most. It's up to Rey, a desert scavenger, and Finn, a defecting stormtrooper, to join forces with Han Solo and Chewbacca in a desperate search for the one hope of restoring peace to the galaxy.

Episode VIII: The Last Jedi
The Skywalker saga continues as the heroes of The Force Awakens join the galactic legends in an epic adventure that unlocks new mysteries of the Force.

Episode IX: The Rise Of Skywalker
Lucasfilm and director J.J. Abrams join forces once again to take viewers on an epic journey to a galaxy far, far away with Star Wars: The Rise of Skywalker, the riveting conclusion of the seminal Skywalker saga, where new legends will be born and the final battle for freedom is yet to come.

I have waited patiently for this boxset to arrive.thought I would get complete collection in one go.until they decide to release another trilogy
20th Feb

Exactly why its never a good idea to buy any "complete" collection from Lucasfilm!
20th Feb

Mine was complete years ago and still is complete - it contains Star Wars, The Empire Strikes Back, and Return of the Jedi...
20th Feb

After first buying Original Trilogy 1995 VHS , 2004 DVD’s, 2006 (dvd re-release unedited on a bonus but laserdisc quality ) then buying the Blurays & Then Amazon Digital release & being somewhat dissapointed with them all since VHS, I can’t bring myself to buy this anymore can anyone else?

- Prequels have been touched up only a little, I think inline with the 3D release (maybe it’s just TPM? Yodas is different for starters I have heard)

- Original Trilogy has been changed again for what the 4th/5th time? Now it’s the Maclunkey Edition. At least I have the best Fan edition downloaded that removes all the added CGI Junk from 1997 onwards, restored best as possible to HD

The only set I will be buying now is if they release an official de-specialised version, otherwise I’m going to keep downloading the fan edits for free, Disney are really missing out on extra money by not releasing these.
20th Feb
I have this on pre-order, can't wait. 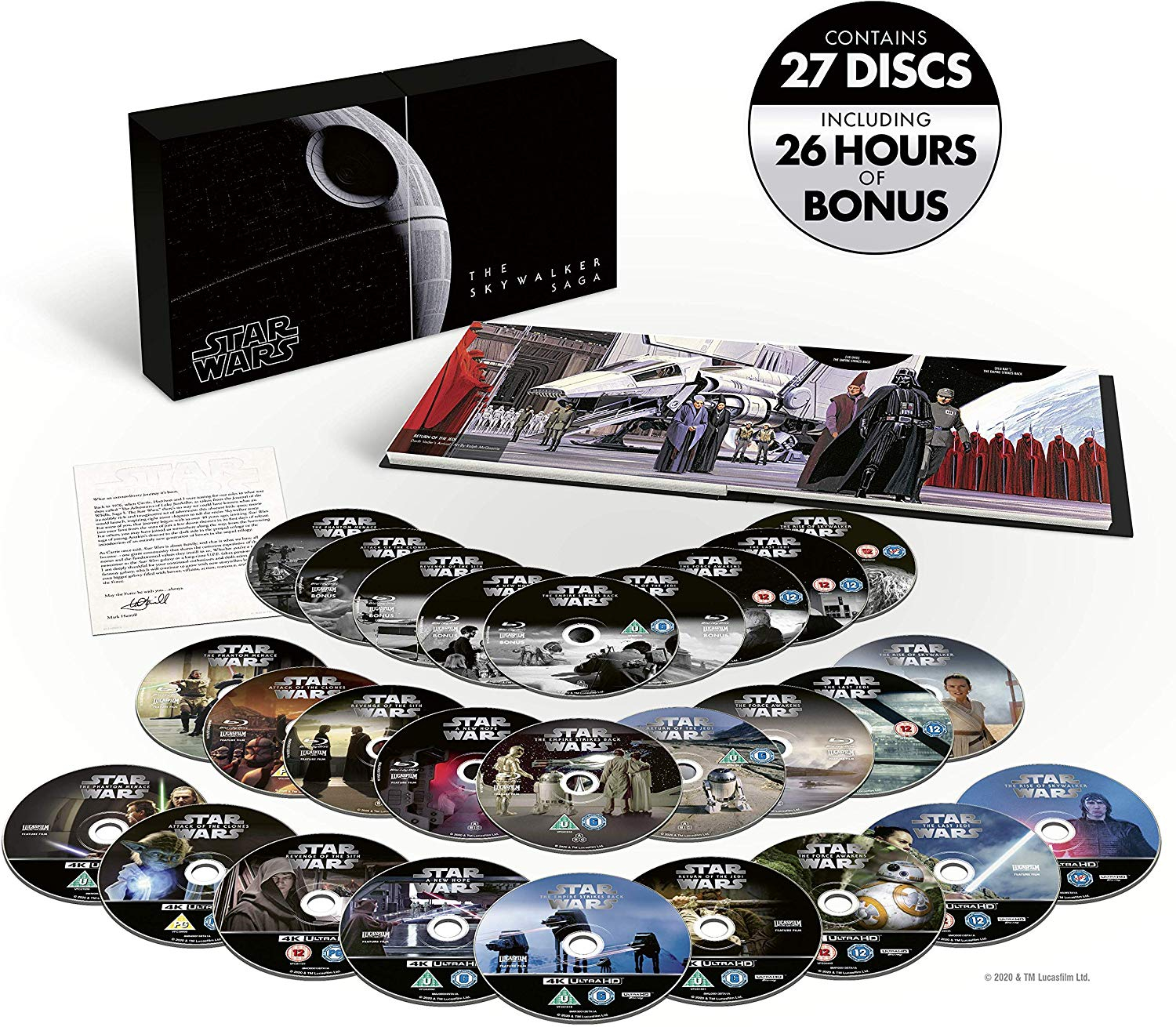 20th Feb
May the force be with you always
20th Feb

I have this on pre-order, can't wait.[Image]

A nice set unless your 4K player is sensitive to scratched discs (my old one was), because that packaging will scratch them. For some reason, 4K discs aren’t as strong as standard blu-ray discs.

I’m holding out for the single case releases I think.