Streets of Rage 4 launches today on Nintendo Switch, PS4, PC and Xbox One 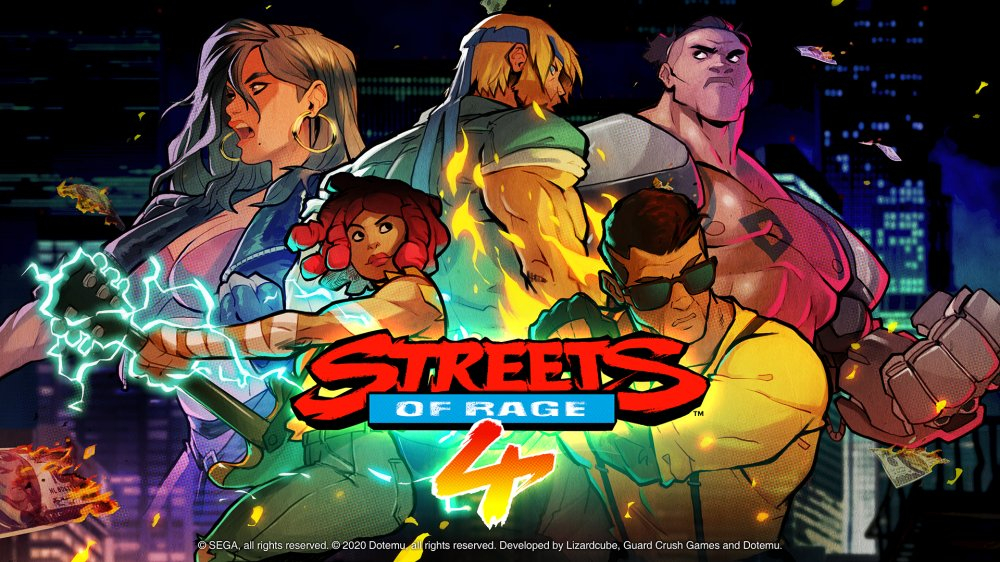 The 4th and highly anticipated instalment will finally release today on Nintendo Switch, PS4, PC and Xbox One and has been brought to us by Dotemu, Lizardcube (Wonder Boy: The Dragon's Trap) and Guard Crush Games.

The reviews for the game are coming in thick and fast and they're hitting some absolutely impressive numbers. Here's a selection of the one's I've seen so far.

It's obviously been a long time coming and many of us will be looking to pick up the game today, so with a massive thanks to @y0j1380 , @MUFCristiano and @jarjarmustdie , these are the best prices available at the time of writing.


Streets of Rage 4 is also available on Steam and Gog with a 10% launch discount. 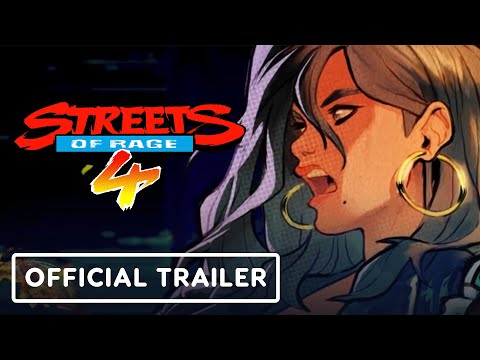 PostTweetShare Share with WhatsApp Share with Messenger
Community Updates
Misc
New Comment SubscribeSave for later
Top comments
30th Apr
My girlfriend 8pm "you can play it for an hour, then I'm having normal TV on. I don't see what the fuss is about"

One step at a time, imo. If they changed too much from 2/3 people would be upset. As it is, it's a great sequel on all fronts even if they play it a bit safe.

Honestly the fact they didn't mess up a sequel to one of the most beloved games of an entire generation is quite an achievement.
Edited by: "MoleUK" 30th Apr
63 Comments
30th Apr 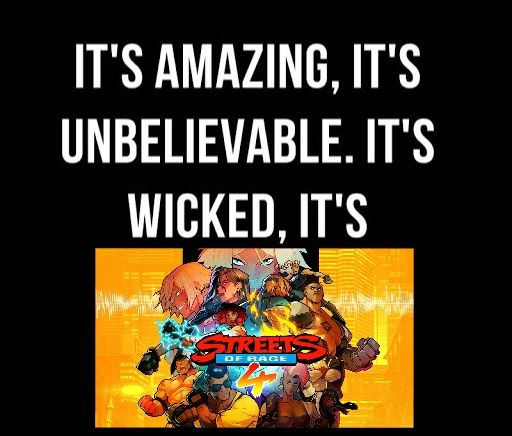 My review
30th Apr
Is it our now or tonight at midnight?
30th Apr

Is it our now or tonight at midnight?

It's launched on PlayStation 4 and Switch. The PC version from Gog.com is also available, Steam will most likely hit at 5/6pm.

I was gonna say it’s not in Xbox yet bloody typical! Can’t wait to play though what’s your Xbox gamer tag buzz?
30th Apr

Same as on here, but do be aware my kids use it more than I do if you add me - so no nudes, please ‌
30th Apr

Lol mine is TAGBOOMER will add you
30th Apr
Waiting patiently for it to appear on Gamepass. Cheers Buzz.
30th Apr

Waiting patiently for it to appear on Gamepass. Cheers Buzz.

Search it in the store, you can download it that way with Gamepass
30th Apr
Woohoo, corkscrew kick
30th Apr
Just download it Buzz you should of posted this as a deal it’s awesome 👏
30th Apr
Just done 10 stages on xbox, great soundtrack, great playability but we have just had 3 player offline and it's very very cramped and friendly fire is a bit of a pain as we're always hitting each other..

Oh and there's no block or dodge available which would have been amazing!

Other than that what a flashback to my youth, one of my top 10 games franchises of all. Time.

This was a great addition early on! But of retro Sor2 thrown in! 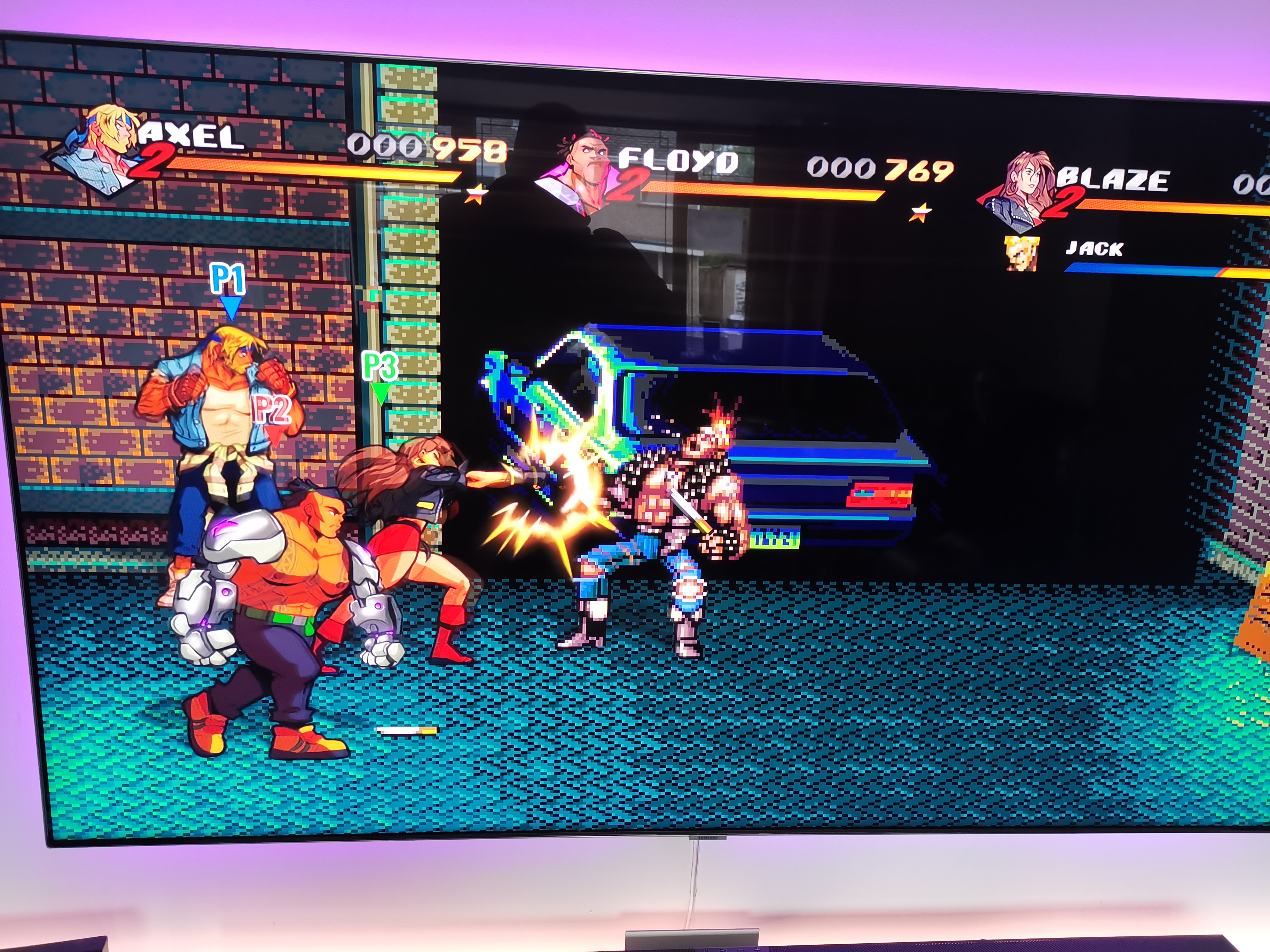 Only 12 stages which surprised me. But was still a fun flashback to being 13 again in 1993.
30th Apr
Needs more stages and dodge/block.
30th Apr

One step at a time, imo. If they changed too much from 2/3 people would be upset. As it is, it's a great sequel on all fronts even if they play it a bit safe.

Honestly the fact they didn't mess up a sequel to one of the most beloved games of an entire generation is quite an achievement.
Edited by: "MoleUK" 30th Apr
30th Apr

I was gonna say this. I was kind of hoping it would be deeper but then at the same time, it feels just like a direct sequel so I’m loving it!!
30th Apr

Assuming it sells well and gets greenlit for a sequel, they'll probably take more risks the next time.

They really did nail the atmosphere and gameplay. Love the addition of air-juggles and adding in star specials from the first game.

Hated the initial trailer given the way it looked, but the hand-drawn artstyle is beautiful now that they've tweaked the lighting etc. And this is legit a perfect game for the Switch.
Edited by: "MoleUK" 30th Apr
30th Apr

Completely agree, the original artwork actually completely put me off!
happy to have it on gamepass:) I hate that the switch doesn’t have a dpad.
30th Apr

If you don't have giant hands I can recommend the 8bitdo SN30 pro. Or if you prefer the Playstation controller the SN30 Pro+ is imo the best all-round controller for the switch. You can also get the mayflash adapter or the 8bitdo one to use 360 or PS4 controllers, as well as others.

For playing in handheld, there's the hori split pro pad as well. All good options with excellent d-pads.
Edited by: "MoleUK" 30th Apr
30th Apr
Is this an advertising site now? This isn’t a deal, and this isn’t a gaming forum, it’s a deal forum.
30th Apr

This is in discussions, a very much a trending topic across various forums, sites and with our members.

We push various trending topics to highlights and various members post them.

No rushing slows the gameplay down and slow characters like Axel really suffer. Playing with Floyd is near impossible I thought. They really made Axel a weakling to.
Some enemies are really really cheap and the fact that you can't knock them down whilst they're doing their move.
The new soundtrack aint all that. Better to play with retro soundtrack.
Lack of other innovation e.g. branching paths and different endings.
New storyline was a bit silly (although admit that's not the strong point anyways).
Overall a good game but streets of rage remake was much better I feel.
30th Apr

I’ll check out the hori split pro, no point in getting multiplats for me on switch if it’s not going to be portable!:)
edit: maybe not, that thing makes the switch the size of a car lol
Edited by: "rs_tigerblade" 30th Apr
30th Apr
Downloading now. How many how’s did I waste on sor1 and 2. Not so much 3 but played through them all multiple times
30th Apr

Kind of see your point, but Free on games pass.. I might have missed that it was on there.. at least for a while, so it's a deal for me.
30th Apr
Be aware, if you change region on the Switch, you will lose all gift card balance you might have. I just did this and lost £13 😔
30th Apr

its streets of rage though so its a big deal... its part of our culture its in a vocabulary. give this one a pass please.
30th Apr

This one is tripe. It appears to have gone all Japanese anime/manga style.

The original nailed it. 2 and 3 were animated a bit like street fighter 2. This just appears closer to 2 and 3 than the original.
30th Apr

This is a good alternative too :- 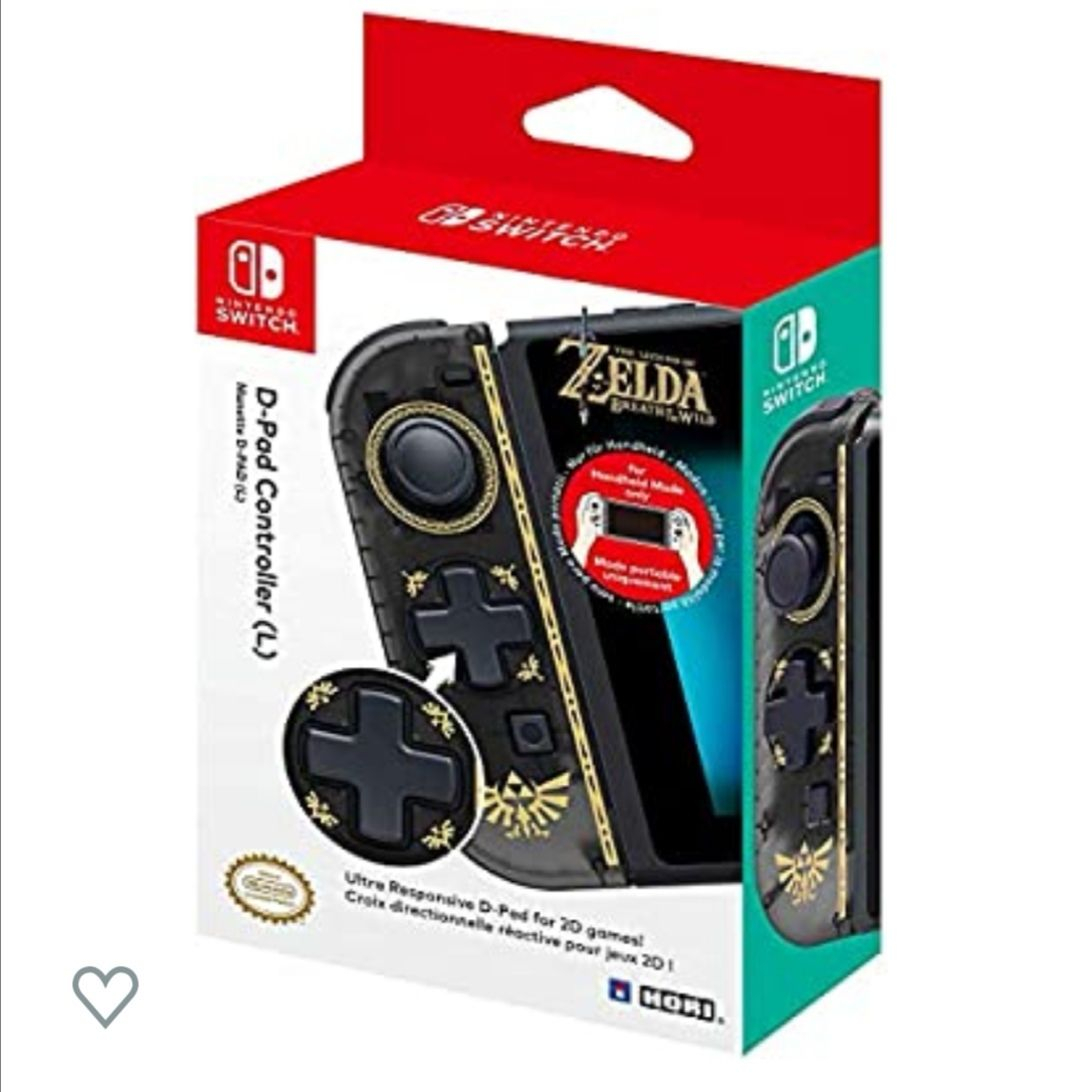 Drawbacks are it can only be used in portable mode can't be detached and use as a separate controller as it draws power from the switch, the minus and capture button are rubber, instead of plastic as the original and no rumble.

Plus point so far for me is that no drifting on the thumb stick and obviously the D-Pad.
30th Apr
Waited too long for this one to release, curious to check it out.
30th Apr
How much on PS4?
30th Apr

Soul of the party has arrived!

You're entitled to your view, but the consensus is: you're wrong.

I’ve got a sedate profile just for changing eShop regions.
30th Apr
Didn't expect this to appear on GamePass, fantastic. Great nostalgic memories. Just don't play if your missus is nagging your ear
30th Apr
Zan sure gained some weight...
30th Apr
Do you get any bonus content for buying now on Switch eshop? Or is this likely to be discounted in the Black Friday Switch eshop sales?