13
Posted 11th Oct 2020
Help 😔 I've had my refurbished Thinkpad P50 for around six months and it's been a good workhorse, till recently.

There's been a few occasions lately where it boots with a black screen (keyboard and LEDs light up as normal for a few seconds on boot), then 30 seconds later it gives one, short BIOS beep. Rebooting allows me to boot up as normal.

Now it's been "sticking", for no apparent reason over the last few days, requiring a reboot.

So, I then tried the UEFI Preboot Diagnostics Scan (F10) (quick scan) instead, and all was well: 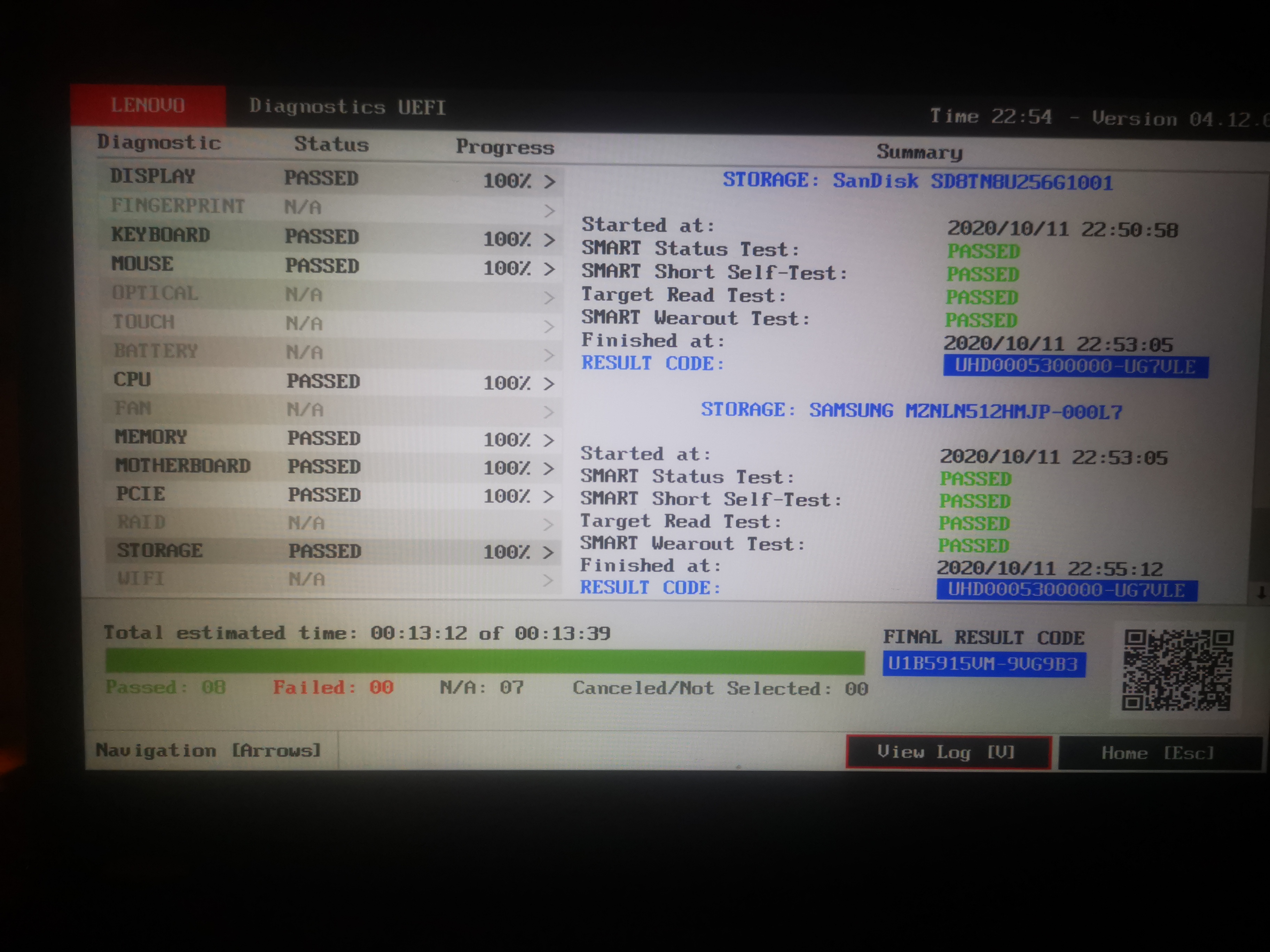 But after doing this scan, I now can't boot up at all! Same again - black screen, one short beep, nothing else happens.

All drivers/updates are up to date with Lenovo Vantage, same for Windows Update.