8
Posted 22nd Dec 2019
In the instruction manual it says that it opens up 180 degrees so that you can use both sides of the grill. There were no instructions saying how to open it up like this, so I've just opened it up (was a bit stiff to do) and now on the hinges on each side, two small pieces of plastic have snapped off. The grill is now totally open (180 degrees) but has two jagged areas on the hinges where the pieces snapped off. Has anybody else tried to open the press up 180 degrees (to the flat position) to grill on both sides, and if so, did pieces snap on their hinges as well, or, is there another way to open this without pieces snapping off? Thank you.
PostTweetShare Share with WhatsApp Share with Messenger
Community Updates
Ask
New Comment Subscribe Save for later
8 Comments
23rd Dec 2019
What model do you have and do the instructions definately say that it opens up to 180° and not that it 'heats up' to 180 °? 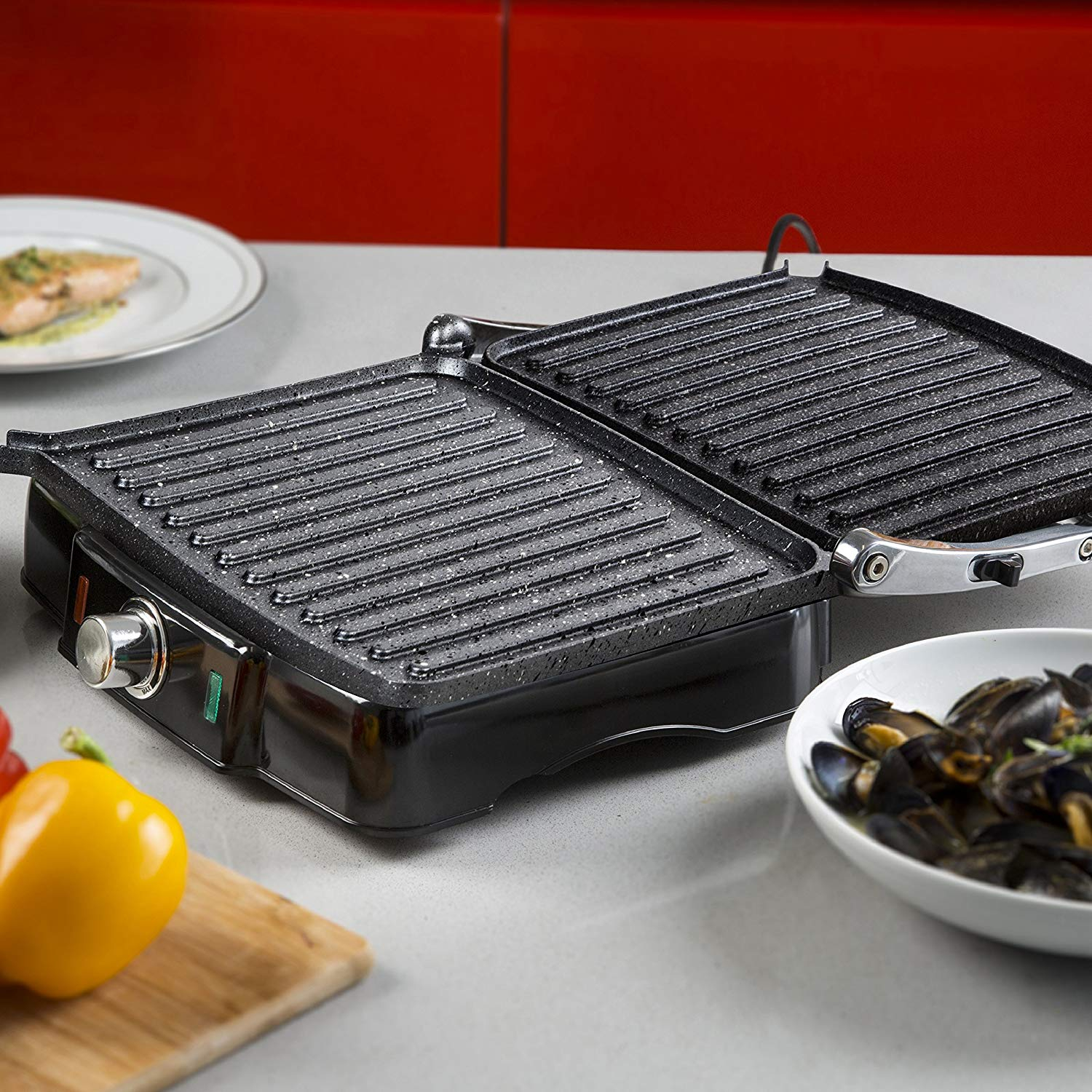 Could it be possible the instructions are generic or just plainly wrong for the model you have?
23rd Dec 2019

I've called customer services and they are now looking into it - the instruction book only mentions the model that I have bought. They've asked for photos as evidence and my receipt, so will wait for them to get back. I bought 3 others as Christmas presents for my children, but will tell them to ignore the bit in the book where it says 180 degrees, as my hinges snapped when I opened up mine fully. I actually think that it was printed in the book by mistake.
23rd Dec 2019

Sounds like it!! Let me know how you get on.
23rd Dec 2019
Ok, just hope they replace it seeing that it is broken - but I think that I might have to go back to Robert Dyas about that as that is where I bought it from, and not from the Tower website.
23rd Dec 2019
I've just had a reply back - 'Following on from earlier telephone conversation, our QA Department has confirmed this is a misprint within the user manual. The product is designed to open, to a maximum of 90 degrees - I understand you have purchased these as gifts, please advise the end-users regarding the opening of the Press.'

That's a result and the least you would have expected