Tried to watch the new twilight zone but I just didnt find it that good - compared to say black mirror. Anyway got me thinking about the original twilight zone and watched a few episodes of that which was pretty good.

As a teenager I vaguely remember watching something similar to the twilight zone or it could've been it, but it was in colour. One particular episode involved people being sucked into a TV and I think they end up bring part of the show or something...i know its a bit vague, but it was a long time ago.

Does anyone have any idea what TV series this was. Everything I've seen from the old twilight zone is black and white. This TV series was definitely in colour. Probably on TV in the 80's?

The old twilight zone is 11 seasons and around 20 episodes a season. I don't fancy flicking through every single episode.
PostTweetShare Share with WhatsApp Share with Messenger
Community Updates
Ask
New Comment SubscribeSave for later
Top comments
30th Mar
Tales from the crypt?

My first guess was going to be eerie Indiana too...I loved the one where people slept in tuppaware boxes to extend their lives... Class
23 Comments
30th Mar
Eerie, Indiana?
30th Mar
Tales from the crypt?

Didn't realise there was a 80s twilight zone!! Will look into it...

Definitely not Quantum leap or eerie Indiana. The show was late night.

Thanks again for the responses. I'll look into a few of them
31st Mar
There was the film and then a 80s series. Series was OK, used to be on YouTube.
31st Mar
Think it was tales of the unexpected
31st Mar
Could it of been an episode of the outer limits?
31st Mar
Getting sucked into the TV? - that happened in an episode of Warehouse 13
31st Mar
This does sound like the plot of movie Stay Tuned (1992)

The eight series of UK TV show Tales of the Unexpected primarily reflected 'real life' scenarios, and didn't involve science fiction/fantasy/supernatural, apart from in about 2 or 3 episodes, so I don't think it was from that.
31st Mar
People above beat me to it but I was going to say The Outer Limits, I used to watch that every week as a kid and absolutely loved it, got a funny feeling if I watched it again though it would be a let down
31st Mar
Not the Outer Limits, i've watched all these fairly recently and this story doesn't ring a bell.

Definitely sounds like Stay Tuned, but there was a Twilight Zone episode where a radio show becomes real around them

And, another episode where the guy finds his life has been on tv for 5 years.
Edited by: "Jace_Phoenix" 31st Mar
31st Mar
Could have been the movie Pleasantville? That starts with the 2 leads being drawn into the TV...
31st Mar
"Special Service" Randy Bradshaw J. Michael Straczynski April 8, 1989
A man (David Naughton) finds that his life has been on TV for the past five years.
Twilight zone ?
Edited by: "AL1S0N" 31st Mar
31st Mar

This is the exact reason I don't revisit my childhood shows, great at the time but I reckon by today's standards they'd be terrible!
31st Mar

I hear you on that Bob! I'm so tempted to give a few old episodes a try but feel I'll be wasting my time.
I was a massive Xfiles fan and feel they're really dated as well, I noticed they were on Amazon Prime so watched about 15 episodes, I didn't realise there was so bloody many!
31st Mar

Love that movie. Haven’t seen it for a while.

Cheech and Chong films. Loved them as a kid, had me in stitches. But tried to watch one a few years back and it just seemed stupid!
31st Mar
Tales From The Darkside?
31st Mar

Sounds like a segment in the Twilight Zone film from 83.

I thought straight away of "Twilight Zone - The Movie."

It has the story of the boy who can make anything happen that he wants and Kathleen Quinlan's character visits the family as his Teacher (I think). There's a bit in that segment where his "sister" gets zapped into the TV and chased/killed by toon characters isn't there? I think so. 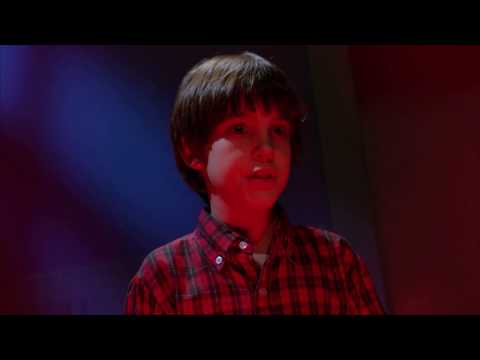 I want to watch it now!