41
Posted 27th JanEdited by:"zworld"27th Jan
I have a situation fellas. I rent a property ( yes, I have my own property elsewhere too ! ) and there's a green area next to the property. The left side is for my parking and the right side is for next door's parking. Two cars can easily park ( total of four ) in this space.
Now, someone has started parking in my spot every now and then. I have knocked on nearby neighbour's doors and they don't recognize this car.
Yesterday, I parked further in and the car had the audacity to park right behind me and run off. Luckily, no one was parked on the right and I managed to wiggle out.

I called the old bill and they asked me to put a note on the car telling them not to park there ( which I have done ) . I should then leave further notes and if the car still parks there, they will get involved. I called the council who sent Traffic enforcement officers round and they said that they can't do anything as the car's not on the road. I called the DVLA who said they won't get involved and won't even call the owner to tell them to move the fkn car. I could apply for details of the owner and that could take upto 4 weeks
I called the coppers again today and they asked me to check with the landlord if the parking space is mentioned on the land deeds and then get in touch.

Meanwhile, as I had to park on the road, I have got a fine.

I have also paid on the ASKMID website and found the insurer. I called them up and told them that their customer is parking on my property and surely that would invalidate the insurance. They didn't want to discuss anything!

What on earth should I do ?


Here's what I am talking about 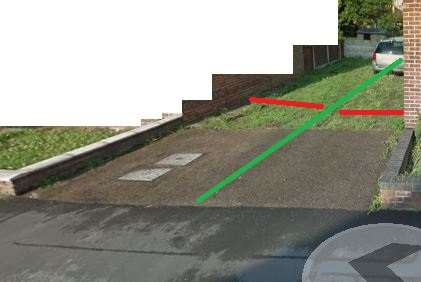 27th Jan
Buy a cheap banger and park it in there first, then the next time the wallop parks there order a 1 ton bag of gravel and have it dropped off behind the offending vehicle this way they will be stuck in.
27th Jan
Put a couple of cones, concrete blocks, flower pots or a wheelie bin across the entrance
27th Jan
Contact a private parking enforcement firm, tell neighbours to register or get fined/clamped
27th Jan
It's an entirely civil matter so you're wasting your time attempting to get help from any government body. Good luck though.
27th Jan
Or get a fake sign, might do the trick
27th Jan
£13 will solve this issue


rover.ebay.com/rov…072
27th Jan
Get the biggest sticker with tough adhesive that you can get & slap it on the front windscreen. Don't forget to get some friends & record it away from view, upload to YBF & make a bit if money at their expense. Don't engage with bumhole if they start knocking on your door.
27th Jan

The Op needs to fit it when the offending car is there.
27th Jan
What about towing the car away ? I presume the **** will have to pay the hire fee when he gets his car released ?
27th Jan
Isn’t that a drive way ?
You can buy fake car tickets from eBay or maybe just clamp it and dont answer door for 2 days
27th Jan
It's clearly a shared driveway until landowners decide to mark boundaries with fencing. The bumhole is either so stupid or just been a brick hoping that no one will notice.
27th Jan
Build a wall
27th Jan
Haha, that didn't last long.
27th Jan
Two solutions if they've already ignored notes.:

Next time you write a note, block them in too. They'll get the message quickly that time. If they cause any damage to property when getting their car out, it's criminal damage. Still best not to do it with your car mind and you may want to record with CCTV.

Get permission from the landlord to put up parking enforcement signs (if it's actually specifically rented out to you in a legally provable way, you can skip this). There are companies which will provide you kits free of change, handle the fines themselves and give you commission when he gets fined (you can take pictures with your phone). Not sure if I can link to them hear but they're easily searchable.
Edited by: "abigsmurf" 27th Jan
27th Jan
Speak to the landlord, get him to agree to stumping up cost of a locking drop down bar as per other hukd members suggestion & fitting it together, ..try & do it when the car is parked there, & if driver decides to damage it you can have him for damage to property, in civil court pursuing also costs incurred (including fine).
Any neighbours got a decent drill to borrow in order to set the drop down post up with? it is least hassle with max impact, do you think they live nearby? does it get parked overnight? as this sort of info (based on times parked) will give yu time to plan & execute a lockdown & you can charge him to get out
FYI you can apply for registration details of a vehicle via DVLA for about £6 ..may find the offenders address.
27th Jan
Not much annoys me but inconsiderate parking really gets my back up.
I’d try block them in with something and they’d have to come knock on your door for you to let them out. They wouldn’t do it again after that.
27th Jan

It doesn't, we had that and everyone ignored them, in the end we got a company to come in with their signs and they collect the fines they dish out.
They make a fortune and we get rid of the tight-a$$ neighbours who think it's ok to park on our private property. (Large area not just a small parking sport like the O.P).

O.P, why don't you park on the concrete part so that no-one can park behind you?
27th Jan

I don't stay at the property all the time, so it makes it difficult to block in the ahole.
27th Jan
Put peanut butter on the windscreen - it doesn't cause any damage but is a right pain for them to clean off
27th Jan
There really are some inconsiderate people around, I only parked up to make a call (yes, could have done it while driving from bluetooth/navi thing at the front of car, but I was picking someone up from hospital and needed to know if they were ready) and got slapped with at £60 fine from one of these Private Parking companies.

The fact that he had the cheek to block you in makes it 10 times worse, some people just don't care I'm afraid.
27th Jan
Next time he's there park on the right and lift the manhole covers on the left. He should get through without going down a hole, but it will give him (I'm assuming it's a him) a few sweaty moments. If that doesn't work, put a sign on it advertising it for sale for scrap.
27th Jan
It shouldnt invalidate any insurance. Usually on insurance form it will say street outside or near home.
you dont have to park literally outside your front door.
27th Jan

Wait for him her to park up then block them in

You would then be in trouble for blocking his access to the highway.

That would get you a charge for criminal damage.

The best way is the ebay collapsible bollard or to install gates.
It`s trespass and you have to deal with it legally or you will end up in trouble with the law.

it won’t damage the car so I’d assume is legal, but it would be hugely inconvenient and might give you time to go up to them.

or put a bollard in your space.
27th Jan

It will damage the paintwork so would open you up to charges of criminal damage.
27th Jan

Donald, is that you?
28th Jan
🐕 under the lift up car door handles ..damned pesky local kids

Use a sharp stick, for spearing , disposable gloves, & a set sponge for cleaning any spots in the wrong place, dispose of the kit in a bin down the road.
Don't use your own dogs nor a neighbours dog, park randomness in these times of DNA profiling 🕵
Edited by: "Mr_Gus" 28th Jan
28th Jan

You can remove stickers you know. It won't damage the glass. Just a pita to remove. Criminal damage? Doubt it.
28th Jan
Shame you have no tree nearby with nesting pigeons so you feed them. 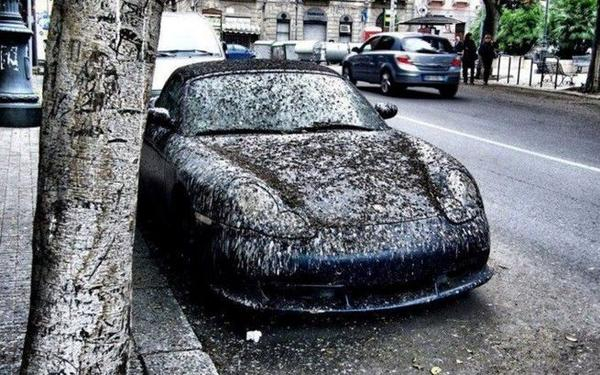 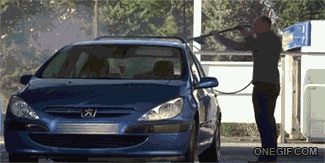 It's still criminal damage,ask a solicitor who knows.

And this would be criminal damage as well.
29th Jan
Thanks for all your advice. I am weighing the options.
It seems the driver threw away my note and has parked back in my space, according to a neighbour.
29th Jan
The post seems the best, and if you forget to put it up and they park, then put it up, criminal damage.if they touch.
Also check if the vehicle had an MOT and insurance, also check for legal limit on tyres, these wasters never seem to check
29th Jan

If you put the post up when they are parked in the space the police will come along and tell you to take the post down.
Restricting access to the highway is against the law.
29th Jan

If that's true, the offending vehicle owner will have to contact the police, wait for them to come out, then face.you with a police officer by their side and explain why they've parked on private property without permission.
They inconvenience me, I inconvenience them!
29th Jan

The police officer will agree they shouldn't be parked there and will tell them they shouldn't do it.
Then when they do it again the police will point out that it's a civil matter and nothing to do with them(see on of the first posts).
Whereas blocking access to the highway and criminal damage are police matters which they will enforce.

It's not morally right but it's the Law.
29th Jan

Tow truck it is then