I have had a few TV’s over the years and most have met a demise at the hands of the kids and flying plastic Disney’s cars… I also like to invest best part of a grand into a TV I always feel you get what you pay for..

After the loss of the love of my life a 2011 High End 52” Samsung Plasma, my home insurance would no longer cover me for accidental damage on the TV’s unless I paid a large premium, so I took the cheaper route by buying a cheaper TV and agreed to pay a £4 a month insurance to cover accidental damage along with repair or replacement, a policy that advertised its self as a like for like replacements with Argos offered by D&G, for 2 long years i have sat watching a low quality HD picture with the washed out colours and greyish blacks.. (it wasnt so bad, but when you come from quality Plasma to low end LED)

After 2 years of ownership and a marked improvement in my sons behavioural needs, I felt the time was right to invest in 4K and upgrade the screen size.. I purchased a 55KS7000 and the previous TV (still insured at £4.00 a month) was relegated to the bedroom, while my home insurance premiums have come right down on the accidental damage.

The TV I bought a couple of years back was a Samsung 43” Smart TV specifically with bluetooth to allow wireless connection to a sound bar and to control volume through the TV.

I rang D&G and was given a reference and my local repair tel number..

after quick call the engineer didnt bother even coming as he priced a replacement panel at £500 for the part plus his costs and advised D&G wouldn't foot the bill they would offer me a settlement.

Today I get an email with an offer of settlement of £241.00 in Argos vouchers, they have based this settlement on a TV which they link which is a very basic LG with no smart features or bluetooth that I required, safe to say i have complained and not accepted this offer..

Now I understand depreciation but the policy was supposed to be like for like, and after a phone call they advised they would look into revising the offer on the info I provided but basically advised me not to hold my breath..

So I should of known better, seems as well that my insurance policy is actually worded as a service agreement and as such I have no right to complain to the FOS either.

So let this be a warning to everyone looking to take out one of these policies with Argos, you will not be covered for the value of the TV, nor will any settlement cover the replacement of what you have..

So, phone call from Chloe, who I must say is a very nice person to speak with.

Chloe confirmed the original offer was an error and as such she has spoke to Samsung to match up a current TV's specs for me, and as such has made an offer of settlement that is 100% along the value of the original TV.. the bonus here is that I have been offered a Cash Settlement instead of vouchers and I can now purchase from a different retailer

I will say that I am very impressed with the support and customer service I received from Chloe, and she herself is a credit to D&G, Its prob fair to state that all the people I ever spoke to at D&G were also friendly and helpful, my issue was of course the settlement amount, and how I felt aggrieved by that which of course has now been resolved.

So starting this thread obviously went a long way to resolving my issues, but I say fair play that a company is listening to its customers grievances and is doing something about resolving them.. 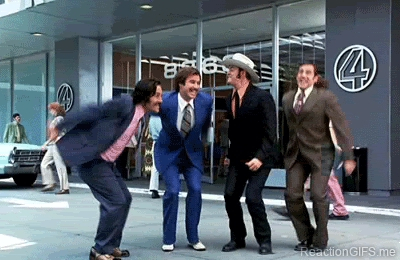