What is this on/off switch?

59
Posted 8th May
There is an on/off switch in the hall that is not screwed to the wall. It was glued to the wall but it has become loose. However it doesn't seem to be used anywhere as turning it on and off has no effect at all in the house so I think it must be an old switch that is now redundant.

I am going to get it removed but I would like to understand what it is if possible. Anyone with electrical knowledge can explain what this switch may be and why there is only one cable going into it?
PostTweetShare Share with WhatsApp Share with Messenger
Community Updates
Ask
New Comment Subscribe Save for later
Top comments
8th May
How are we supposed to know what it could be for without being in your house?

And yes, there would only be one cable going in to it, like every other switch in your house, All a switch does is break a circuit to turn something on or off, so it wouldn't need anything additional wired up to it.
8th May

OP has an electrician but still decides to ask HUKD members a question that no-one can give a definitive answer to.

How many electrical problems can you have in one house?
8th May 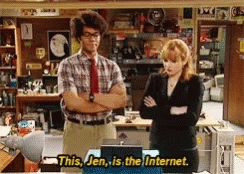 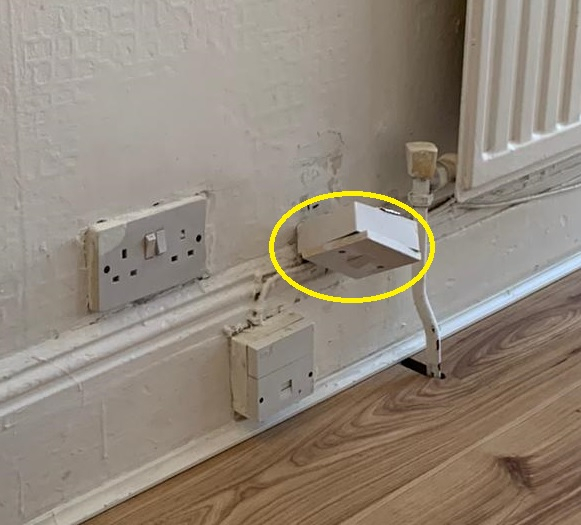 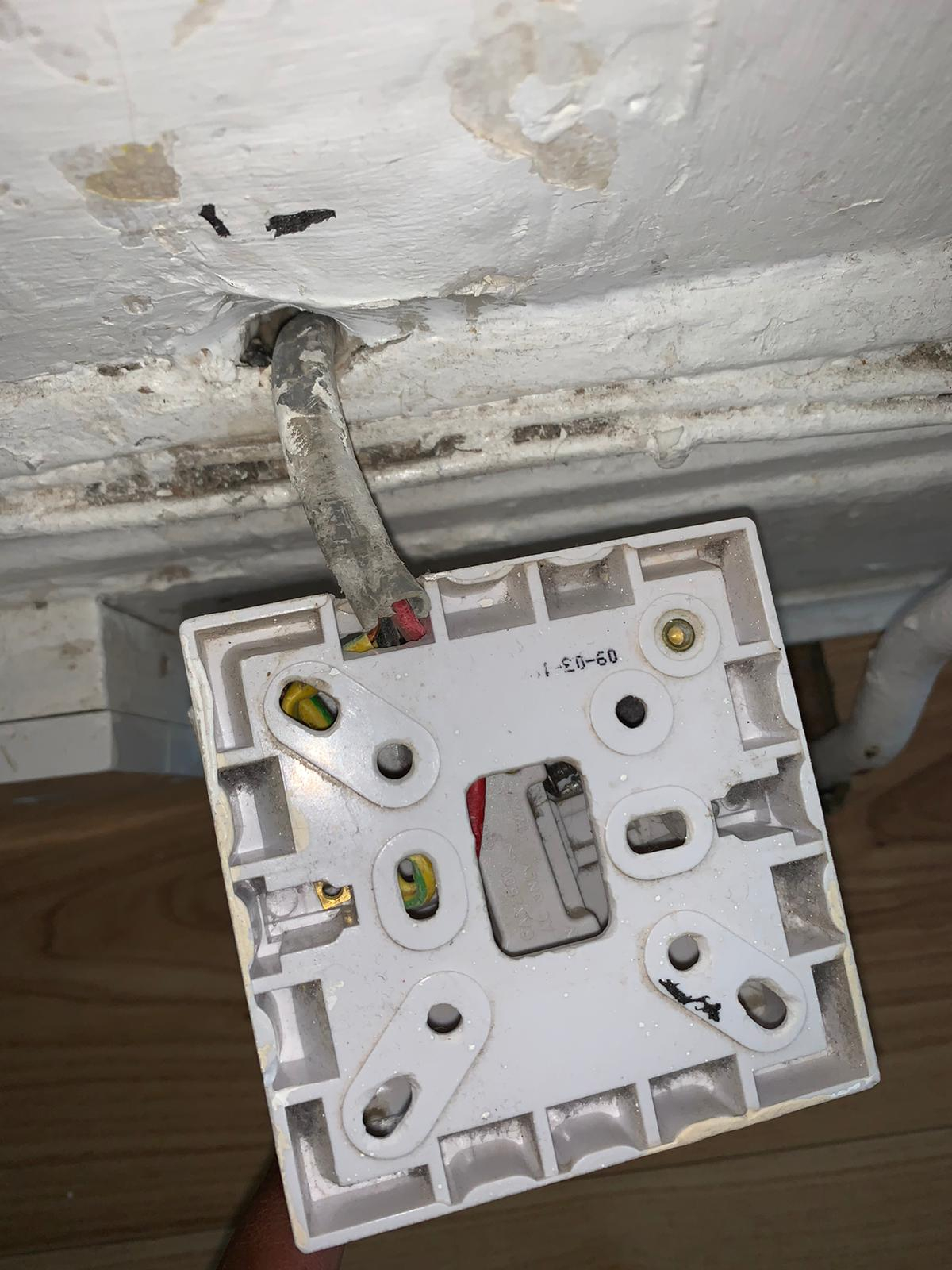 Edited by: "mutley1" 8th May
8th May
How are we supposed to know what it could be for without being in your house?

And yes, there would only be one cable going in to it, like every other switch in your house, All a switch does is break a circuit to turn something on or off, so it wouldn't need anything additional wired up to it.
8th May
Maybe worth testing with a multimeter if you have one to see what current if any is running through it.
Edited by: "Maverick77" 8th May
8th May

Yeah, I wouldn't turn it off if I was you!
8th May

i see. i thought a switch would only be able to break a circuit between two cables, like a juntion box with an on / off, so i was expecting a cable to come in and one to go out so that the switch acts like a bridge between them.
8th May

If you look closely on your 2nd image, you'll see red and black wires inside the cable, essentially it's just breaking the connection between those two. The white outer cable is just to protect them and make it look a bit nicer really.
8th May

yes, i did see the black and red so the black is neutral and the red is live. so these two wires being connected to one another form a circuit?
8th May

Pretty much. Could have been a lot of things, security system, old electric radiator, outside light, etc. Personally if it isn't doing anything I'd just pull it off and isolate the wires and leave it at that.
8th May

didn't know that! thanks for the lesson

i am getting some work done there next week so i will get the electrician to remove it. i was just puzzled why it only had one cable going into it as i was expecting one to go in and one to out
8th May
It’s to turn something on/off.
8th May
Could be for a light in the ceiling/ loft.
8th May

Could be for a light in the ceiling/ loft.

it's in the hallway downstairs. that radiator may have been an electric heater before we bought the house as it is next to the radiator in the hall. that's my best guess

if it is for a light, i would expect it to be higher up on the wall as it is situated on the floor.
8th May

OP has an electrician but still decides to ask HUKD members a question that no-one can give a definitive answer to.

How many electrical problems can you have in one house?
8th May

It was stuck to the wall on painted wallpaper in a surface mounted pattress box, ergo, it is a bodge, so don't expect anything sensible. Probably makes sense to a bodger to wire a light switch at floor level so he doesn't have to run a cable or unsightly surface conduit up the wall.
8th May

I was going to ask this question as my loft light switch is down that low down on the wall but it’s upstairs.
8th May

electricians don't answer questions for free! he is coming round to do some work next week so if i ask him to look at this, he will charge me for it. he aint gonna do it for free. so if i can work out that it is needed then i won't ask him to do anything and save the money! i can screw the socket back on to the wall myself.
8th May

If you are not qualified you shouldn't be doing any electrical work.
Are you qualified?
8th May

screwing a box into a wall doesn't need part P qualification! i am sure a lot of DIY people do this by themselves at home when a socket becomes loose and they are not a qualified electrician.
8th May

Couple of issues: until OP / electrician / some other random throws a test meter at the subject wiring, OP doesn't know if the wiring is live or dead.
Additionally, until OP / electrician / some other random performs various other switch combination(s) in (assumed) localised area or at unknown source, OP doesn't know if some other device / switch will make the subject wiring live if it is currently dead, or dead if it is currently live.
Considering I chose to use the word dead twice, it may be prudent to pay a professional to provide a professional opinion / solution to avoid the dead possibility.
8th May

i wonder why someone would glue a box on to the wall instead of screwing it in as it doesn't exactly take that much effort to screw the box in. i expect there was a problem with the plaster wall that the screws could not take hold or that there may be electrical cables running along the wall as the double socket is to next to it and so they didn't want to drill and accidentally hit a live cable maybe.
8th May
It is for nothing. The wiring for whatever it was for has been removed either that or the power has been removed.
8th May

the socket has been switched off for two days now and it hasn't affected anything so removing it won't be missed. unless there are something in the house that is not used at all to notice that it is no longer working.

i am thinking of getting the electrician when he comes round next week to remove it completely as it is not needed by the look of it rather than waste time screwing the box back into the wall.
8th May

That is because it doesn't control anything. Firstly you need to test if it is live (which my other half says it probably is) which is why it wasn't removed when someone disconnected whatever it supplied power to.
8th May

it wouldn't make sense to run the cable from the loft all the way down to the downstairs hallway i guess. there is no loft light in the property so it can't be that.
8th May

yeah. i have a socket like that in a property that is left live but it doesn't do anything as it used to be connected to the hot water tank but the tank got removed when i put a combination boiler in.
8th May

What is directly on the other side of the wall?
8th May

In general yes red and black are live and neutral, but it is also very common to run a length of standard cable to a switch and have one wire carrying the live in and the other the switched live back to whatever is being switched. Look up lighting circuits for examples.

If putting a switch in to isolate something - so a cable in and then a cble out to the device, I would fit a proper isolator that cuts off live and neutral rather than just live.
8th May

It would appear to be a light switch, so you would typically expect to find just a single cable with the light switch wired to connect the red to the black, one wire in the cable will be permanent live and the other (usually the black) would be switched live and there ought to be a junction box of some kind on the other end of the switch cable.
Edited by: "melted" 8th May
8th May

What is directly on the other side of the wall?

the consumer unit. when we bought the house it had a prepay electric meter, which we got changed to a standard credit meter. i vaguely remember the british gas guy putting the socket in but then i am thinking british gas wouldn't glue a box to the wall! the meter has now been changed to a smart meter, which is working fine.

you wouldn't need an isolation switch for an electric meter though!
8th May

Laziness, I would imagine, or maybe the only drill they had was mains powered and they'd turned the power off so they couldn't drill the holes.
Edited by: "melted" 8th May
8th May

Not for a doorbell transformer is it? Or a dodgy electric meter bypass?
8th May

I meant what is on the other side of the wall at floor level? If there is a socket down there then that is where the switch is getting its power from. You can open the back of the socket & disconnect the wiring to the switch & then pull the switch & it wiring out & just fill the hole.

Whatever you do doesn't really matter because it is just cosmetic. The switch doesn't do anything at all.
8th May

it is easy enough to isolate even if it is live and put it back into the wall. i was just puzzled about the connecting cable being a single cable, which now has been explained to me is pretty standard.

it is the wall next between my house and next door so it wouldn't have anything on the other side of that wall that belongs to me.
8th May

Not for a doorbell transformer is it? Or a dodgy electric meter bypass?

there is a door bell at the property but it doesn't work anymore. guess this is the most probable use for this as it is between the front door and stairs.
8th May

Ok. Just test to see if it is live before you do anything.
8th May
The electrical knowledge and idea of safety being demonstrated on this thread is unbelievable. The last thing the NHS needs at the moment is electrical and/or burns injuries from people (the mods won't like idiots) tampering with potentially live electrical supplies. How do you isolate a supply when you don't know where it comes from or what it's connected to?
8th May

Hence my question about being qualified.

Obviously has no idea and should leave it to someone that does have an idea even if it costs money.
8th May
It looks like a old storage heater switch.