floquer 34
Posted 28th Aug 2021
(reposting as previous post was added to discussion which it isn't; that is a legit deal)

For anyone wanting the dirt cheap Xbox Game Pass Ultimate, follow the method explained on this page. It worked great for me, see screenshots below..

I then applied to the Xbox Game Pass Ultimate £1 trial which effectively upgraded the Gold to Ultimate.

All was done via my browser. The most difficult was actually to pay the £1 as did not work with Chrome so used Edge instead.

Hope that helped someone :-) 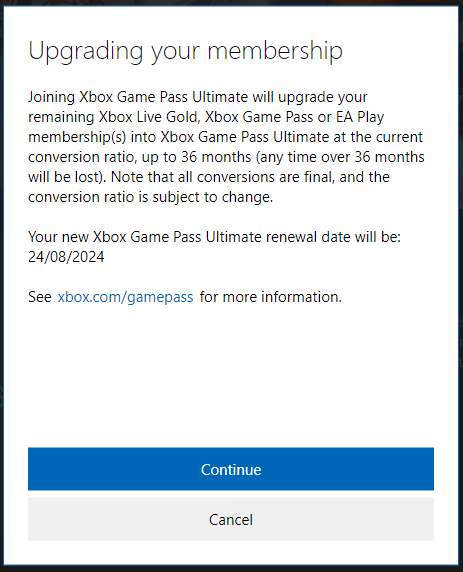