All Beats by Dre Discounts, Offers and Sale - May 2022 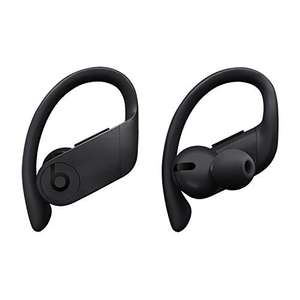 345°
Posted 11th MayPosted 11th May
Powerbeats Pro True Wireless Earphones £80.66 Very Good / £85 Like New @ Amazon Warehouse£80.66 Free P&P FreeAmazon Deals
Using lots of technology from the Apple AirPods Pro including the H1 chip these are brilliant for running or exercise. This is the black pair and at time of posting Amazon have 15 pairs 'Lik…

Actually both pairs are working very well now, all it took was deleting the official app. There isn't much to it anyway.

How was android testing?

You can filter by condition… 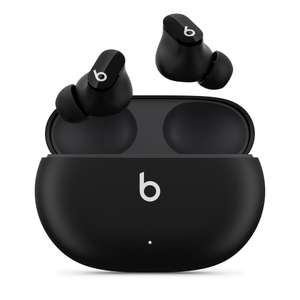 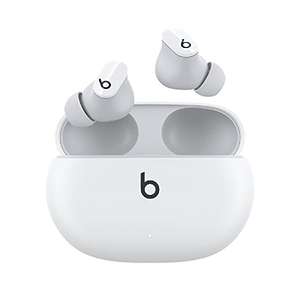 Sent them back. Awful fit for smaller ears (i'm no dobby)

Ah ok, fair point. It’s not something I’ve had the pleasure of using and will unlikely use any time in the near future. Anyhow, my next buds WILL be either the 3rd Gen AirPods or the Pro’s

They support Dolby Atmos when listening to music, yes. But so do any earphones. But they don't support the Spatial Audio features whereby you have surround sound that changes position based on the position and movement of your head. That means you don't get that effect (you still get a Dolby Atmos-mixed track but no positioning effect) with music or films and TV. That feature requires the H1 chip but also the gyroscopes and accelerometers in the Airpods 3, Airpods Pro, Airpods Max and Beats Fit Pro.

You do. At least according to this anyway: About Spatial Audio with Dolby Atmos in Apple Music – Apple Support (UK)

You don't get Spatial Audio either. 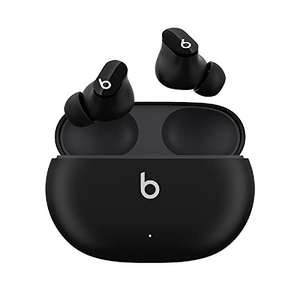 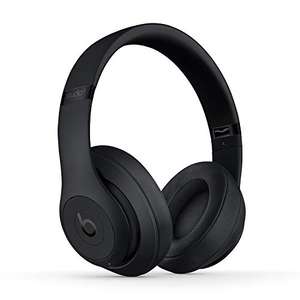 You should get it then

I think the point is if you go somewhere, all you need is A to C and C to C. That's all I'd need. That and it still feels good even today knowing it plugs in either side.. That won't get old.

Pretty sure there are more micro cables floating around than usbc. Thats like arguing it should have wireless charging because reasons. 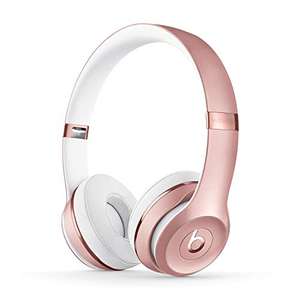 Decided to get a pair before they went back up in price. Unboxed mine today - went for the Red. I was unsure whether to go for these or the Beats Studio ones but picked the Solos as they're a bit smaller (and cheaper). Often see the same criticism aimed at Beats - they're "overpriced" and "sound like £30 headphones". Overpriced?... At full price most definitely, but they feel worth it to me at this price. Beats is maybe a fashion brand but they do look good on (not just for the 25-and-under demographic) and personally I really like how they sound - nice, rich audio and the bass isn't too overbearing. I can compare first hand to the Soundcore Q10 and Sony WH-XB910N which both offer loads of bass and also the much more neutral Shure Aonic 50 and the Beats don't disappoint from an audio perspective, plus they look better on (the others I've noted are over-ear and much larger headphones).

Soundcore Q10 all the way my friends!!!!

Beats by Dre is a young company that's become a major force, producing some of the most fashionable headphones, earphones and speakers now available. Added to that is a sound quality with a bass-heavy feel that some users prefer over all others. Using the name of the rapper Dr Dre, one of the company's founders, and a range of colour choices, Beats by Dre has rapidly grown from small beginnings into a worldwide company, now owned by Apple. 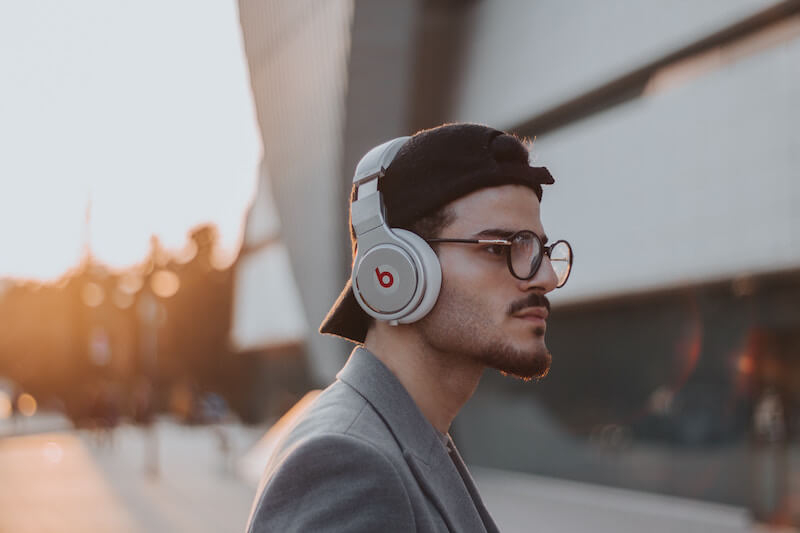 The popularity of Beats by Dre and the wide range of bright colours available has led some to dismiss the company's products as merely a celebrity-endorsed brand name with little to recommend it on the audio front. This doesn't do justice to the audio research work the company has put in – firstly with the widely-respected Monster Cable company and now with Apple – to produce a genuinely competitive range of products. From a bit-part player, Beats by Dr Dre is now well-established in the premium headphone market as a major competitor to everyone from Bose to Pioneer and, in the studio world, AKG.

Nothing in Dr Dre's background suggested his name would become best known as a headphone brand. He was a major figure in taking rap and hip hop from the streets to the charts, both as an artist and co-founder and owner of Death Row Records. The move to headphones came in partnership with record label boss Jimmy Iovine. The pair approached California-based Monster Cable, premium players in the speaker cable market, to source manufacture of their first headphones. The result was that Beats by Dre was born with the first Studio headphones produced in 2008.

Heavy promotion rapidly resulted in Beats by Dre becoming a fashion pick among headphones as the digital revolution took hold. Inside the Beats company headquarters all wasn't going so smoothly as the partnership with Monster Cable faltered. There wasn't a shortage of suitors and a controlling interest in Beats by Dre was eventually bought by the Taiwanese phone company HTC.

The relationship with HTC was, like the Monster Cable partnership, not without its problems. A different future beckoned as sales continued to climb. Apple had long been looking for a company that would add extra fashion lustre to its own small range of earphone offerings. In 2014, Apple bought the entire company.

Beats by Dre: An Expanding Range of Products

Beats by Dre might have started out with just one product, but today the company has grown into a formidable force in the burgeoning market for mobile audio accessories, driven by the music streaming revolution. Here we'll focus on the brand's three primary product areas:

Some top-of-the-range Beats by Dre headphones feature a noise-cancelling facility, which the company calls Adaptive Noise Cancelling. This works by using a microphone to sample the ambient sound around you and compensating by adjusting the sound played into your headphones. It's also possible to use Adaptive Noise Cancelling without music, simply to provide you with a quieter noise environment. If you require this facility do make sure that the product you're considering does include it.

Since the takeover of the company by Apple, wireless Beats by Dre products have been optimised for the iOS platform. Beats by Dre says most features are also available for Android users, and a useful help section on the company's website guides users through the various set-up procedures that might be needed. 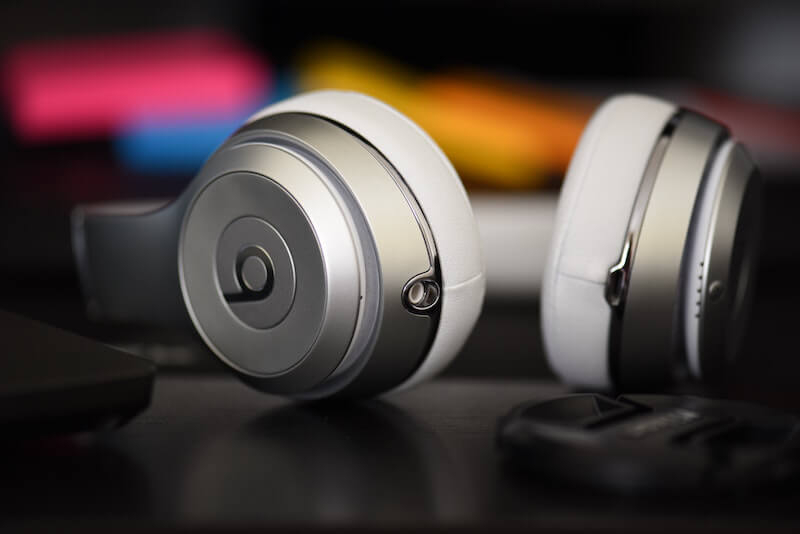 The Beats by Dre headphones range comprises both headphones for those on a budget and high-end headphones designed for studio use. The company has occasional collaborations with designers in special editions like Alexander Wang. These are essentially different colourways on the same headphone range which currently includes:

Like other premium sound companies such as Bose, Beats by Dre intends its portable speakers to provide an on-the-go or outdoor sound that approximates the quality of its headphones and earphones. Inevitably that means pricing that's above some of its competitors.

Pros and Cons of the Beats by Dre

Beats by Dre products are often wrongly dismissed as mere fashion items. That's not least because of the prominent Beats logo featured prominently on each pair of headphones and the striking colours that are available. There is no doubt that some buyers are making a fashion rather than audio-based choice, but this is radically to underestimate these high-quality headphones, earphones and speakers. The distinctive bass heavy sound reproduction and, in higher end products, the Bose-rivalling noise cancelling are, without doubt, of very high quality. Some buyers might be reassured by a test listen to make sure this sound is for them before committing to a purchase, particularly of the more expensive items in the Beats by Dre range. Apple Stores are the ideal choice for such a test listen, with the full range often available. All of that said, and chosen in a low-key colour, Beats by Dre products easily transcend their fashion image and are an increasingly credible choice for their audio quality alone. 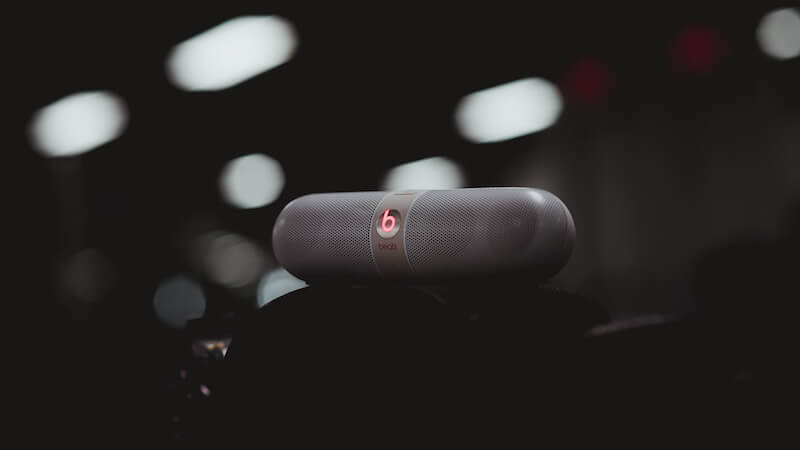 The Best Beats by Dre Deals

All of the latest Beats by Dre headphones and other products are available direct from the brand's own comprehensive website at www.beatsbydre.com, which is always worth visiting on Black Friday for special deals and in January when there is frequently a Beats sale

Beats by Dre products are also sold at every physical Apple Store as well as on the Apple website at www.apple.com. While Apple's official stance is to avoid discounting, their online site and their high-street stores are always worth checking around the Black Friday period and in the January Sales when some items, including those from the Beats by Dre range, are discounted. Among the high-street retailers, Currys, Argos, Selfridges, Richer Sounds and HMV all stock Beats by Dre and the stores' websites frequently include Beats by Dre products in annual Black Friday promotions as well as in their January Sales. Online-only retailer Very is an also authorised stockist of Beats by Dre, with offers around Black Friday and in their January sale period too.

HotUKDeals has a dedicated page which will always keep you up to date on all the latest and best deals on Beats by Dre products.