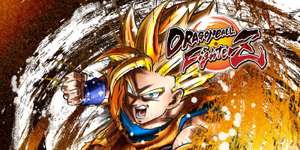 90° Expired
Posted 11th JunPosted 11th Jun
Dragon Ball FighterZ Nintendo Switch £7.49 @ Nintendo eShop£7.49Nintendo eShop Deals
Never used to watch this on TV but the price caught my eye coming down from 49.99 to only 7.49! Got great reviews and I love a 2d fighter. Got to say very impressed, simple to get into and t… 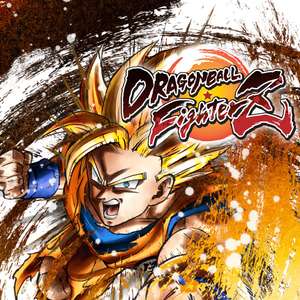 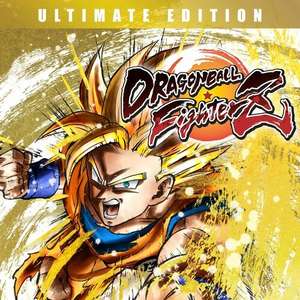 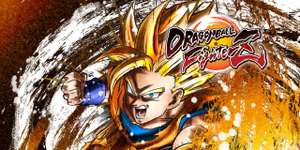 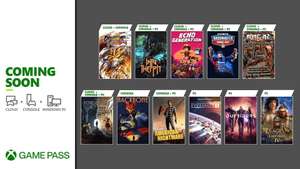 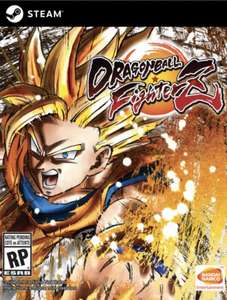 Dragon Ball FighterZ is a single or multiplayer fighting video game from the veteran developers at Arc System Works, it is available for Windows, the Xbox One and the PlayStation 4. Players compete in brutal yet spectacular 3v3-tag combat rounds, punctuated by cut scenes that explain more about the manga-inspired plot. Even complete newcomers can quickly learn the controls and play is enriched with a range of different modes.

The Dragon Ball franchise began as a comic created by Akira Toriyama, but debuted onscreen in the mid-1980’s, with an animated series and video games. The story draws on a Chinese novel entitled "Journey to the West", written in the 1400’s. It focuses on the quest of a boy called Goku as he strives to learn more about martial arts and find seven legendary orbs known as Dragon Balls, which grant the holder one wish. It’s an incredibly popular series which has spawned multiple books, films, TV series and video games. Amongst the games, combat titles like Dragon Ball FighterZ have proven to be the best sellers. 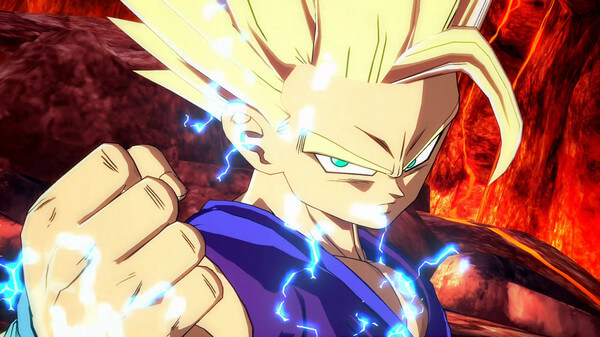 Different Versions of the Title

There are four versions of the same Dragon Ball FighterZ title; the first will suit people who just want to play the game, the second delivers a little extra content, the third is only available as a download, and the fourth is aimed at diehard fans of the franchise.

Players who have bought the full game can personalise their avatar and enjoy bonus features by purchasing DLCs or a season pass. 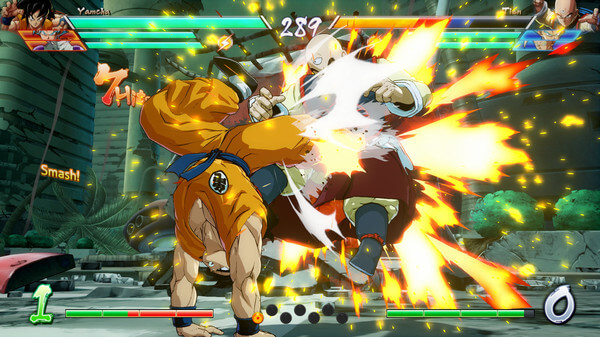 Often characterised as ‘easy to learn, but difficult to master’ the gameplay of Dragon Ball FighterZ builds on a formula that has worked for the franchise since the 1980’s. As you’d expect from the title, this is a fighting game through and through, using a roster of faces from the Dragon Ball universe to add diversity. If you’ve ever played Marvel Ultimate Alliance you’ll be in familiar territory, as you set to work picking out super-powered individuals to build a team. Once that’s done, you play as one fighter at a time, changing between them as the match continues.

Although you can only control one character, it is possible to bring on an Assist move from another fighter. This enables players to build up combinations of attack using the whole team. To be victorious in a match, you’ll need to defeat all three of your rival’s fighters. The game's mechanics make use of the same rules as most 2D fighters, blending small, medium and heavyweight strikes, kicked off by fast button presses. Once you’ve got the hang of it, attacks can be mashed up to produce more effective, consecutive hits. On a console, players can turn the joystick a quarter, then use the buttons to bring out a fighter’s special moves. Dragon Ball FighterZ has a liberal assortment of these, but not so many that it becomes a chore to learn them all.

The game’s plot revolves around newcomer, Android 21, a hybrid that’s part Majin Buu – a key Dragon Ball antagonist – and part Android. She has a natural instinct to feed, leading her to consume some of the world's mightiest warriors, and to make things worse, a mass of red-eyed battle-ready clones, have mysteriously appeared.

Story mode is probably the best place to start if you need to cultivate your attacks and gain experience of handling several fighters from the roster. This mode can also help you develop a better understanding of the game’s controls in less challenging surroundings. Here, you can experience the action as an android, a hero, or a bad guy. As the Dragon Ball fighters have become weakened by a strange force, the player has to link with their mind and command them in combat. You are given twenty turns in which to reach the next chapter, including the defeat of the level boss. Story mode can be more time consuming than Arcade Mode, but ploughing through the levels will boost your stats, allow you to discover extra fighters and give you access to tutorials.

Fans of Dragon Ball will recognise a host of familiar figures as they pop up in the story arc, but the actual narrative is new for the game. Many online commentators have pointed out the GI-type armour worn by Goku and Vegeta places the action after the God of Destruction Champa Saga, which was released as a manga and anime series between 2015 and 2016.

The game's graphics are rendered in dazzling colour and the fighters move between sequences fluidly. The overall look is reassuringly faithful to that of the original series and other combat games, where a 2D background acts as a frame for the 3D fighters. This specific visual style has led to reviewers coining the term 2.5D to describe Dragon Ball FighterZ. If you’re playing on Windows, move your game to its lowest graphics settings for a cool retro surprise added in by the developers. At this level, the sharpness disappears and the entire screen takes on a pixelated appearance, just like a vintage Game Boy Advance.

Getting Around the Minimum Requirements

Dragon Ball FighterZ is not a hugely demanding game in terms of memory or graphics, here are the minimum requirements to run it on each compatible platform: 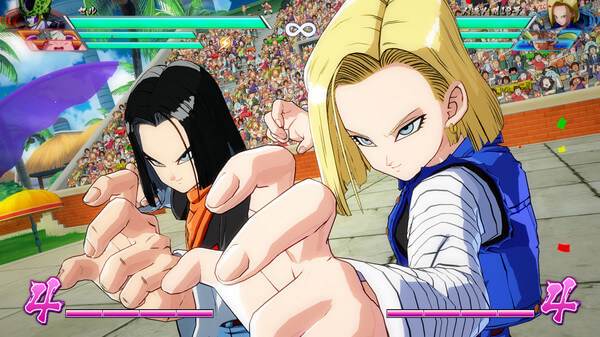 This title has become an undoubted success. In the week after its release date on 26th January 2018, two million copies were sold worldwide and a crop of YouTube pro-players continue to generate even more interest in the game. In general, online reviewers have been positive in their comments. On Metacritic, which brings together numerous reviews to reach an overall score, the PS4 version has achieved 87 out of 100. PC Gamer meanwhile, awarded Dragon Ball FighterZ 83 out of 100, calling it ‘the best game this licence has ever produced’, while over at Den of Geek, it scored 4.5 out of 5 and was praised as a ‘perfect new entry in the fighting game genre’.

What the Game Does Well and What Could Be Improved

Dragon Ball FighterZ is inventive and complex enough to have mass appeal, even to players with no previous knowledge of the franchise. Committed fans will also be delighted, as there are copious references to past games and the epic battles remain intact. It’s certainly a solid instalment in the fighting game genre, but what makes it great and is there anything which could be better? 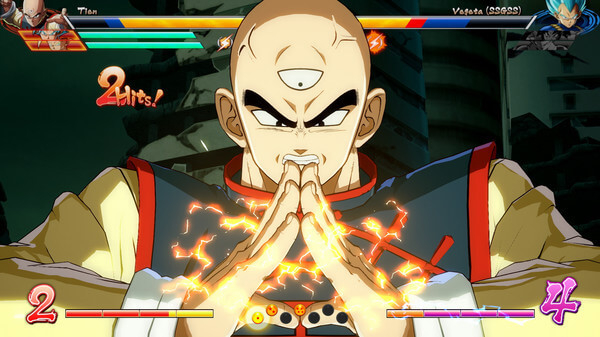 Dragon Ball FighterZ has been well-received by players and critics, so it remains in high demand. You can shop for a physical copy at Tesco Direct, 365 Games or Very. To download it directly to your console or Windows computer, browse through the various digital versions at the PlayStation Store, the Microsoft Store, or Steam.

During regular seasonal sales shops may cut the prices of recently released titles like Dragon Ball FighterZ, but only by a small amount. Larger reductions could be offered by major games retailers like Argos, GAME or Smyths Toysjust before Christmas, or at the end of November as part of the Black Friday event.

At HotUKDeals we round up reductions on this exciting fighter game on an individual Dragon Ball FighterZ page. Details are published and discussed by our community in every deal.