Released in July 2020 and followed by an upgrade in October, Ghost of Tsushima is from Sony Interactive Entertainment. It is an action-adventure game that takes you deep into the world of the Samurai. The setting is an open world and within this, players control the Samurai warrior Jin Sakai. Jin Sakai or the 'Ghost' is trying his best to protect Tsushima Island from the first Mongol invasion of Japan. The game immediately grabbed the imagination of players across the globe, selling over five million copies before the end of the year. It also scooped up gaming awards such as Best Art Direction (The Game Awards 2020) and Game of the Year (Famitsu Awards 2020). Join Sakai on his quest by picking up discount codes for Ghost of Tsushima cheap buys at hotukdeals. 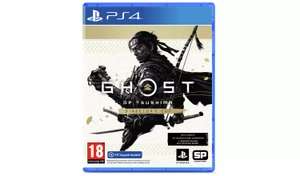 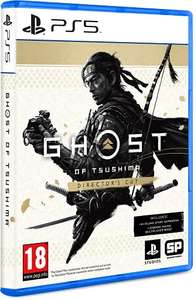 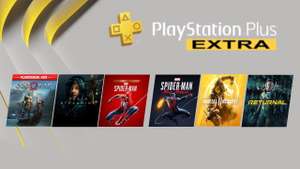 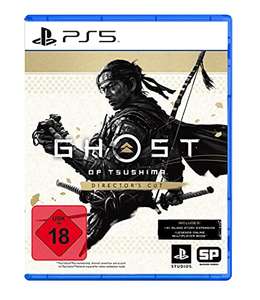 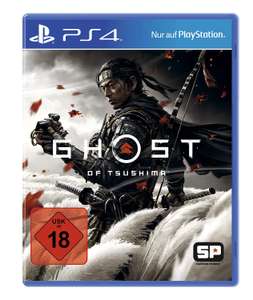 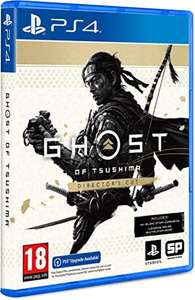 Ghost of Tsushima: A Samurai Quest

Ghost of Tsushima was developed by Sucker Punch Productions for Sony Interactive Entertainment. The decision to use open-world gameplay was made as the creators feel strongly that all choices should be made by the players. They have complete freedom to explore without the help or distraction of waypoints. At team development meetings, different settings and themes - pirates, Scottish outlaws, musketeers - were discussed before feudal Japan was settled upon. The vision was further developed by a historical account covering the Mongol invasion of Tsushima in 1274. This helps give the game its realistic background.

Jin Sakai, however, is purely a work of fiction. Throughout the development process, cultural experts were consulted to ensure both accuracy and to avoid unintentionally offending through cultural appropriation. Elements of gameplay were inspired by Sucker Punch's Infamous series as well as by Japanese Samurai films such as the iconic Seven Samurai of 1954. The game went into development in December 2015, was previewed in June 2020 and launched the following month.

Check out a Ghost of Tsushima Review Before Buying

The awards speak for themselves - Ghost of Tsushima was the third ever western game to get a perfect score from Famitsu - Japan's iconic gaming magazine - at its annual gaming awards. Famitsu particularly praised its visuals and combat. Trusted Reviews see it as a homage to classic cinema while NME praised Ghost of Tsushima gameplay but felt the story was a little lacklustre. GamesRadar gives particular praise to the scenery but feels it takes a little too long to master combat skills.

Gameplay and Features of Ghost of Tsushima

Ghost of Tsushima: Weighing Up the Pros and Cons

Swordplay combat is realistic and rewarding
Characters are likeable
An innovative touch is brought to the open-world formula.
The setting is beautiful

How to Play Ghost of Tsushima on Your PC

Ghost of Tsushima is designed for and plays best on the PS4 or PS5 but it is possible to play it on your PC (although there may be a little lag in performance depending on the specs of your PC). To play it on a PC:

Ghost of Tsushima: Merchandise and Accessories

If you've become a fan of Ghost of Tsushima, expand your enjoyment with some accessories and merchandise from the PlayStation Store. These include:

FAQs about Ghost of Tsushima

Is Ghost of Tsushima on PS5?

Ghost of Tsushima was designed and released for the PS4 however it does play well on the PS5. Rumours within the gaming industry seem to reveal that a PS5 version is in the pipeline.

Is Ghost of Tsushima on Xbox?

A Sony-owned studio developed Ghost of Tsushima as a PS4 exclusive. Sony rarely allows its games to be ported to other platforms so while a PS5 version might be coming in 2021, it is highly unlikely that Ghost will ever be available for the Xbox.

Does Ghost of Tsushima have multiple endings?

Is Ghost of Tsushima multiplayer?

Does Ghost of Tsushima have online?

Released in October 2020, Ghost of Tsushima: Legends allowed online play for up to four players.

Getting the Best Ghost of Tsushima Deals

Ghost of Tsushima can be bought online from PlayStation or from major electronics and gaming retailers such as Currys PC World, Amazon, Argos and Game. Each retailer will have a Ghost of Tsushima sale at some point in the year, especially in late November during the Black Friday event. To be sure of the best Ghost of Tsushima deals, pay regular visits to hotukdeals.

Who is Ghost of Tsushima for?

If you enjoy solo gameplay with lots of plot, characterisation and action then Ghost of Tsushima delivers. For variety, you can also download Ghost of Tsushima: Legends and enjoy online play with up to four other gamers. Legends is free to download if you have purchased the base game. Lovers of classic Japanese cinema and Manga or anything Japanese will also find that Ghosts gives them plenty to admire and enjoy.