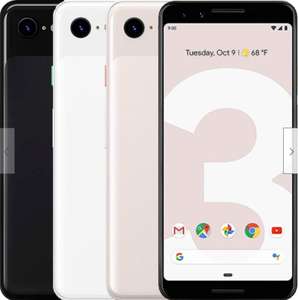 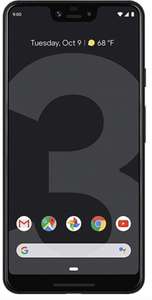 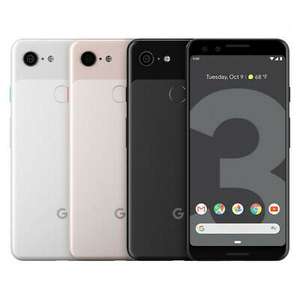 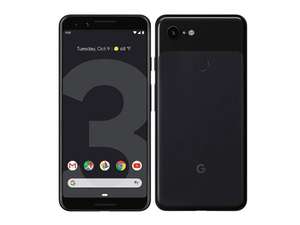 447° Expired
Posted 24th Sep 2021Posted 24th Sep 2021
Google Pixel 3 Smartphone 64GB Unlocked Just Black In Very Good Condition - £99.99 Delivered @ The Big Phone Store£99.99 Free P&P FreeThe Big Phone Store Deals
Barg-in. Very Good Condition-This product is in very good condition with only light signs of use. It has been fully tested and it is in perfect working order. This device will have been … 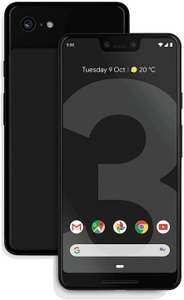 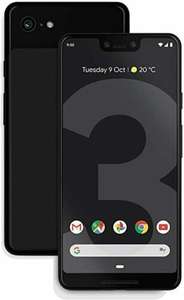 Google Pixel 3: The Google Phone Phone with an Amazing Camera

The family of Google smartphones is famous for its photographic abilities and premium features. Even if Samsung and Apple still dominate the high-end market, the Pixel range has attracted a dedicated following among selfie obsessives, but does the Pixel 3 continue the family's steady improvement, and is it a genuine contender?

This hotukdeals buyer's guide will introduce the Pixel 3 and its features, and help buyers to understand where it sits in the smartphone scene. We'll look at how to pick the right model, and how to find the best Pixel 3 deals or best Pixel 3 XL deals in the UK. That way, you can be sure that this is the right phone for your unique needs, or whether a Samsung Galaxy S10 or iPhone XS makes more sense. 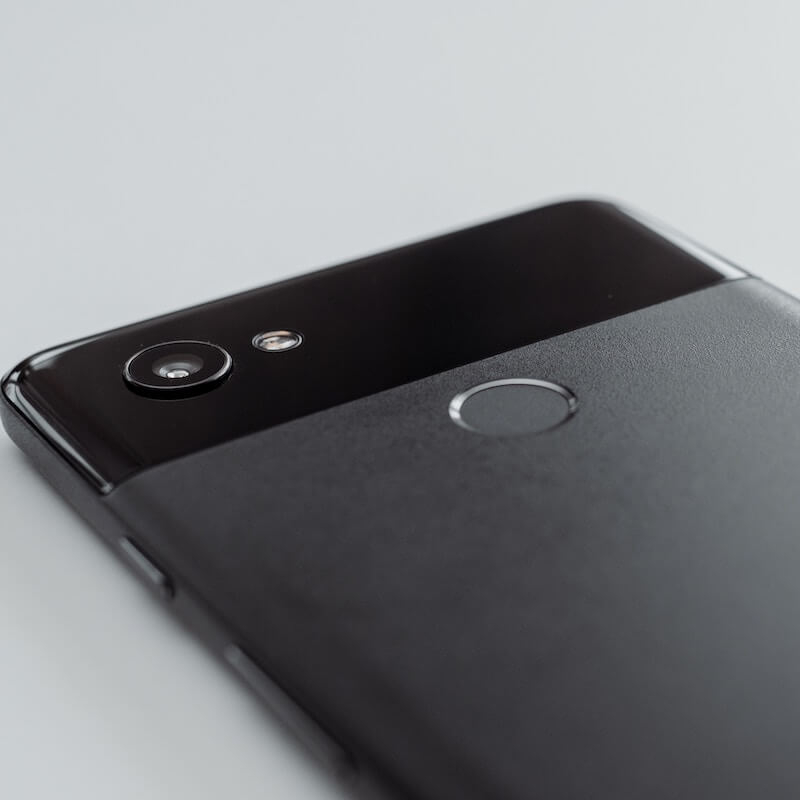 A Brief History of the Google Pixel Phone

For years, the smartphone market was dominated by a few names. At the top end, Apple and Samsung battled it out with their iPhones and Galaxys, continually innovating and introducing sophisticated operating systems, cameras, processors, and casings. But there was always room for new players in the smartphone market, especially fresh upstarts with a new angle. And that's where Google started out with its first Pixel phone in 2016.

The first Pixel and Pixel XL integrated Google's own Chrome OS into an Android format and heavily focused on photography, especially HDR+ imaging, which very few competitors could match. At the same time, the Pixel was meant to hook up with the search giant's social media efforts, with generous cloud storage for photos, and easy synchronisation with Facebook and other platforms.

After modest success, the 2nd generation Pixel appeared in 2017, with the Pixel 2 and 2XL, as Google settled into the familiar rhythm of releasing annual updates. And the 3rd Generation Pixel debuted as planned in October 2018, alongside the lower spec Pixel 3a and Pixel 3a XL.

Has the Pixel established itself as a popular smartphone that matches Apple and Samsung? Broadly speaking, yes, although sales are well below the smartphone giants. With its blend of powerful Google software, voice activation, and industry-leading cameras, it's definitely found its place in the smartphone elite. But does the latest iteration take things forward enough to merit a purchase? Let's put it through its paces.

What Features Sets the Pixel 3 Apart from Its Predecessors?

2018's Pixel 3 brings a few refinements to the party, as well as some features that could be game-changing. Here are the core USPs to get things started: 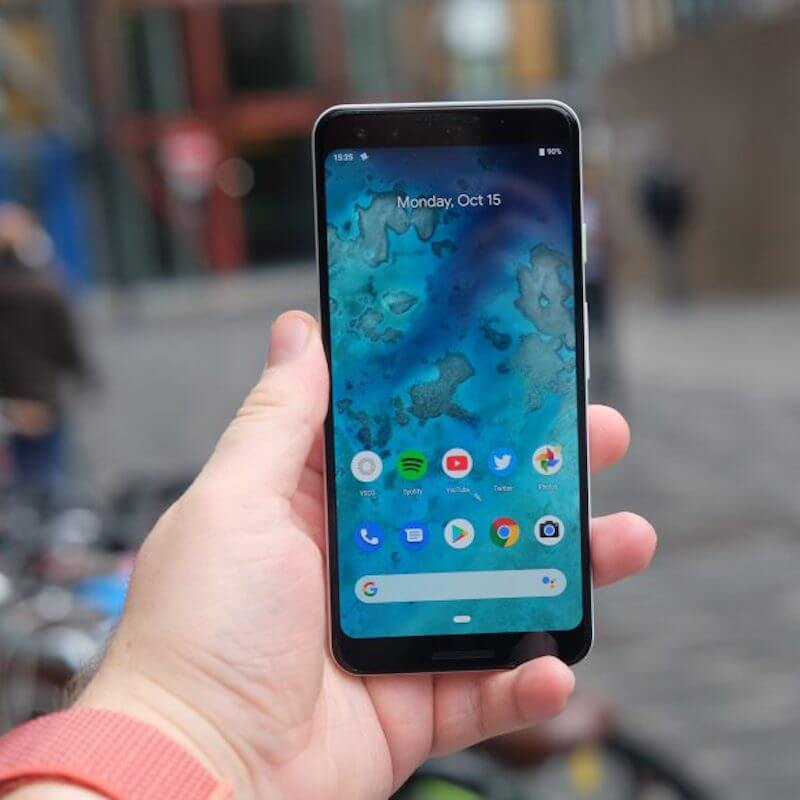 Key Google Pixel 3 Specifications that Buyers Should Know About

Those features make the Pixel 3 a marked improvement on its predecessors. But for serious phone fans, they will matter much less than the phone's key specifications. So, to help you make your mind up, here are the Pixel 3 specifications that matter the most:

Google always talks a good game when it's time to launch a new Pixel phone, but we need more than the company's opinion to make an informed decision. So what has the tech press made of the Pixel 3, and does it amount to an enthusiastic recommendation?

Tech Radar is a good place to start, as it tends to offer impartial reviews which take every feature into account. And the news was good for Google, with the site's reviewer calling the Pixel 3 “the best camera phone yet.” It wasn't the raw lens power that captured the reviewer's attention. Instead, it was the AI software used to process images, and deliver effects that no other phone can produce.

Trusted Reviews echoed Tech Radar in according the Pixel 3 4.5/5 in its April 2019 review. Its expert highlighted the use of AI, particularly the Night Sight feature, which had few rivals. And Trusted Reviews also mentioned an unsung aspect of the Pixel: its fast wireless charging, with or without the Pixel Stand (see other accessories, below).

It's hard to find much negative comment about the Pixel 3. In an otherwise glowing Pixel 3 review, Expert Reviews did note the relatively short battery life, but that's more or less the limit of press negativity about Google's latest phone.

However, that doesn't mean that every buyer will appreciate the Pixel 3. These reviewers were assessing the Pixel as a camera phone, not for business uses, surfing the web, or playing games. If they had used other criteria, such as processing power, the outcome could have been different. So keep that in mind. This is a fantastic phone, as long as photography is a priority.

Is the Google Pixel 3 Waterproof?

The good news is that Google have engineered the Pixel 3 to meet IP68 standards. In layman's terms, that means it will survive dunks in the wash basin or the bath, and should stand up to any weather conditions. To be more precise, the phone is rated to last for 30 minutes in 1 metre of water. That should be more than enough protection, barring exceptional circumstances.

What Colours Can You Get The Pixel 3 In?

When it comes to customising your purchase, Google don't provide much flexibility. Unlike some other phone makers, buyers aren't spoiled for choice regarding colours and memory levels. Regarding the basic Pixel 3 model, you can choose black, white, or “not pink” (which is, definitely, a form of pink).

After choosing your colour, you can add the required amount of hard disk space. Google offers either 64GB or 128GB, with a price difference of around £100 between the two versions.

Is it worth investing in extra disk space? Yes, if you intend to take hours of video footage or store a lifetime's worth of photos on your phone. But if you just want to use your Pixel to take photos and store them in the Cloud, why pay more? Extra disk space will be appealing for users who want to watch movies, play games, and add extra apps, but it's not usually a major factor for everyday users.

It's also worth noting here that the standard Pixel 3 has been released alongside the Pixel 3 XL, a 6.3-inch variant with much the same features and a few pounds added to the price tag. If you really need extra screen space, by all means opt for the Pixel 3XL, but the Standard model still offers premium photography features and may be more ergonomic to carry around.

Finally, bear in mind that you can buy Pixel 3 handsets (SIM-free) or purchase the phone as part of a contract deal with UK mobile merchants like Three or Virgin Mobile. Sometimes, buying stand-alone handsets can save money, if you get a good deal on a SIM contract. In any case, the monthly payments via a standard contract will be much more expensive than buying outright, but not everyone has the cash to buy a Pixel 3 right away. Contracts come with other benefits, such as free calls and data, and the ability to upgrade cheaply. So, while SIM-free buying can be cheaper, that's not always the case. Be careful when comparing hotukdeals listings to make sure you aren't short-changed by the small print. 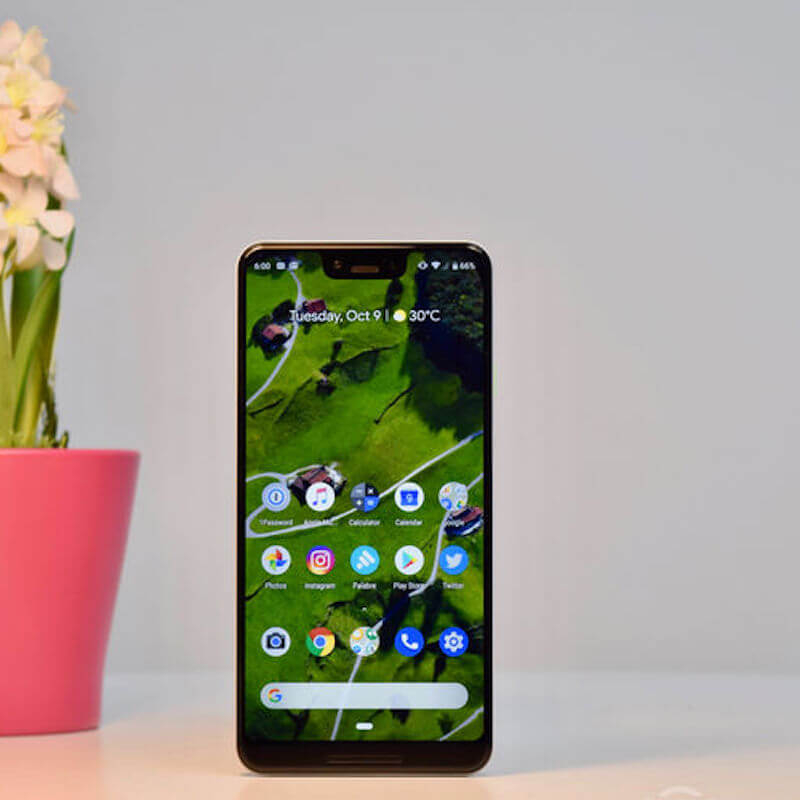 The Google Pixel 3 vs Samsung S9 Competitors: Which Phone Should You Choose?

Before you buy anything, it's helpful to compare the Pixel 3 with its major competitors: the Samsung Galaxy S9 and the iPhone XS. These models are similar in price and specifications so they should appeal to a similar audience. But they do have their differences.

Straight away, the S9 has the edge in terms of general visuals. Its high definition AMOLED screen has the trademark wrap-around Galaxy look, and Samsung's processing prowess ensures that games and movies will look incredible – and better than on the Pixel 3.

The S9 has more connection ports for users, is better protected against water and dust (marginally), and the inclusion of MicroSD means that the S9 is superior in storage terms as well.

In fact, the S9 is technically a better phone in every area, except for one key element: the camera. As we've stressed multiple times, the Pixel 3 is a stellar camera phone. You could see it as a glorified digital camera, and one that beats the S9 hands down when it comes to image processing, convenience, and software.

The story isn't all that different regarding a matchup between the Pixel 3 and the iPhone XS. Again, Apple's technical wizardry trumps Google's smartphone architecture, delivering faster processing speeds and more power underneath the hood to handle graphics and gaming.

The XS ships in 512GB varieties which dwarf the puny 128GB storage on the heftiest Pixel 3 phones, it has more aesthetically appealing colour schemes for the case, and sports a far superior OLED screen. The battery life is far better than the Pixel 3, too, which can be a significant consideration for commuters and travellers.

Then there's iOS 12. iOS is the native Apple operating system, and offers a range of beautifully designed, dependable apps, as well as a level of security which beats Android in most cases. It's a matter of taste, but many people prefer the clarity and support Apple provide with iOS, over Android's messiness. Then again, Android is easier to customise, so experienced smartphone users often prefer it.

Overall though, the same judgement applies. The iPhone XS is a more developed (and expensive) all-round phone, while the Pixel 3 is a dazzling camera with a processor bolted on. 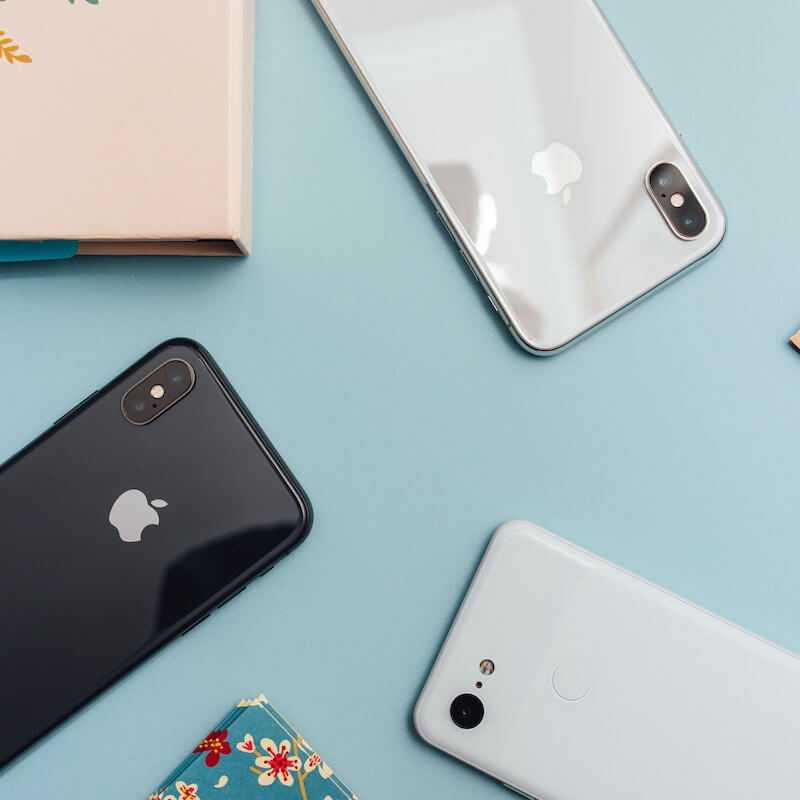 Useful Accessories to Pick Up with Pixel 3 Offers

Accessories are more important to the Pixel 3 than they are to many other phone models, and as we'll see, some must-have peripherals can really enhance the phone's capabilities. Here are some products that you'll often find discounted at hotukdeals, and all Pixel 3 buyers should think about purchasing:

How and Where to Find the Best Google Pixel 3 Deals

Even if Google haven't found the recipe for dominating the smartphone world, with the Pixel 3 and its cousins, the search engine giant has come up with a phone that offers more options than ever for photography lovers. The cameras and AI processor on the Pixel 3 will be a dream for Instagram addicts and selfie junkies, but this tech comes with a price tag. So how can we go about shaving some pounds off the total?

Well, the answer lies at hotukdeals. Our Pixel 3 listings feature a constant stream of deals for handsets and contracts from major UK merchants like Amazon, Carphone Warehouse, Three, Mobiles.co.uk, and even second-hand dealers like CeX. If a Pixel 3 is discounted in the UK, we'll have the details, making it simple to compare minutes and calls, handset prices, and whether accessories like the Pixel Stand are included.

With all of that information, finding an unbeatable Pixel 3 price should be simple. However, if you really want a bargain Pixel phone, timing matters too. Remember, Google release Pixel phones roughly once a year, and it's likely that they will do so again. So shopping for last year's (still excellent) models can be much cheaper as new editions are launched. And shopping around Black Friday or Amazon Prime Day are good ideas whatever model of phone you need.

With expert timing and a little patience, you'll surely be able to pick up a Pixel 3 at a rock bottom price, delivering incredible camera features and a high-end phone, with a bit left over for extra accessories and data on the side.

Google's Pixel 3 smartphone offers some of the most advanced photography tools ever witnessed in a standard phone. From innovative AI-assisted low light photography, to widescreen selfies that won't leave anybody out, and even the addition of animated friends to your video footage, the Pixel 3 is crammed with features. Enjoy them for less at the hotukdeals Pixel 3 listings.