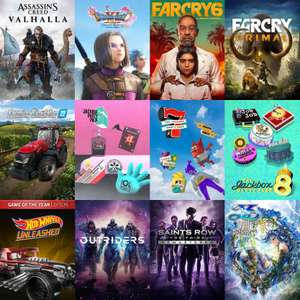 536° Expired
Made hot 6th Nov 2022Made hot 6th Nov 2022
163 Free Game Trials on Chrome eg Jackbox 6 7 8, AC Valhalla, Far Cry (Up to 3 hours, Use Keyboard /Controller, Account Not Req'd) @ StadiaFREE£0.01Stadia Deals
Make the most of this ASAP to try before you buy a subscription or the game itself. There is nowhere else to trial games that is as accessible (no Stadia account needed - just a Google accou… 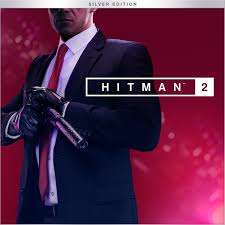 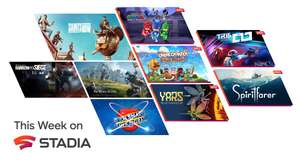 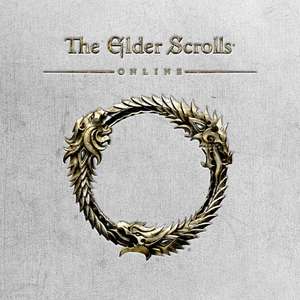 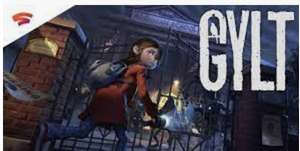 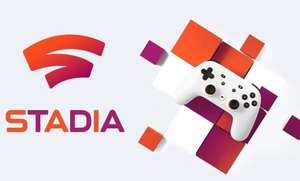 Google Stadia: Get The Future of Gaming for Less

You don't need to buy an expensive PlayStation or Xbox console, and you definitely don't need to get hold of a deluxe gaming PC in order to enjoy the latest games. Instead, Google has come up with Stadia – a totally new way to stream and enjoy high resolution gaming. Working with Google's own controller and almost all standard Smart TVs, PCs, and phones, Stadia doesn't need downloads. You just plug the controller in, download the app, and stream away.

Sounds good? In this hotukdeals buyers guide we'll look into how Stadia works, what you need to get started, and the range of games available to play. We'll check out potential alternatives, suggest the best way to find cheap Google Stadia prices, and answer any other questions that might arise – giving you the fullest possible picture before making a purchase. But first, we need to know where the Stadia idea came from. 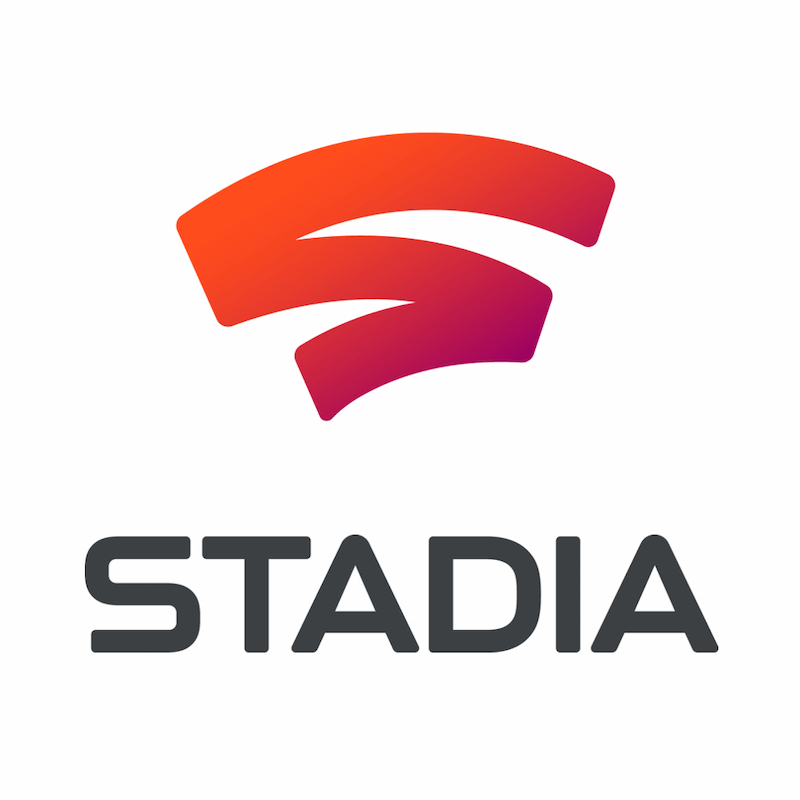 The Story Behind Google Stadia

In the past, gaming has been heavily based around standalone consoles. From the earliest days of home video games, with the Atari 2600 and the Colecovision, through to Mega-drives, SNES, PSX, and Xbox systems, gamers have had to buy a separate unit to play the games they love. But there have always been visionaries who have known that the age of consoles is coming to an end.

As the web developed, the potential for storing games online became apparent pretty quickly. Programming languages like Java and Flash enabled creators to embed games into web pages, allowing people to play them without the need for local storage.

However, this concept remained fairly rudimentary until connection speeds and storage systems developed to accommodate complex games. In 2009, a California company called OnLive found a way through these limitations, launching a Cloud-based gaming system which utilised new streaming techniques. Within a few years, the company had failed, but the idea remained. And – unsurprisingly – tech giant Google was the first to realise how powerful direct streaming could be.

Stadia was a long time coming, though. Details first emerged in early 2019, and the system was rolled out soon afterwards. Seeing a chance to steal the thunder of Sony and Microsoft, Google waited until it could deliver smooth streams for 4K gaming titles, while fine-tuning its very Xbox-style controller. The result was a product that offered much more than OnLive ever could, but is it a genuine competitor to the PlayStation Network or Xbox Live? Let's find out.

What are Google Stadia's features?

Google Stadia offers a way to play games without owning a separate console or computer. All of the code involved in the games is stored elsewhere and delivered in real-time via broadband connections. Playing the games doesn't require a PC or an Xbox, or anything like that. You'll just need a Smart TV, PC, or smartphone that's connected to the web and capable of working with Chromecast Ultra. However, beyond that basic core, there are plenty of other important features to know about:

What Kind of Google Stadia Games Are Available?

Gamers may be interested in the Stadia concept, but nobody is going to play on a platform with zero appealing titles. Fortunately, Google has ensured that subscribers will be able to access a reasonably large library of titles as soon as they log on. The initial launch version includes access to 22 games, including:

As you can see, that's a decent selection of titles right off the bat, and an excellent catalogue for Tomb Raider fans. It's important to note that two of the highest-profile titles (Destiny 2 and Samurai Shodown are only available with Stadia Pro – the subscription service which caters for 4K gaming).

Many major developers have embraced Stadia as well, including Bethesda, Ubisoft, and Capcom, and there are plenty of upcoming releases as well. There are some major omissions, including most sporting titles (except for NBA and Football Manager). And none of the games announced is exclusive to Google Stadia, potentially denting its appeal. Even so, there should be something for most gamers in the initial catalogue. 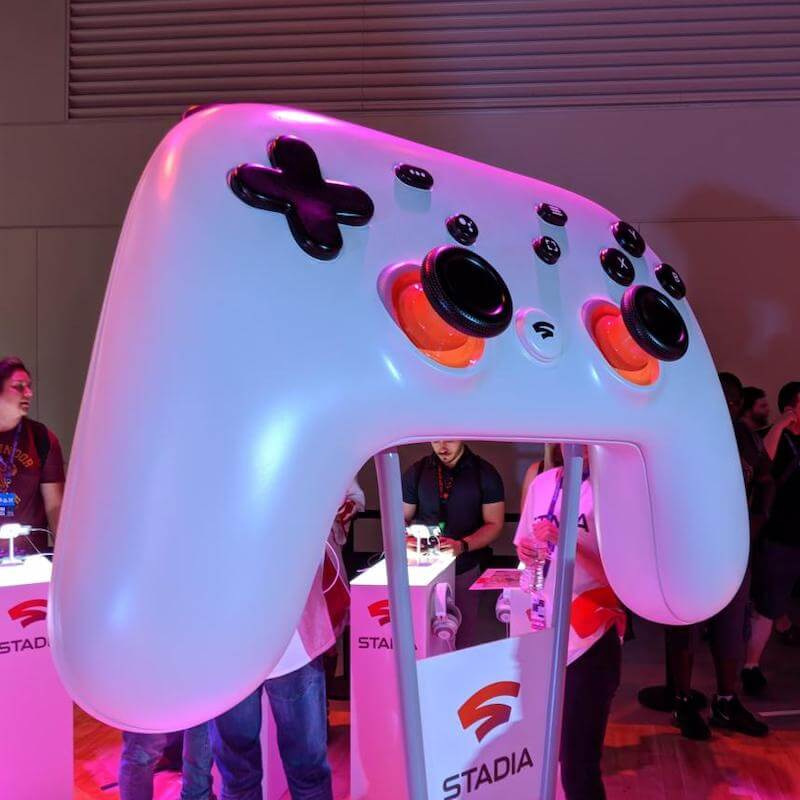 Before we get onto the various Google Stadia purchasing options, it's worth quickly running through the main Google Stadia specs, just to check that it's compatible with your setup. So here they are:

3 Ways to Buy the Google Stadia

Stadia initially shipped in what was called the “Founders Edition”, but that limited edition has now ended. Instead, gamers will probably need to purchase the Google Stadia Premiere Edition. This comes with an all-white version of the Google Stadia controller, the ChromeCast Ultra dongle, Destiny 2, and 3 months of access to Stadia Pro.

As we noted above, this isn't the end of the story. Stadia Premiere is basically a foundation for making the most of Stadia's gaming library, but to really exploit the system's potential, gamers will need to take out a regular Stadia Pro subscription. You don't need this to play most of the games, but without a Stadia Pro subscription, you won't be able to stream in 4K – which is the only setting where Stadia competes with gaming PCs and consoles. So most serious players will need to get hold of a good subscription deal.

Initial editions also regularly came with something called a “Buddy Pass”, which was Google's attempt to make Stadia go viral. Essentially, this pass was included for free with the Founders Edition and allowed a friend to access Stadia Pro for 3 months. It can still be found with some bundles, so if you are into social gaming with friends, it's worth looking out for.

When purchasing Stadia Premiere and Stadia Pro subscriptions, it's also important to remember that individual games will come with price tags that are comparable to those for Xbox and PlayStation versions. So there are no big discounts for Stadia players – unless they take advantage of Google Stadia sale promotions. Look out for reductions on Stadia Pro titles (which aren't always highlighted on the platform itself). And when setting up Stadia for the first time, keep an eye out for Google Stadia deals with numerous games – not just Destiny 2, which comes as standard. It could be a great way to get started and save on games that you really want to try. 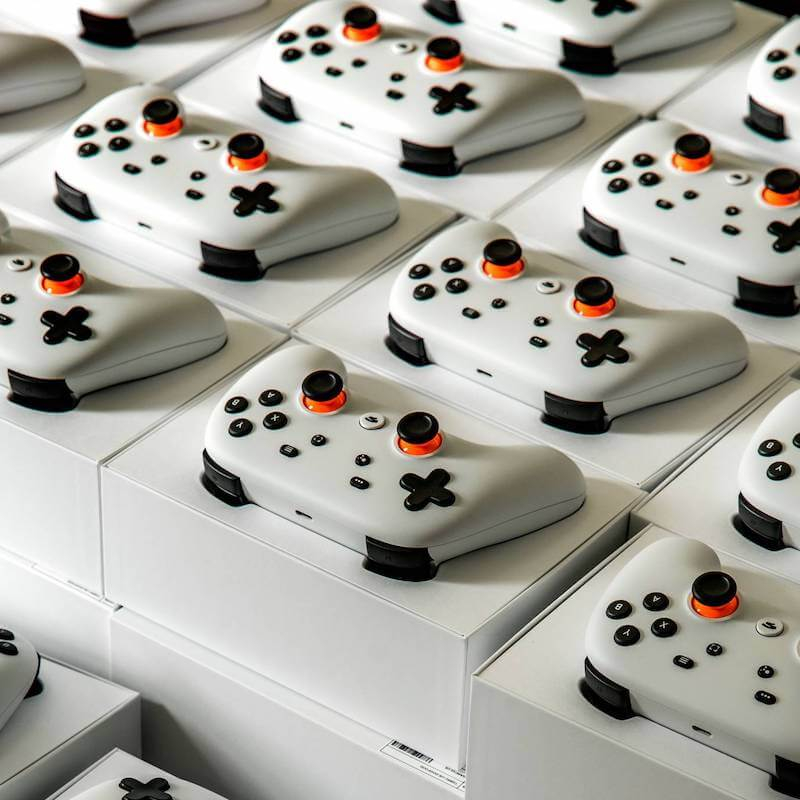 What Does the Gaming Press Think About Google Stadia?

All of this sounds impressive, innovative, and – potentially – a very affordable way to try and play games that you love. However, is Google Stadia the game-changer that the search engine giant hopes it will become? The critical response has been lukewarm.

Tom's Guide gave Stadia 2.5 stars out of 5, praising the concept of Cloud-based gaming and the smoothness of its 1080p performance, but was much less wowed by the 4K visuals, which could often feel laggy, rendering games like Tomb Raider very tough to play. And the audio and video could also become desynchronised – seriously compromising the whole experience.

IGN had a very similar reaction, awarding Stadia 3 stars out of 5. For them, Stadia is a case of “future imperfect”. It's a forward-looking, innovative system, which may well presage different ways of delivering gaming content in the future but isn't quite at the right level yet. Even so, IGN did report that games “look almost as good as they do from a gaming PC”, and were visually more impressive than on the latest Xbox or PlayStation systems. Despite this, problems with latency were apparent, including serious slowdowns when streaming to a range of Smart TVs (PC and smartphone gaming seemed to be a lot smoother, by comparison).

The overwhelming impression given is that the gaming press applauds Google's ambition with Stadia, and wants it to succeed, but that technical limitations are still apparent. No reviewer has reported that the system is unplayable, but almost all advise players to be realistic about how Stadia will match up to high-end PCs. Still, if you need a mobile gaming system or you aren't keen to shell out a fortune on a gaming PC, it's potentially a very handy option.

Are There Any Alternatives to Google Stadia?

Although we've mentioned that Google Stadia is path-breaking, that's only partially true. It turns out that Stadia isn't the only platform seeking to mainstream console-less gaming. Here are some other providers who may be just as appealing as Google's platform, and could actually work out better in some cases: 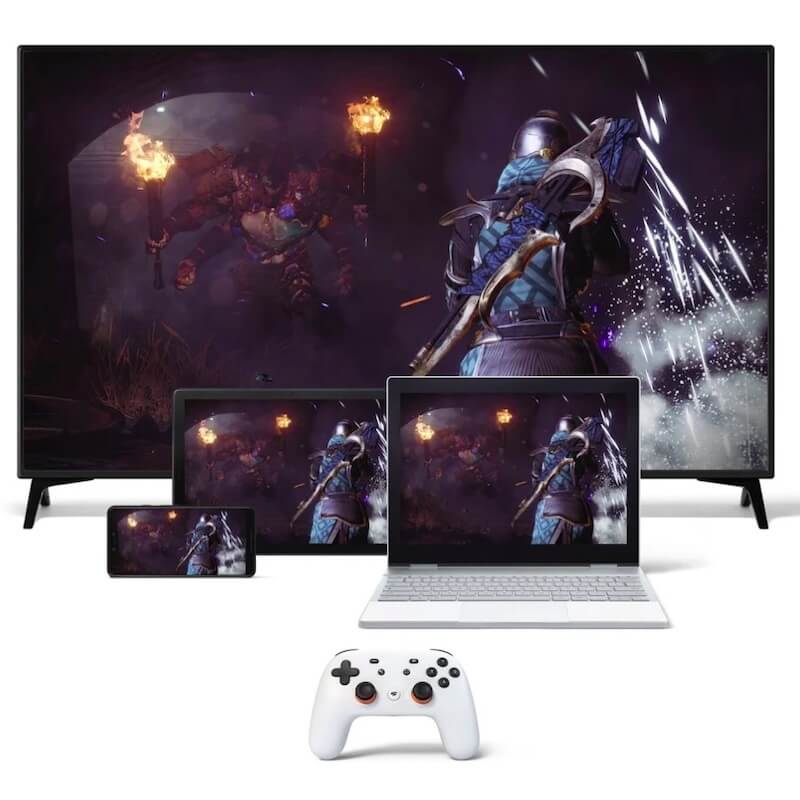 Before you rush over to Google's website and purchase a Premiere package or a Stadia Pro subscription, it's important to run through some of the most important questions gamers encounter, so we've put together a brief FAQ covering all of the key issues. 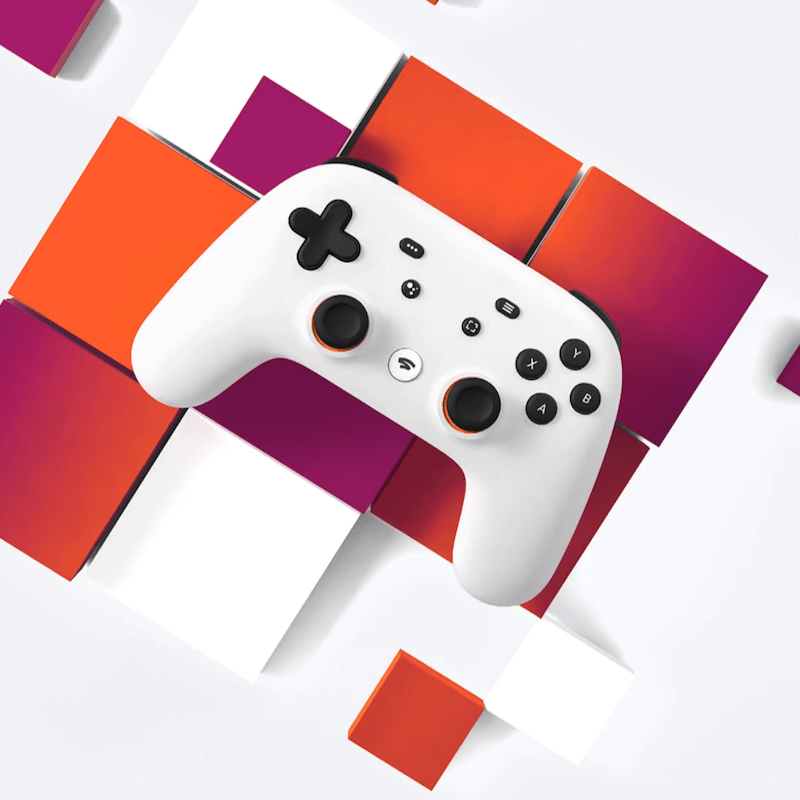 How and When to Find the Best Google Stadia Deals

Streaming could well be the future of gaming, allowing you to play games on any device with a screen, wherever you want to play them. Google knows this, which is why the tech giant has released Stadia – an advanced, plug and play games streaming platform. As we've seen, Stadia has a lot to offer, from easy Smart TV gaming, to free titles, and a Google Assistant-equipped controller. But at around £120 for the basic package, it isn't as cheap as it could be.

Fortunately, if they want to buy Google Stadia UK customers have a few good ways to make serious savings. Firstly, decide whether you want to go for the more expensive option of Stadia Pro, or the basic Premiere package (or Stadia Base when it is released). Pro comes with free games and the option of playing in 4K, but the basic package is much cheaper, and can actually deliver smoother visuals, assuming you aren't that worried about super high-resolution graphics.

When you've decided which package to opt for, it's time to hunt for cheap Google Stadia deals, and the best place to do so by far is at hotukdeals. Our listings include all of the latest Stadia offers from the Google Store itself, as well as any third-party merchants who are selling the system, such as Currys or eBay. If it's listed for sale in the UK, you're sure to find it here – and that includes game discounts in the Stadia Store as well.

It may also be possible to make bigger savings by timing your Stadia purchase. Gaming products tend to be heavily reduced around Black Friday and Cyber Monday in November, which is a great time for bargain hunting. But expect big New Years reductions as well. However, as Stadia becomes established, Google is sure to launch a wave of promotional sales, so reductions could really appear at any time. And that's why it's so important to check back with hotukdeals, if you don't want to miss a single discount.

Is it time to throw out your Xbox and downsize your gaming PC? Google certainly thinks so. Google's Stadia platform could well bring game streaming into the mainstream. Offering 4K gameplay without the need for any hardware, aside from a controller, Stadia may be a game-changer for UK players. So have a look around, choose a package that makes sense, and explore gaming's new frontier with the hotukdeals Google Stadia listings.