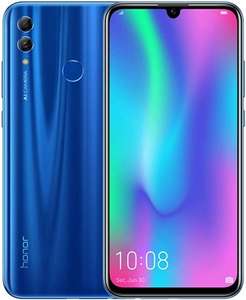 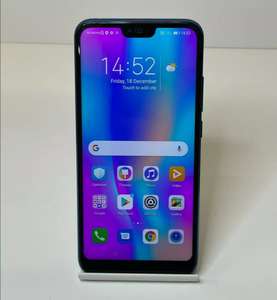 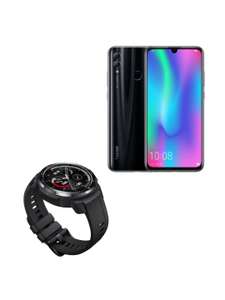 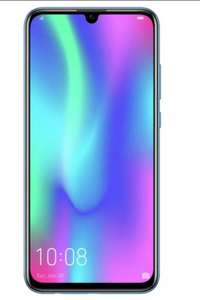 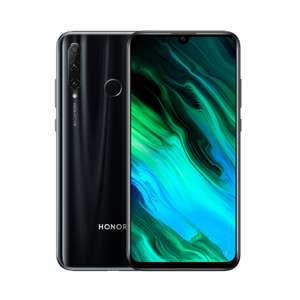 Your Guide to the Best Honor 10 Deals from hotukdeals

It may be a less instantly recognisable brand than Samsung or Apple, but Honor has been carving out a niche for itself in the UK smartphone market, and the Honor 10 looks set to solidify its fan base (while attracting a few more converts along the way). This offering from a major Huawei subsidiary blends an attractive price point with some even more appealing features, but is it the best option for you?

This Honor 10 buyer's guide will run through everything smartphone buyers need to know about one of the year's smartest, and most surprising contenders. hotukdeals will also help you find all the Honor 10 sales and Honor 10 deals, so you can get the best Honor 10 Price in the UK. 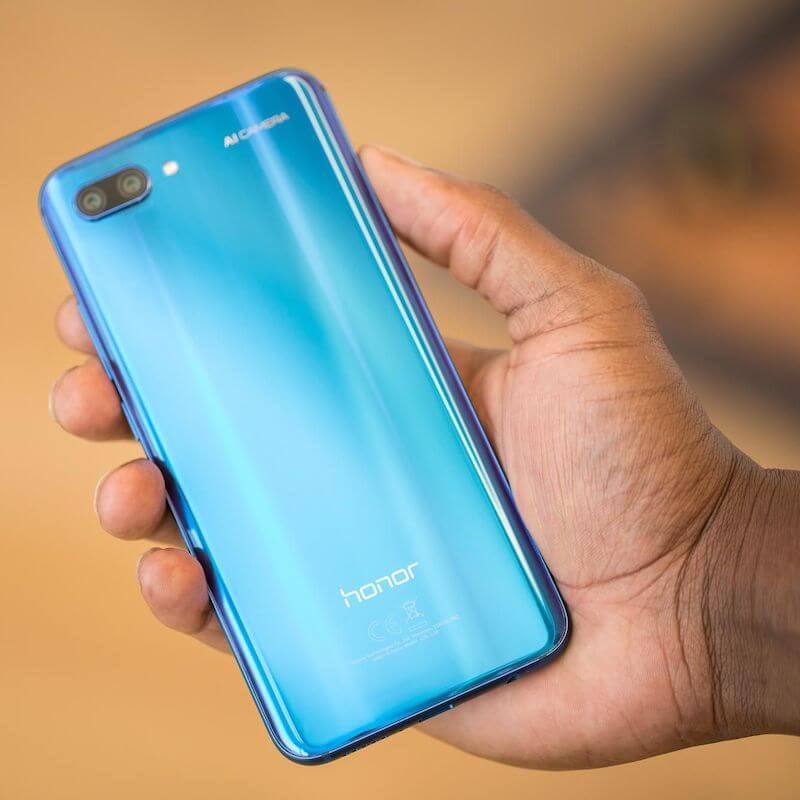 A Quick History of the Honor Smartphones Brand

For those who are new to the brand, Honor is essentially a division of the Chinese tech giant Huawei, although its design department and products are clearly separate from other Huawei phone models. The company started out as a spin-off in 2011, when Huawei sought a fresh new image for its “premium budget” phones. Tangling with companies like Xiaomi and Samsung in Asian markets, the firm needed a new angle and some dazzling phones to capture the attention of demanding customers, and that's what Honor provided.

Expansion outside Asia followed swiftly, with UK products appearing in 2014 (via the Honor 6). This was followed by the creation of Vmall – the Honor online store, and then the unveiling of the upscale Honor 8 and in 2016. Sales steadily rose, and Honor's tech department responded, adding innovative new AI-based learning features, as well as industry-leading charging options.

All the while, the brand has consciously chosen to focus on online retail, signing very few partnerships with third-party bricks and mortar sellers. That's why you probably haven't held an Honor phone in your hands at High Street stores. But with plenty of vendors stocking the Honor 10, getting hold of the latest models won't be a problem (and you're sure to see plenty of people sporting the device as time passes). But what features are likely to make the Honor 10 so appealing? Let's find out.

What Makes the Honor 10 Stand Out From the Crowd?

These days, smartphones can't simply trade on value for money. Buyers want cheap devices, sure, but they also want good cameras, reliable processors, attractive designs, intuitive interfaces, solid charging, and extras like waterproofing. Good mid-range phones manage to score well on all of these areas, and the Honor 10 is a great example. Here are some of the features that buyers will encounter: 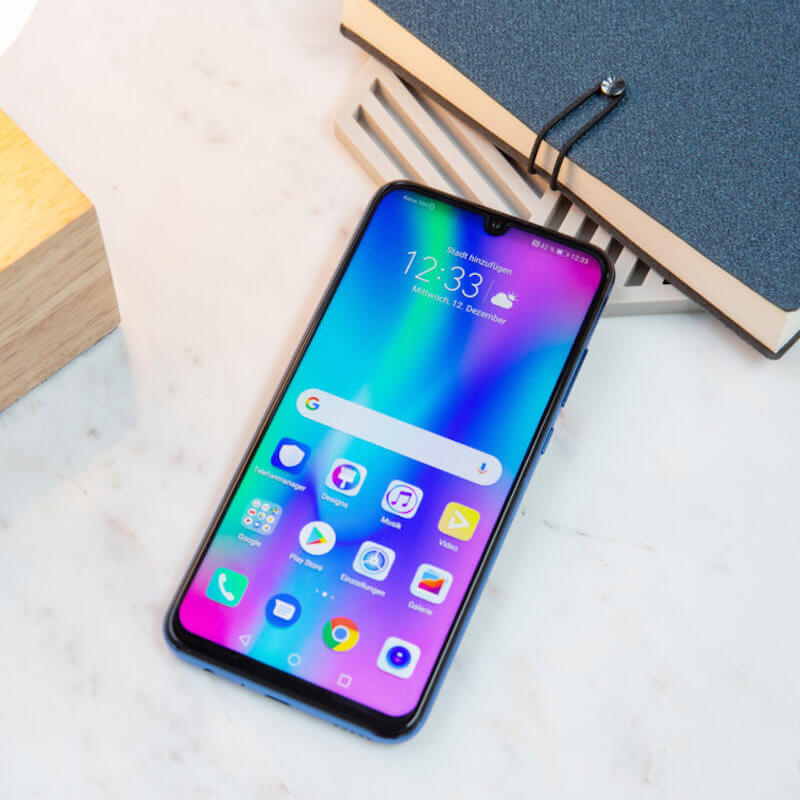 Before we move onto in-depth specifications, it's essential to be clear about how the Honor 10 range works. Honor has released two separate devices on the UK market: the standard Honor 10 and the Honor 10 Lite. And there are some significant differences between them.

Counter-intuitively, the Lite actually has a much larger screen area (6.21-inches vs 5.84-inches). But it couples this larger screen with a less powerful Kirin processor and smaller memory and storage allocations. This means that there's less CPU power to manipulate graphics on the larger screen, so performance limitations are to be expected. And users won't have as much space to store photos, videos, music, or apps.

The cameras are very similar on both Honor 10 models, as is the resolution and battery capacity. However, there's often a price difference of £80-100 (the Lite being the cheaper of the two). So if you are on a tight budget and want a decent phone, the Lite would be the one to go for.

Honor 10 Specs: What You Need to Know

Details matter in the smartphone world, especially if you are choosing between the Honor 10 and its Lite counterpart. So to aid comparison, here are the major specs for both models. Firstly, the standard Honor 10: 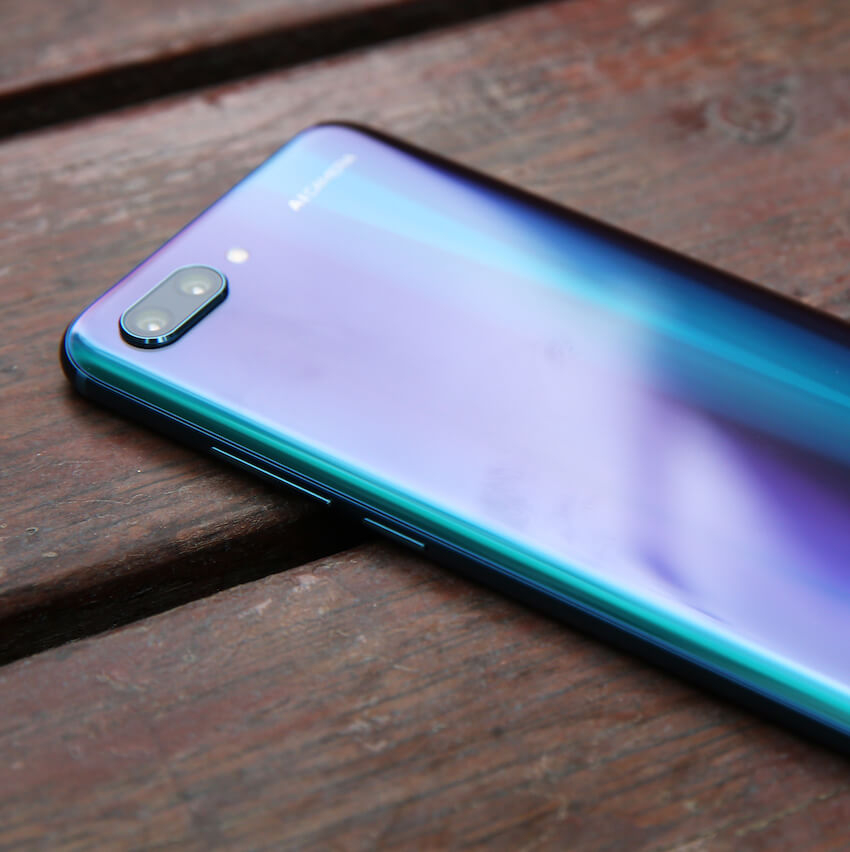 When any new phone hits the market, the tech press is always quick to cast judgement, and that's definitely been the case with the Honor 10. For the Guardian, the phone was a pleasant surprise, offering a design that looks and feels very Samsung-like, with performance that almost reaches OLED standards. Special mention was made of the fast fingerprint scanning and excellent battery life, and the paper's Honor 10 review ended up with a resounding endorsement. In fact, the Guardian called it “an excellent smartphone that comes very close to matching the latest top-of-the-range phones, but costs significantly less” - high praise indeed.

Feedback on the Lite has been similarly positive, with a few reservations. For instance, Expert Reviews awarded the phone 4/5, but noted the questionable inclusion of micro-USB connectors, and a design which seems to attract finger smudges easily. Tech Radar agreed about the outdated micro-USB port, but focused on the positives, judging that the Lite, like its Standard counterpart, delivers a very premium-style package at budget prices.

In general, reviewers have taken into account the price when making their decisions – something that customers need to think about. If you have the money and absolutely need top of the line processing power or camera functions, the Honor 10 will feel as cheap as it costs. But if your expectations are moderate, and you don't need DSLR-quality photos, you'll be happy with what's on offer.

Ways to Buy an Honor 10 Smartphone

Although technically available in various memory and storage configurations, the vast majority of Honor 10 deals available in the UK come with 128GB storage and 4GB memory. Cheaper 64GB versions are around, but harder to find. However, they can be considerably cheaper, so it's worth searching the hotukdeals listings for them before opting for 128GB. Most people won't need to extra storage capacity, and will be glad to save a few pounds.

Colour-wise, options will be limited. Honor has released the 10 in two main colour schemes, and both are a little unexciting. You'll probably have a choice of grey or blue, and not much else. However, with the right Honor 10 case, you can add a bit of energy and colour, while keeping your device safe and sound.

In fact, when you come to buy an Honor 10, adding accessories makes perfect sense. Many retailers will bundle in cases, but you might prefer the range available from specialists like MobileFun. Options vary from snap-on transparent covers to wallet-style shock-absorbent designs, while Olixar cases are even more rugged. Mixing a good case with a few screen protectors is always sensible, no matter what phone you buy.

Customers will also have to decide whether to buy an Honor 10 SIM Free or via a contract deal. Buying SIM free means that you will receive the handset alone, usually with an upfront payment for the device. After that, you're free to purchase a SIM deal separately, which can be a good way to make savings – but not all the time.

Contract deals tend to bundle together the phone, SIM, and a quote of data or calls. When you add all of this together, it can come to less than the cost of a SIM Free phone plus the various essentials, so it's important to compare as many deals as possible. It's also worth keeping in mind that contracts often come with generous upgrade perks, which is often cheaper and more convenient than selling or trading in an old handset for a newer model. So there are no rules about which is best – just a constantly changing variety of deals. As ever, hotukdeals is the place to find the best Honor 10 deals.

Unfortunately, Honor isn't very forthcoming with information on this topic, which isn't an encouraging sign. Most mobile phone manufacturers clearly state which standards their phones meet, giving buyers clear information about how water resistant their devices will be.

This is strange, as users have tested the Honor 10 in demanding situations, and the phone doesn't do too badly. It stands up to submergence in water reasonably well, although testers have noted that water does seem to enter the phone's SIM tray very easily. This suggests that, over time, the Honor 10 could suffer from water damage, and that may be why Huawei has not disclosed the waterproofing grading in its marketing efforts.

Does Honor 10 Have Wireless Charging?

Wireless charging is another up and coming feature that's missing from the Honor 10, and would have been a welcome addition. However, it's worth noting that Honor's designers have provided some of the fastest charging ever seen on a phone of this type, which offsets the absence of wireless capabilities somewhat.

Additionally, Honor has released an add-on called Qi that turns the Honor 10 into a wireless charging phone. It's not the same as a pure wireless model, as it requires the Qi to be plugged into the phone's USB slot, but when the device is plugged in, you can use standard wireless pads to add extra juice to your battery.

How and Where to Find the Best Honor 10 Deals

Originating from the Chinese giant Huawei, the Honor 10 is a genuine contender in the crowded mid-range smartphone field. Mixing a very attractive price point with the kind of cameras social media obsessives adore, it looks and feels like a premium phone – until you see the price tag. Even so, an Honor 10 will cost over £250 in most cases, making it important to make savings wherever possible. Fortunately, doing so shouldn't be a problem.

Before you check any listings, work out what kind of package you are looking for. As we discussed earlier, both SIM-free and contract deals can have benefits. The important thing is to understand your data and call needs, and to find a purchase that suits your financial situation. Sometimes, it's best to pay in instalments to find the cheapest Honor 10. At other times, paying upfront can be a huge money-saver. It's worth taking the time to get the balance right.

When you're clear about what you are looking for, it's time to explore the hotukdeals listings. If you're seeking a Honor 10 cheap deals come up all the time from the UK's leading smartphone merchants. From Mobiles.co.uk and Carphone Warehouse, to Three, Laptops Direct, Amazon, and John Lewis, there should always be plenty of options. Scroll through, compare prices, and pick whatever appeals the most.

But wait. If you really want to make savings, being patient can pay dividends. Waiting until November's Black Friday or Cyber Monday sales or Amazon Prime Day in mid-summer can result in significant savings, and you can use the difference to add data or accessories – allowing you to get more from your Honor 10 smartphone.

Chinese brand Honor is part of a new wave of mobile phone manufacturers that offer premium features and build quality, alongside prices that could make customers gasp. Models like the Honor 10 offer great cameras, excellent battery life, and all of the benefits of a high-grade Android phone, as well as superb value. And at the Honor 10 hotukdeals listings, customers can find this budget phone for the lowest prices around.