Look for Spigen Tough Armour. Something like that with a screen protector is what you want.

Alerts!
Never miss a 'iPhone 8 Plus' deal again!
Receive notifications for all new deals matching this alert!
2 replies
Updated 30th May 2018Last updated 30th May 2018 by Merry000
iPhone 8 Plus
Hey. I want a new phone and I want to go for the iPhone 8 Plus but they are quite pricy... Could anyone advice any good networks with a good phone & sim contract max £30.00 a … Read more

Would you like it with the 24ct Gold body or just the Solid Platinum side buttons? 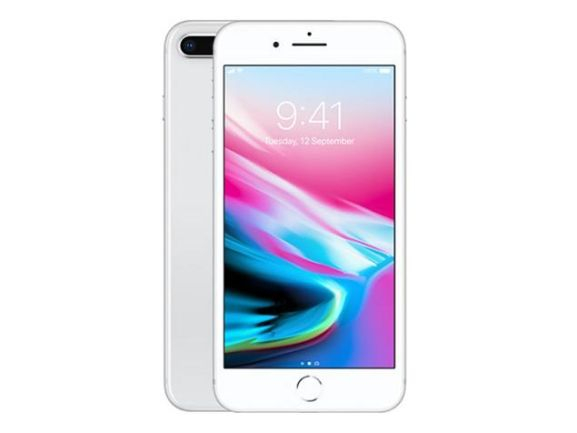 Boasting an extra large 5.5-inch screen, an impressive Retina display, some snazzy improvements to the iPhone camera, and a beefed-up quad-core processor, the iPhone 8 Plus is a fitting addition to Apple's smartphone range.

This buyer's guide looks into what the newest Plus iPhone has to offer, how it relates to the iPhone 8 and the iPhone X, and how buyers can find an iPhone 8 Plus at the lowest prices around.

iPhone 8 Plus: New Mobile for the Tenth Anniversary

The iPhone 8 Plus is one of the 8th generation phones in Apple's massively successful iPhone product line and a direct successor to the iPhone 7 Plus.

iPhones first appeared in 2007, when Steve Jobs sent a ripple of excitement through the tech world as he announced the release of a touchscreen based smartphone device. For the first time, people could use the same device to surf the web, play games, listen to music, take photos and send SMS messages or make calls. It was a genuine tech revolution and created a vast fan base for Apple's mobile phones.

10 years on, Apple's iPhones had changed a lot, but still retained the core look and feel. iOS was faster and better at multi-tasking than before. The phones could take 4K video. Screen size had increased, while the actual thickness of phones had diminished as the internal designs became ever more efficient and sophisticated.

What Puts the “Plus” in the iPhone 8 Plus?

Apple have been producing two versions of their iPhone for a few years now, with standard models and Plus models both being launched at the same time. Ever since the iPhone 6 Plus appeared, the Californian tech giant have offered consumers a choice of a smaller, slightly less powerful standard phone and a noticeably larger version which borders on “phablet” territory -- that is, Plus models tend to be halfway between a smartphone and a tablet.

In the case of the iPhone 8 Plus, you get a 5.5-inch Retina display as compared with the 4.7-inch screen included with its sister phone the iPhone 8. The resolution of the screen is higher as well at 1920 x 1080 pixels compared with 1334 x 750 for the standard model, and the camera is more advanced. With its dual wide-angle and telephoto rear camera, the iPhone 8 Plus has the ability to take some seriously beautiful landscape shots and family portraits.

Another area where the Plus outdoes the iPhone 8 is battery life. You'll get 21 hours of talk time compared with 14 hours and 60 hours of audio playback compared with 40 hours if you go for the larger option.

So, those are the main differences with the standard iPhone 8. However, it's what the two phones have in common that mark them out as a big step forward from the iPhone 7. For starters, they have exteriors made out of aerospace-grade glass. This doesn't just look good and limit their weight, it also enables wireless charging.

Both models come with Touch ID for security, and feature True Tone image processing via their Retina displays. This means that images and text will adjust themselves to make them easier to see in bright or dim conditions, and that the backgrounds of photos are cleverly blurred while the foregrounds are ultra-sharp, helping amateur snappers come up with some stunning images.

Both phones also have a brand new A11 Bionic processor, which whizzes along, making them more capable in the gaming, video streaming, app running, and VR departments, and both iPhone 8 models have excellent battery performance compared with their predecessors.

So it's easy to see why Apple have confidently applied the suffix “Plus” to the larger iPhone 8. It's a level up from the standard model, and a long way from last year's iPhone 7. In fact, the only Apple phone which beats it is the iPhone X -- a 10th anniversary special which has high-end specs (and a very high-end price tag).

Apple iPhone 8 and 8 Plus Unveiled

As usual with Apple iPhones, the iPhone 8 Plus has some very impressive specifications, and true tech fans will want to know all about them, so here's a quick run down of what you need to know:

Apple currently offer two different ways to buy the iPhone 8 Plus: a 64GB version and a 256GB version, where the GB refers to the size of the phone's disk storage space.

The iPhone 8 Plus64GB version is significantly cheaper, as you would expect. That's purely due to the fact that it has less storage space. Aside from that, there are no differences between the two models. The price difference can be as much as £150, so we're not talking about a small issue. What kind of factors would lead you to spend the extra cash for 192GB more space?

Well, there are a number of reasons why you'd opt for the iPhone 8 Plus 256GB version. If you intend to download a large amount of apps or games, you could well come up against capacity constraints if you go for the 64GB version. The same applies to people who take a lot of photos, and those who like to have large audio libraries on their smartphone. 64GB holds around 1,000 tracks -- enough for most people, but not nearly enough for others. So, if you're a fanatical audiophile, go for the larger capacity model.

Videographers are also advised to go for as much storage space as possible. 4K video is one of the iPhone 8 Plus' great strengths, but 4K footage is very memory intensive. If you intend to capture hours of footage, the 256GB model will allow you to do so without worrying about hitting a brick wall when the disk becomes clogged.

However, there are also sound reasons to choose the 64GB iPhone 8 Plus. Most of us don't need that much space for games or 4K footage. And with Apple Music, audio files can be stored elsewhere and called up when we need them. Essential apps like Facebook aren't that space intensive, and for many of us, they are what we spend most of our time on. So if you have minimal data needs, don't be swayed by the 256GB option. You can save cash by downsizing your ambitions, and spend the balance on extra data in your contract or accessories to use with the phone.

Ways to Buy an iPhone 8 Plus

Another key consideration for buyers is how they make the purchase. When it comes down to actually buying an iPhone 8 Plus, you've got a few options, and all of them will pop up at HotUKDeals from time to time. Here's a brief introduction to the payment methods available:

We've already run through a few of the differences between the two models, but it's well worth recapping some of them. For starters, the iPhone 8 Plus has a much larger screen (5.5-inches as opposed to 4.7-inches). That's a lot more real estate for watching Game of Thrones, playing games or just reading web pages.

The iPhone 8 Plus also has a superior camera with telephoto and wide angle capabilities that the iPhone 8 doesn't possess. If you are a camera buff and want to exploit your phone's image-making abilities to the full, you'll want to go for the Plus variety just for this reason.

Travellers might also prefer the battery life on the iPhone 8 Plus. With 20 hours more audio listening time and more gaming, web surfing, talking and video watching time too, the iPhone 8 Plus is less likely to let you down mid-flight.

Then again, there are some big advantages to the iPhone 8. Firstly, it's cheaper -- quite a lot cheaper in some cases. Secondly, it's smaller. The 60g difference might not seem like much in the hand, but if you use the phone for hours on end, you'll notice the difference. The smaller dimensions also make it more portable and pocket-friendly -- a key consideration for some users.

The Plus is great for people who want to stand their phone up as a streaming device and who prefer larger screen sizes. But the standard iPhone 8 is almost as impressive. Sometimes, the decision just comes down to which deals are available. If you see an iPhone 8 Plus at an eye-catching price, go for it. If not, the iPhone 8 is almost as good.

To add an extra element of choice into the mix, some buyers might also want to consider the iPhone X. Released on the 10th anniversary of the original iPhone, the X has a completely new (and huge) OLED display without bezels or a Home button, extremely high-end specs and an amazing contrast ratio. As far as the technical side goes, it's out of this world -- but it's also vers expensive, so it won't be for everyone. 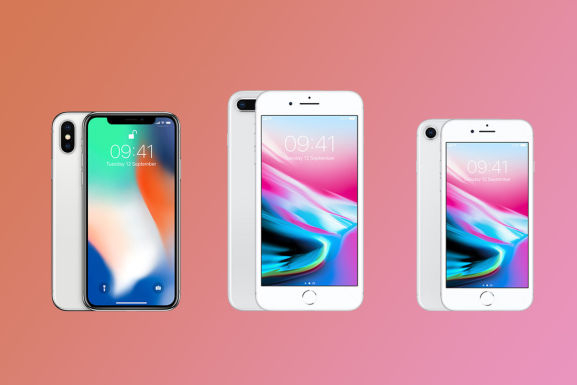 Some Handy Accessories to Buy With an iPhone 8 Plus

When you purchase an iPhone 8 Plus, the range of accessories you buy at the same time really matters. Apple has its own range of add-ons to suit the new phone, while there's no shortage of third party accessories either. Here are some major contenders for your cash:

How to Purchase an iPhone 8 Plus at the Best Price

The 11th generation of Apple's iPhone range is a formidable addition to the smartphone scene, and it comes at the traditional iPhone price. So it makes sense to take whatever opportunities arise to find the cheapest iPhone 8 Plus on the market.

We've had a look at some of the ways to purchase an iPhone, and noted some of their potential pitfalls, but so far we haven't looked at how to actually find the best deals. Well, thanks to the web, doing so isn't hard.

If you want to find the latest iPhone 8 Plus discounts, HotUKDeals is your first port of call. Our iPhone 8 Plus listings aggregate deals from all of the UK's biggest mobile tech merchants, including familiar names like Carphone Warehouse, John Lewis, Currys, the Apple Store, and Amazon. There are also plenty of contract and SIM deals from networks like Vodafone, O2, Three, and Sky Mobile – so the whole iPhone market is covered.

Shop around by browsing the list of deals until you find a device at the lowest possible price. Always remember to total up the initial outlay and the cost of payments, and don't be fooled by low upfront costs. It's the price over the term of the contract that matters.

If you can wait until November, Black Friday is also a great time to order an iPhone 8 Plus. Many leading retailers cut the cost of marquee electronics, and iPhones are always part of the fun. But remember that Black Friday deals are always short-lived. You'll find a digest of the best of them at HotUKDeals, so don't miss out!

Update Your Smartphone with the iPhone 8 Plus Offers at HotUKDeals

Apple's iPhone 8 Plus has an extra-large screen, a beautiful new camera, wireless charging and one of the most powerful processors ever implanted in a mobile device. Overall, it's a worthy successor to the iPhone 6 and 7, and is sure to be another huge hit for the tech giant. Anyone who needs an affordable way to update their phone can do so by consulting the iPhone 8 Plus listings at HotUKDeals.