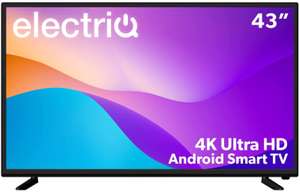 43" TVs seem to be getting cheaper &amp; cheaper.

Wow, there’s a lot of junk in that trunk!

Code didn't work for the wife but did for me. So it's my Tele, not hers lol.

What other TVs can this discount code be used on? 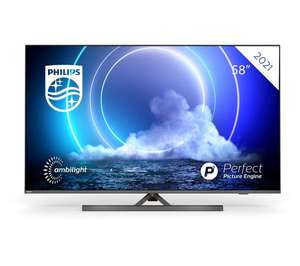 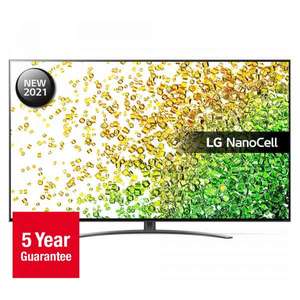 2 in the bedrooms and now replaced my 6 month old Samsung QLED which suddenly died on us in the living room. Never again.. These TV's haven't let us down so far! (strong)

Wow I've never experienced anything like that with these TV's. Sorry to hear but completely different experience for me. I'd recommend them to anyone. Where did you purchase it from? Could it be a faulty batch? I've had my new one arrive yesterday to replace my new QLED and the picture is crystal. My other two are over a year old now and still provide a perfectly clean picture.

Jesus! My 8yr old Hitachi looks better than that ;)

cheers for the picture. It certainly looks horrible

I ordered from AO.com with the 10% code on their site. Could not add both codes for headphones, so called them and they did it over the phone. So £629 in total 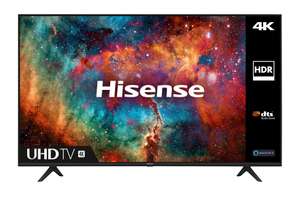 Signed up to the VIP club and was immediately send a code for £10 off my first order too bringing the price down to £259 &amp; a few quid from TCB as well. XD

Like I said,it's a very good Telly the only issue was the Sound which was remedied with a soundbar.

Good warranty from RS... Used them a few times

how has it been for those three years?

Great price. My partner paid similar for a 42inch beginning of last year for a similar model. For the money we can't fault it. 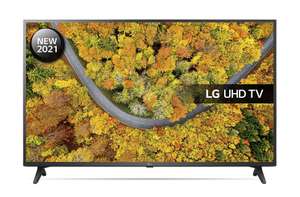 Gone for it for the spare room. Thank you OP. Any recommendations for a reasonably priced mount for it? Thanks.

Anyone use the Bluetooth connection on this for audio out? My old 2017 LG has horrible audio lag over BT in some apps and you can't use the adjustment with anything other than internal speakers. 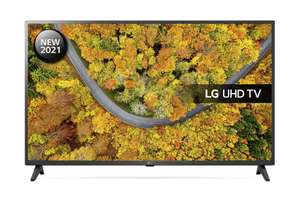 Try back when their telesales are open again, that seemed to be when stock released earlier

No option to add to basket. Guess it’s expired ?

A bit too chunky for a nice wall mounted look.

Traditionally, TV pictures were generated by shining a cathode ray onto a specially treated glass or plastic surface. This meant that TVs were generally unwieldy, heavy and inefficient – and their picture quality was low. Flat screen LED and LCD TVs changed all that when they started to appear in the mid-2000s.

First came LCD TVs, which generated their images using Liquid Crystal Diodes backlit by a fluorescent light source. By 2007, they had surpassed sales of plasma screen TVs and had soon outsold cathode ray tube models as well. LED TVs have emerged in recent years as the next generation of LCD screens.

In some ways, the name LED TV is misleading. The images that viewers see are not created by LEDs within the screen. Instead, the LEDs provide illumination (or 'backlighting') for a liquid crystal based screen and are effectively a replacement for the bulkier fluorescent lights used by older LCD TVs.

Because the diodes can be turned on and off at will, they are able to generate a much more detailed image than LCD displays that are backlit by a single light source. This enables LED screens to achieve exceptional levels of resolution and contrast.

How Does an LED TV Work?

Finding the Right LED TV – Technical Specifications to Look for

Anyone buying an LED TV needs to pay attention to the technical side of their purchase, so that they don't find themselves disappointed. Here are some of the major things to look out for.

Picture Quality – The first thing to remember is that there is a difference between LED TVs and OLED TVs, where the "O" stands for "Organic". OLED devices are the next generation variety of LED TVs, with purer blacks and less blurring than conventional LED models.

The biggest recent innovation in terms of screen resolution has been the introduction of 4K Ultra-HD screens and there are plenty of LED or OLED TVs around that deliver this level of clarity. Some of them even have a curved screen, which promise a deeper watching experience but a lesser viewing angle.

Be sure to check whether the device on offer is 4K ready or just plain-old HD to enjoy the very best visual performance. Movie fans should also bear in mind that Blu-ray discs work best at 4K resolution, so if you are building your collection and you want to have the best quality, an Ultra-HD TV is the way to go.

Next, look at the contrast ratio. This refers to the difference between the brightest white and the blackest black that a TV can produce. In TV adverts, it is shown as a ratio (for example; 100,000:1). Buyers should look for the highest ratio possible. Anything above 4,000:1 is good for standard LED TVs, but OLED TVs are way ahead of the pack in terms of contrast.

Energy efficiency is another thing to check. One of the hallmarks of LED TVs is their low power consumption compared with LCD and Plasma screens. Generally, the savings are between 20 and 40 percent, which translates to a lot of electricity saved over a TV's lifetime.

Edge-Lit or Direct-Lit Screens – Adverts for LED TVs may also refer to the backlight on the screen. All TVs need to create light to show their images. With LED TVs, this backlight is created by the diodes themselves, and there is more than one way to arrange them.

Direct lighting produces a better image with higher definition, but makes the screen slightly deeper and comes with a steeper price tag. Edge-lit models are more common and slightly cheaper, but still generate a higher level of detail compared to LCD screens.

Low Input Lag for a True Gaming Experience – Another thing that might come up is 'input lag.' This is something that gamers need to be aware of, as it refers to the speed at which the TV translates instructions from controllers and consoles into action on the screen.

Often, input lag is higher on more advanced TVs, due to their added processing capabilities. If you want to play games and watch HD TV, check to see whether the TV manufacturer has included a 'game mode' with their TV. This cuts back some of the processing tasks, making games run faster.

Lifespan – Finally, lifespan is a factor for many TV buyers. All TVs age, losing brightness in the process, and LED TVs are no different. Most manufacturers claim that their TVs will last for between 60,000 and 100,000 hours. This might seem like a lot (between 2,500 and 4,100 days) but given the cost of the highest-spec LED TVs, it is worth making sure that your chosen model has the longest possible lifespan. 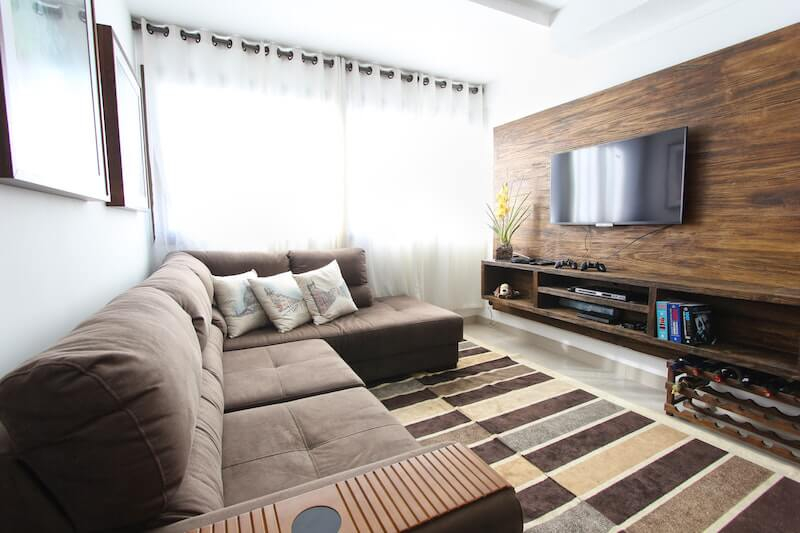 Accessories for LED TVs to Enhance the Watching Experience

There are plenty of accessories that can be used to enhance your viewing experience. For example, some of the most popular are wall-mounting tools. You can choose a flat mount that fixes the screen at a certain angle, or a cantilever-style mount, which provides more flexibility. If you choose a tight fitting to maximise your room space, be sure to leave enough space to attach and remove cables.

Remote controllers are another useful accessory for an LED TV. Individual manufacturers produce their own devices, some of which double up as game controllers. However, there are also many universal remotes on the market that might be better. If you have many devices in one room, like consoles, Blu-ray players, satellite boxes and your TV, a multi-device smart controller e. g. from Logitech or LG is a good option.

For those who opt for a 3D LED TV, specialist glasses are a must. Many of these glasses are designed to fit neatly over ordinary spectacles, but be sure to find a model with a long battery life. Be aware that not all LED TVs generate 3D visuals, so choose one with the right capabilities.

If you want to combine high quality visuals with crisp audio, it might be a good idea to purchase a soundbar or soundbase from well-known brands like Bose, LG or Sonos which adds extra power to your TV's in-built speakers.

Use Your LED TV to Connect to the Web

Some LED TVs can also be enhanced by linking them with the internet. For example, Samsung LED TVs often come with a free connection to the Samsung SmartHub, where people can access TV shows and games, or share their own videos and images via a built-in USB port.

The SmartHub is part of a trend towards Smart TVs. In these set ups, the flat screen TV is bundled with a Smart Box, which provides broadband connectivity. Other TVs already have a build-in hardware that make them smart. 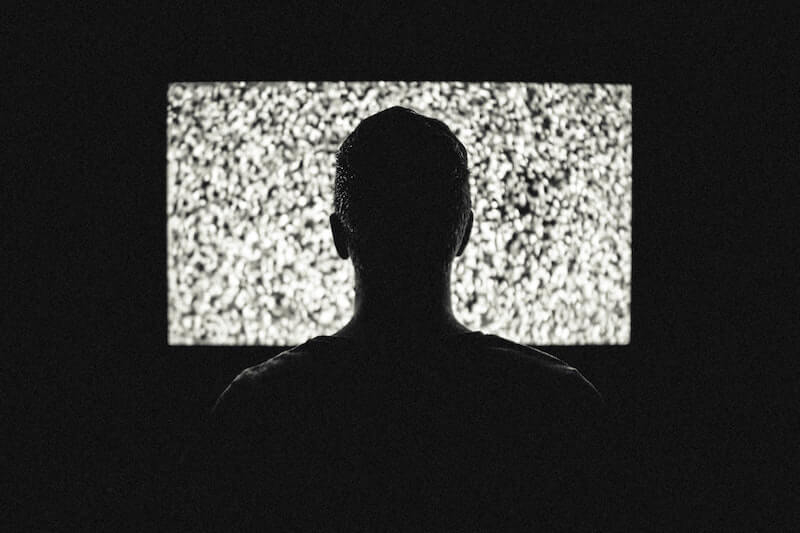 Why Choose an LED TV Over an LCD TV?

Are LED TVs Right for Gamers?

Gamers look for a number of things from their TV. On one hand, having the largest possible screen area is important for multi-player football or first person shooters, and it creates an immersive atmosphere for RPGs. If you can afford it, a high-end LED TV will have a large enough screen to provide the experience you are looking for.

However, there is no point having a huge TV if the input lag means that games run slowly and unresponsively. There is nothing more frustrating than being killed in a shooter due to a moment of lag.

Thankfully, gamers can balance picture quality with low input lags by choosing the right LED TV. Models from major brands like Samsung and Sony manage to deliver excellent contrast and resolution, without sacrificing on speed. You can find them from merchants like John Lewis or Currys.

If you do have access to input lag figures (not all manufacturers release them, and they aren't always accurate) look for something below 30ms. Often, this requires an expensive LED TV, but there are more affordable options. But don't settle for a high lag model, as your gaming experience will inevitably suffer.

Gamers should also check that their LED TV has enough HDMI ports to connect with their consoles and satellite boxes. Not all TVs are optimised for gamers, so ensure that the required connections are present to avoid disappointment. 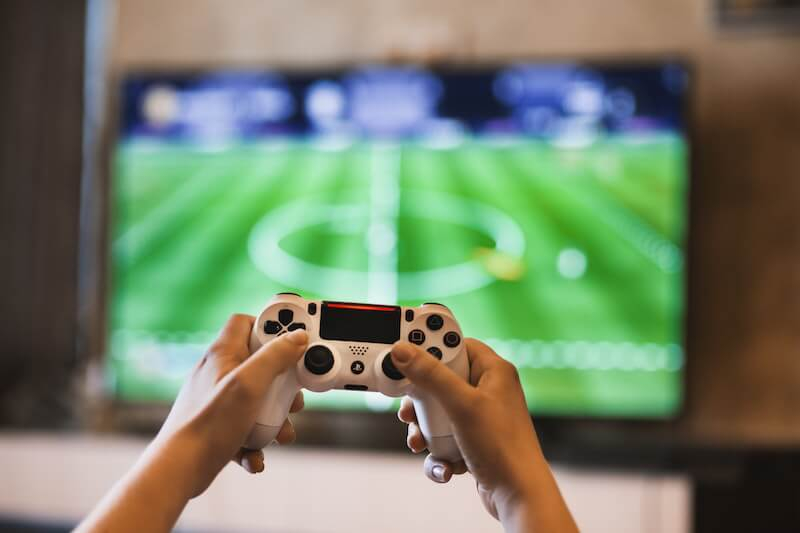 LED TVs: The Pros and Cons

Before you make up your mind about purchasing an LED TV, it's useful to recap some of the advantages and disadvantages of the technology. 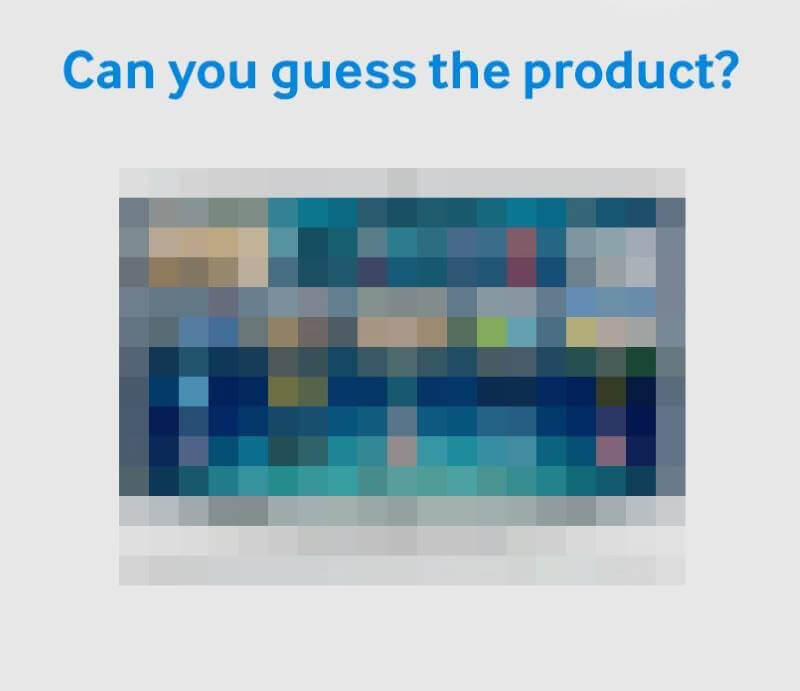 LED TVs are not as cheap as LCD TVs, so it makes sense to keep track of deals from major electronics retailers, and to capitalise on sales if possible. Every year, Black Friday (in late November) represents a great opportunity to snap up LED TV bargains.

However, discounts become available all year-round, and with the popularity of advanced LED TVs rising so fast, prices are starting to fall dramatically. So keep an eye on the deals from merchants like Currys, Amazon, John Lewis and Tesco, all of which offer big discounts on leading LED TV brands like Samsung, Sony, Panasonic and LG.

Whenever you choose to buy a new LED TV, you can find big discounts at the HotUKDeals LED TV pages, we help you find the best LED TV at the best price.