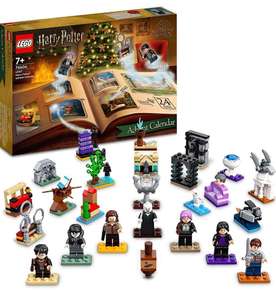 202°
Made hot 3rd JanMade hot 3rd JanLocalLocal
LEGO Harry Potter Advent Calendar 76404 £15 @ Sainsbury’s Hamilton£15Sainsbury's Deals
Reduced to clear in Sainsbury’s, checked with the staff again and they said it should be nationwide. This was Hamilton Sainsbury’s and there were at least 4 on the shelf. 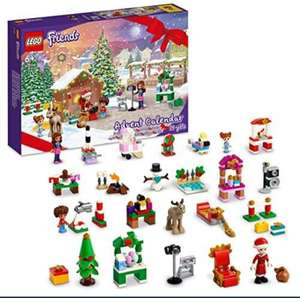 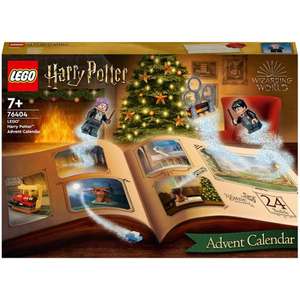 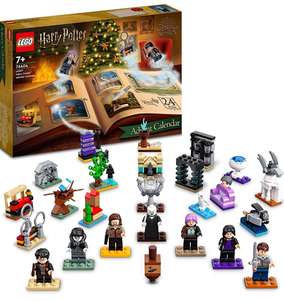 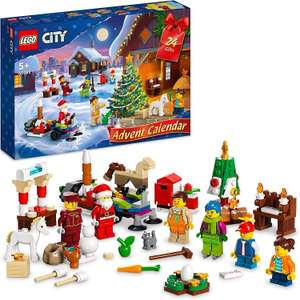 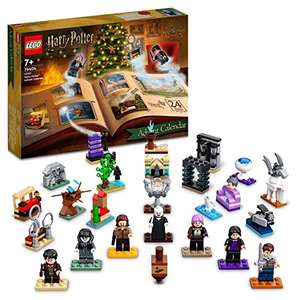 Behind each door of these advent calendars is a minifigure or a small buildable piece of Lego. These include vehicles, seasonal items and accessories. Each calendar belongs to a different Lego theme and contains models relating to it. There are twenty-four gifts in all to cover each day from the 1st December up to Christmas Eve. One of these advent calendars can be a great buildup to a bigger Christmas gift from the Lego collection when the big day finally comes. 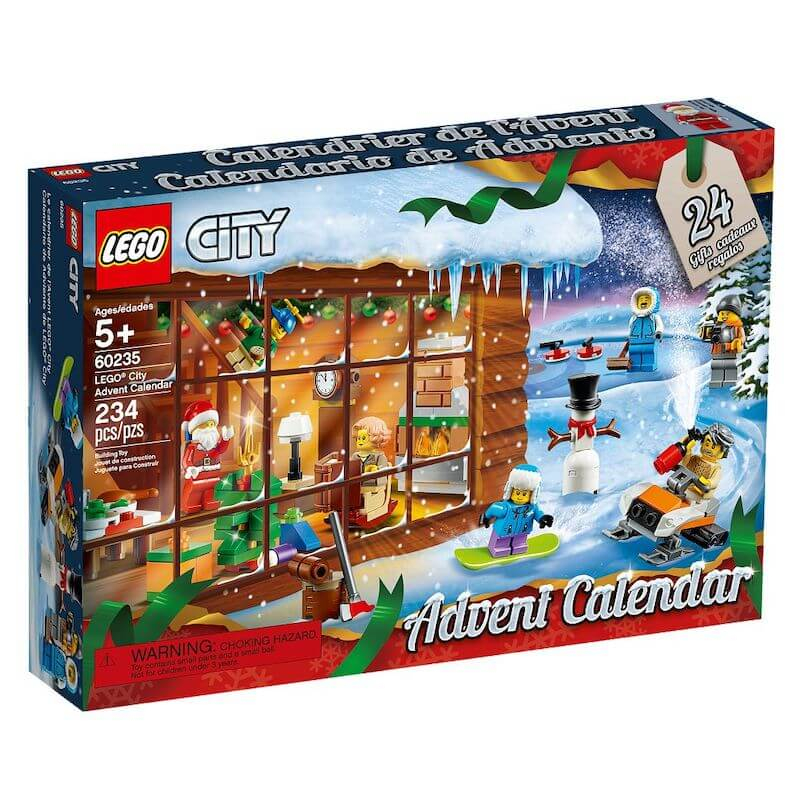 A Short History of the Lego Advent Calendar

The first Lego advent calendar was launched in 1998 and made up of basic Lego items. Along with a Santa Claus-themed minifigure, they usually contain a couple of small structures, animals and vehicles. These can be placed together to create one large set. By 2001 the more complex Lego Creator advent calendar was released, followed by a Clikits calendar in 2004 and the Lego City version in 2005. Since this time Lego has released multiple advent calendars, the most popular of which are Lego City and Lego Star Wars.

Typically included in each Lego advent calendar is set of miniature figurines that suit the theme of whichever advent calendar you bought. There are a range of themes available, which we explore a bit further on in this buyer's guide.

You'll end up with 24 separate Lego items each day that you can add to your existing collection. What you don't get is larger pieces that you gradually assemble together, which is what many might expect as this is how Lego sets usually work. There is still some minor assembly involved in putting together each of the 24 pieces, although nothing more than putting together around 10 bits of Lego together. This makes for a nice little bit of fun during the Winter mornings – but don't expect to have a big complex Lego project to invest into each day or a big piece that comes together at the end.

2 Things To Consider When Buying a Lego Advent Calendar

With such a wide range of Lego Advent calendars available, it's important to think a little bit about which one you should buy for yourself or for your child, niece or nephew. While it may not make much of a difference to you which advent calendar you can buy, for someone who is young and passionate about Lego, buying the wrong calendar could cause an upset.

Of course, it's not rocket science. There are basically two things to consider when buying your Lego advent calendar: 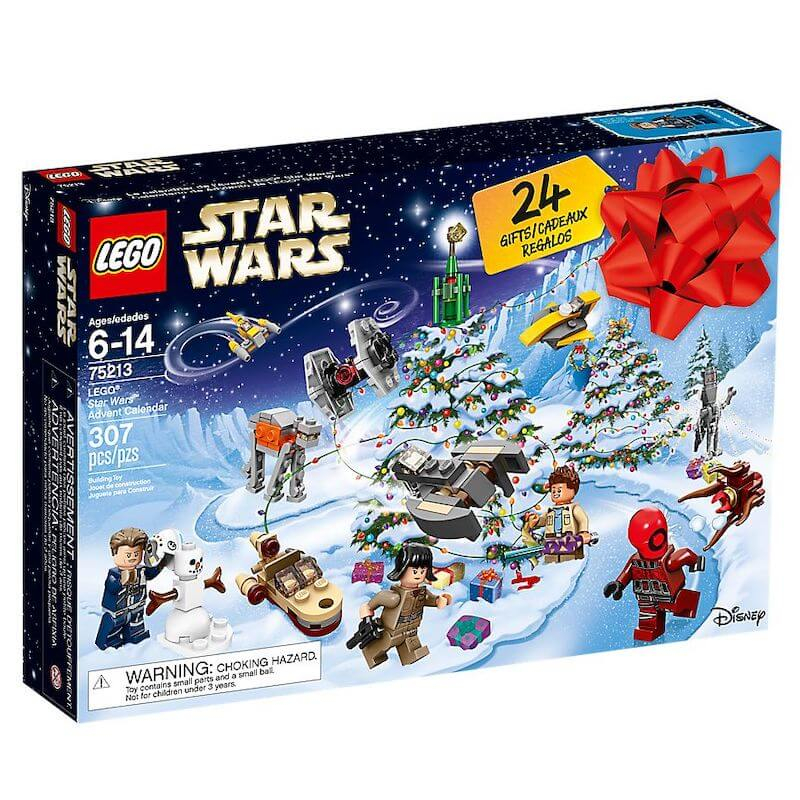 Which Lego Advent Calendars Are Available in 2019

Lego tends to rotate the line up of advent calendars that it releases each year. Series with a major release coming out are far more likely to feature in the line up than those that have no release due this year, although there are a few old reliables that tend to get a release each year.

There are 4 different Lego Advent Calendars available to buy for the 2019 Christmas Season, with some notable series like Lego Batman and Lego Marvel not making the cut this year. Let's take a look at each one in detail: 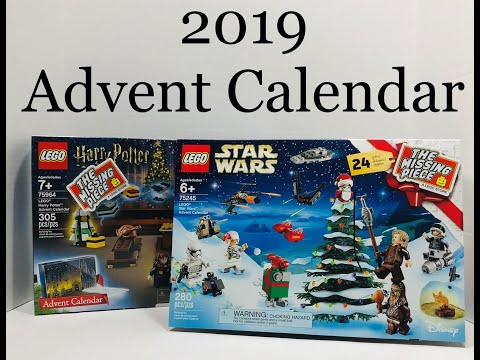 Lego advent calendars are uch more expensive than standard advent calendars, so what makes them so popular with children and adults? For most kids, getting a new toy each day adds to the excitement of waiting for Christmas, but for collectors, each calendar offers the chance to get hold of rare minifigures and parts. Some are completely unique to a certain calendar. These include the Santa Boba Fett and the Porg with a Christmas hat in the Star Wars version, and the Friends minifigures in unique winter outfits in that version.

In some themed calendars including Star Wars, Harry Potter and City, there are six or more minifigures, most of which are unique to that set and won’t be reproduced elsewhere. Collectors can put these with their existing figures and sets to make an original display. The same is true of the accessories in a Lego advent calendar, as most are unusual and cannot be obtained separately through the Lego store.

If you do buy the calendar for a child who eventually loses interest, it’s worth remembering that as these figures are rare, there is a definite resale value attached. Along with eBay, Bricklink is a great place to find a Lego advent calendar sale and also to sell rare figures. Although it’s based in the USA, there are UK sellers on Bricklink which ask less for postage. 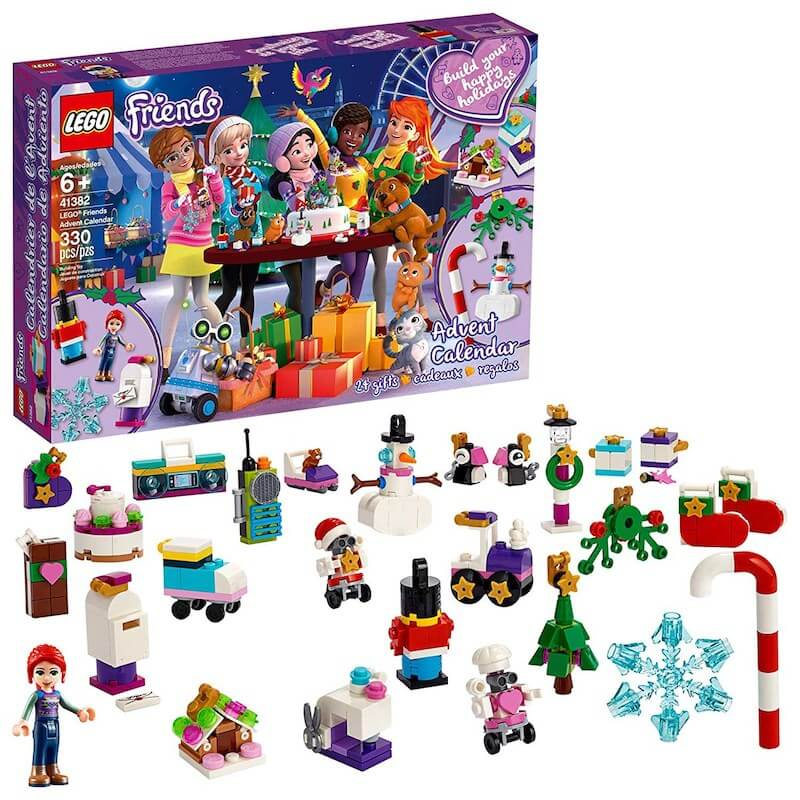 What Are the Pros and Cons of Buying a Lego Advent Calendar? 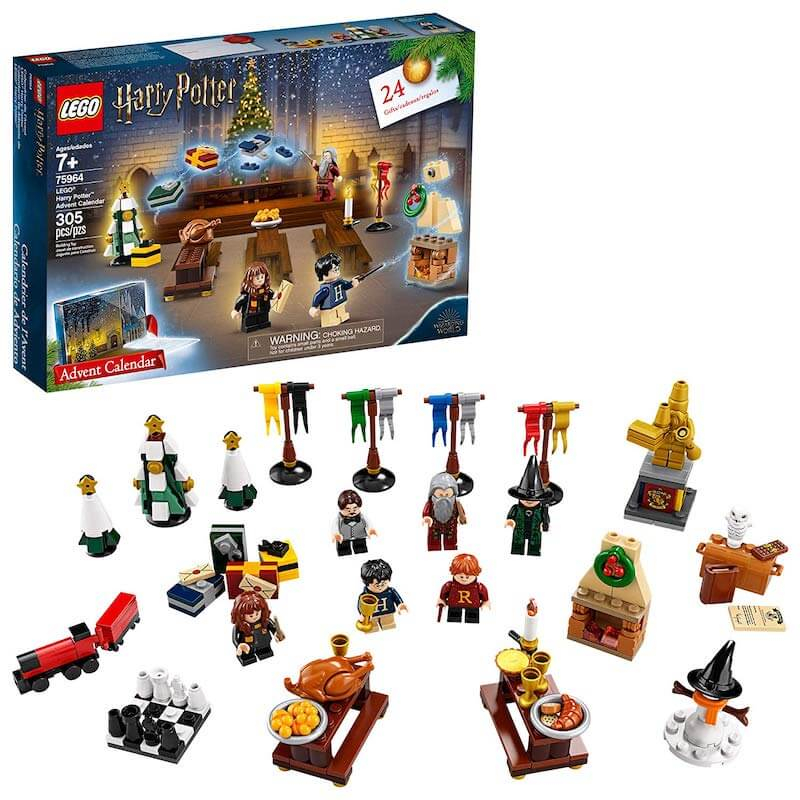 Where And When To Buy a Lego Advent Calendar in 2019

With most lego items being sold by the same standard resellers, you're unlikely to find great price difference between them. You may get luck with a sale though. You can shop for Lego advent calendars at Asda, Tesco and John Lewis, as well as Amazon, eBay and Argos.

Like most advent calendars the Lego versions are released in the run-up to Christmas, some years this can be as early as August. This tends to be the most expensive time to buy, as shops are in no rush to sell Christmas items. Another good time to shop for cheap Lego advent calendar offers could be at the end of November, during the Black Friday weekend. At this time stores are hoping to attract as many Christmas shoppers as possible. Lego advent calendars could be reduced by up to 30%, so they can be sold before 1st December. Check the Lego Black Friday page for deals which often include limited-edition extras. Finally, you can also find reduced Lego advent calendars after December 1st (as this is the first date on the calendar) and in the weeks after Christmas. Waiting this long for a specific calendar can be a bit of a gamble however, as they tend to sell fast.

For any fan of Lego (be they young or old), a Lego advent calendar is something that will be sure to brighten up those gloomy Winter mornings and build up some extra excitement for the Christmas giving season. There's no need to break the bank when buying one of these advent calendars, you'll find all the latest deals and offers on them right here on the hotukdeals listings.