All Need for Speed: Payback Discounts, Offers and Sale - October 2022 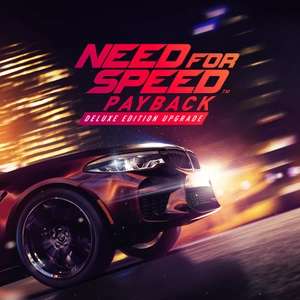 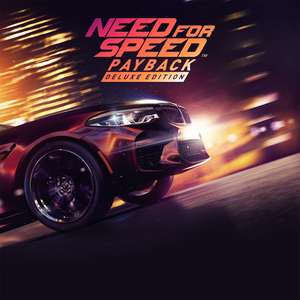 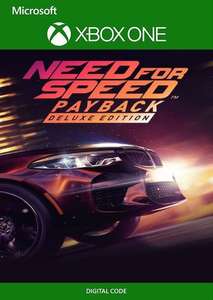 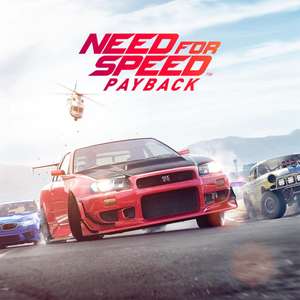 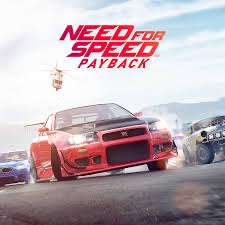 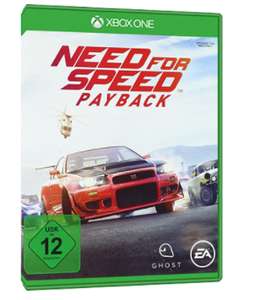 Need For Speed Payback: Fast Racing for PC, PS4, and Xbox One

Developed by the Swedish outfit Ghost Games and marketed by legendary publisher Electronic Arts, Need for Speed: Payback is the latest in one of the gaming world's longest-running driving franchises.

The latest Need For Speed (NFS) instalment was first made available for Microsoft Windows PCs, Xbox One, and PlayStation 4 consoles in November 2017, and quickly became one of the year's most sought after driving titles.

If you want to get behind the wheel of the world's most powerful supercars and experience truly high-octane virtual racing, there's no better way to do so, and you can get hold of NFS: Payback for less by shopping with hotukdeals. But before you make a purchase, let's find out more about why the racer is worth your money and the different ways to buy it.

A Brief History of the Need for Speed Franchise

If you aren't familiar with Need for Speed, you've missed out on 20 years or more of adrenaline-fuelled racing action. When the first instalment hit the shelves back in 1994 it was a revelation. With its accurate weather changes, good-looking 3D graphics and sheer impression of speed, NFS laid down a marker for all subsequent road racing titles.

Unsurprisingly, plenty of sequels and add-ons followed, as Electronic Arts realised they had stumbled upon a winning formula. Updates like Hot Pursuit (from 1998) added elements like police pursuits, while High Stakes (1999) added an engaging career mode to build up your skills.

The series made a big leap forward when Underground appeared (in 2003), introducing the setting of Olympic City, which was used to create a series of street racing courses. It also introduced a wide range of tuning options to customise vehicles, just like real-world racers.

Titles like Most Wanted (2005) added a story mode into the mix, as players competed against a succession of bad-ass opponents, while Undercover (2008) flipped things around in an original way, putting players in the role of undercover cops trying to outwit criminal drivers.

In 2015, the franchise underwent a full “reboot” for next-generation consoles, with a new version of the original Need for Speed released for PS4, Xbox One and Windows. Payback arrives as an effective sequel to the rebooted title, with the finest graphics ever seen in a Need for Speed release, and plenty of other gameplay features.

Just like every other Need for Speed title, the gameplay in Payback is all about driving. NFS tends to keep things as simple as possible, focusing on providing a wide range of cars, which we'll go into later, and the most exciting in-game driving experience, instead of adding complications around the edges.

This time around, the gameplay for Need for Speed Payback takes place in a city called Fortune Valley and it unfolds in real time, with days and nights. Players have three characters to control, and all of them take part in a series of stunts or contests, driving forward the central narrative.

The storyline itself involves your crew having to navigate the complex racing scene in Fortune Valley, with various escape missions, stunts and races for cash, along with cut-scenes, which explain how every challenge fits into the bigger picture.

In the process, players have the chance to take control of a variety of cars and negotiate diverse courses, all of which look stunning and feature interactive scenery such as crash barriers. While the cars handle realistically, it's not a direct simulation of how supercars or rally vehicles feel. Instead, the game is an arcade romp that doesn't place too many demands on the player's driving abilities.

There are off-road races, drag races and street races, if you can imagine a driving challenge taking place around Fortune Valley, Ghost Games have probably included it, and this results in an accessible, never-boring collection of missions. 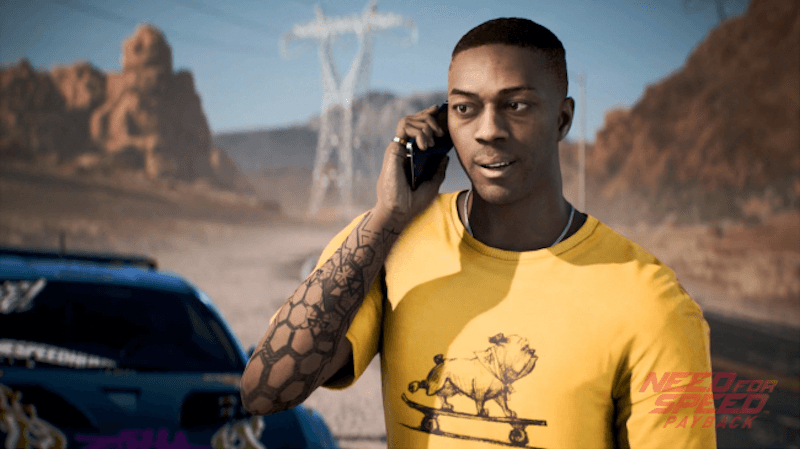 For some gamers, the real attraction of games like Need for Speed is the contents of the car list, so here's a quick rundown of what to expect when you hit the asphalt in Fortune Valley:

A few of those cars are simply starter cars for races, but can be taken over at some stage, and a couple of the retro Chevrolets appear as derelicts. Almost all of them come with a price tag based on the in-game currency, which you earn by winning races. And you can beef up the amount you earn by combining race wins with pre-game bets (although losing cash is always a possibility). 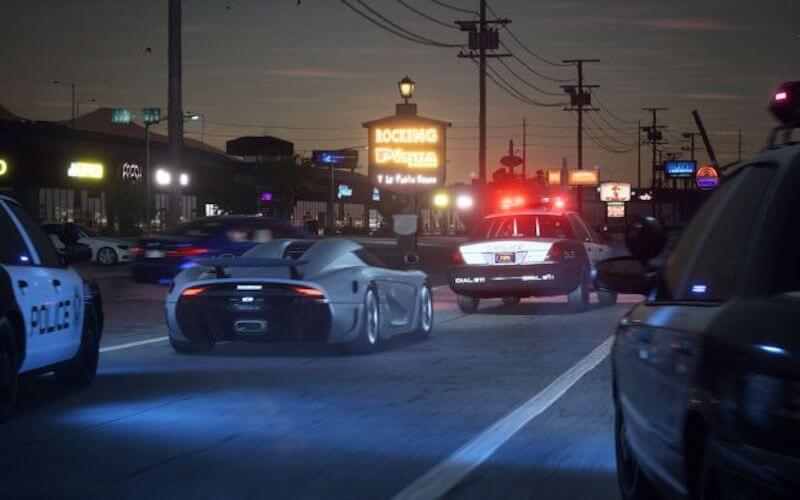 While sales have been positive and the new NFS title has a big following across the world, the critical reception has been fairly mixed.

For example, IGN gave the title 5.9 out of 10, calling it “one step forward and two steps back.” They praised the story mode, which takes around 17 hours to complete, quite long by modern standards. But they didn't like the fact that Ghost Games had removed many customisation and tuning tools from the earlier reboot. And the reviewer wasn't persuaded by the actual action, noting that many of the most spectacular scenes were just that, played out by the computer instead of involving active gameplay.

Trusted Reviews responded in a similar way. They enjoyed the thrill of racing and the technical proficiency of the programming, and complimented the visuals as well, calling the new NFS “fast, exciting and often beautiful.” But they weren't excited by the storyline and they found the need to earn speed cards to improve your car pretty frustrating.

Generally speaking, some people loved the game, while most people have been neutral. Metacritic gives Payback 60 on the PS4, 60 on the PC and 61 on the Xbox One, so there's broad agreement about where it stands. 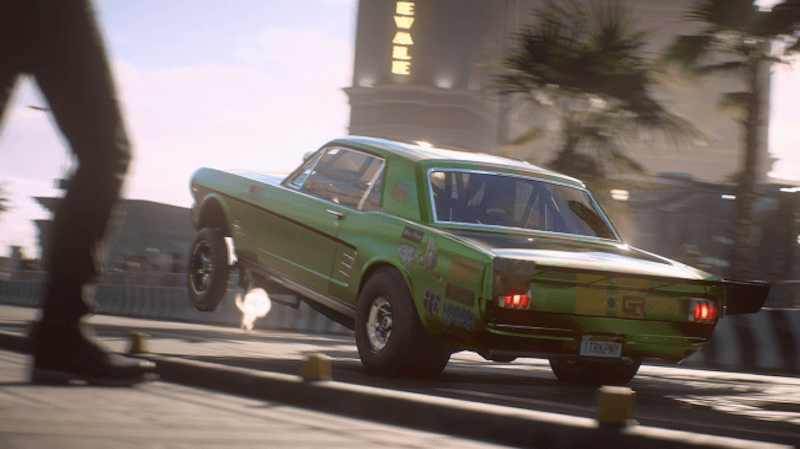 If you like the idea of testing your driving skills against Fortune Valley's finest and turning your humble car into a souped-up supercar, NFS: Payback is the game for you. There are a few different ways to get hold of Payback, including:

As usual, next-generation racing games like Need for Speed require some advanced specs for PC users, so make sure your system complies with EA's minimum and recommended specs before you take the plunge:

Need for Speed Payback features an online world, which runs alongside its story mode and allows players to engage in races against real-world opponents. Known as “speedlists”, these competitions include as many as 8 players and range over more than one event. In every event, players earn points depending on where they finish, and these points are added up to produce a final ranking.

As you race more and more in the multiplayer mode, you'll also build up a rank which helps to match your skills and car against people at a similar level, although you should be able to start off by competing against novices just like yourself.

When you win or place highly in speedlists, you'll also earn money to spend on car improvements. And it's worth noting that there's an “underdog bonus” if you race in a less powerful car against opponents with better vehicles, but that's really only for highly skilled racers. 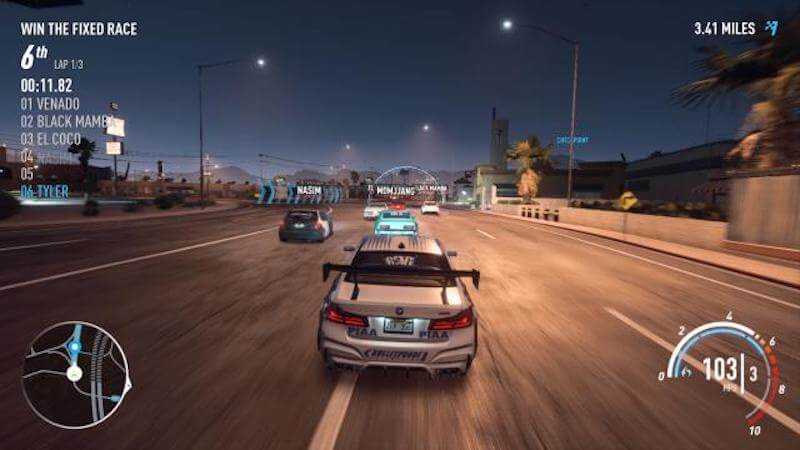 Since releasing Need for Speed: Payback, EA have also released a patch for the original code, smoothing out some problems that early players had encountered. If you have the game, it's advisable to make sure that you get the patch, as it can prevent the game from crashing at certain points. For a full list of the benefits, check out this list.

Players can also expect a few DLC updates in the near future. For example, the Speedcross Expansion Pack has already been announced, adding plenty of high-powered speedcross vehicles to the mix. And more additions are likely, so stay tuned.

Need for Speed Accessories and Merchandise

Need for Speed is a cult franchise, having built up millions of followers over the years, so there's plenty of merchandise associated with the series. For instance, if you're looking for NFS branded apparel, merchants like RedBubble have a wide selection, along with NFS-themed smartphone cases and even coffee mugs.

You might also be able to enhance the in-game experience by purchasing the right accessories. If you're a PC player, the game supports gamepads, including the Xbox controller. If you haven't already done so, you can find out how to set one up on your PC here. If you were planning to rely on the keyboard instead, it's worth considering setting up a joypad, as it really makes the game easier to handle. 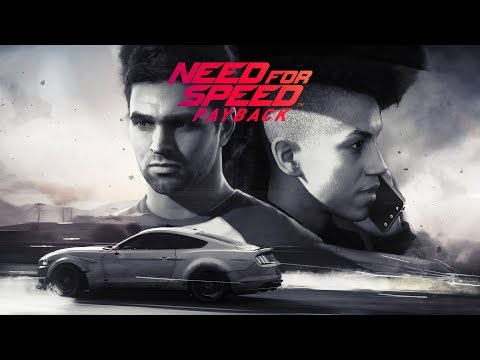 How and When to Get Hold of Need for Speed: Payback

With its mixture of a seamless story mode, fast-paced challenges, exploration and multiplayer competition, Need for Speed: Payback is up there with the finest racing games of recent years. But it's not cheap, particularly when you buy the Deluxe Edition.

Then again, there are plenty of ways to cut the cost of exploring Fortune Valley if you want to take the wheel of the world's fastest supercars.

First off, check out the hotukdeals listings to see if there are any good deals for the Standard Edition and upgrade packs. If not, check for the Deluxe Edition and compare prices. Sometimes the price of buying the upgrade separately will be less than the Deluxe Edition, but that's not always the case. So do your homework with our easy to use deals database.

When you come to make a purchase, be sure to consult hotukdeals listings, where you'll find all of the latest Need for Speed: Payback deals. Our members are posting up discounts from all of the UK's biggest gaming merchants, from GAME and Amazon to Tesco, AO.com, Asda and Currys PC World. If it's on offer and in the UK, you're sure to find it.

Also think about when you buy the game as well. In November, Black Friday and Cyber Monday see the prices fall through the floor. January Sales is also a good time to have a look around for games as well. By timing your purchases skillfully, gaming can be incredibly cheap, so check back with us when sales events come around.

Take Control of the World's Fastest Cars with Our Need For Speed: Payback Deals and Offers at hotukdeals

Boasting a seemingly endless list of supercars and a huge world to explore, Need for Speed: Payback offers some of the most exciting racing action PS4, PC and Xbox One owners could hope for. Whatever your taste in high-performance vehicles, get behind the wheel for less by purchasing the title from the hotukdeals Need for Speed: Payback listings.