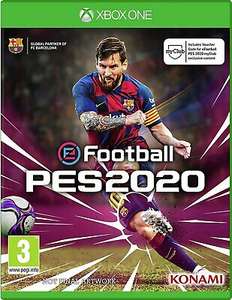 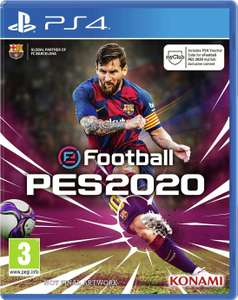 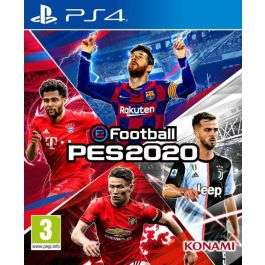 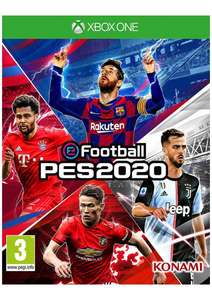 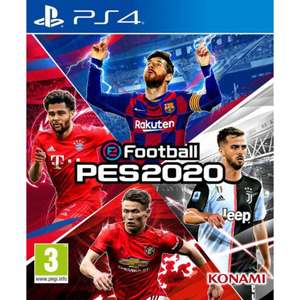 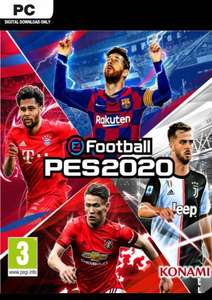 PES 2020 was released on 12 September 2019, with versions for PC, PlayStation 4, and Xbox One Consoles. As usual with PES games, the 2020 edition features several refinements on the decades-old formula, and updates little details to reflect changes in the football world. But is it the football game you need, and should you choose it over Fifa 2020?

This hotukdeals buyer's guide will shed some light on the choices on offer. We'll look at how PES works, what separates it from FIFA, and different ways to purchase a copy of the game. And we'll round things off by detailing a few ways to find unbeatable PES 2020 deals. But before we kick off, let's warm up with a quick trip into the history of the franchise. 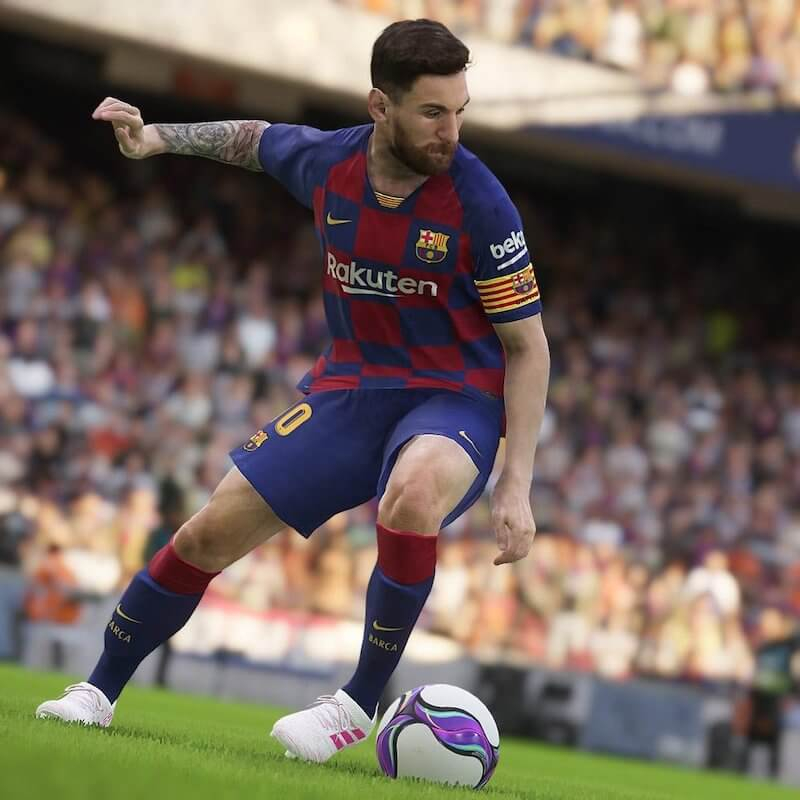 How PES Became One of the Big Two Football Gaming Franchises

Pro Evolution Soccer first appeared in 2001. Seeing a few chinks in the armour of FIFA (which was dominant at the time), Konami sought to offer a more realistic, graphically-impressive option for PlayStation-owning football fans. Fortunately for subsequent generations of gamers, the coding team hit the jackpot, attracting rave reviews for the game's graphics, commentary, and general sense of immersion in the footballing experience.

After that, new titles arrived on a more-or-less annual basis. Some were huge successes, while others (like PES 2) weren't so well received. At all stages, Konami had to compensate for failing to outbid EA for the rights to Premier League naming rights – which has meant that familiar team names are regularly transposed into “city names”. The label's solution was simple: keeping PES one step ahead of FIFA on the technical front, ensuring that it remained the franchise of choice for serious soccer fans.

A new, faster graphics engine hit the pitch with PES 3, the Master League mode was refined and improved with PES 4, while the difficulty rating was ratcheted up for PES 5. By that stage, versions were being created for Xbox 360 and PS3 consoles, PCs, and even Nintendo DS systems, as PES fought it out with FIFA.

Since then, every year has seen the basic PES formula tweaked and improved, especially in the AI field, where Konami have constantly bested EA's developers. Smartphone versions appeared in 2017 as well, extending the fun to commutes and plane journeys. And from 2010, the franchise also secured the all-important right to use Champions League branding – another major coup over FIFA. 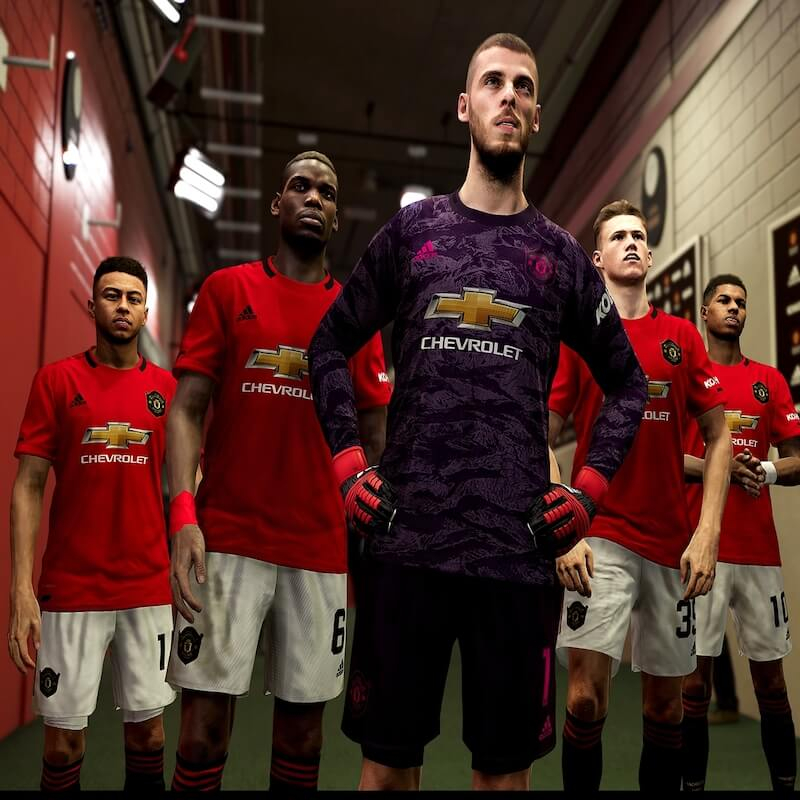 As you'll probably know by now, PES is a 3D football game, with joypad control and the opportunity to pull off some spectacular moves. But it has plenty to offer beyond this standard core. Here are some features that the latest PES instalment brings to the table:

As ever, players can choose multiple game modes when playing PES 2020: 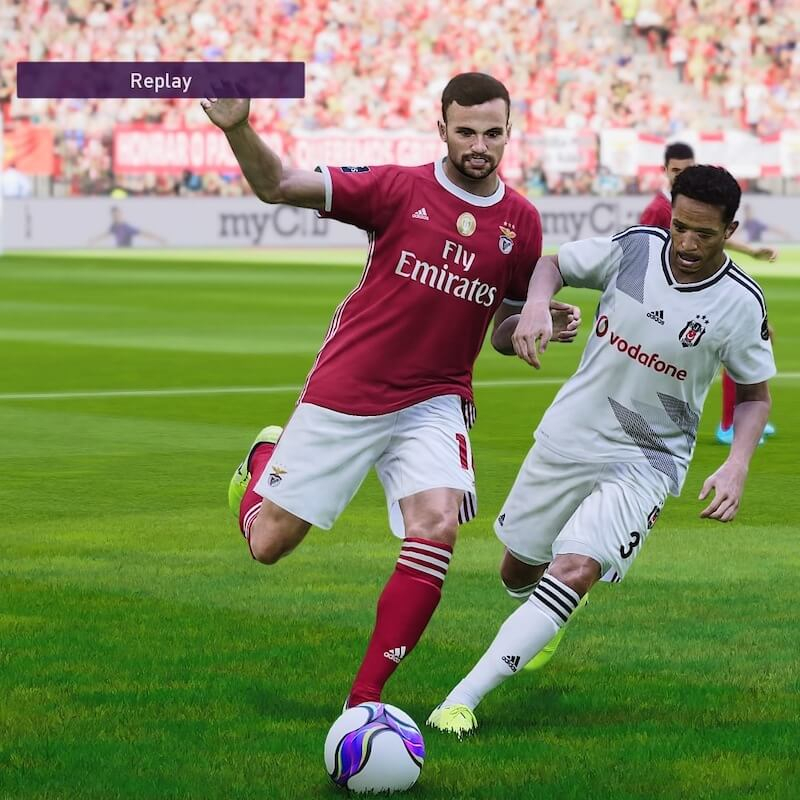 Of course, players can also fire up the game and play one player matches against the computer AI. When put together, all of this means that PES 2020 offers a blend of multiplayer action, one player training, and in-depth career modes. But is anything important missing?

Well, there is one major omission relative to PES 2019. If you're wondering will PES 2020 have Champions League options, the answer is no. Unfortunately, Konami lost out in the Champions League bidding rights, although similar (but unbranded) competitions are available in the game.

If you want to get hold of PES 2020 PS4, PC, and Xbox One versions are all available. Whatever format you are looking for, the same set of editions should be available:

If you're wondering how to download PES 2020, doing so is easy. Just head to the Konami website and choose your platform from the menu provided, submit your payment details, and choose the digital download option. Alternatively, the game can be downloaded directly from Steam.

Some gamers may also be wondering about the question is PES 2020 coming to Switch? If you're a Nintendo owner, the news isn't good. There are no plans to release PES 2020 on the Switch console, so you'll have to stick with FIFA instead. 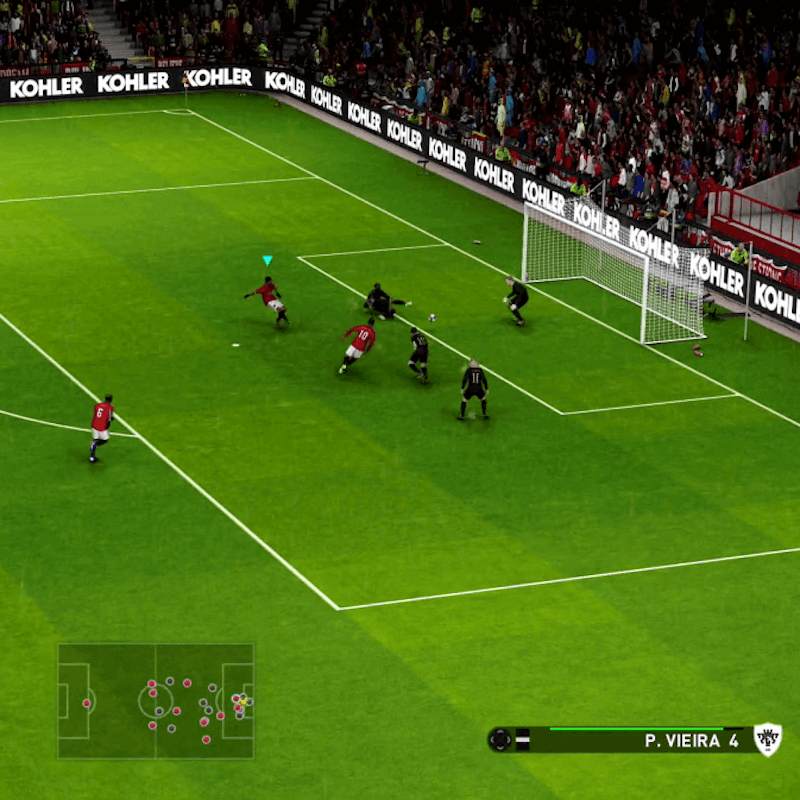 All PC games come with minimum and recommended specifications, and PES is no different. Before buying, make sure that your PC meets these requirements, to avoid any disappointment. First, the minimum specifications:

Although no DLC was available when PES 2020 was released, owners of the game will almost certainly be able to expand the enjoyment available with future DLC packs. Konami has announced that a DLC pack will be launched to coincide with the approach of the 2020 European Championships (and the eSports events surrounding it).

This should include added elements for Master League, and all of the international squads involved in the tournament, as well as accurate representations of the venues, and the opportunity to steer your favourite team to international glory. Expect it in the second quarter of 2020.

What have the Critics Said About PES 2020?

Whenever a new PES title arrives, a critical feeding frenzy ensues, as reviewers try to assess the new edition's merits, and whether it measures up to the year's FIFA instalment. PES 2020 review feedback is no different, and it's fair to say that opinion has been very mixed.

Some reviewers have been overwhelmingly positive about Konami's 2020 edition. For instance, Gamespot judged that the game had “hit the back of the net”, scoring highly with its tweaked AI, the ability to create intricate moves at a pace that lets players think, and the highly improved ball control. The magazine also praised the smoothness of PES' animations, resulting in games that “flow” much more naturally than similar titles. And there were more practical improvements to note as well, such as the wide camera angle, which captures the action and gives players maximum visibility when picking a pass.

GamesRadar was just as positive, calling PES 2020 “the most realistic PES to date” and a “faithful replication of the beautiful game”. Critical of previous editions, the magazine highlighted Master League as a major improvement, offering a truly immersive managerial experience. On the other hand, the reviewer wasn't as complimentary about the commentary, which was described as “past its sell-by date.”

However, there have been some dissenters, and it's important to point these out. Eurogamer probably offered the most stinging criticisms, calling PES 2020 “brilliant, but broken” in its review. There was praise for the ball control and animation, but the reviewer focused on some major bugs, such as defender AI mysteriously going absent, allowing strikers to score easily. And, while the camera angles are great, the reviewer found that the system often lost track of where the ball had gone, resulting in confusion.

Do these issues mean that PES 2020 is really “broken”? Probably not. As we've seen, plenty of experts applaud the game, and haven't found that these issues are deal-breakers. And it's likely that Konami will resolve most bugs with updates in the near future. But if you're tossing up whether to buy FIFA or PES 2020, those criticisms are going to come into your thoughts. 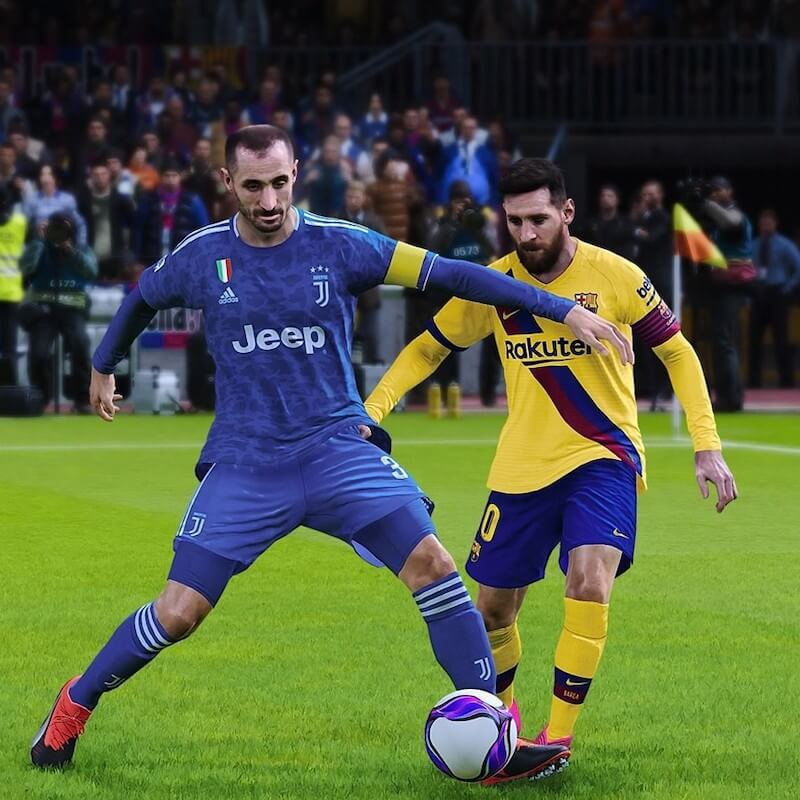 How and When to Find Cheap PES 2020 Products

Pro Evolution Soccer has evolved once again. PES 2020 perfects ball control, adds the most intelligent AI around, allows players to create beautiful passing moves, and features the most fluid player animations ever seen on consoles and computers. Add in Master League and the chance to triumph in eSports spectaculars, and the game offers strong competition to FIFA.

However, as usual with new gaming releases, PES isn't cheap, with even the basic Standard Edition retailing for around £50 (and even more if you add in Coin purchases to get your team off to a winning start). So how can you find PES 2020 cheapest, and save money when building a Championship winning squad?

There are a few other things to think about when making a PES purchase as well. For starters, Coins matter in PES, so if you find deals that bundle in the game with some digital currency, they may be worth looking at. Secondly, if you don't own a PS4 or Xbox One X, PES bundle deals will probably be available. They may include extra controllers and accessories to enhance the PES experience – so keep an eye out for them. Bundles tend to work out much cheaper than purchasing consoles and games separately.

All major UK retailers are featured at the hotukdeals gaming listings, including specialist vendors like GAME, CDKeys and ShopTo. Our listings also cover major supermarkets like Sainsbury's, ASDA and Tesco. So be sure to check for a PES 2020 Tesco price, or for PES 2020 Asda deals before placing any orders.

Finally, time your purchase to find the best prices for PES 2020. Black Friday and Cyber Monday in November are great times to shop, Amazon Prime Day is also prime bargain hunting territory, as are the Boxing Day and New Year sales. And look out for deals as the 2020 European Championships approach. It's a huge part of Konami's marketing, and PES discounts are likely to spike as the competition nears.

Become a Footballing Legend with the PES 2020 Offers at hotukdeals

PES 2020 continues Konami's winning streak, adding all sorts of features to an already hugely successful footballing franchise. Available for PS4, Xbox One, and PCs, the latest PES title lets you manage like Maradona, dribble like Iniesta, and smash in screamers from 30 yards like Ronaldinho. If that sounds exciting, be sure to check out the hotukdeals PES 2020 listings.