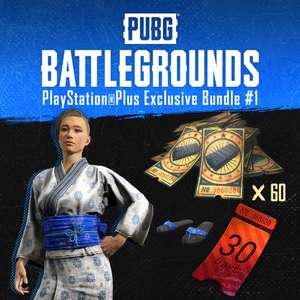 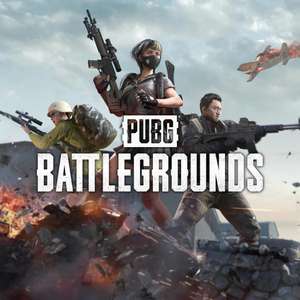 525° Expired
Posted 10th Dec 2021Posted 10th Dec 2021
PlayerUnknown's Battlegrounds - (Steam, PlayStation, Xbox, Stadia) Permanently F2P + Pre-Registration with Freebies @ PUBG (12th January)FREE£13.15
HOW TO RECEIVE REWARDS- You must link your KRAFTON ID to your platform account in order to receive your rewards after the free to play transition on January 12, 2022. - If you do not link … 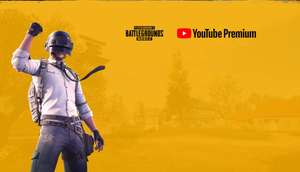 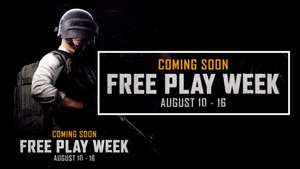 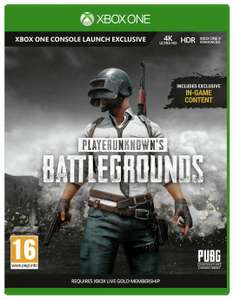 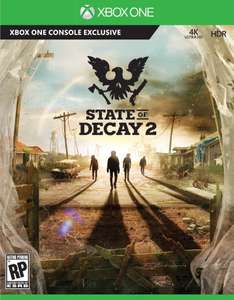 Mixing up elements of first person shooters like Call of Duty with the frenetic action of arena fighting games, PUBG offers an explosion of competitive multiplayer fighting that few other titles can match. Set on a series of huge battle maps and offering a constantly changing fighting environment, the game's official release date was in December 2017 but it has already attracted a huge following.

In fact, the game has become a Steam sensation, breaking records for simultaneous players, with more than 2 million people regularly duking it out on the PUBG maps.

Battlegrounds has been made available as a digital download for Windows, Xbox and smartphone gamers and is marketed by a combination of Microsoft and PUBG Corporation. It's not too expensive, easy to dive into and is constantly attracting more players. So let's find out what all the fuss is about, and how you can get up and running for the lowest possible price. 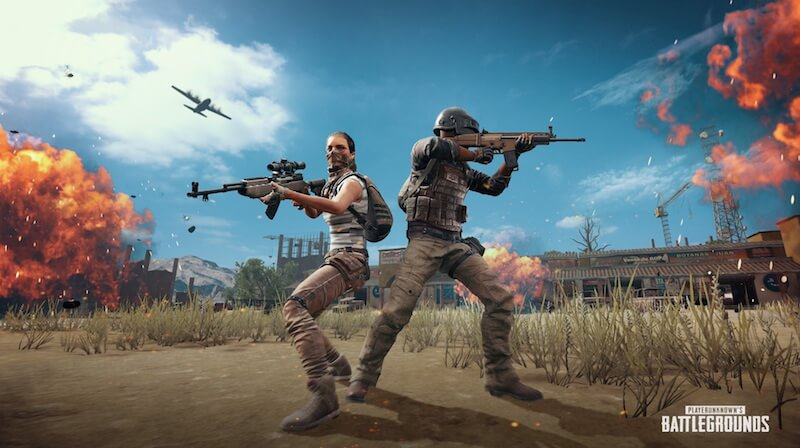 The Story Behind the Release of PlayerUnknown's Battlegrounds

Unlike huge gaming franchises like Assassin's Creed or Half-Life, PlayerUnknown's Battlegrounds doesn't come from a huge corporate development team. In fact, it has a really interesting back story.

The "PlayerUnknown" from the title is actually the alias of a high-profile gamer called Brendan Greene. In the early 2010s, Greene became an avid player of the military shooter ARMA 2, but he wasn't satisfied with the multiplayer side. So he modded the original game, releasing a version called DayZ: Battle Royale.

As the name suggests, the new mod was heavily influenced by the cult movie Battle Royale, in which the characters are forced to square off against each other in a combat arena. It quickly became hugely popular thanks to its frantic action, and Greene was now in demand among gaming developers.

After helping to create the arena fighting titles H171: Just Survive and H171: King of the Hill for Sony in 2016, Greene was brought in by the Korean developer Bluehole to come up with a fully-realised version of his Battle Royale concept. Working via the Bluehold subsidiary PUBG, Greene and his team came up with Battlegrounds around a year later.

In the meantime, the game had generated a huge amount of industry buzz. For one of the first times, a hardcore gamer was piloting a multiplayer title, and players expected great things from Greene's creation. It turns out, they weren't going to be disappointed.

How Does the Gameplay Work in PlayerUnknown's Battlegrounds?

Greene set out to create a Battle Royale variant with several key features. On one hand, the environments needed to be varied enough to prevent players becoming bored (or too familiar) with them. And the gameplay needed to be strategic enough to create a balance of pure fighting skills and mental alertness.

At its heart, however, PlayerUnknown's Battlegrounds is brutally simple, and simply brutal. A group of up to 100 human players are air-dropped onto an island and need to collect items and fight it out to be the "last man standing."

At the beginning of every game, there's a safe space where players can wait and plan their strategy. But this doesn't last forever and steadily becomes smaller, forcing every player out into the danger zone where they have to engage their opponents.

Part of the challenge of the game is equipping yourself properly. Across the map, items like armour, weapons, clothes and even vehicles are randomly distributed, and you'll need to collect the right loot to be able to survive for long.

As the game progresses, along with the safe area shrinking, parts of the map are also subjected to "bombing raids", which act as another incentive to push players into the danger zone. And sometimes, planes will drop loot crates with desirable items - attracting crowds of desperate fighters. The result is a crescendo of action as people come into contact and blast each other away.

As with most first person shooter titles, there's an in-game currency which players receive as a reward for their number of kills and how long they survived. But it's only really used to purchase things like clothes to customise the look of your character, and doesn't change your power or speed. So basically, every player starts at the same level, regardless of their experience. Anyone can win, if they have the courage and skills to succeed.

What Kind of Maps Will You Find in PlayerUnknown's Battlegrounds

One of the core elements of PUBG are the maps that battles take place on. Greene and the team have worked hard to create environments that lend themselves to stealth and exploration, as well as full-on confrontation, while also ensuring plenty of variety. So far, two maps have been released for players to explore: 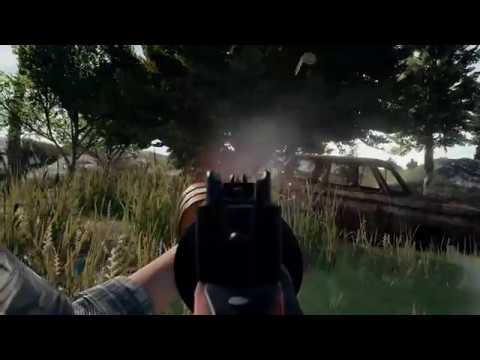 The Critical Reception for PlayerUnknown's Battlegrounds

Since its release in November 2017, PlayerUnknown's Battlegrounds has received a very positive reception among critics, as shown by a Metacritic rating of 85 for the PC version.

For IGN, the game succeeded totally in offering both a bounded game world and plenty of variability, creating gameplay that was both simple to grasp but infinitely complex at the same time. They also loved the way the pre-game lobby allows players to team up and cooperate for greater effect, and handed the title an impressive 9.5 rating.

GameSpot also enjoyed PUBG, praising the pacing of the game, from the tense exploration phase through to the intensity of the final conflict. They also loved the weapons dynamics, with realistic recoil making it hard to constantly hit the target, and sniping much more complex than in comparable first person shooters.

Finally, Polygon were if anything even more positive about PUBG, giving the title 10/10, despite judging that it was "aesthetically bland and prone to technical hiccups." For them, the pure action of PUBG propels it way ahead of the pack and the technical flaws aren't all that important. As they conclude, "Greatness can be, and often is, messy."

However, there have been some critical voices from the public. Commenters at Metacritic have criticised the lag rates on the game's public servers, which can make the game very tough to play. Some have flagged up the relatively low age of most players, which reduces the difficulty level, and others have pointed to possible cheating via what are known as "zero recoil macros."

Then again, ordinary players have praised the game in private mode with a group of friends, even if the public servers haven't caught everyone's imagination as yet. 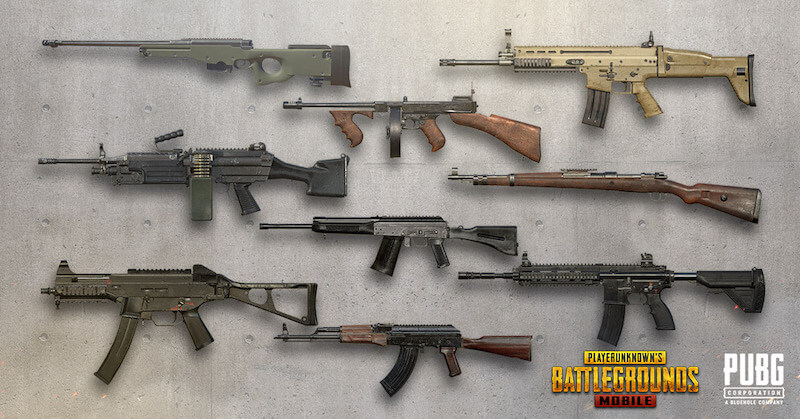 If you're intending to purchase PUBG to play on a Windows PC, it's best to bear in mind Microsoft's minimum and recommended specifications. Speed is always really important with real-time multiplayer shooters, and PUBG is no exception. First off, the minimum requirements:

And the recommended specifications:

How to Stay Informed About the PlayerUnknown's Battlegrounds Community

Part of the beauty of PUBG is its massive online community. With millions of obsessive players located all around the world, there's always plenty of advice to be had about tactics and technical issues, as well as the chance to get together to form teams and plot your strategy.

One of the best places to keep up to date with developments in the PUBG universe is the social site Reddit, which is always crammed with gamers. The site's PUBG pages include handy links to thinks like the anti-cheat patch (see below), along with separate pages for PUBG tournaments. So it's worth signing up and following the thread.

The same applies to the PUBG Twitter feed, which is a great place to track new updates, changes to maps and competitive gaming events which showcase the world's finest PUBG players. 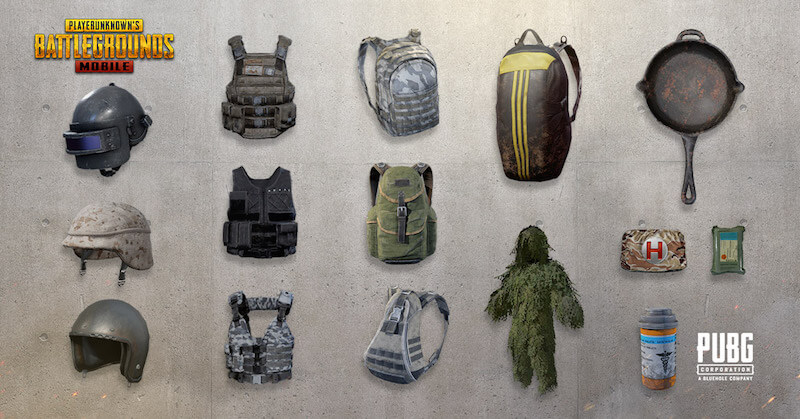 Have There Been Any Updates for PlayerUnknown's Battlegrounds?

In some ways, PUBG continues to be a work in progress. The Windows version may have received a full release, but it continues to be refined by the developers (something which looks set to continue for the forseeable future). And the Xbox One version is still very much a beta, with plenty of additions before the final release.

This means that the title is constantly receiving updates, and players need to know about these updates to stay up to date. Most of the time, patches and updates will be delivered automatically via Steam or Xbox Live, but if you've missed out, you can check the Patch Updates to see if specific bugs have (or haven't) been fixed.

Look out for a major anti-cheat patch as well. Since PUBG first arrived, players have either used their hacking skills to their advantage, exploiting bugs to give them special abilities, or complained about people doing so. Because of this, PUBG's developers have sought to create a foolproof anti-cheat patch which detects the third-party software which allows cheaters to prosper.

How to Buy PlayerUnknown's Battlegrounds and Save Cash

If you're a fan of multiplayer death matches and survival gaming, PlayerUnknown's Battlegrounds is pretty much the ideal title for you. Now could be the perfect time to join the millions of people who made it 2017's biggest PC gaming success. But if you do join the battle, don't spend more than you have to. Instead, hunt around for a cheap PUBG download and save your money for coffee and snacks.

As we noted above, PUBG is available for both Xbox One and PC systems as a digital download, and you'll find all of the UK's best download offers at the HotUKDeals PlayerUnknown's Battlegrounds listings.

Our listings cover both Steam and Xbox Live, as well as merchants like CDKeys, GAME, Tesco, Currys and GMG. So shop around and pay as little as possible.

If you are thinking about upgrading to an Xbox One X console, the HDR graphics in PUBG will look superb, and you can find bundle deals with the game and the console on the HotUKDeals listings - a good way of saving a bit of cash which could be put towards an extra gamepad or gaming chair.

And if you really want to save cash, think about shopping during big sales periods like Amazon Prime Day or Black Friday/Cyber Monday (in November). That might work out especially well for PS4 owners if the rumoured autumn release of the game materialises, but everyone can save money by waiting for the year's biggest reductions.

Defeat All-Comers with the PlayerUnknown's Battlegrounds Discounts at HotUKDeals