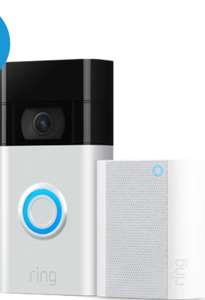 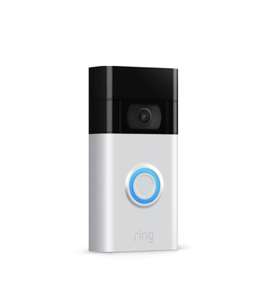 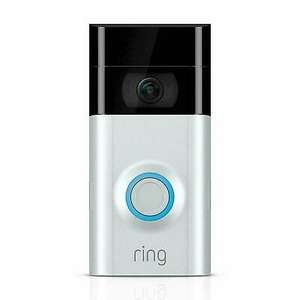 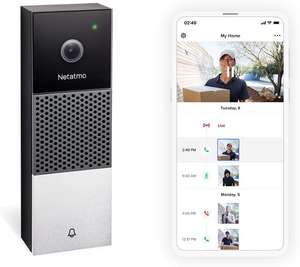 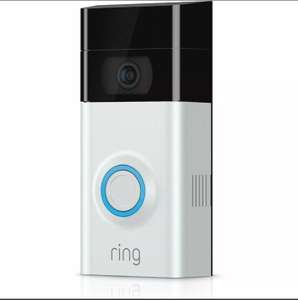 The Ring Video Doorbell 2 is one of the most advanced home security products available in the UK. Capable of providing crisp HD video and sound, this nifty little video doorbell supplements or replaces traditional doorbells, taking access control to another level. If you've ever wanted more awareness about who's at the door, or you're worried about elderly relatives, this could be the ideal product to purchase.

However, the Ring Video Doorbell 2 doesn't always come cheap, and finding deals is always advisable. That's where this hotukdeals buyer's guide comes in. We'll run through all of the best ways to save money on Ring Video Doorbells, discuss alternatives, and introduce a few aspects of how to use this innovative security device. But before all of that, let's take a quick journey into the past, to understand where Ring comes from. 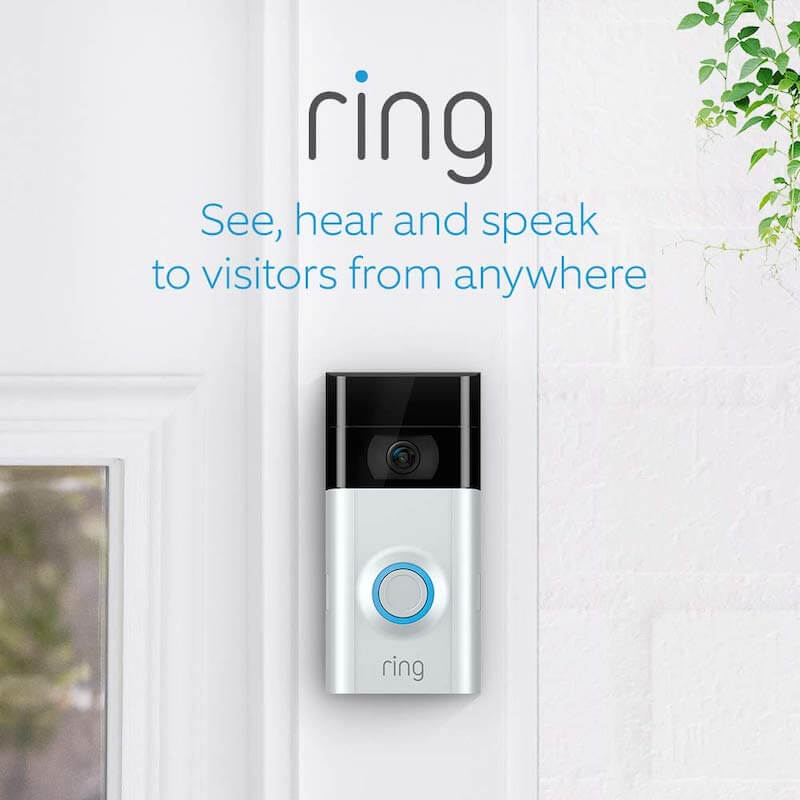 A Brief Look at the History of Ring

Ring itself is a relatively new brand. The company was founded in 2013, and quickly gained a reputation as a trend-setter, attracting seed capital from basketball superstars, and appearing on nationwide American TV shows. But unlike some faddish companies, Ring didn't burn brightly, only to fizzle out. It took its early success and created the Ring Video Doorbell. In the process, it captured a huge chunk of the growing market for smart alarms and entrance systems.

The original Ring Doorbell also captured the attention of Amazon, which was on the lookout for ways to complement its Alexa smart home system. With its wifi-based connectivity, HD video, and customisation options, Ring's security products were the perfect fit, and the companies merged in 2018.

Since then, the company has diversified, adding a Pro version of the original Ring Doorbell, and also introducing the Ring Video Doorbell 2. Responding to the proliferation of smart home tech, the new Ring Doorbell improves on its less sophisticated little brother in many ways, providing a totally new way to secure UK homes. But how does it work and what exactly does it have to offer?

At its core, the Ring Video Doorbell series is quite simple. All models in the family include a camera and two-way microphones, which attach to existing doorbells or replace them entirely. The whole ensemble resembles a traditional doorbell, albeit with a camera visible above the button. But when you dig into the system's features, a range of aspects emerge that sets the Ring Video Doorbell 2 apart.

And the original Ring Video Doorbell: 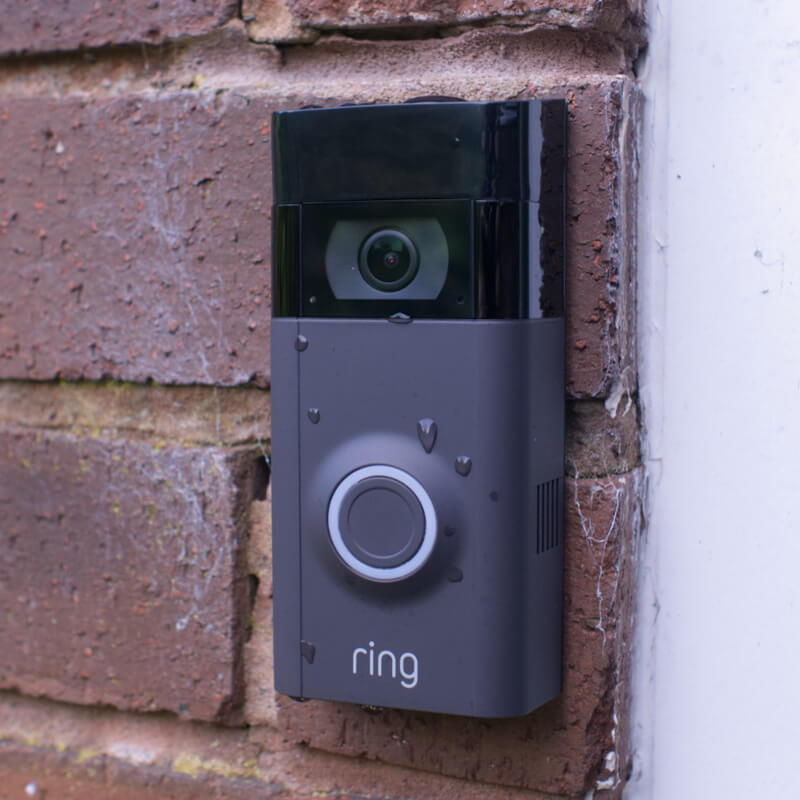 What Can the Ring Video Doorbell 2 Actually Be Used For?

By now, we've got a pretty good idea of what the Ring Video Doorbell 2 has to offer, but what can it really be used for? Is it the essential security tool that Amazon tells us it is? Well, there are certainly a range of potential benefits of installing smart, video doorbell technology.

Ring Video Doorbells don't tend to come in a wide range of styles. There are two colours (Venetian bronze and satin nickel), and that's about as far as the buying options go – at least for the video doorbell itself. Customers do have the option of adding extra products to their purchases, and that can be both cost-effective and a way to enhance the product's capabilities.

Most importantly, you may want to hunt around for a Ring Video Doorbell 2 and Chime bundle. The Chime is also a Ring product and integrates with Video Doorbell technology seamlessly. These compact accessories are essentially a kind of smart speaker, which extends the range of Ring Video Doorbells. Using standard wifi networks, the volume of Chimes can easily be altered with the Ring App, and the “Do not Disturb” setting turns them off entirely. You can also schedule this to kick in after a certain time, ensuring that your nights aren't disturbed by alerts.

Aside from bundles, buyers will need to decide where purchase their Video Doorbell 2. Amazon is obviously a good place to start, particularly if you have a Prime subscription (and especially when Prime Day is in full swing). But plenty of UK retailers cater for the video access market, and all of the major merchants will be covered by the hotukdeals Ring Video Doorbell 2 listings.

What Has Ring Video Doorbell 2 Review Feedback Been Like?

Before you rush to Amazon to purchase a Ring Video Doorbell, why not consult the experts to make sure that Ring's product is among the best in the business? As usual, the Ring Video Doorbell 2 has been put through its paces by the tech media, and – as you'd expect from Ring – the outcome has been plenty of positive feedback.

PC Magazine surveyed the video doorbell scene and highlighted the Video Doorbell 2 as one of the best around. It praised the ease of installation, the ability to use hardwired or battery power, the customised motion detection settings, and the ease of hooking up Ring doorbells to Alexa. The magazine wasn't so excited about the need to take out Ring Protect subscriptions to access video storage, but the bottom line was clear: the Ring Video Doorbell 2 is ideal for users who want a simple, wireless access management option.

Expert Reviews also took on the Ring Video Doorbell 2 and came up with a very similar judgement. Awarding the new Ring Video Doorbell 5 stars out of 5, the website was enthusiastic about the device's easy installation, video quality, audio options, and “reasonable” price point – at least compared with alternatives from Nest. On the negative side, there wasn't much to say, beyond noting that Chimes may be needed for larger homes and a few gripes about motion detection. But overall, the magazine was very positive.

That's the most common response from industry journalists. But what about customers? Feedback at Amazon ranges from glowing to damning – as with almost any product you can imagine. On the debit side, some commenters note lag between the doorbell ringing and video kicking in (which may be due to the speed of local wifi networks), and unreliable performance. Some users report very short battery times, some criticise the quality of motion detection, while some report that video recording doesn't actually start when visitors arrive – so they only receive footage of people leaving.

That's not a universal experience, by any means. The quality of the user experience will often depend on how well the Ring Video Doorbell 2 is setup, and speed is a major issue. But it's worth bearing in mind that Ring's products aren't perfect, and buyers should always weigh up alternatives. 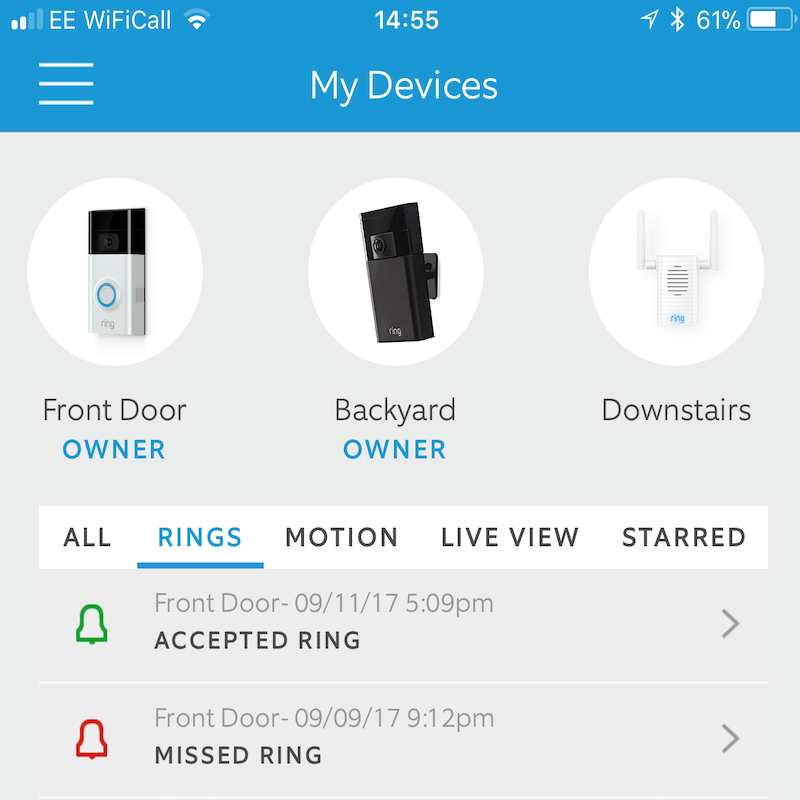 With a price difference of £50 between the two devices (or more in some cases), some customers will gravitate towards the original Ring Video Doorbell instead of its successor. But is this a good idea?

As you can see from the specification sheets quoted above, there are some obvious technical differences between the two devices. The original Video Doorbell provides 720p video, compared to 1080p – and that's a noticeable difference. The Ring Doorbell 2 has more comprehensive smart tech compatibility, so you'll have a much better chance of syncing it to Google Home, the night vision is considerably enhanced, and the removable battery makes charging much easier.

Basically, the Ring Video Doorbell 2 offers improved video and ease of use, while the original model is cheaper. Both deliver excellent performance compared to older video access systems, and both work well with Alexa and conventional smartphones. So think a little before choosing the more recent model. The older model, with an additional Chime speaker on the side, could represent better value for money.

Ring Video Doorbell 2 Installation: Is It Simple Enough for Most Users?

When setting up smart security systems, nobody wants to wrestle with complicated circuit diagrams and run the risk of shorting their home wiring. With that in mind, many users will want to know, does Ring Video Doorbell 2 have to be hardwired? If so, this adds complexity to the operation, and would probably necessitate the use of professional electricians.

However, as we've noted already, the Ring Video Doorbell 2 can be powered by its removable rechargeable battery or run via mains electricity. There have been reports that Ring Video Doorbell 2 battery life isn't as long as it should be, so users may prefer to hardwire their doorbell. And if so, it's a good idea to bring in the experts.

On the other hand, Ring offers demonstration videos regarding physical installation, and if you follow these closely, there's no reason why you can't succeed.

In any case, users will need to configure their Ring Video Doorbell 2 with their smartphone and smart tech systems. Doing so is very simple.

Finally, when installing the device, you may want to consider the question is Ring Video Doorbell 2 waterproof? There's a good reason for this. While the Ring Video Doorbell 2 has been engineered to handle extreme temperatures, it's not so adept at handling torrential rain, and there have been reports of devices failing during periods of very wet weather.

Because of this, it's best to assume that the Video Doorbell is less than 100% waterproof. It may also be wise to attach some kind of metal or plastic hood above the doorbell (without obscuring the camera), providing an effective shield for the doorbell's fragile components. 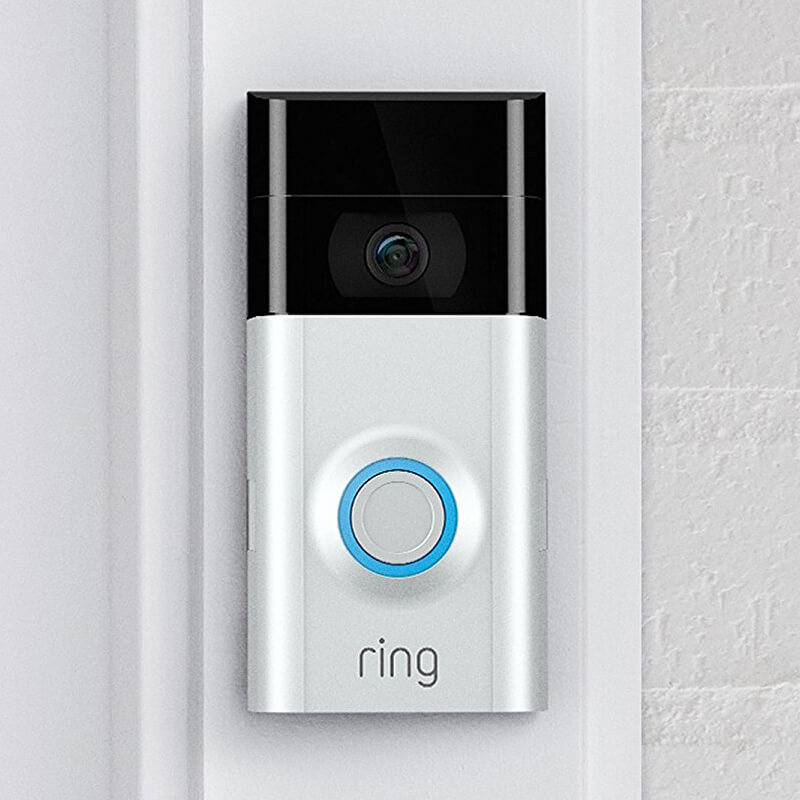 How and When to Secure the Cheapest Ring Video Doorbell 2 Deals?

In recent years, homes have been provided with a host of new security tools, including Ring's hugely successful Video Doorbell series. So why not take the plunge and replace your tired old ringer with a slick, super-smart Amazon entry management system? Well, there's one good reason that deters many people, and that's price.

The Ring Video Doorbell 2 retails for well over £100, and when you add in installation costs, Chime speakers, and subscriptions to Ring Protect, that cost can increase significantly. But that doesn't need to be the case. If you shop smart, you can smarten up your home security at a Ring Video Doorbell 2 sale, and the hotukdeals Ring Video Doorbell 2 listings is the place to do so. Our listings feature the latest deals from merchants like Currys, Argos, John Lewis, AO.com, BT Shop, Toolstation and Amazon.

When you shop, bear in mind that timing your order can make a difference. Unsurprisingly, Amazon Prime Day is a good time to find Ring bargains, so waiting until mid-Summer could make sense. Black Friday/Cyber Monday in November is another prime bargain-seeking occasion, and the New Year could be worth a look as well.

The Ring Video Doorbell 2 can be wireless or hardwired, provides 1080p HD video, allows owners to talk to visitors without opening the door, offers motion sensor alerts that can be precisely tailored to individual needs, and even lets you check footage from your doorway while you are taking a break at work. In short, it's a cutting edge home security product, and anyone who wants to boost their domestic security can find the very best Ring Video Doorbell 2 prices at hotukdeals.