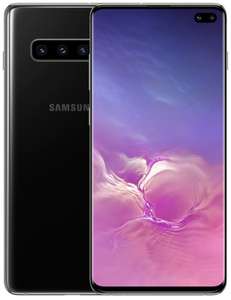 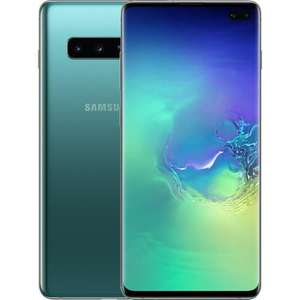 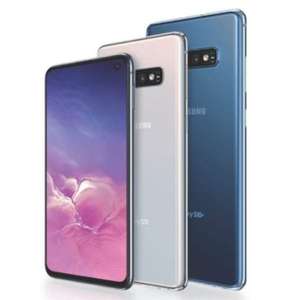 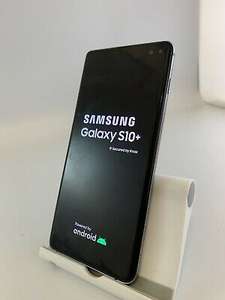 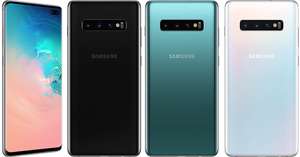 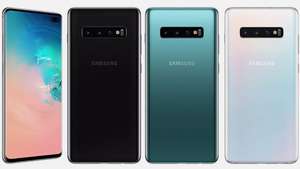 Launched in February 2019, the Galaxy S10+ is the latest in a long line of high-performance smartphones from one of the world's most popular manufacturers. Mixing up groundbreaking display technology with photography options that put other phones to shame, the S10+ packs a real punch. But is it the deluxe smartphone you've been saving up to buy?

This buyer's guide will look at what the S10+ has to offer. We'll check out its major features, find out how to buy it, and set it alongside the leading alternatives. That way, we can make sure you've found the perfect smartphone upgrade. 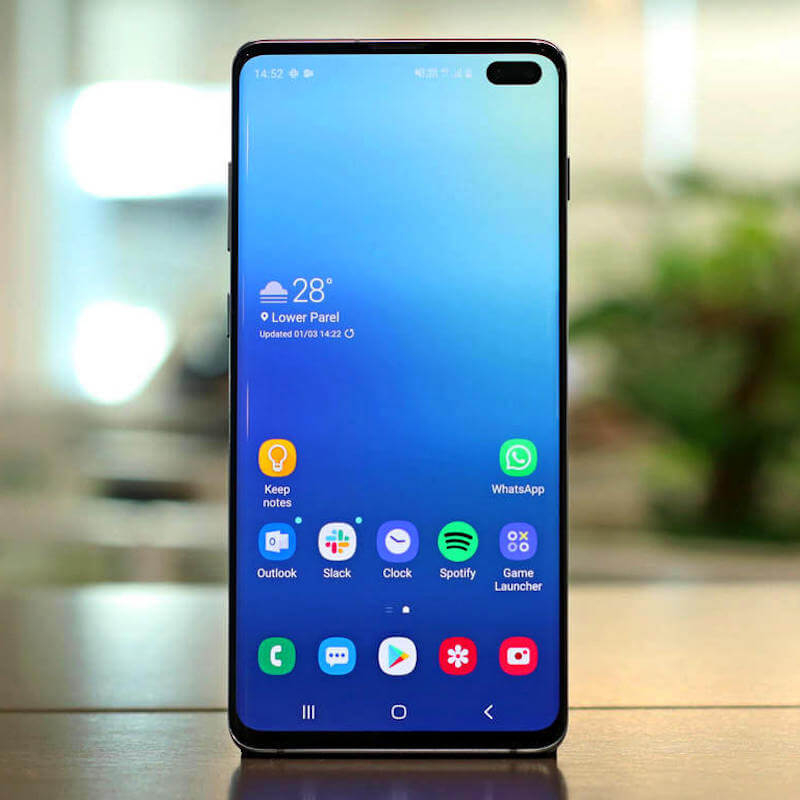 Getting to Know the Samsung S Smartphone Series

Firstly, what does the “S” actually mean? In this case, it doesn't stand for “smartphone” as you might expect. Instead, Samsung labelled the first S family phone “Super Smart”, and the tagline has stuck. Over the years, the S family has lived up to its billing, offering a series of advanced phones which has remained at the top of the tree, competing fiercely with Apple every step of the way.

The family debuted in March 2010, and immediately set down a marker that successors have built on. In those days, the display was comparatively small (4.1-inches), but the speed with which the original S could process visuals was out of this world. No phone had ever been as suited to video streaming and gaming.

As you might have guessed, 10 iterations of the Samsung Galaxy S have come and gone since then. Pixel resolutions have become more fine-grained, screens have grown, AMOLED has arrived, delivering deeper contrasts, bezels have disappeared, and charge levels have risen steadily. It's all contributed to a series which has developed in stages, always one step ahead of the competition.

However, we're not talking about a normal S family smartphone here. You've probably noticed the”+” sign after the 10, but what does that mean? Unsurprisingly, the S10+ is an enhanced version of the Samsung Galaxy S10. Since the S5, Samsung have added a slightly larger, more powerful version of the basic S family, giving buyers more choice about which model to go for.

This time around, the S10+ builds on its little brother in several ways. We'll get onto which one to choose later, but for now, let's summarise where the two phones differ: 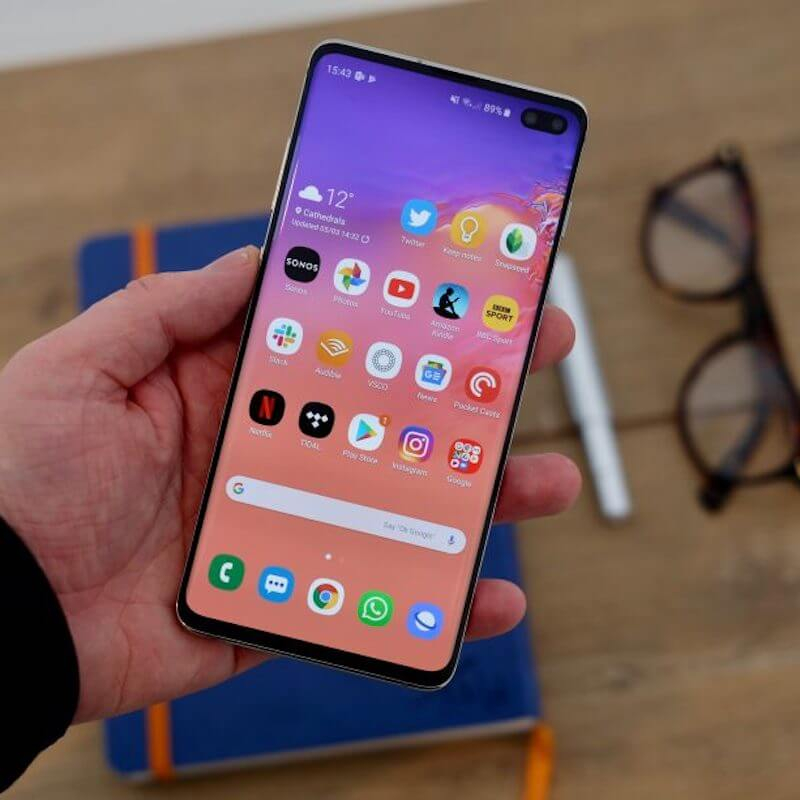 The Most Important Features of the S10+

So, the S10+ is definitely a step up from the S10 (which, remember, is going to be reflected in the price point too). But let's focus on what the phone has to offer on its own merits. There are several vital features here that make the S10+ special: 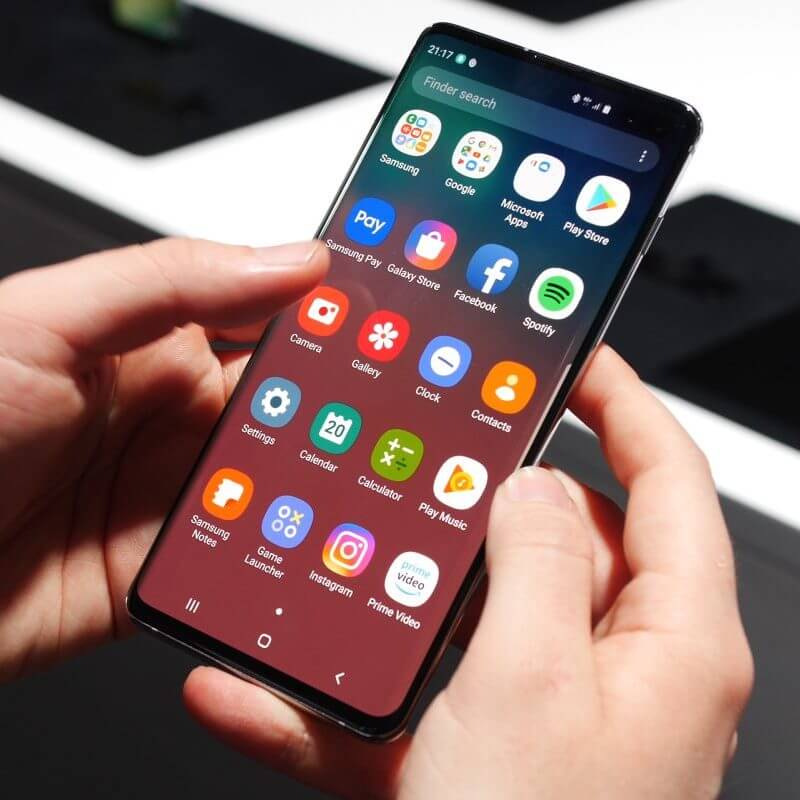 Those are the basic features, but what is the S10+ like to actually use? This is where expert opinion comes in really handy. So what has the tech press thought about Samsung's high-end smartphone?

Overall, feedback has been extremely good. Tech Radar is a great example. In their in-depth review, they called it “Samsung's biggest and best phone at the moment”, and praised its display, photography options, and newer features like wireless charging and the ultrasonic fingerprint scanner.

Endgadget seconded Tech Radar's verdict, calling the S10+ “predictably great”. But the reviewer did note that, while the S10+ is top of the line, it does seem a little stale. Many commentators mention the coming generation of “foldable” phones, and that's something the S series hasn't embraced. Still, given that foldable phones are in their infancy, that's not really a significant criticism of the S10+.

There have been some critics. Tech Radar were positive about almost everything, but did note that the edgeless screens can result in some false swipes. In an otherwise very positive review, GSM Arena also pointed out that the fingerprint scanner can be a little annoying, and selfies aren't always as crisp as they could be, especially in low light situations.

The Samsung S10 Plus Specs

The only way to get a good all-round view of a smartphone is via its specifications, so here goes for the S10+: 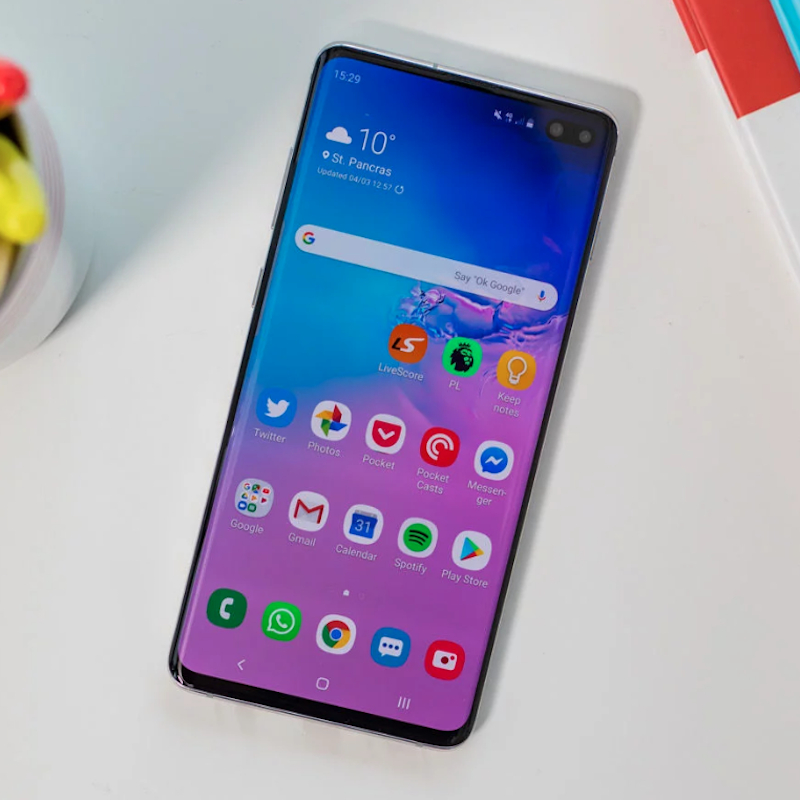 Choosing the right model of S10+ can make a massive difference to the price you pay. None of the models are cheap compared to other manufacturers, or even the S10 or S10e, but there are significant price differentials within the S10+ collection:

All S10+ models come in black or white varieties. However, only the basic model comes in a green version – which is a bit of a shame. It's also well worth noting that existing Samsung owners can trade in their phones to save money on an S10+. To do so, you'll need to buy your upgrade via the Samsung website here, and use the “Trade-In” option at the ordering stage. When your new phone arrives, you'll need to package up your old model, send it back, and Samsung should credit you for its trade-in value.

However, don't buy anything just yet. You may want to switch your purchase to another phone from the S10 family. As we noted earlier, the S10+ has been accompanied by a slightly less powerful younger brother – the S10. So how do they compare?

First off, the S10 has similar RAM and storage space for lower-spec versions, but doesn't have a 1TB/12GB version (and there's no fancy ceramic model, either). But for most buyers, this won't make a huge difference. And the processor is the same as well, so gaming or video watching won't be very different.

The selfie options on the S10+ are slightly more sophisticated, so photographers might be swayed. And the screen is much larger, which is a considerable benefit for movie or TV fans. It's up to you whether those enhancements make it worthwhile to spend £100-200 more. But there's no doubting they add up to a more satisfying smartphone experience.

On the other hand, if value is your primary guide, the S10e could be a decent option. Retailing for half the price of the S10+ in some cases, the S10e is a cut-down cousin of the S10/S10+, but still does the job in most areas.

In fact, it even outdoes the S10 with its more comprehensive range of colours, the cameras are just as capable, and the Dynamic AMOLED display is also top of the line. The display isn't as big, at 5.8-inches, but the S10e is still an excellent phone.

If you've set your heart on the highest-spec smartphone you can buy, there's another factor to bring into the equation: should you opt for the S10+, or the Apple iPhone XS Max?

The usual Apple vs Samsung questions apply here. For instance, the S10+ comes with a 3.5mm jack, while the XS Max is totally wireless. Android forms the basis for the S10+ OS, and is easier to customise, but iOS is reliable, regularly updated, and generally easier to use. And Bixby has been improved on the S10+, but Siri is still more helpful for most queries.

The Samsung S10 Plus probably has the edge in terms of sheer speed, beating the XS Max in consumer tests. This is most likely due to the Samsung phone having much more RAM than the XS Max, something which should pay dividends when running apps and playing games. Then again, the S10+ was also found by reviewers at BGR to be slightly less reliable when actually using apps than the Apple phone which suffered fewer crashes. Both should offer a pretty smooth user experience, but this is worth bearing in mind.

In design terms, there's not much to choose between them. While the S10+ is slightly thinner (and hence, easier to hold in one hand), the XS has a more solid stainless steel construction, which beats the aluminium version of the S10+ (although probably not the ceramic special edition). And both phones have exceptional displays, although most experts agree that the XS Max is slightly brighter and crisper.

The truth is that both the S10+ and the Apple iPhone XS Max are high-end, high price phones which deliver similar levels of performance. Which one you choose will depend on your brand loyalty more than anything else.

When you come to purchase an S10+, it makes sense to bundle in any accessories you think you'll need. That way, you can save money on future purchases. However, check the hotukdeals listings for accessory deals, as in some cases it can make sense to divide your purchases. In any case, here are some accessory options you'll want to consider: 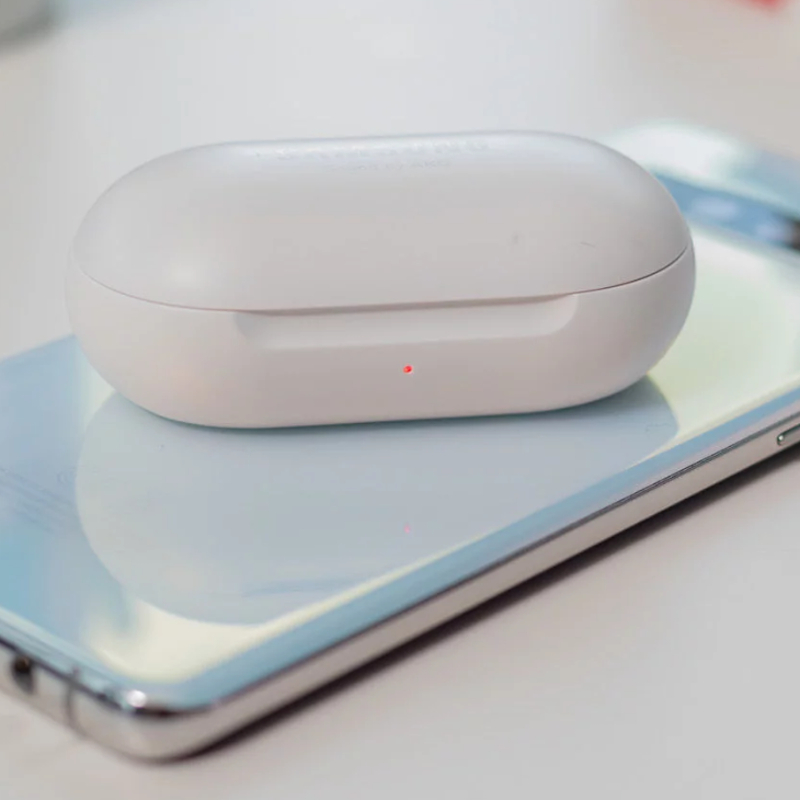 How and Where to find the Best Samsung S10 Plus Deals

If the time has come to upgrade, and you've set your heart on the finest phone money can buy, the S10+ is a great option. But it's also a very expensive smartphone to buy, so finding the lowest possible prices is vital. Let's help you do so.

Firstly, make a sensible decision from the S10+ range. Don't buy the ceramic 1TB version unless you a) know you'll make use of the capacity and build-quality, or b) aren't worried about money. Instead, think about the 8GB options, and weigh up whether 128GB or 512GB works for you. Capacity matters, but most people should get by on 128GB.

When you've worked out which model is for you, it's time to start bargain hunting. And in that case, the place to head to is the hotukdeals Samsung S10+ listings. Our listings bring together deals from the UK's biggest smartphone sellers. They're all here, from the Samsung Store to Carphone Warehouse, Argos, Very, Sky Mobile, or Mobiles.co.uk and many more. So if a deal is advertised, we'll make sure you don't miss out.

This includes handset only and contract deals. So think about that as well. If you can pay upfront for an S10+, it might be cheaper in the long-run, but decent prices for contracts appear all the time. And when you factor in data, the overall costs can actually work out cheaper.

If you can hold out until sales periods, that's another factor to consider. For instance, Samsung phones tend to crash in price around Black Friday and Cyber Monday, when retailers prepare for Christmas. So shopping then can result in big savings. However, whenever you buy, and whatever S10+ model you're after, hotukdeals can help you save.

The S10+ has already established itself among the finest smartphones ever manufactured. With its dynamic AMOLED display, sharp photography options, high-end processing abilities, and pure aesthetic style, Samsung's latest addition to the S family continues a long line of engineering achievements. If you want to upgrade, you'll find the best prices around at the hotukdeals Samsung Galaxy 10+ listings.